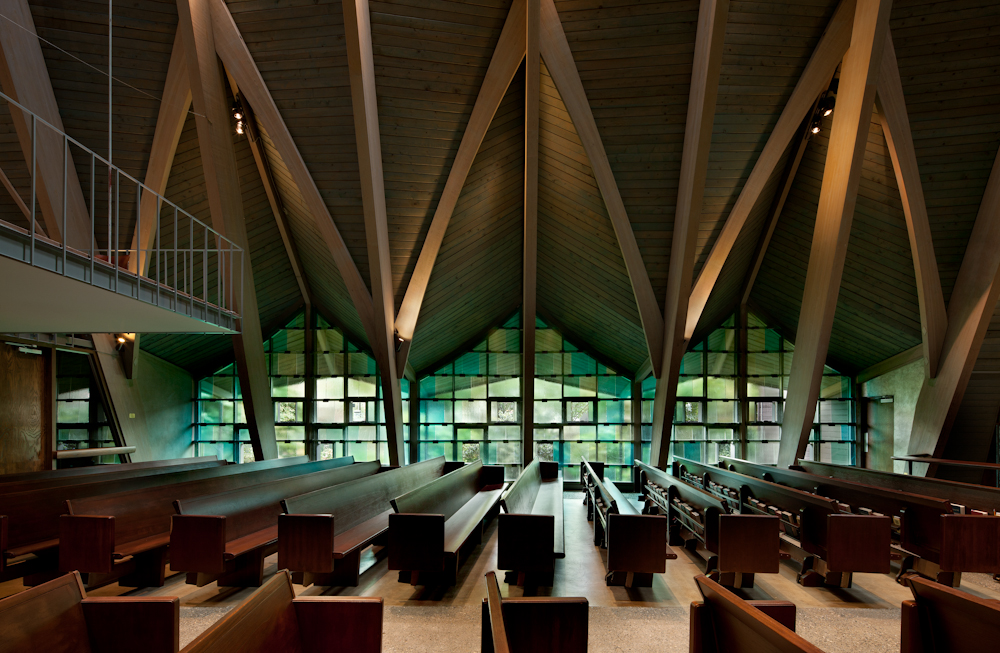 Careful choices about stripping away the years of accumulated renovations that had marred the powerful space were required. Geometries from the dramatic roof are subtly used in the new addition to create a relationship to the existing structure, without imitating its iconic drama. The new shingled art glass wall evoking detailing of the powerful copper shingles of the exterior replaces the
existing cheap, 1960’s plastic film coated-single pane glass. The project was initiated and completed during the recent economic downturn, with extreme energy and dedication from the congregation, building committee and design and construction teams on a modest budget of $85/sf.

The design, fabrication and installation teams worked closely during the entire process. Extensive physical models and large scale details were worked continuously throughout the collaborative process.