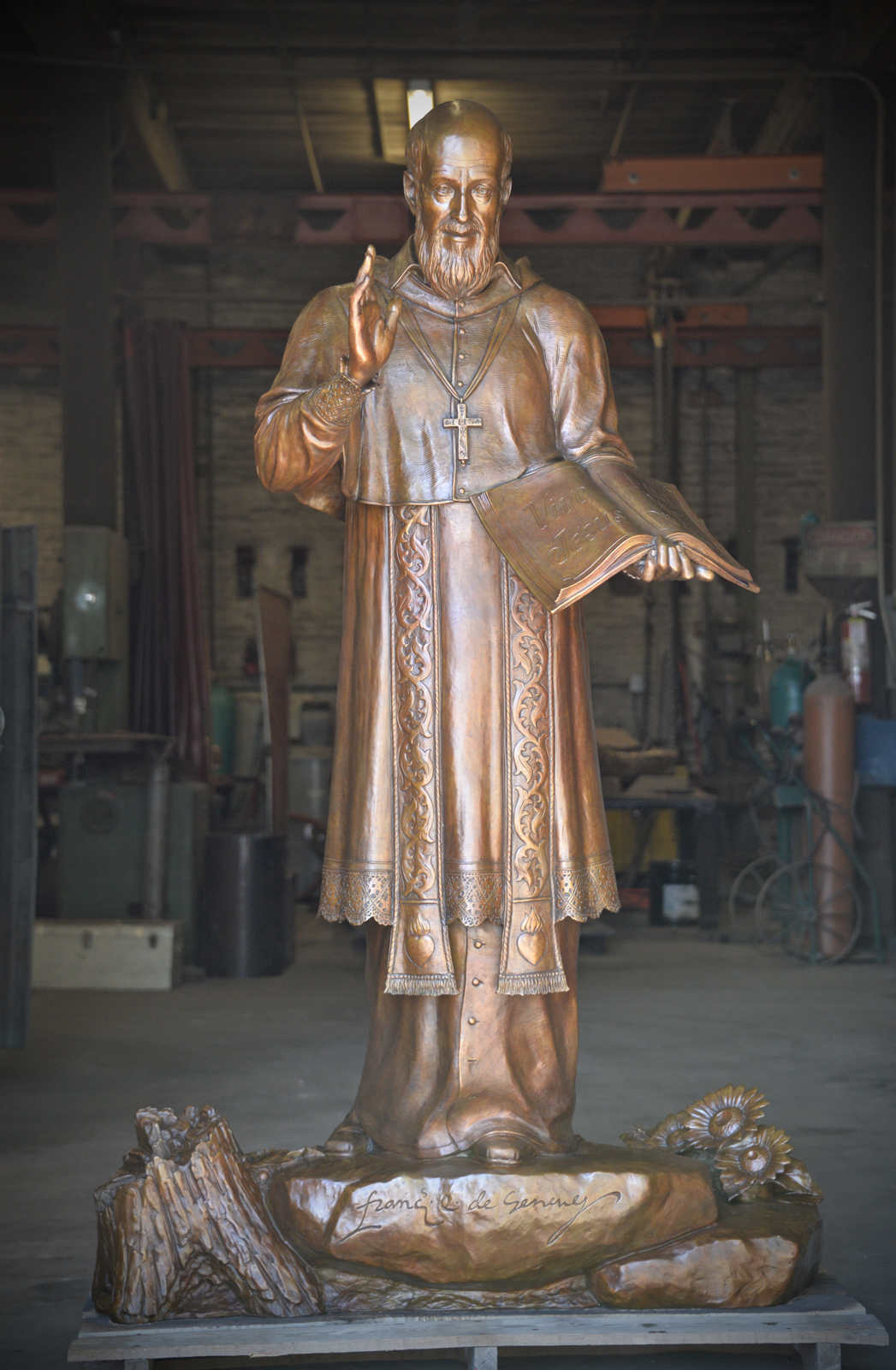 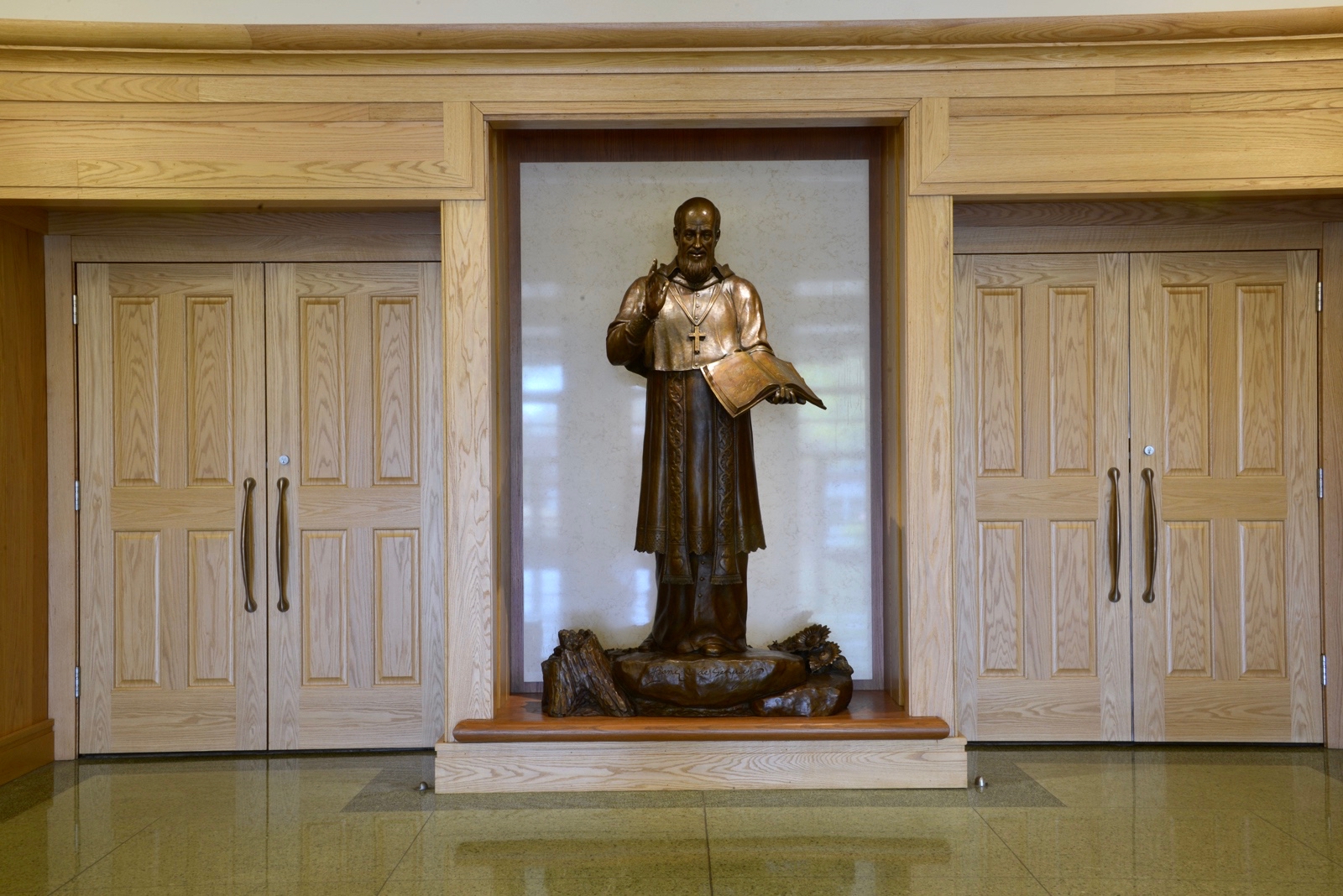 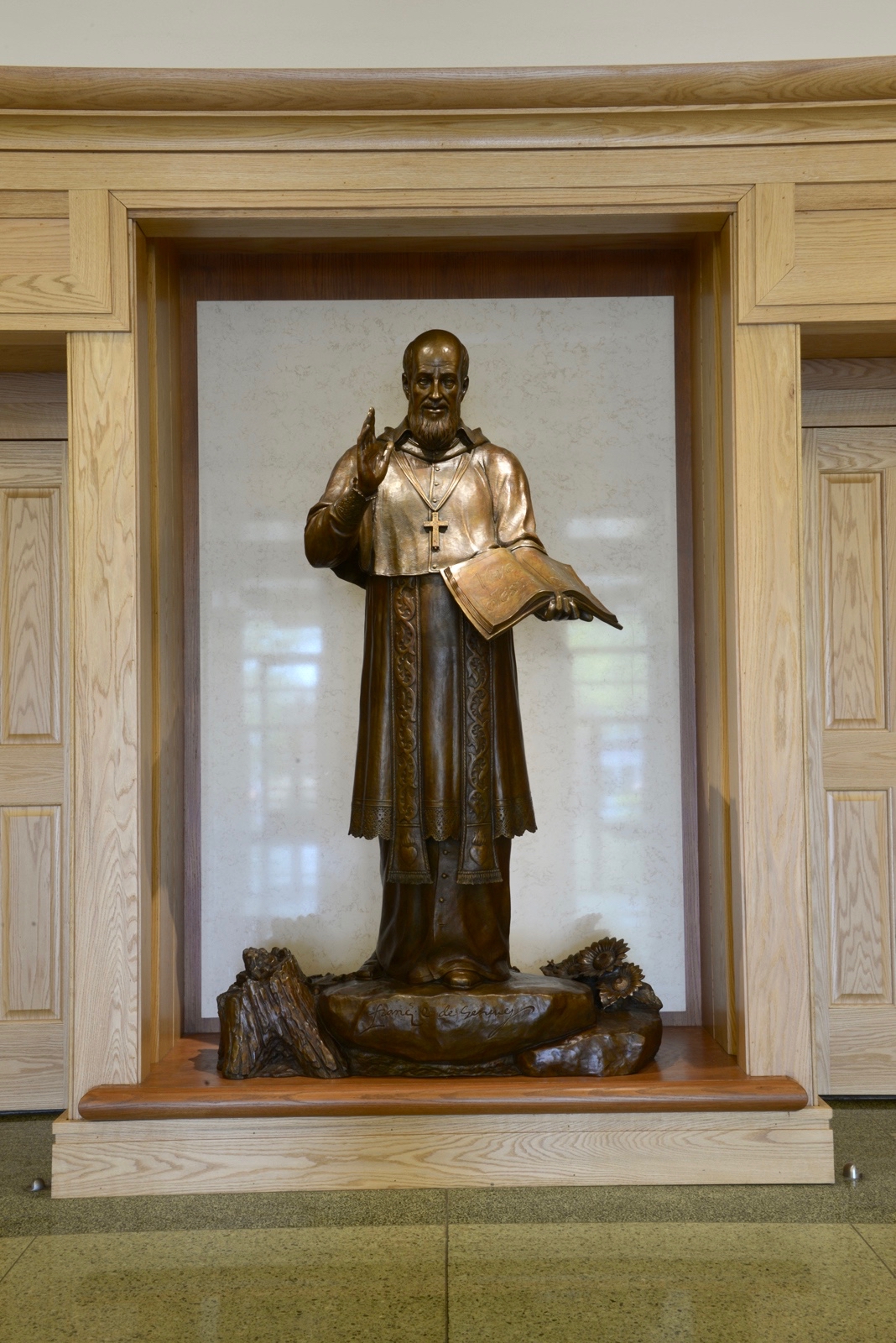 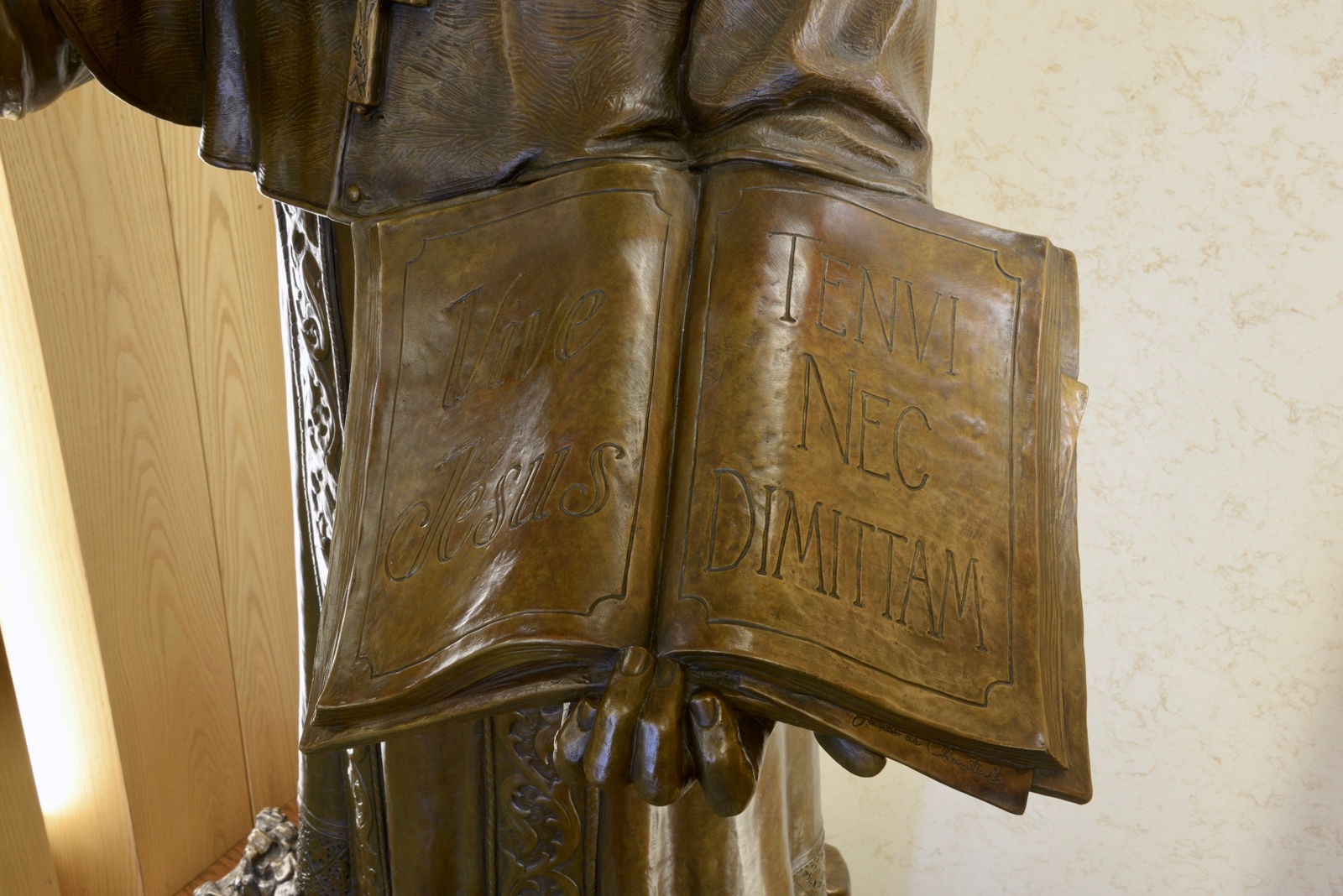 I was asked to design a lifesize portrait figure of St. Francis de Sales for an existing niche. The niche is wide and shallow. The back wall panel and lighting were installed in advance. It was requested that the figure stand one head above anyone within the lobby when crowded. It was requested that I tell as much of his story as possible visually.

This bronze statue was part of a larger upgrade to the school's lobby and library. Since the niche existed already and had only ever had a painting hanging in it, it seemed to me this was a goal they had long wanted to accomplish. The lobby is not overly large. The niche sits between two sets of doors to the auditorium and faces the main entrance. The lobby is at the mid point of a the long main hallway. It is a very high traffic area and the statue gets a lot of attention, serving as a photo op for many milestone events associated with the school community.

I worked closely with the architect to get the best effect of the existing space and lighting. In their drawings they used a stock statue. This made apparent the niche was an odd proportion for a human figure but allowed me the opportunity to add in elements I would need to tell his story. I made a rough 1:4 scale maguette that was enlarged, finish sculpted and cast in bronze. Additional overhead lights were re-positioned after the statue was in place. I worked with the contractor to assure the floor of the niche was able to support the final weight of 600 pounds. I relied on wheeled dollies and foundry workers to help me install it as there was no way to get lifting equipment to the location. I got the feeling from the beginning, for the president and principal of the school this was the crowning element of the upgrade and they were more than excited to be involved in the creative process.