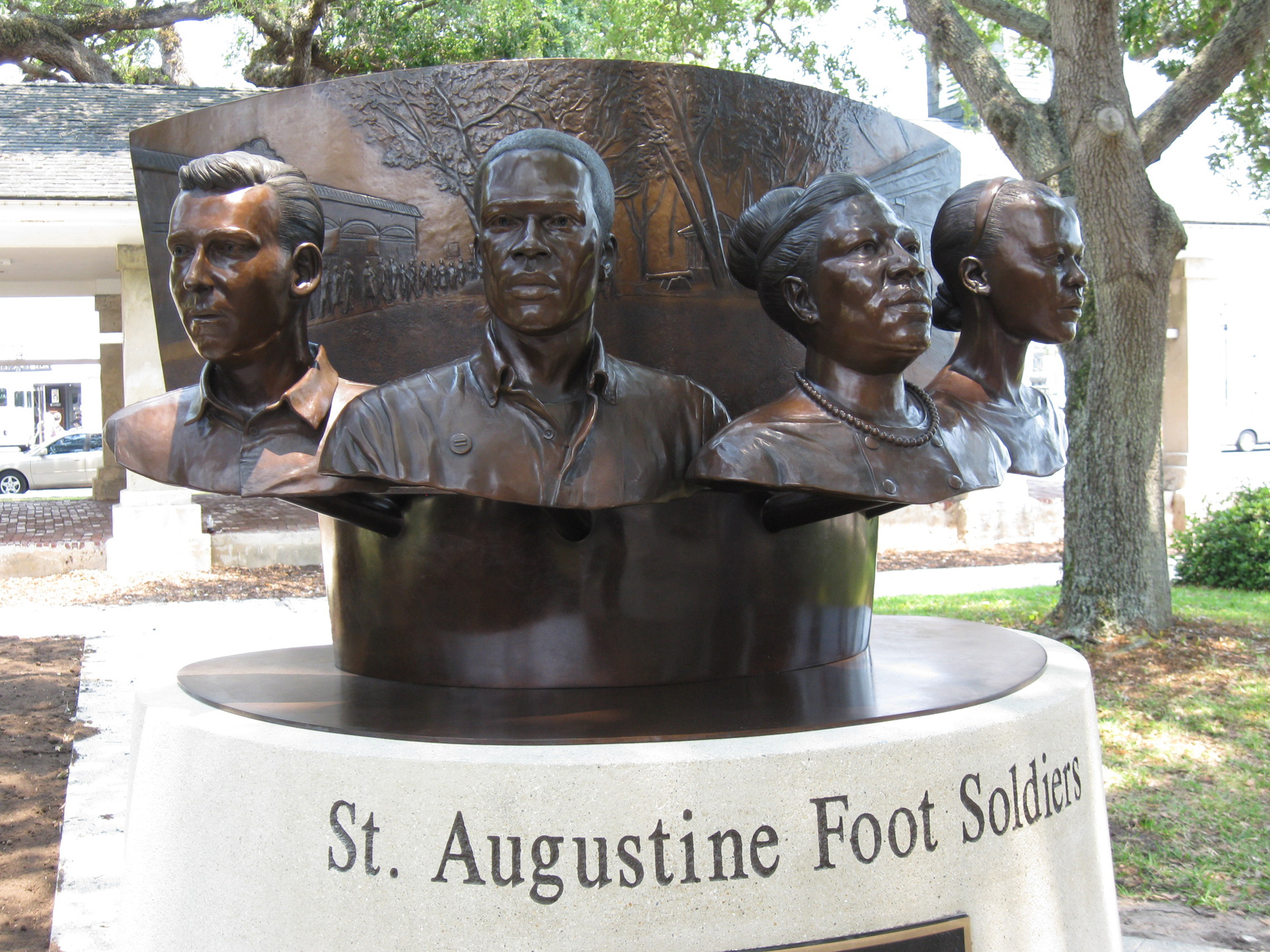 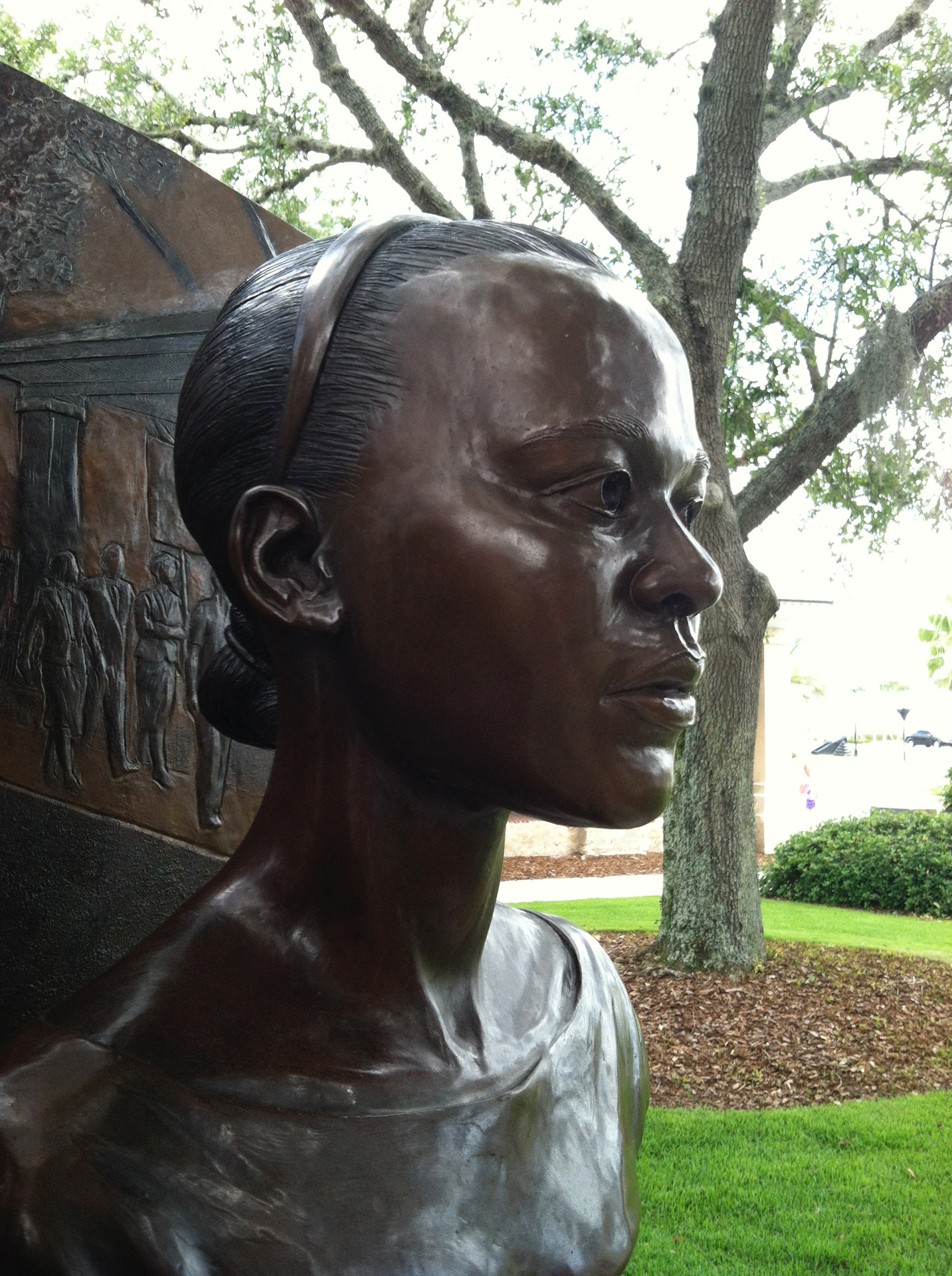 A cast bronze monument on a cast stone base, standing 6 foot – 4 inches tall, located in the heart of historic St. Augustine, Florida – the oldest city settled in America by Europeans – less than 100 feet from a structure that was used as an open market for various goods including slaves.

The primary goal of the project was to honor the many, ordinary people who contributed to the struggle for civil rights in St. Augustine. The monument is placed in a corner of the very park that was the epicenter of demonstrations and staggering violence. The monument includes a relief of the park as I imagined it in 1964 and '65.

The commissioning agency decided on the demographic types they desired to be represented and I created the design in response to that. Sculptor Enzo Torcoletti - an advisor to the commissioning agency - designed the base and the City designed the walkways and landscaping in response. The parties agreed that it should have its back to a structure nearby that used to be a slave market and face a building where the first attempts to integrate a food counter were made.

The commissioning agency gifted the monument to the City of St. Augustine in 2011, with time to spare for the City's "450th Commemoration" in 2014. The Commemoration is a sort of birthday party that is held every 50 years. 2014 was also the 50th anniversary of the signing of the Civil Rights Act of 1964.