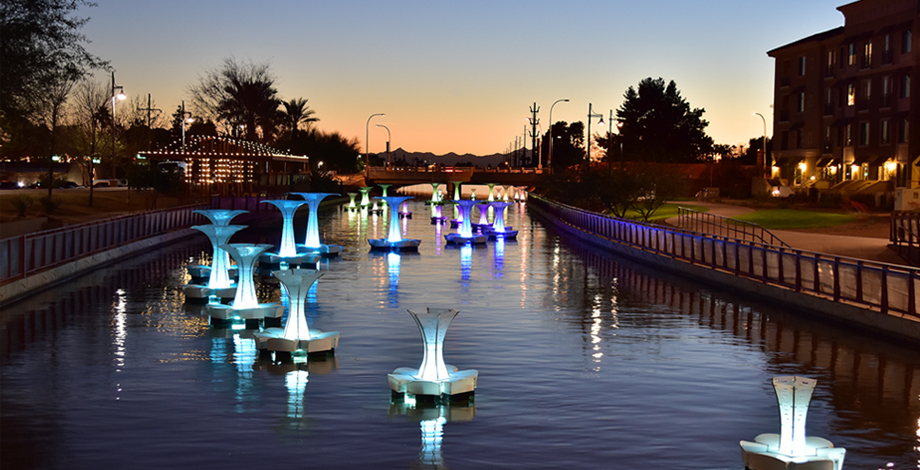 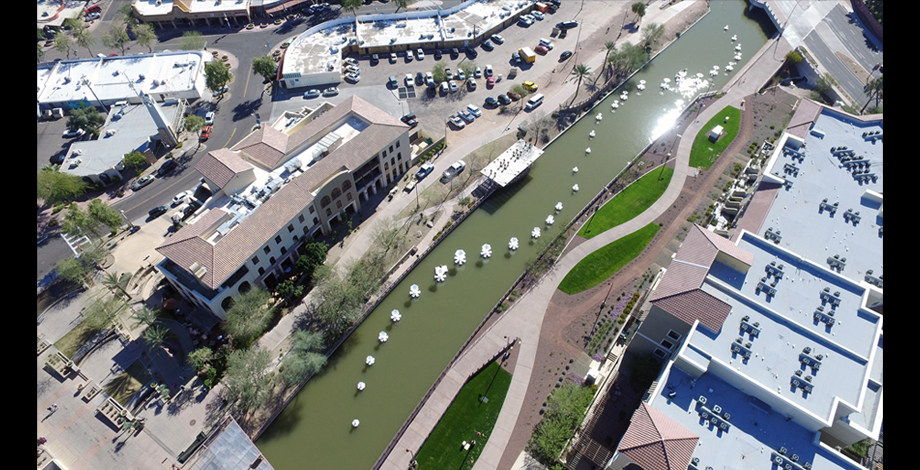 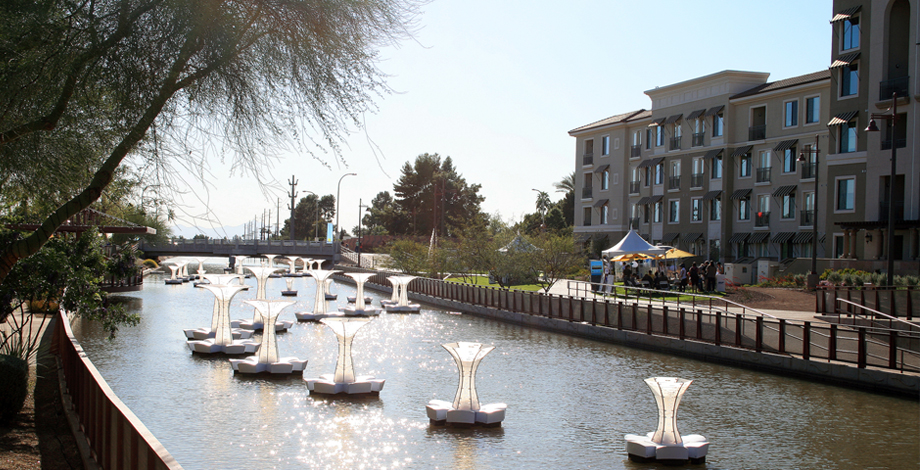 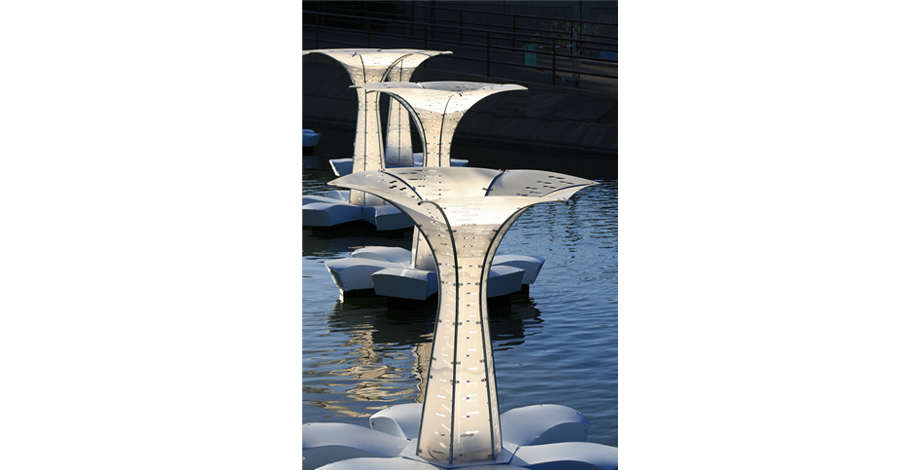 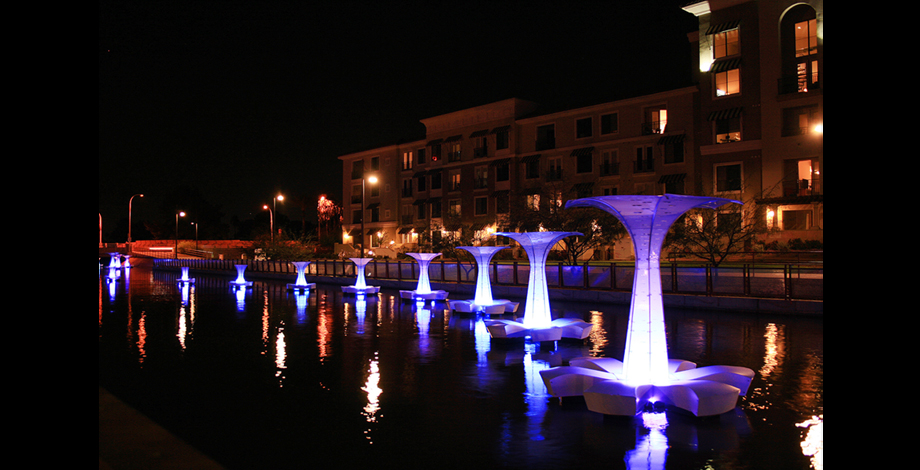 Water is capable of creating a variety of shapes. Liquid, crystal, and gas are the primary states of water but the shape variations are immense, such as snowflakes, clouds, mist, and so forth. Although water is capable of creating all these shapes, most of them are ephemeral and intangible to the naked eye. The shape created by the splash of a waterdrop is beauty, but we can only appreciate it if captured, in still views within thousands of a second. Our inspiration is drawn from its shape transitions. “Spiraling Droplets” is a sculptural expression of these captured moment in time.

The goal of the project was to activate the waterfront during the day and during the night. As well as the integration onto the site, the Salt River Canal. Thus, the project was approached in both a micro scale and a macro scale. The droplets consist of two water splashes, each containing 15 consecutive illuminated water droplets that progressively grow in size and shape. The consecutive evolution of the water droplets mimics the still motion frames of a water drop. The two drops sequence arrangement in the Canal was designed and inspired by the shapes created by water movement and flow. The Droplets floated over 600 feet over the canal south of the Marshall Way Bridge at the Scottsdale waterfront.

As Artist, we engage a broad spectrum of trades. Spiraling droplets included computer programmers and application developers. We consulted early in the project the feasibility to connect the artwork with a Facebook interaction. We worked closely with the programmer to ensure we had the right type of interaction that considers the volume of users and visitors interacting with the art project. Along with this Facebook interaction, we collaborated between the lighting designer and software consultant to ensure we were able to have a stand alone application for the lighting interaction

The droplets are illuminated with various light animations that are inspired by water elements and water landscapes as, refraction of running water, falling snow, reflections of a pool, a gloomy day, a breaking glazier, or the de-fragmentation of light that creates a rainbow. Virtual interaction: The animated illumination was connected to Facebook . When someone FRIENDS "Spiraling Droplets" on Facebook, it would play a light animation of a "Rainbow " to show that it has accepted your friendship. Then the visitor can post a "comment" and the Droplets would animate and "blush" with a red light animation.