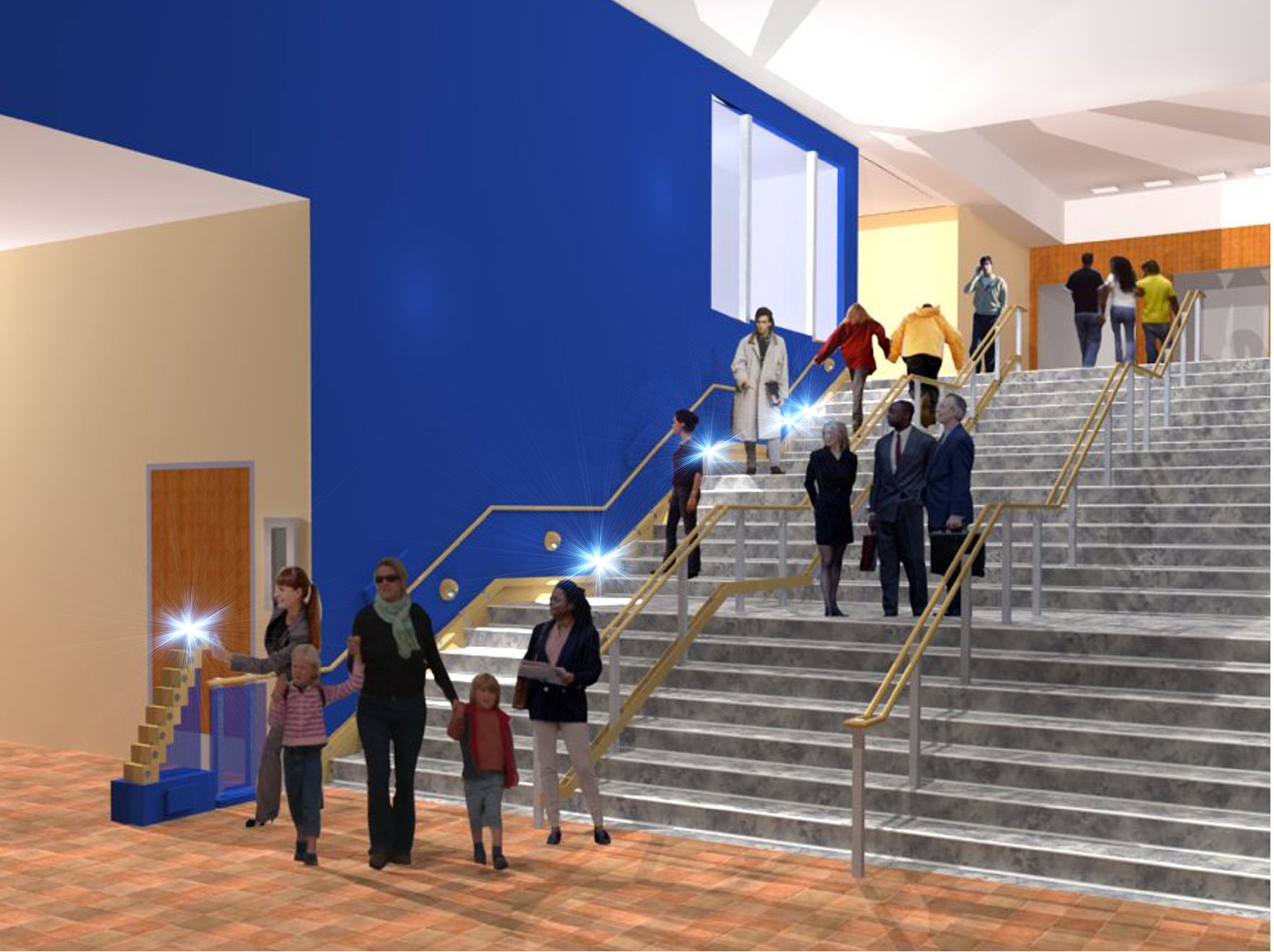 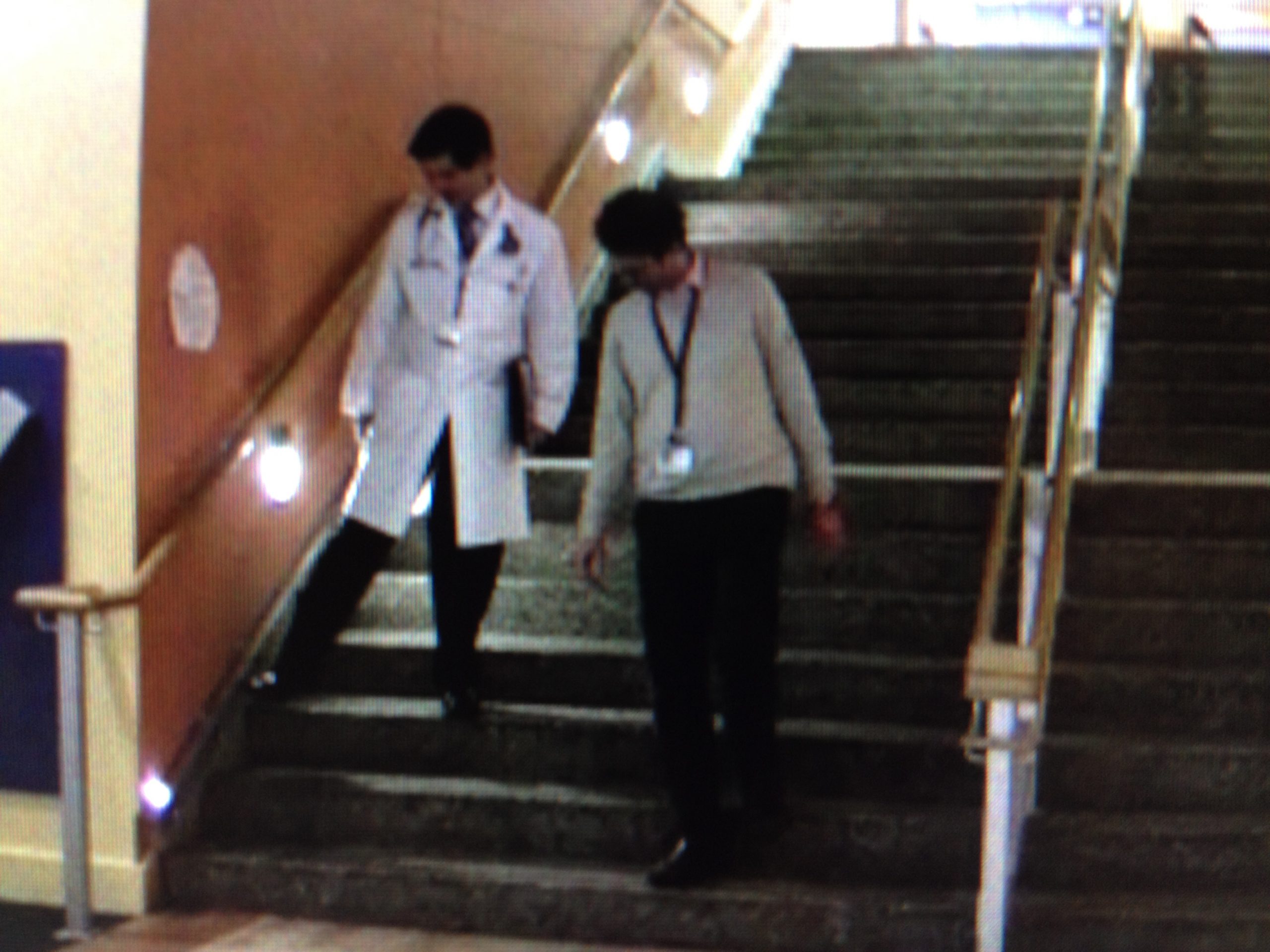 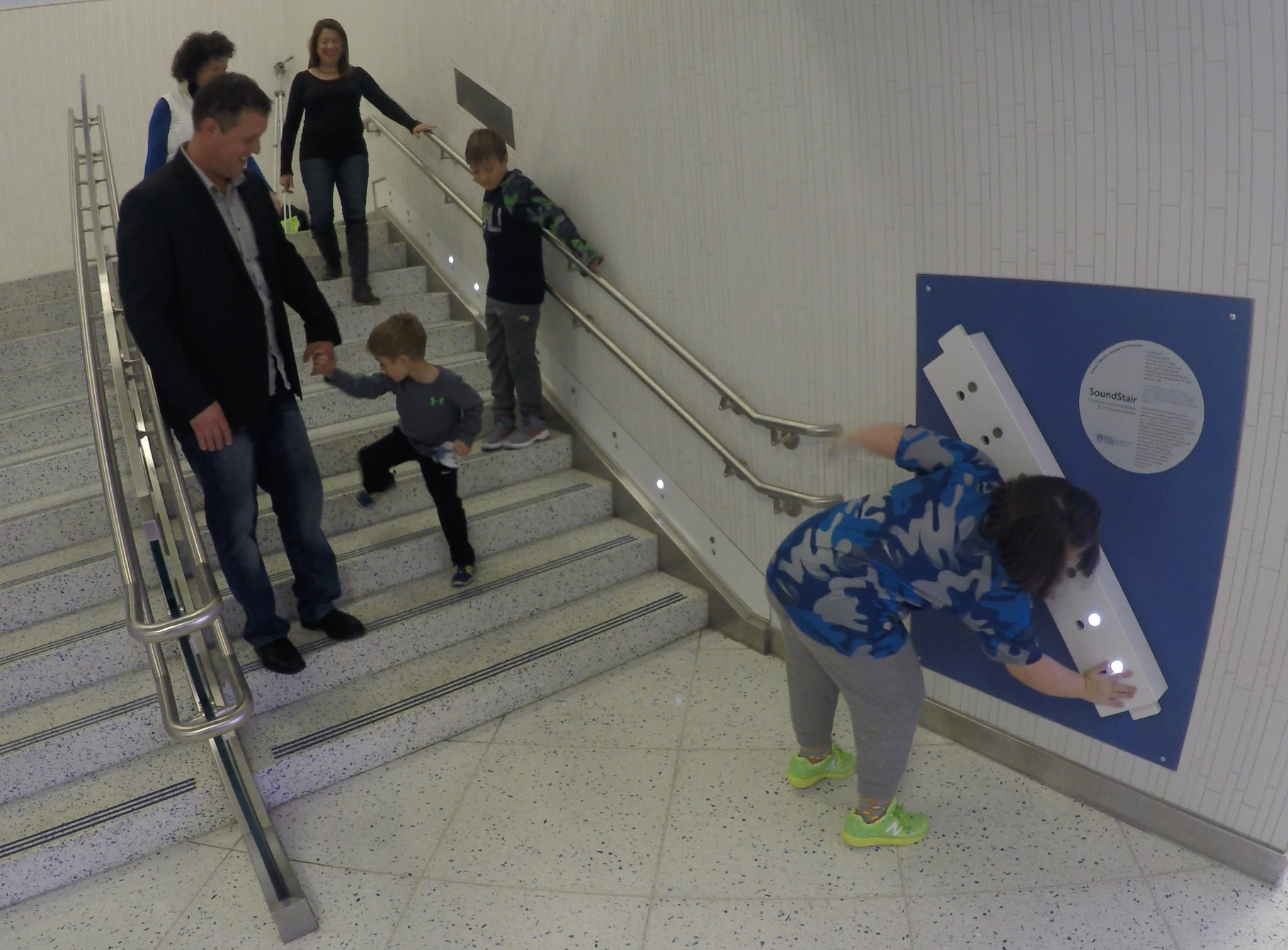 Trained as a architect and a jazz musician, Christopher Janney creates “Urban Musical Instruments.” In 2010 Childrens Hospital Boston commissioned Christopher to “animate” the main stairway. Because the stairway is composed of 22 steps with two landings, Christopher composed the mix of melodic and environmental sounds to change as a person walks up or down on the stairway. As well, the more people who move on the stair, the more sounds enter into the score. In this way, the Soundstair is an ever-changing environment, bringing mystery and curiosity to all who enter the hospital.

Sound design is a very under-used component in public space. With this interactive installation, Christopher’s work serves to enhance all the visual components in the space and bring an entirely “new” element into the hospital environment.

This was a commissioned interactive artwork for an existing stair. There was very little change to the visual environment, so Christopher was able to work well with the hospital designers and administration, bringing something new and unique to their design process.