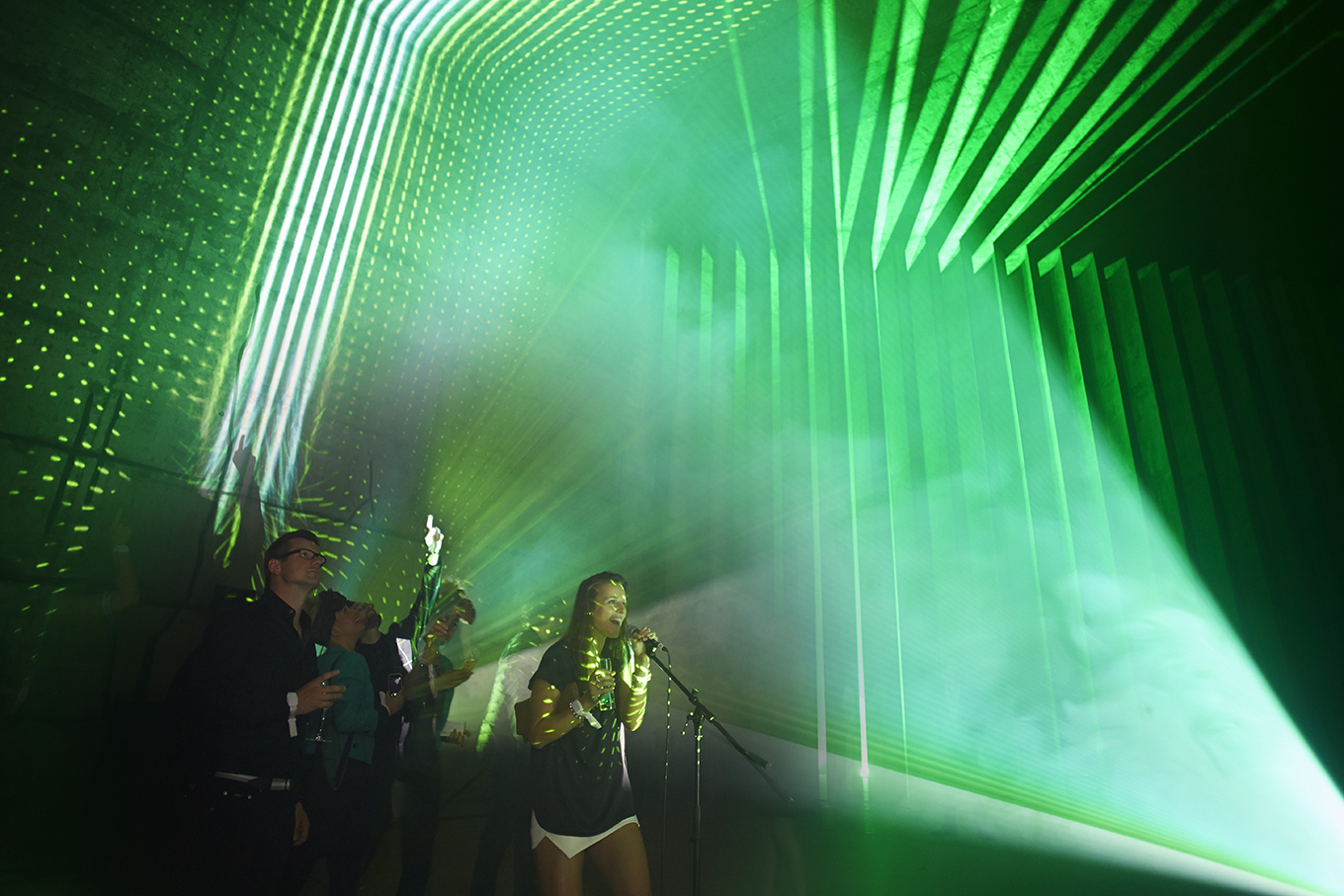 We were commissioned by WIRED Magazine to create a new interactive media art installation as part of Bentley Motors Night Call event in the historic Wind Tunnels at Farnborough Airport. This was the building where Bentley had tested its original V8 powered car design back in 1957 and the building had been abandoned for many years and only recently opened up for events. We instantly fell in love with the building and its history, however it was a very quick turnaround for such a large scale project and our ideas had to be achievable in a short time frame.

Our response to this challenge was to explore the relationship between sound, space and energy while referencing the building’s long history of aeronautical design and engineering. The piece was a sound reactive video installation built with custom software in Openframeworks that used a realtime fluid dynamics engine to distort and manipulate a set of vector fields. We designed and developed this custom software to allow us to visually map this huge space and to create a playful interactive piece that would engage the audience at the event while they walked through the tunnel to a further bar. The resulting sound scape sampled, effected and distorted the audience’s utterances and triggered additional lighting effects at each end of the space.

We used a set of six 20k Full HD Christie projectors with very wide angle lenses to cover the walls and ceiling of the tunnel in three separate bands along the lengh of the space. Each of these arches of light contained a pair of Naim Audio speakers and a pair of vocal microphones at their bases. As the software generated different virtual energy forces that slowly moved down the space, the audience were encouraged to interact with these visuals by releasing their own sonic forces into the room. The resulting audio visual emissions and graphic turbulence created in these vector fields drove a multi channel piece of sound design in Ableton Live using OSC and Midi messages.