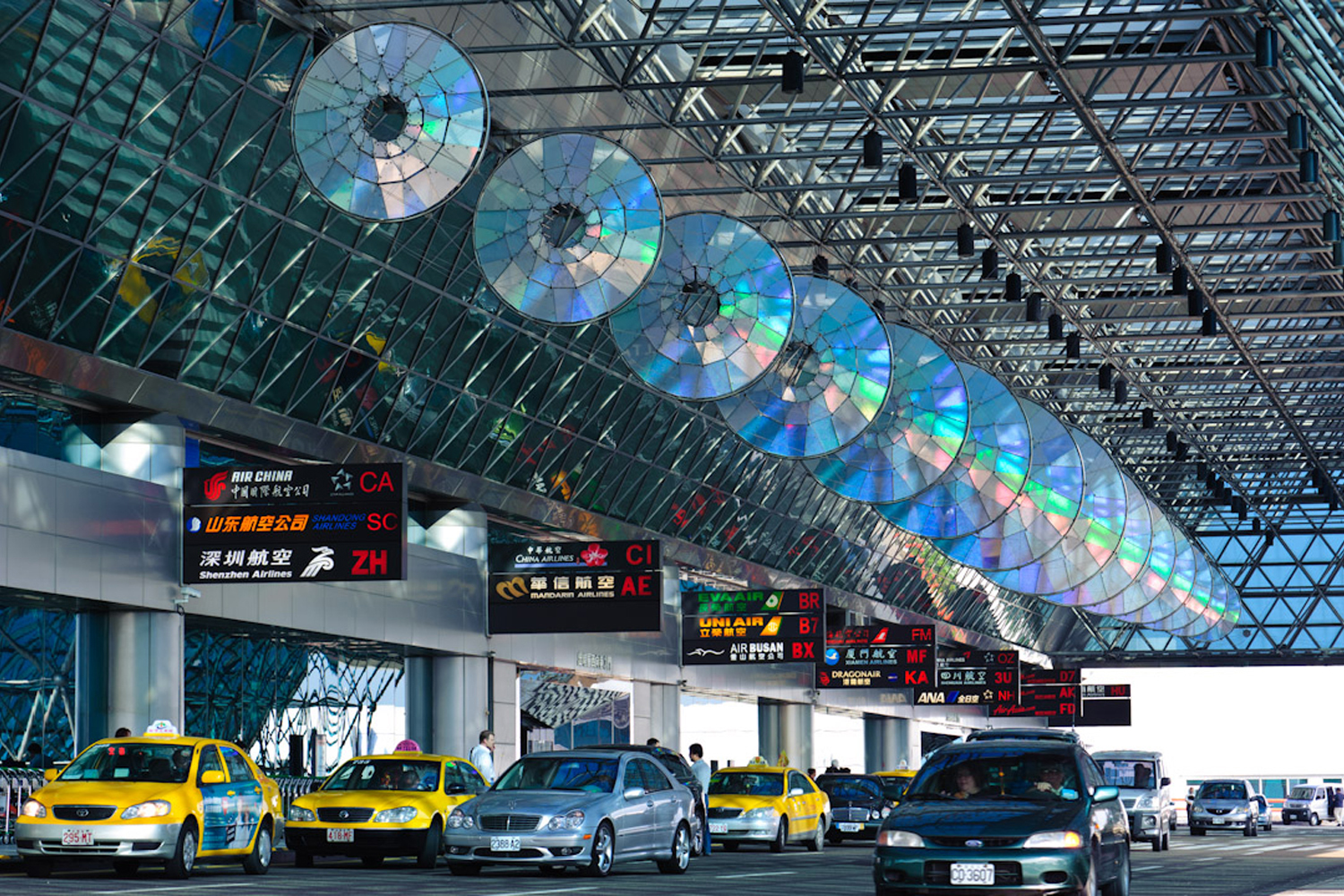 In 2011, artist Ray King installed “Solar Sonic,” a light-responsive, holographic glass sculpture in the International Departures Terminal of Taoyuan Airport in Taiwan. SolarSonic, is an homage to Chinese cultural history, aeronautics, space travel and a symbol for Taiwan’s high-tech future.

Inspired by the ancient Chinese “Bi,” the Neolithic jade discs -- with a central opening that were used to meditate on transcending earth to the heavens -- SolarSonic is a series of 14 lenses suspended within the terminal’s exterior glass canopy structure. The lenses – tensile ring structures clad on one side with holographic light-defractive glass -- are graduated in size and connected by 20 horizontal cables, woven in a torroidal pattern, tensioned and attached to anchorages at both ends. The overall 100-meter long ensemble is reminiscent of a segmented Chinese Dragon kite as scaled from the fuselage of the SST.

In designing SolarSonic, King was reminded of science fiction author, Sir Arthur Clark’s short story "Wind from the Sun," about a spacecraft that was propelled by the power of sunlight. This method of deep space travel is becoming a reality. SolarSonic is one in a series of chromatic sculptures by King designed to interact with the sun.

The project was managed by the artist's agent representatives in Taiwan. Ray King was selected through a competition. "Solar Sonic" was conceived, designed, fabricated and installed by Ray King Studio. Video by Julian King. Music by Omar Jon Ajluni.

Ray King is an artist who uses the natural phenomena of light and optics as an art medium. He has exhibited his work internationally since 1976. Major installations have been commissioned throughout the US, Europe and Asia -- all are site-specific and inspired by the surrounding space and landscape.