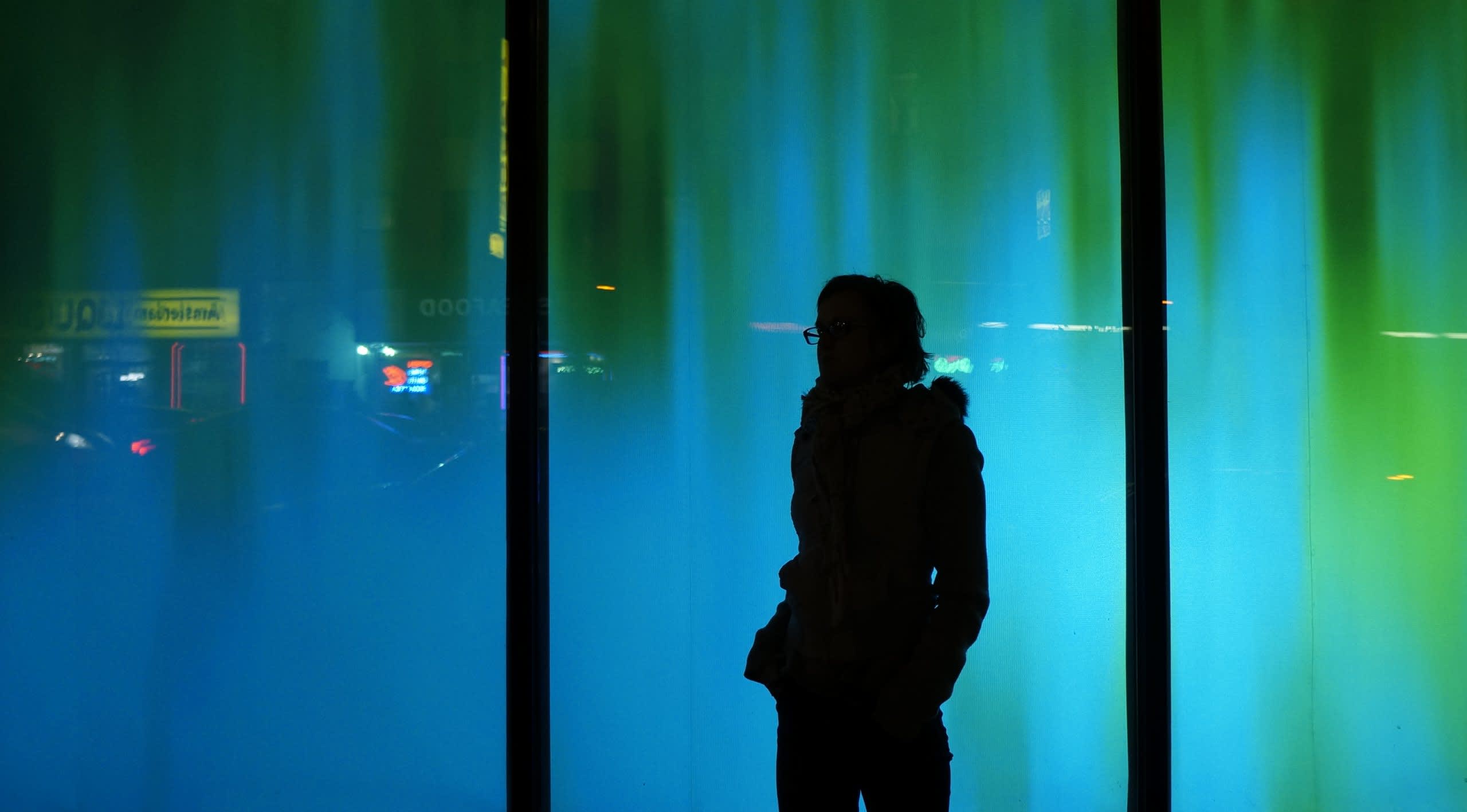 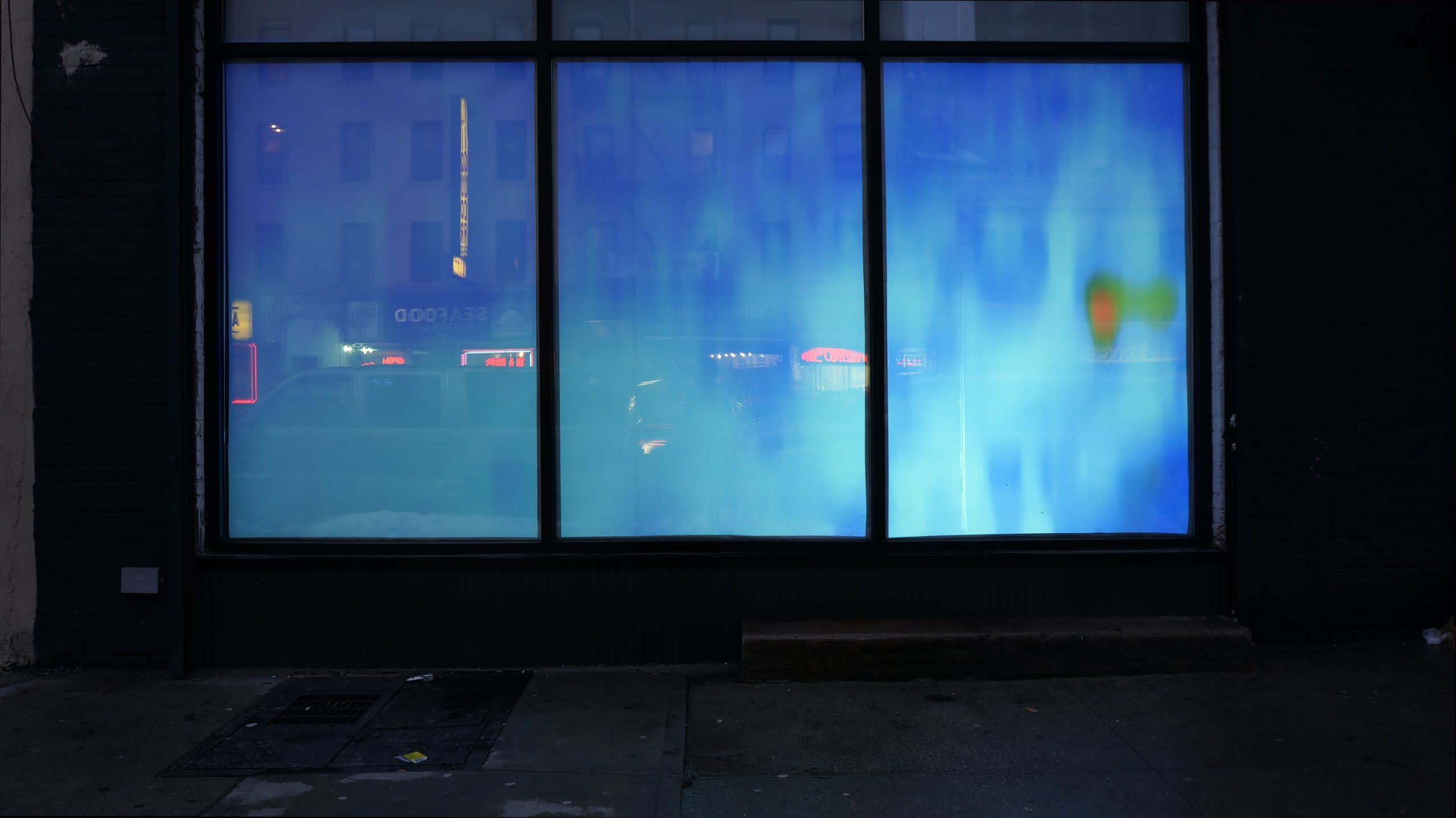 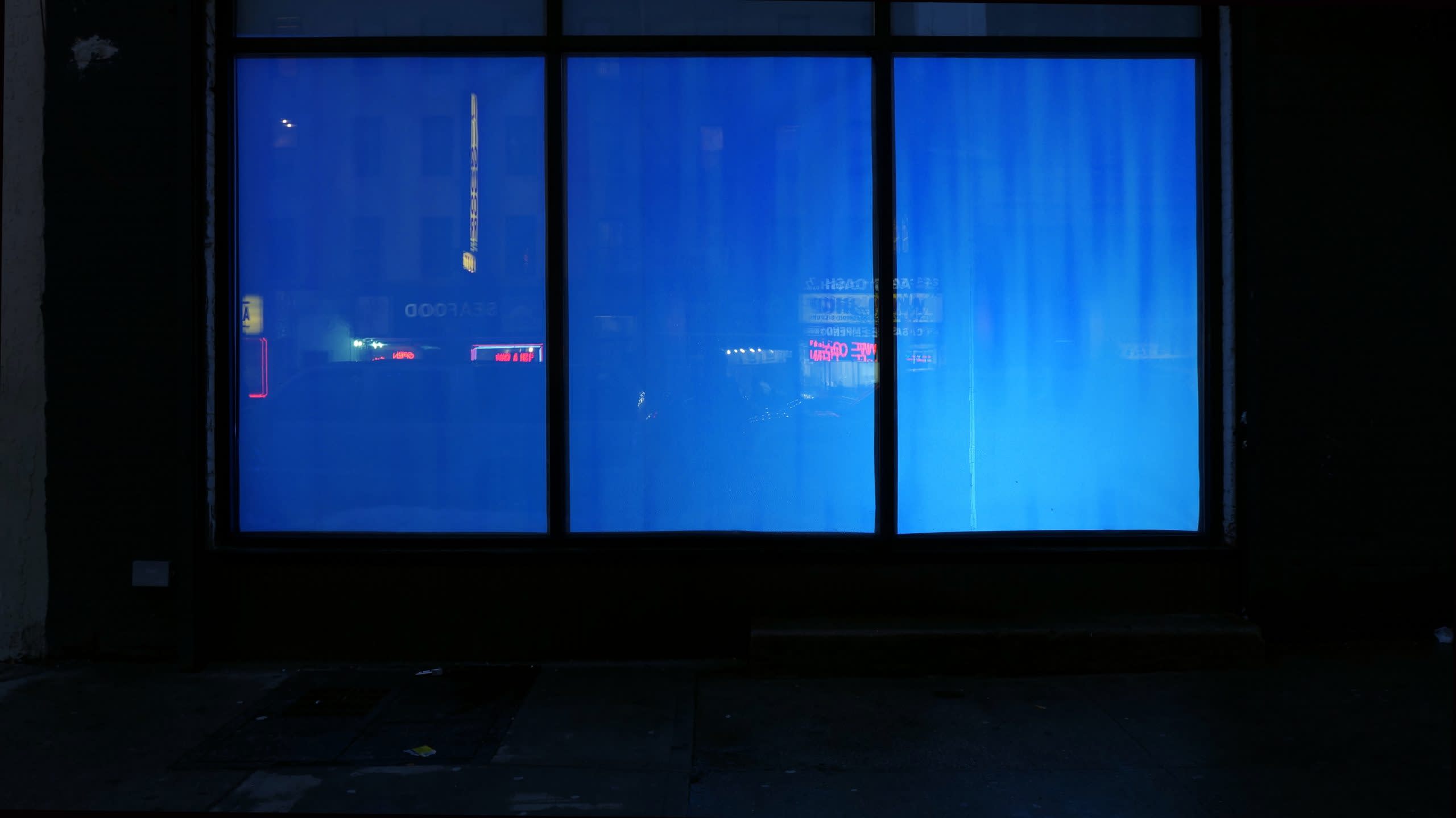 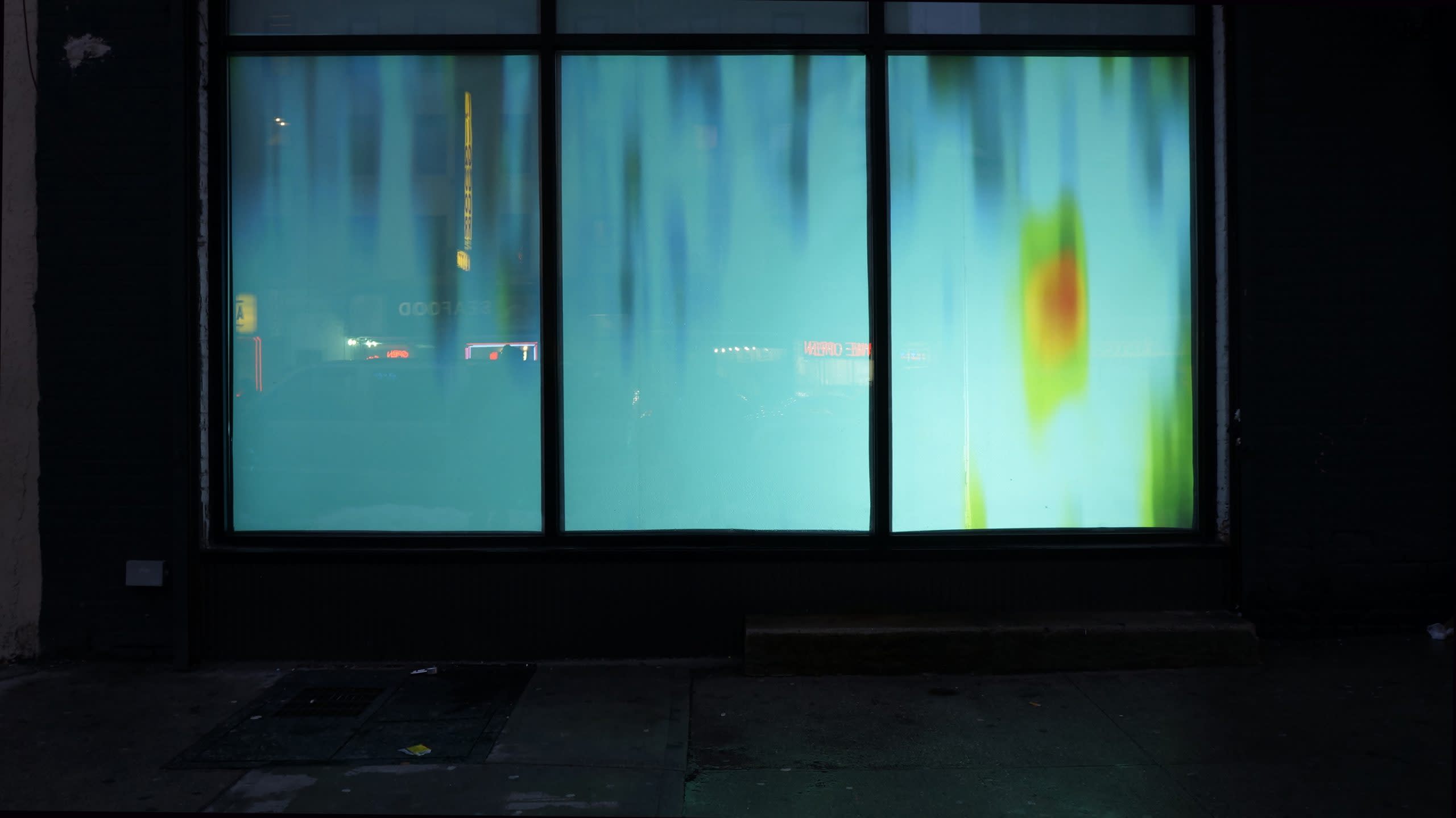 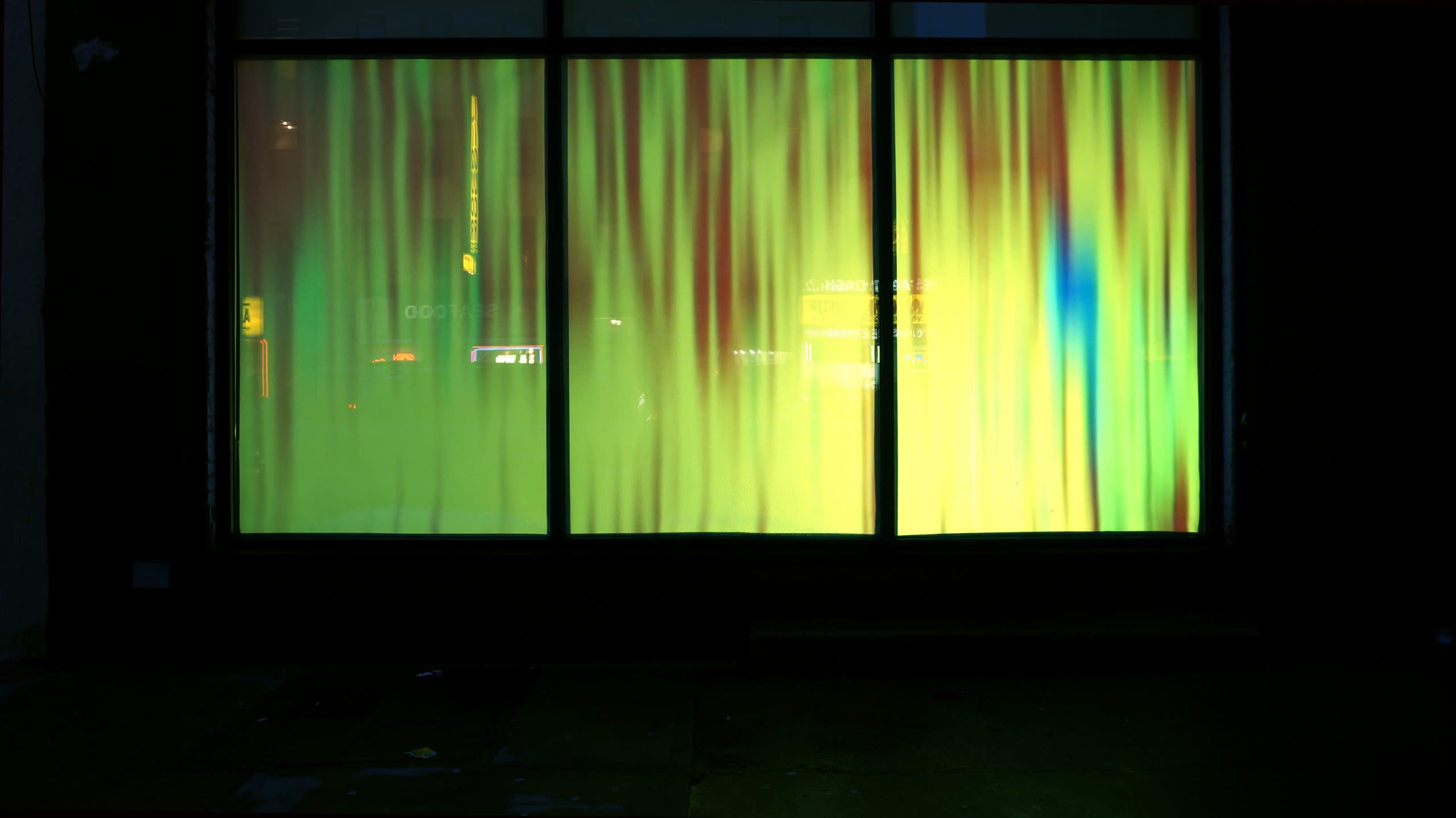 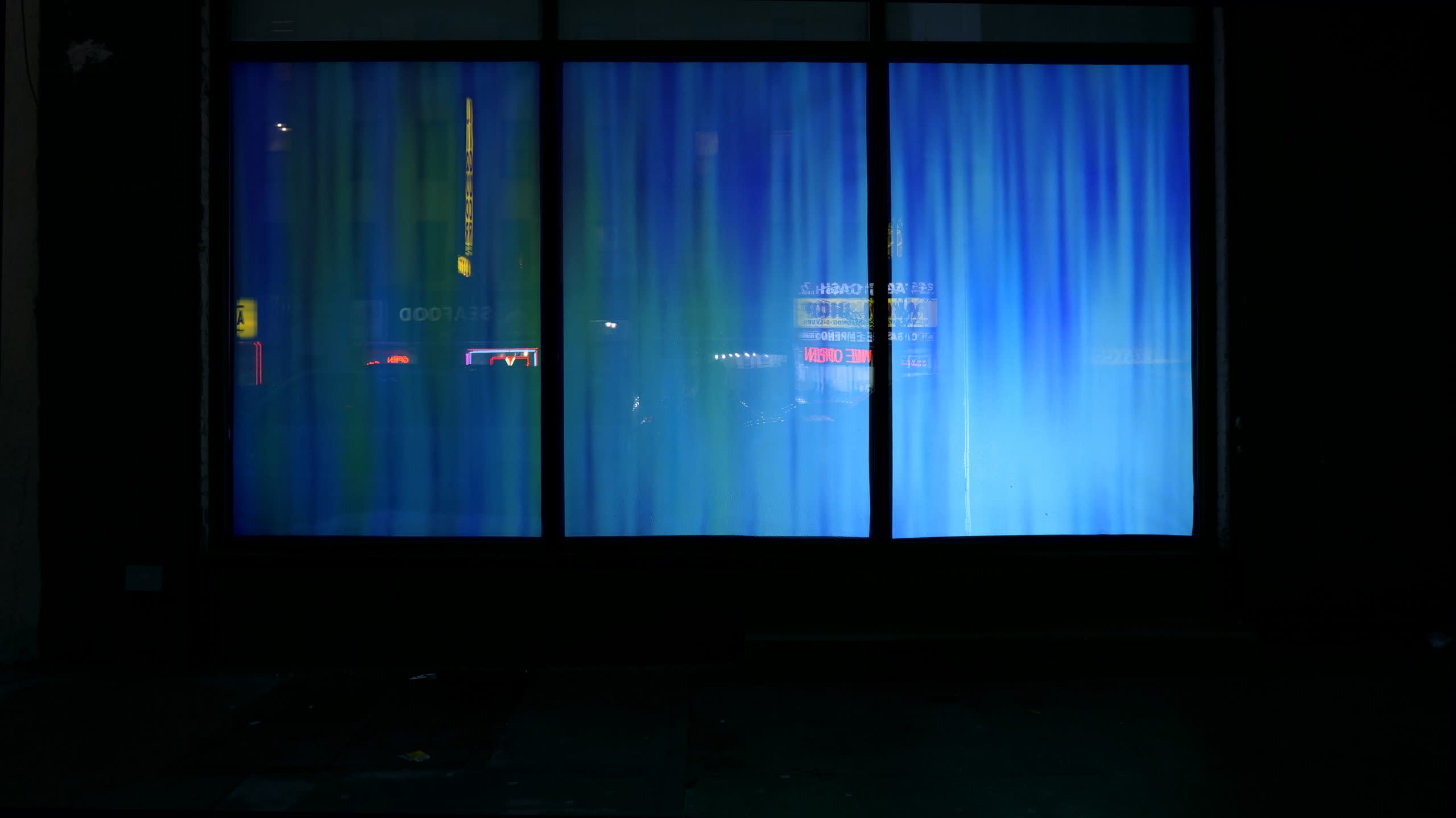 The animation “Solar Cycle 24” was created for a series of 15 public nightly projections presented by the art organization chashama between February 23 and March 10, 2013, in Harlem, NYC. Scheduled to coincide with an actual astronomical phenomenon by the same name, “Solar Cycle 24” is a digital stop-motion animation inspired by northern lights. This magnetic activity is caused by solar storms and ebb and flow on an 11-year cycle: the current one, number 24, came to its peak sometime in the early part of this year.

chashama connects art and real estate by transforming underutilized properties into work and presentation spaces. The organization partners with real estate owners, artists, performers, and youth and community organizations in New York City to provide opportunities for creativity and cultural discovery. These programs strengthen both the communities that benefit from the influx of new ideas, and the artists whose work they support. "Solar Cycle 24" started at dusk and ended at dawn for 15 consecutive days at a very busy city intersection. At 10 feet high and 20 feet wide it was important that the work fit seamlessly into the space in order to be projected onto the screen without light-leaks or other visual disturbances.

Since this piece was created to coincide with an astronomical phenomenon occurring in the early part of 2013, and to be visible only at night in three parallel, street-level storefront windows, the most demanding collaborative aspects were scheduling of the installation and its maintenance. The work had to be manually started right at dusk and turned off at dawn with daily inspections of equipment and security.