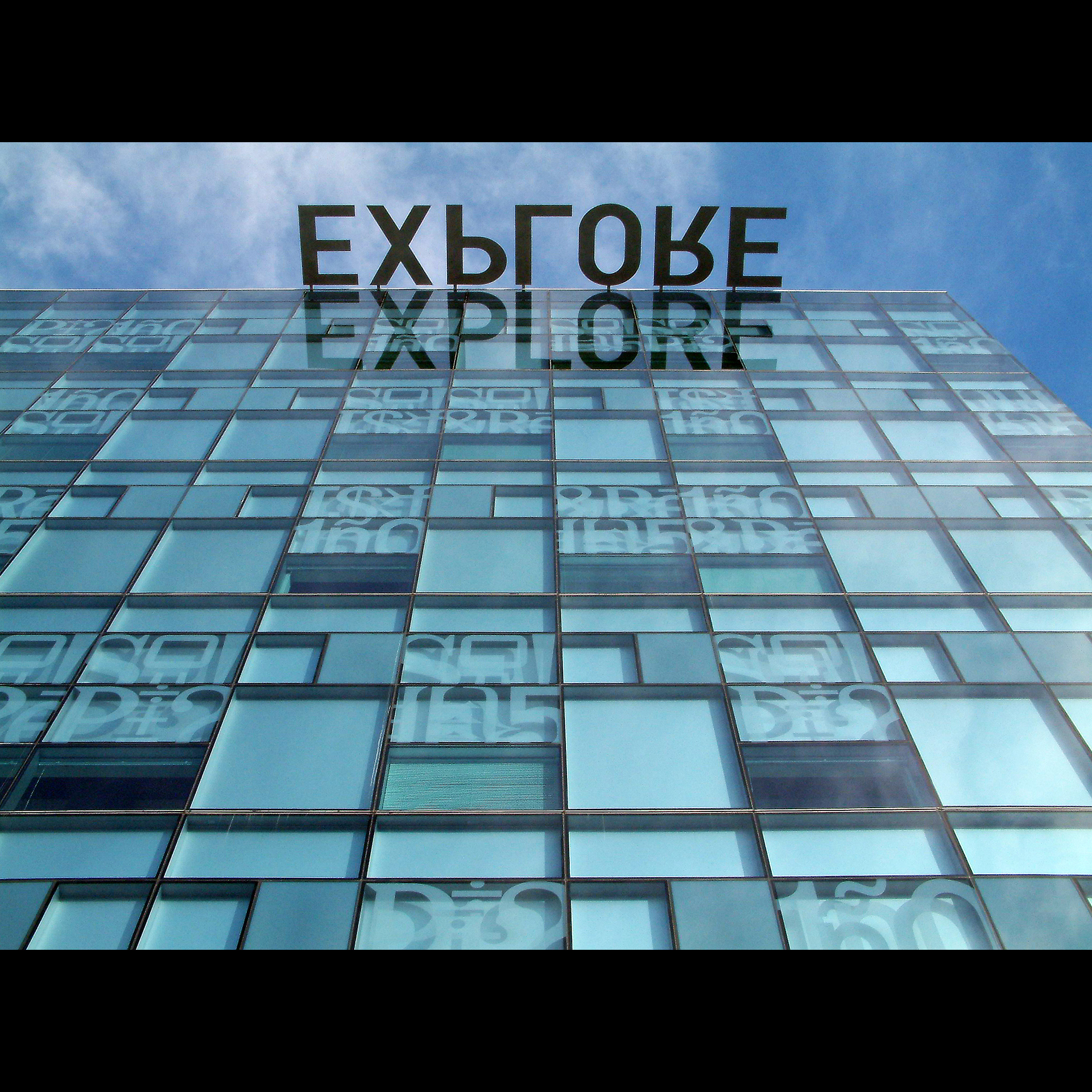 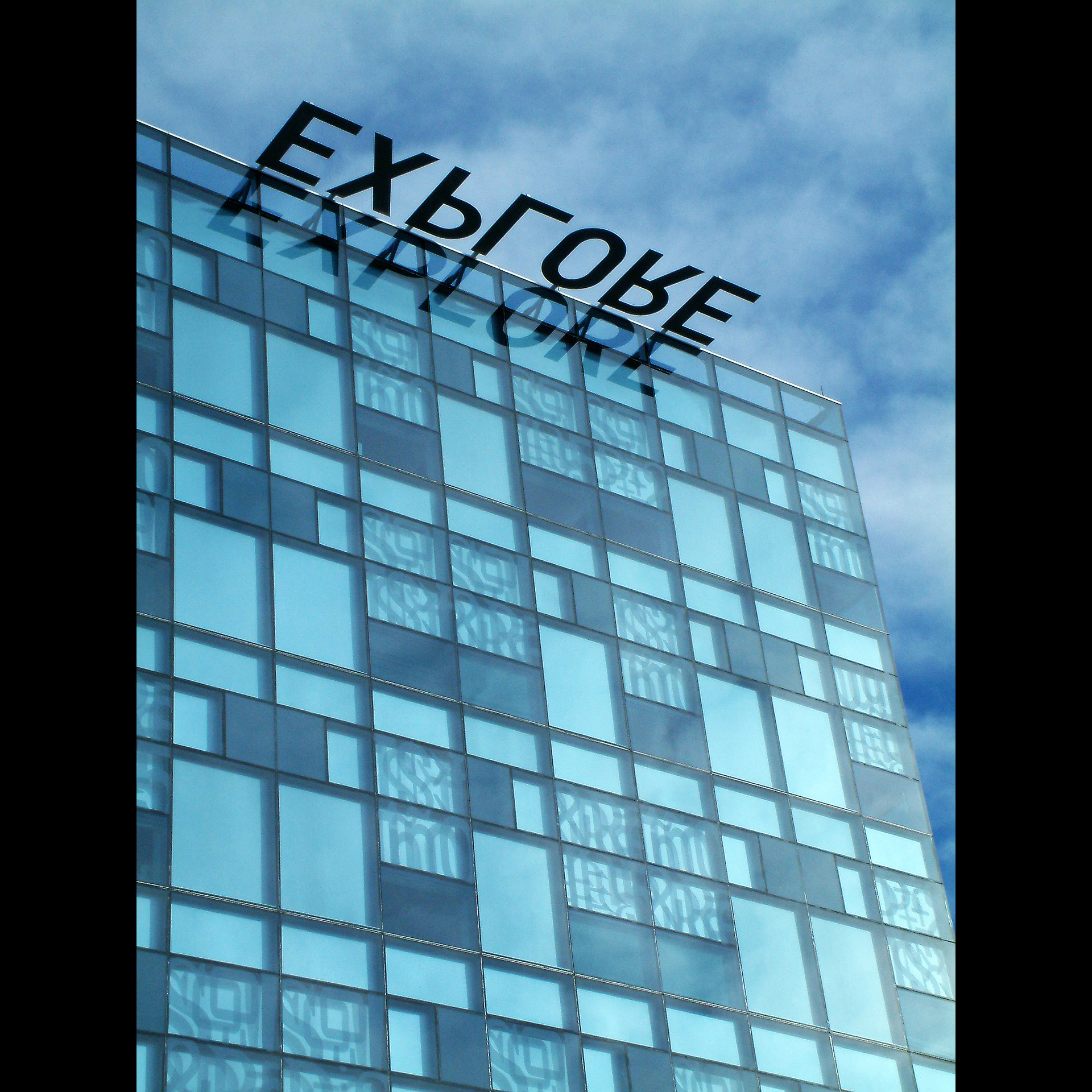 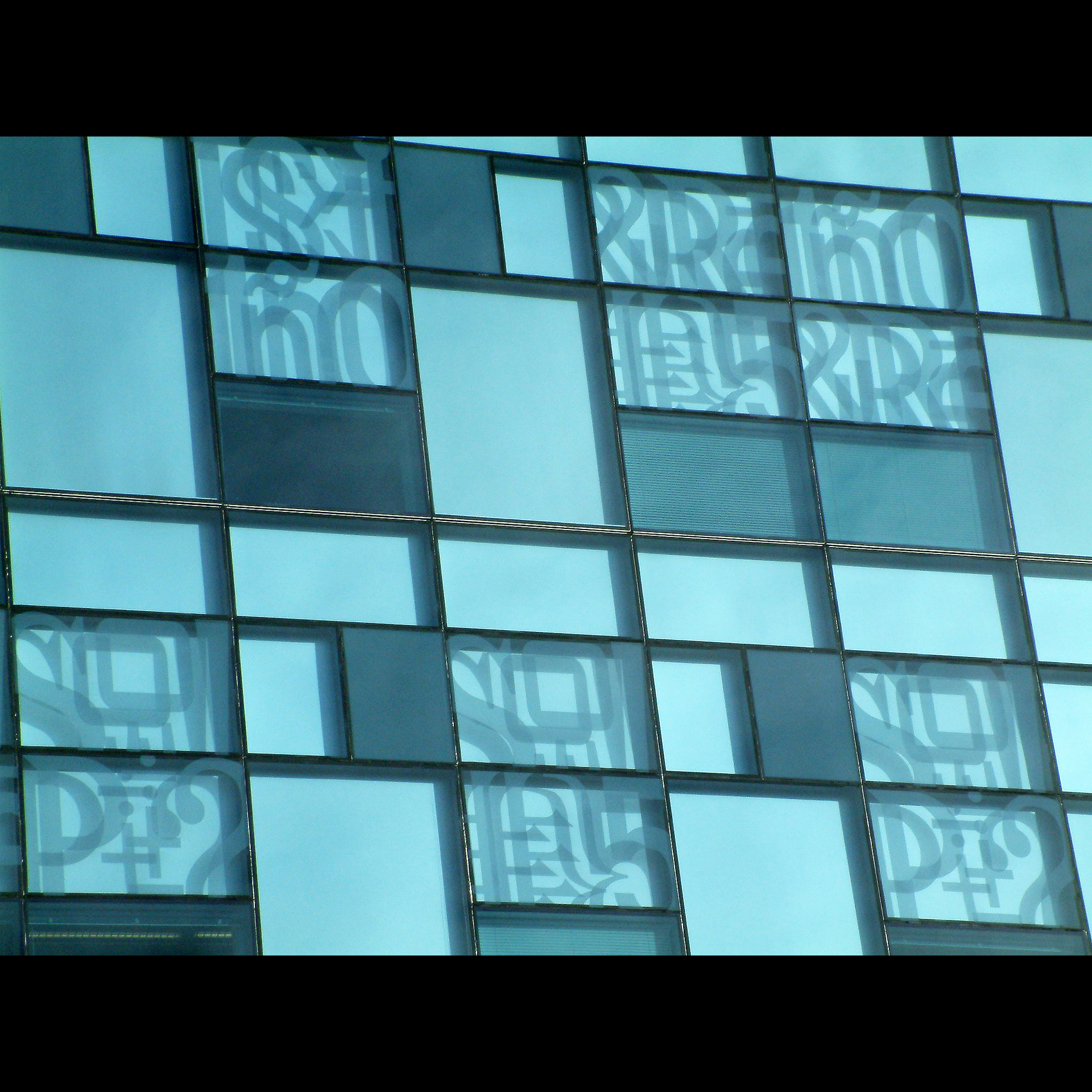 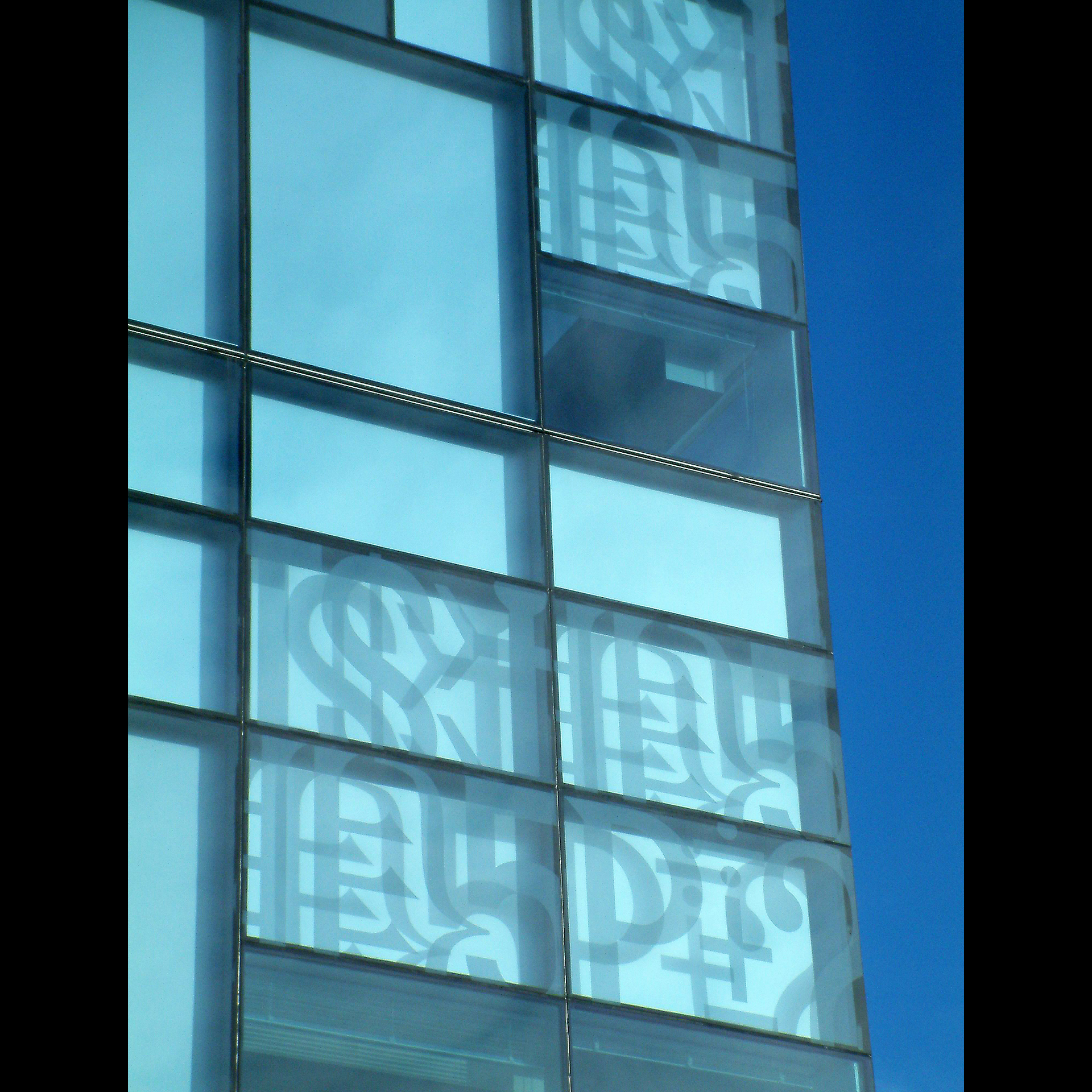 This public art-system is located on Lattie F Coor Hall, a six-story, glass-faced tower on the ASU campus. Glass modules are inscribed with fragments of languages and symbols, suggesting that language is a raw material that will be given form and disseminated as an ongoing process. A typographic shadow-structure displaying the word (Explore)—legible in English or Spanish–extends from the upper edge of the west facade. Explore is both an explanation of the University’s purpose and an invitation to the community, underscoring the societal role of the University. Dimensions: 82’W x 72’H x 5’D

We had two juxtaposed goals in this art program---1) To integrate an iconography within the glass fa&ccedil;ade of the building and 2) To install a structure that would act upon the facade of the building. For the former, we considered the academic programs to be located in the building (social/ cultural studies) and worked with the Public Art Program to develop different approaches to an iconography that could be integrated into the facade. For the latter, we studied how shadows and reflections might occur on the facade, then developed a word-structure that would extend outward. Depending upon the sun angle and time-of-day, it would reflect a large-scale word upon the facade (Explore) or cast it as a shadow upon the plaza below. The language-symbol units distributed upon the facade give the building a mysterious Rosetta Stone aura, elevating it above a typically mute modernist building.

Because of Tempe's harsh summer climate, we rejected most methods of inscribing a surface (diecut films, etc.) and selected the most durable method we knew of---enameled glass fritting. Thus, it was necessary for the language-symbols to be incorporated into the manufacturing of the curtain wall units, a very critical integration with the architecture. To make economic sense, we worked with the Public Art Program to narrow the iconography down to six composite language-symbol units. We worked with the general contractor to integrate the art-system into the curtain wall module manufacturing process. The language-symbols were imaged-onto tempered glass panels, incorporated into some curtain wall units and distributed amongst blank units upon the facade. The word-structure atop the building was engineered and detailed to attach to the parapet. It was fabricated off-site and installed as the building neared occupancy.

This was one of the few public art projects we've done where the public art implementation budget was subsumed into the over building construction budget, due to the necessity of integrating the artwork's language-symbols into the manufacturing of the curtain wall modules. Although we lost something (maximizing the value of the artwork budget) we gained more (maximizing the scale of the artwork's integration into the building).