Sitter and Recliner with Head in Hands - CODAworx 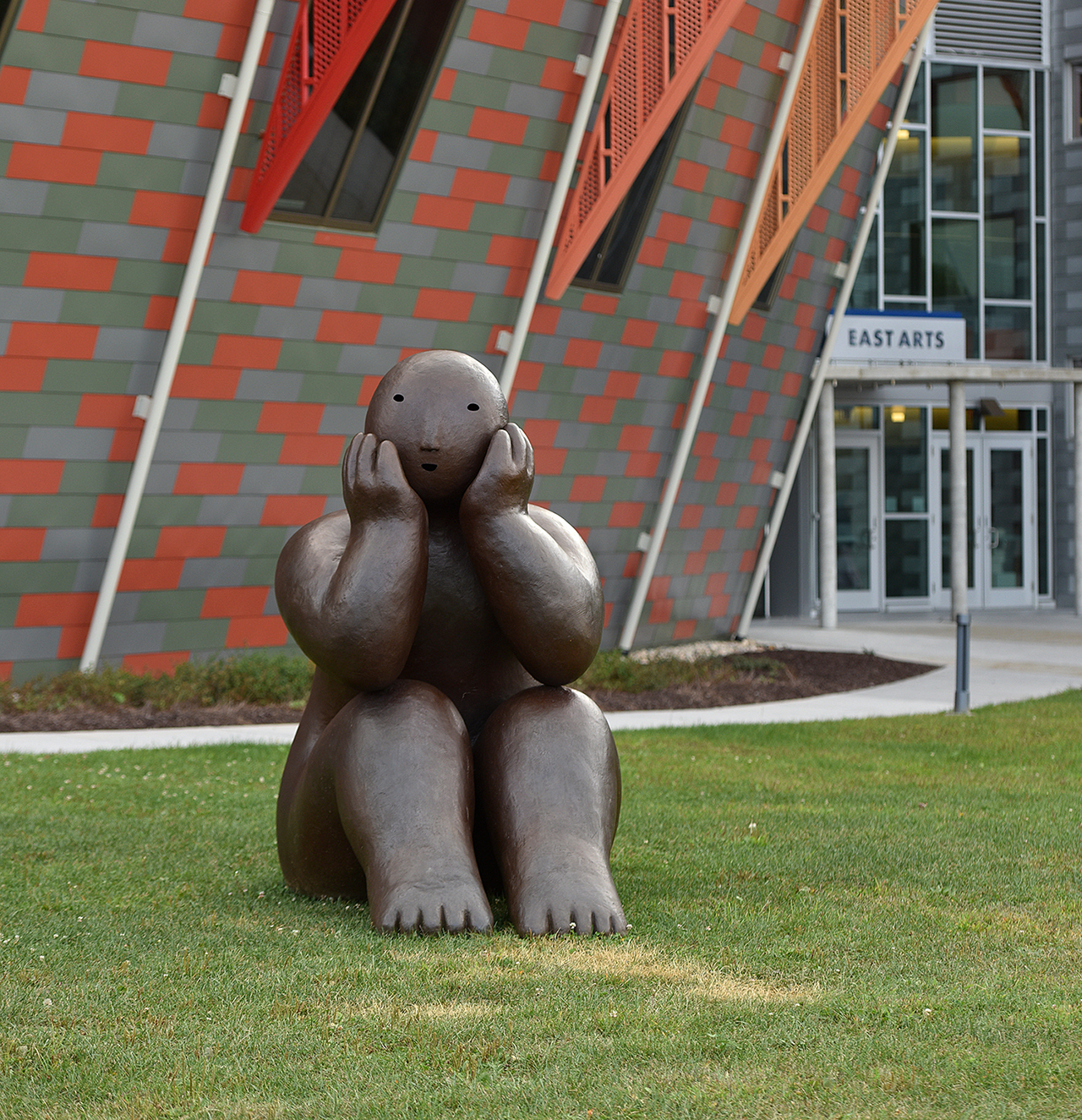 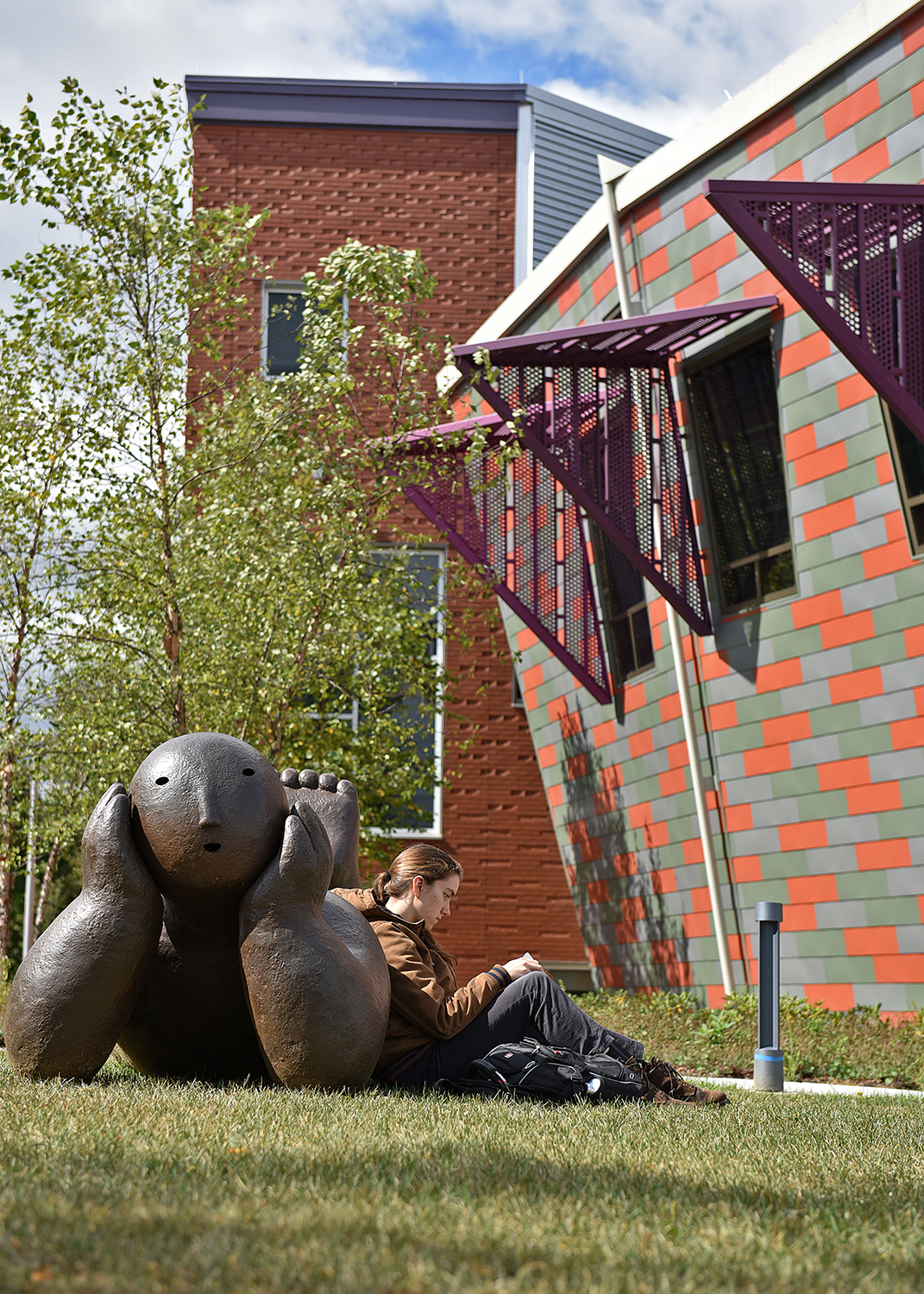 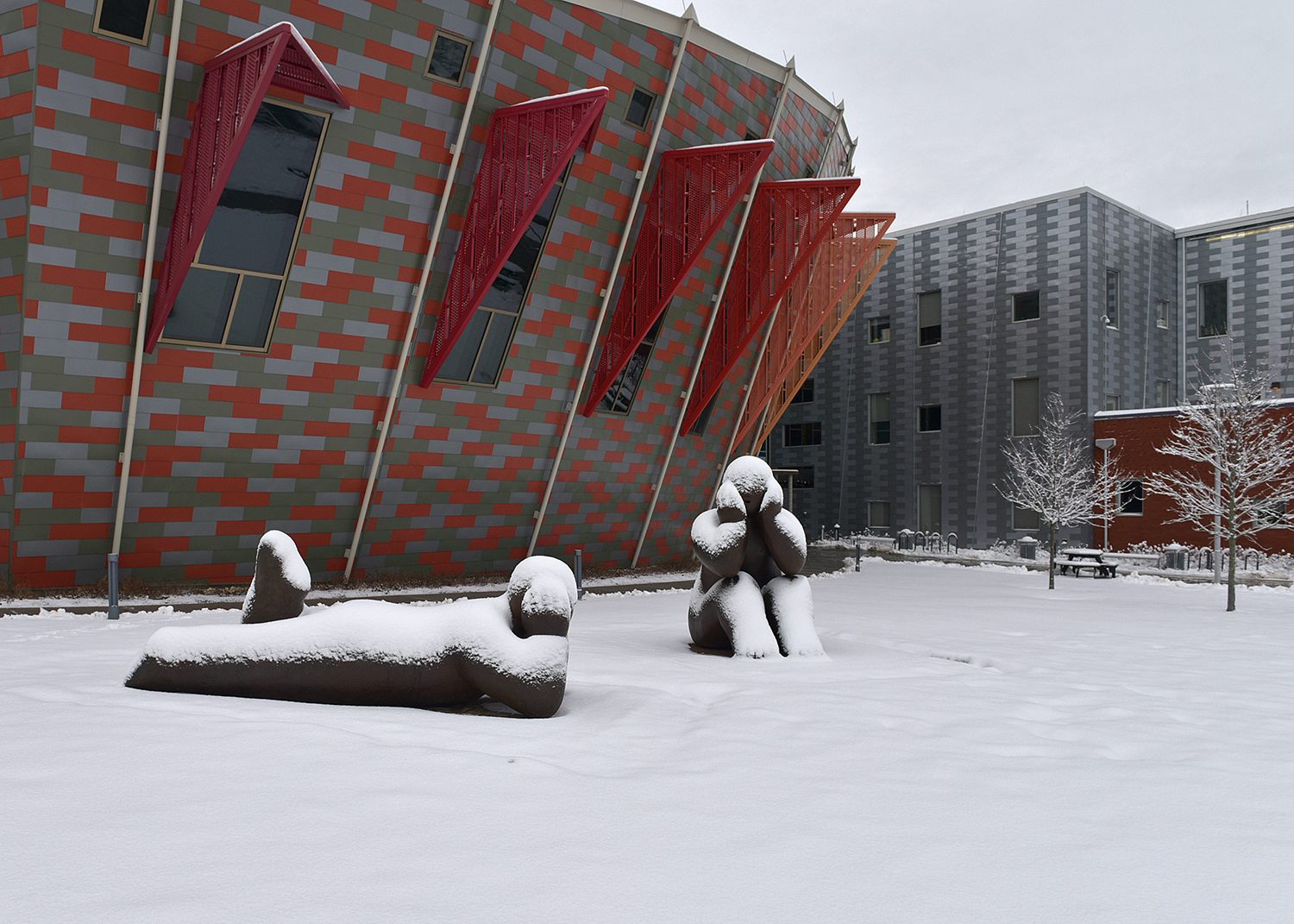 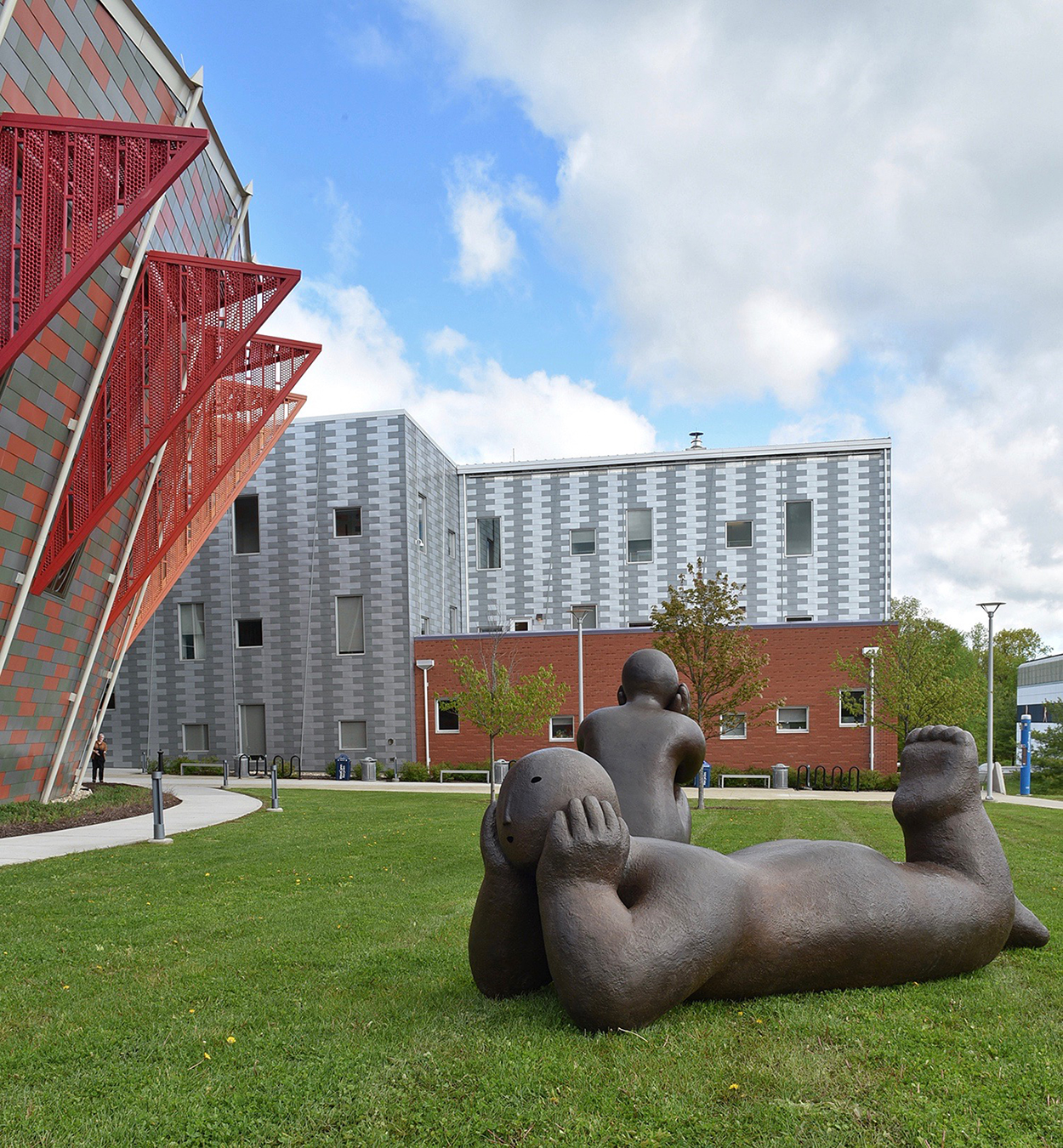 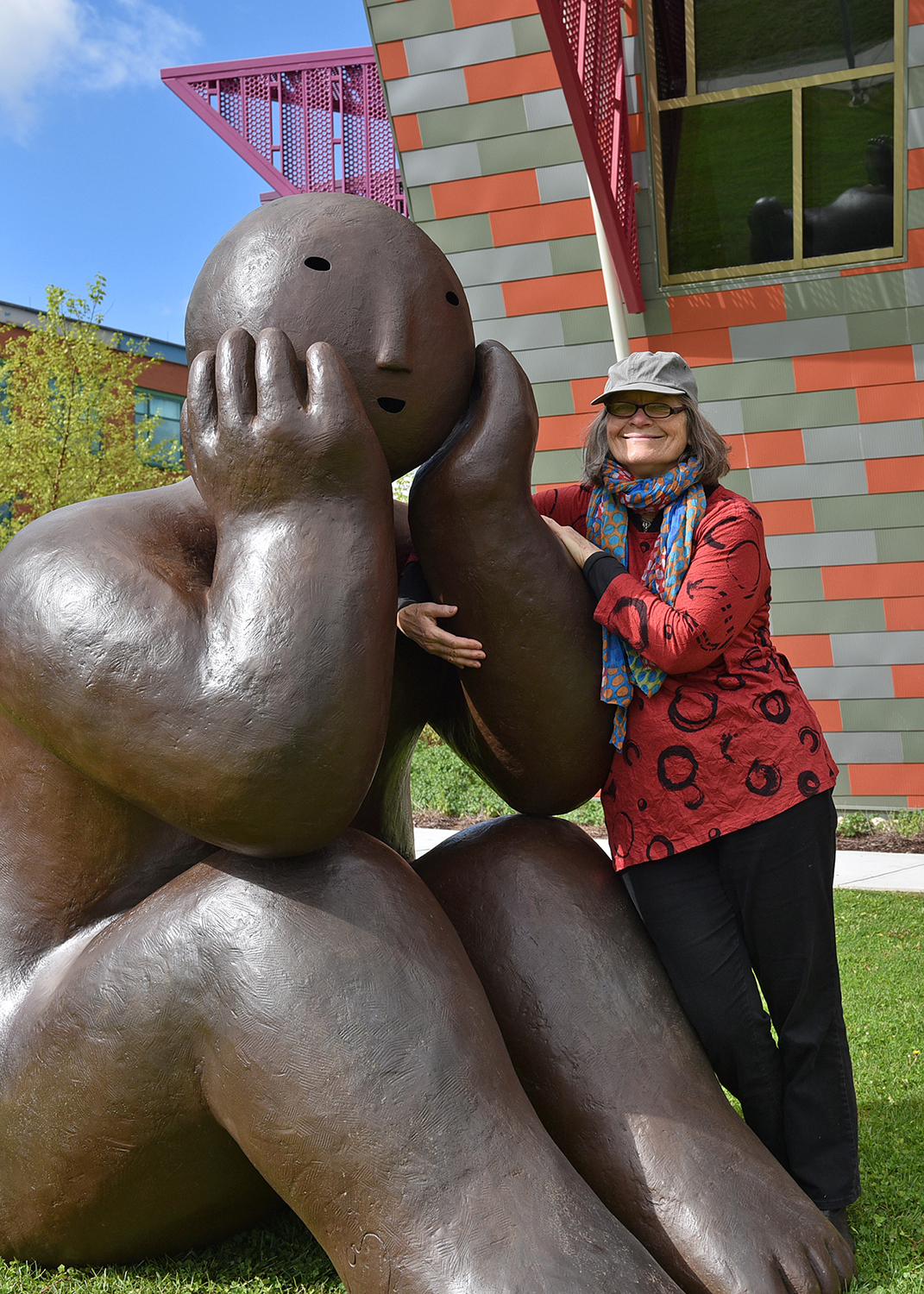 Department of Economic and Community Development

In 2017- 2019 Western Connecticut State University commissioned two large bronze figures, Sitter and Recliner with Head in Hands, for their central plaza as part of the State of Connecticut’s one-percent-for-the-arts program.

The new colorful performing arts center had an empty grassy space in front of it. The university community wanted a sculpture there that would be grounding, people friendly and interactive. My two bronze figures sit in close relationship to each other in the central plaza and have become a well-loved landmark on campus.

Since 2009 I have been going to China a couple times a year to build this series of large scale bronze works in collaboration with Purple Roof Gallery and Atelier in Shanghai.
In 2017- 2019 Western Connecticut State University commissioned two large bronze figures for their central plaza. I worked with the State of Connecticut Department of Economic and Community Development, the university art committee, the Facilities Officer and Vice President for Campus Planning as well as the art movers. After many meetings, observations of the flow of student traffic and discussions with professors and students about their sense of the space, we determined the best site, position and orientation for the sculptures.