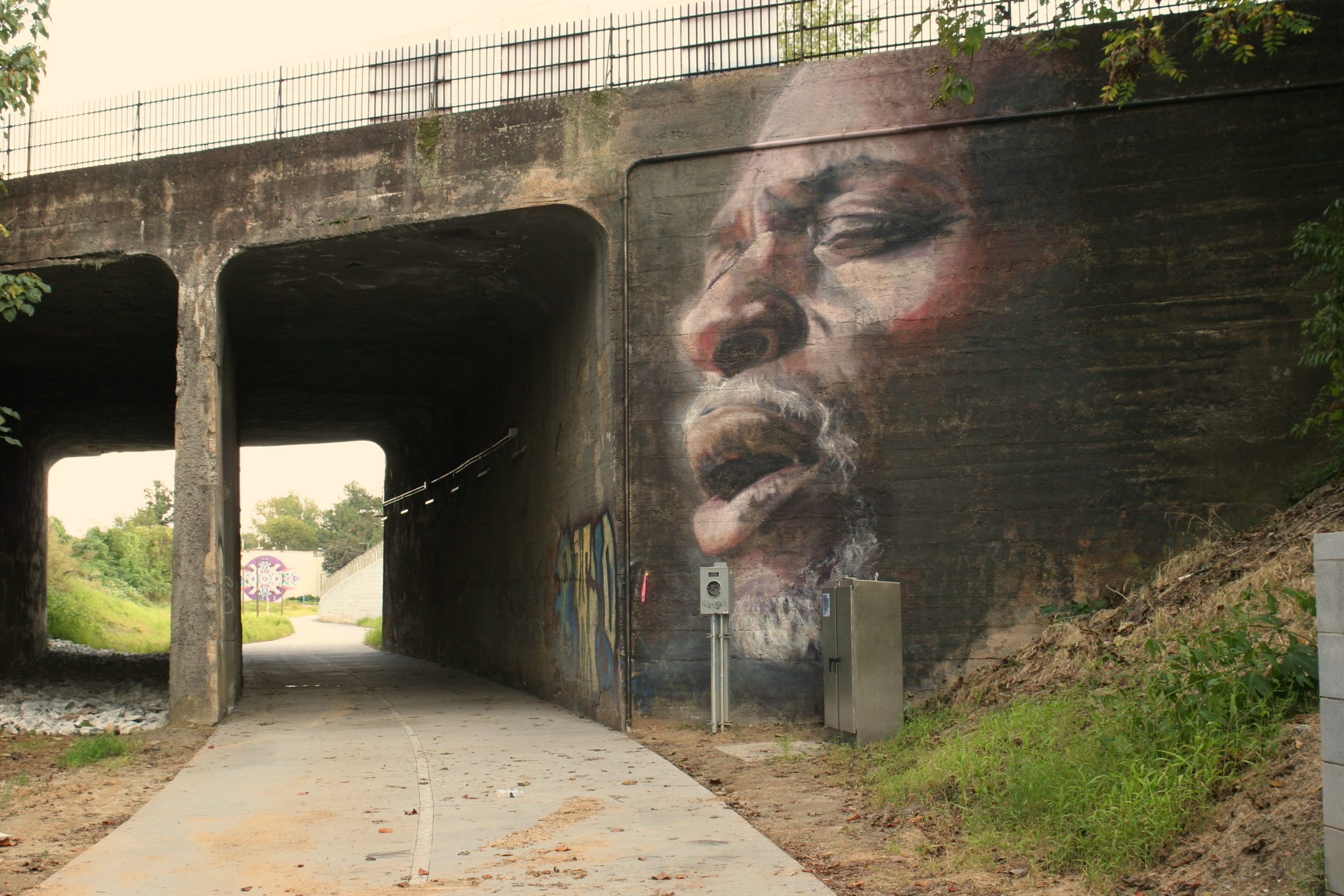 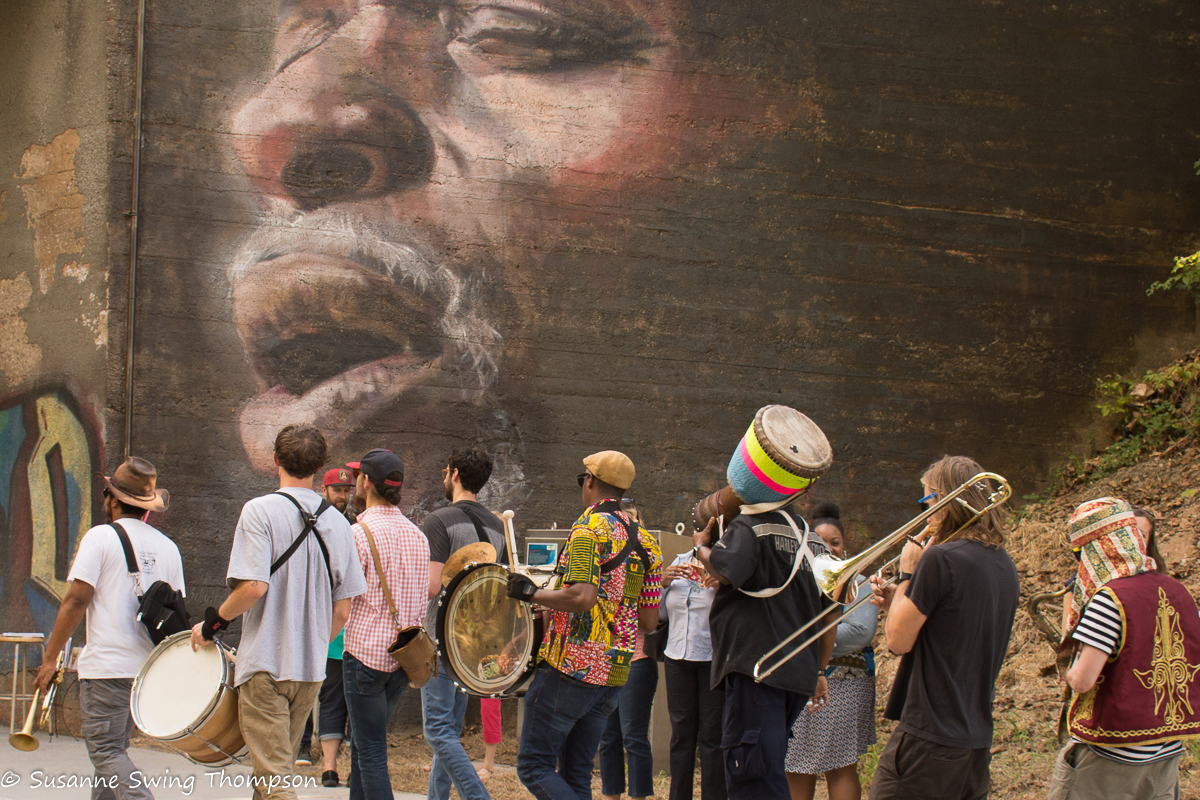 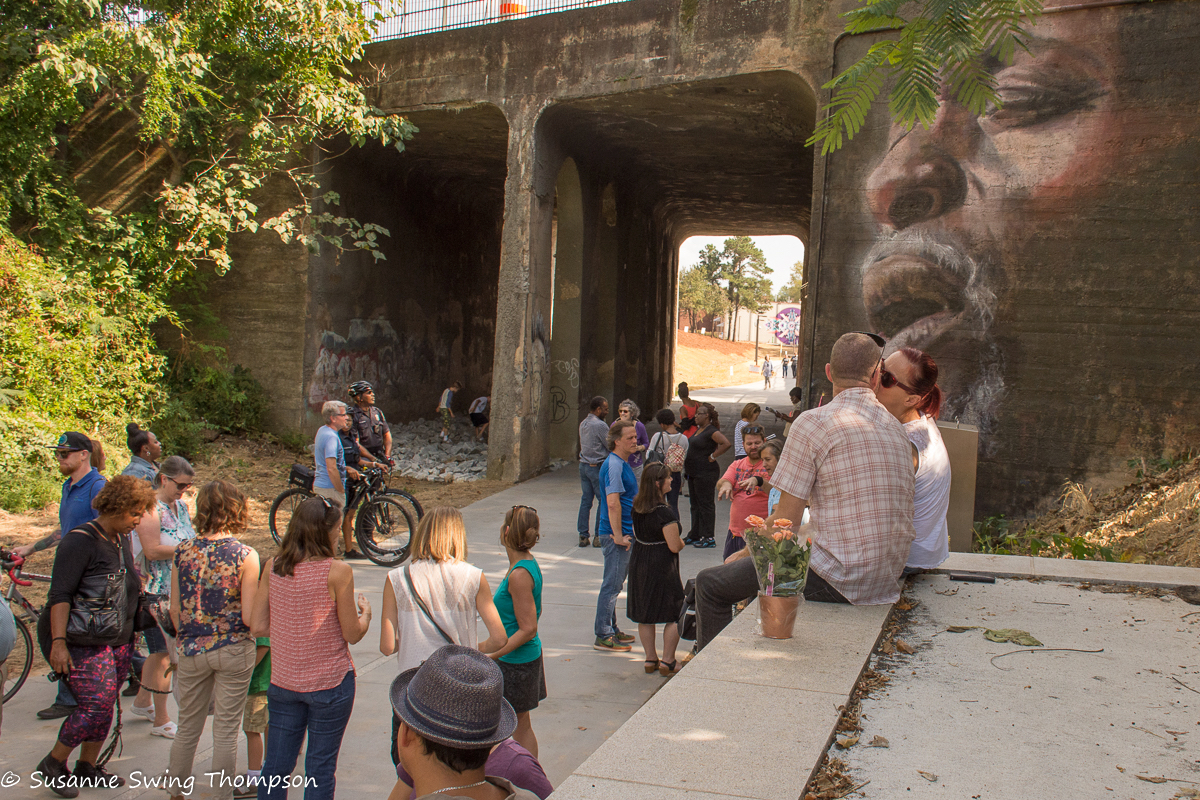 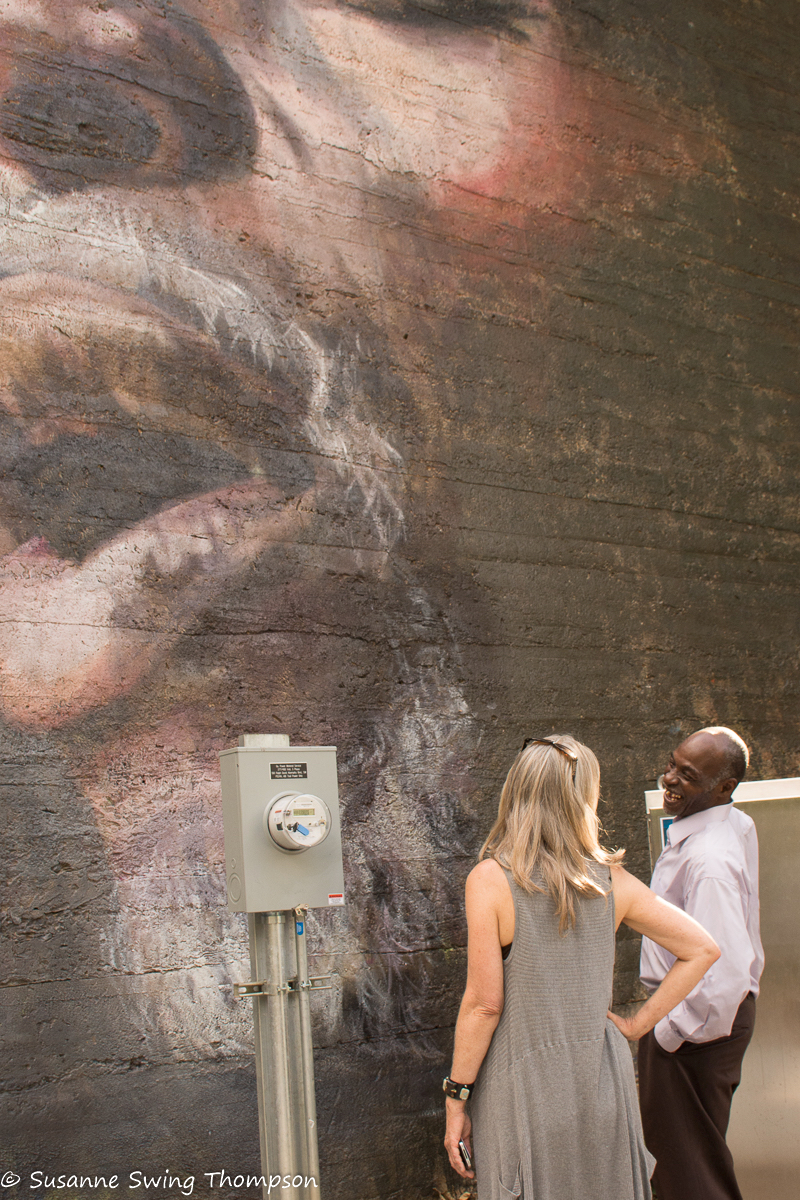 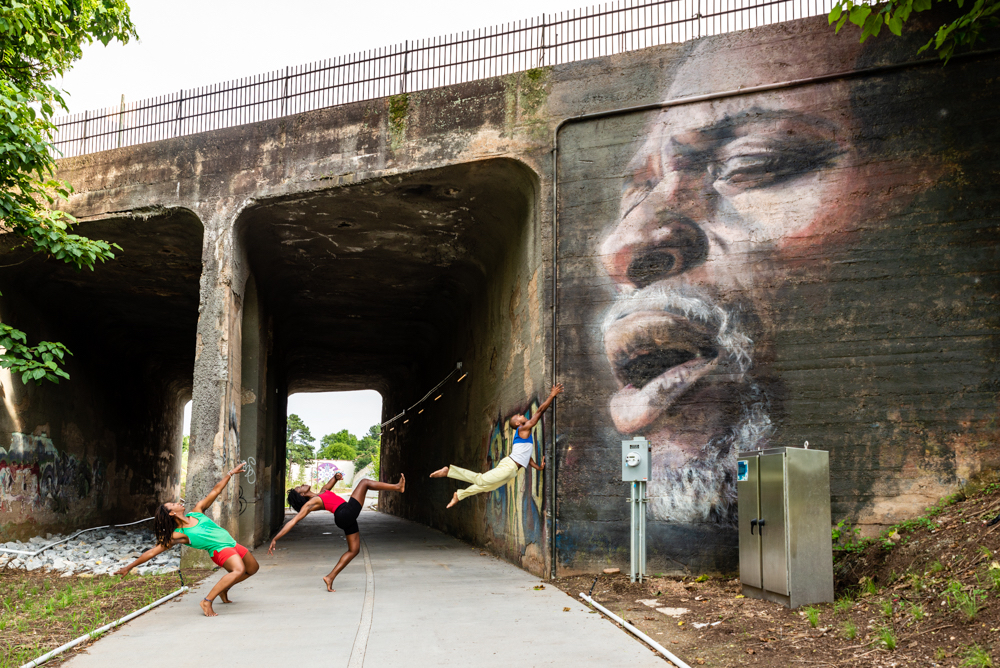 Client: Art on the Atlanta BeltLine

Art on the Atlanta Beltline

“Singer” was commissioned by Art on the Atlanta BeltLine – the city of Atlanta’s largest temporary public art exhibition along the Atlanta BeltLine corridor. The mural was part of a Singer series the artist has been working on for years, and was painted on the side of a tunnel in the southwest part of the Atlanta Beltline. The wall is 25 feet tall and 27 feet wide. The mural was painted with Sherwin Williams Resilience paint, and coated with their anti-graffiti coating. There is a video accompanying the mural as part of the project.

The goal was to bring the healing and soulful energy of the 'Singer' series from the studio out onto the street. To achieve that, the design focused on the face of the singer, and the emotion of his singing. The design of the mural was intended to reflect the community, and bring a sense of beauty into the space.

Art on the Atlanta Beltline, in 2017, selected the proposed mural of one of the 'Singer' series. One of the artist's neighbors, who had been a part of that series, came into her studio and sang hymns his mother had sung to him as a child. He brought an energy into the studio that was soulful and healing, and she wanted to bring that energy out onto the street. Friends at Pendery/Pepper Productions audiotaped him singing, and they put together a video with progress shots of the mural, and featured audio of him singing a cappella, which can be viewed at www.suzyschultz.net/beltline-singer/. Art on the Atlanta Beltline provided the wall, and a man lift. D A Willis, Inc. provided the pressure washing of the wall.

At the unveiling of the mural, there was a gathering under the tunnel to sing some of the hymns that had been sung during the photoshoot to create the piece. Mr Phillip Banks, the model for the piece, came and sang as part of the group.