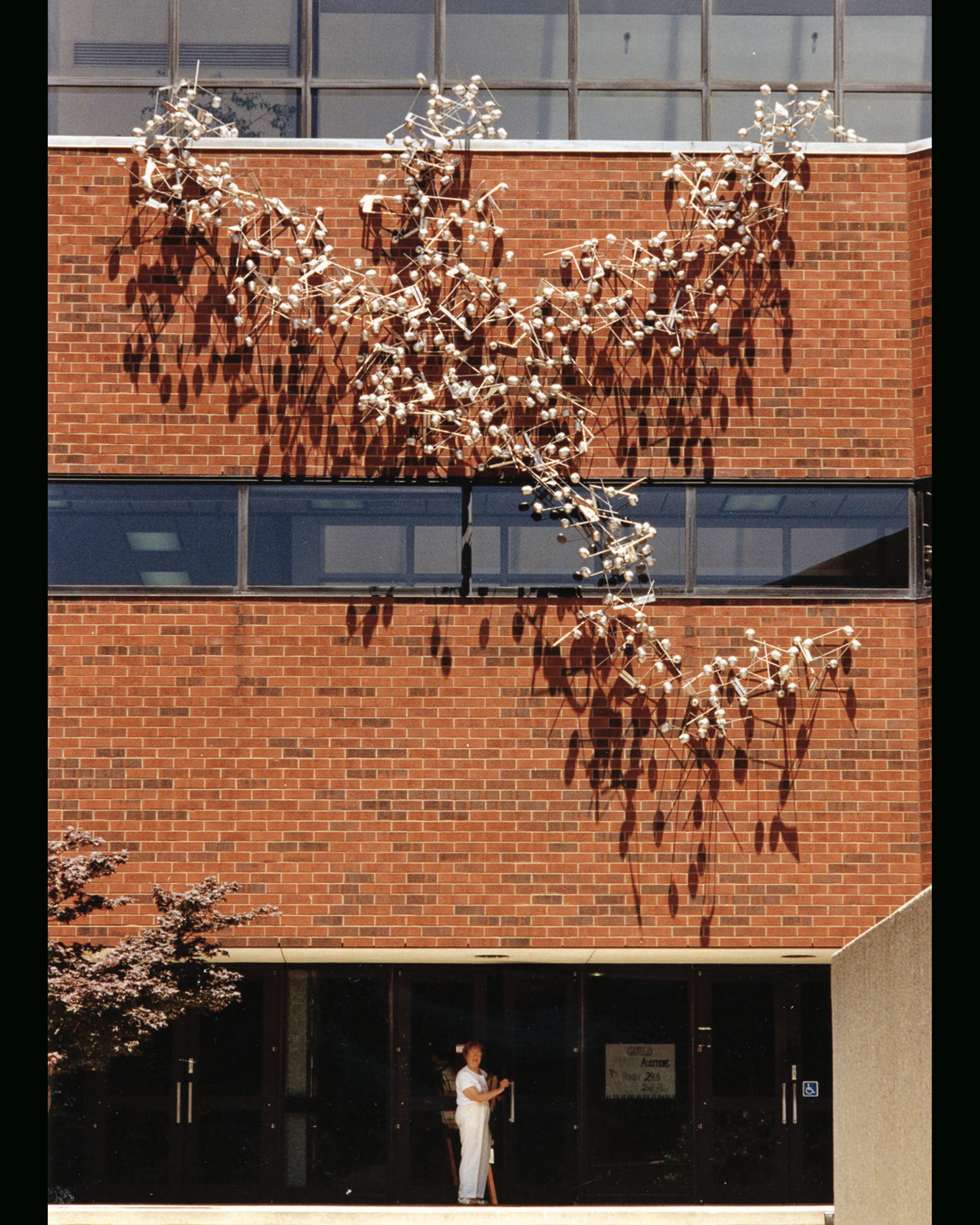 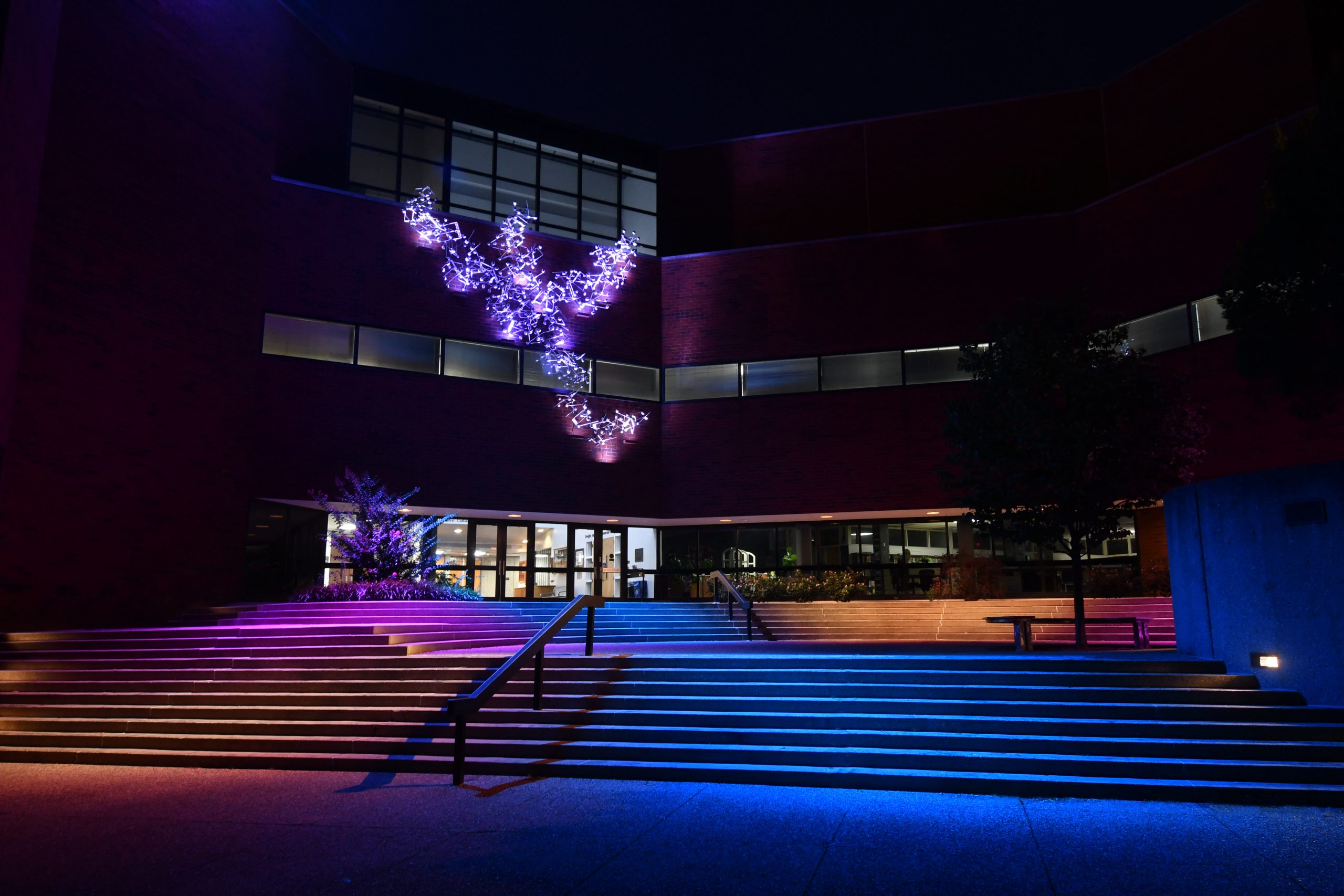 University of Louisville School of Music

The sculpture Effervescence is composed of 500 stainless musical notes pouring down the building like confetti. Extending 6 feet from the surface, it measures approximately 20′ H x 27′ W x 6′ D. Computer programmed LED lighting was added by Rob Shakespeare, who also created the light sculpture ‘Corona’, which washes over the courtyard in a continually changing flow of color.

The building was constructed years before a private commission appeared as part of a larger endowment to the Music School. The goal was to give the School's austere appearance a more engaging, progressive face while appealing to the broadest range of music devotees. The School subsequently adopted a cluster of the notes as a logo which is used on newsletters, cards and lapel pins, etc. Additional goals - 1. Enhance the School’s ability to promote both performance attendance and development goals. 2. Serve the University’s goal of engaging the broader community and 3. Further the visual recognition of the School as an important contributor to campus life. Artwork was at the core of this plan.

In 1999, the sculpture concept was submitted to the donor, the University President, his advisors, the Music School Dean and faculty, all of whom I regarded as clients as well as stakeholders. In what may be an unusual case of teamwork, the whole group of people was enthusiastic about the idea, sketches and plans from the outset through completion. Detailed collaboration on structural concerns followed to ensure the integrity of an unusual acoustic space behind the brick facade. In 2017, I led a team of Rob Shakespeare and Charlotte Paul who collaborated in proposing a group of projects focused on transforming the space and entrance experience. In 2018, the lighting component was completed.

2019 saw the design development of a second sculpture which should be completed in 2020. Throughout this planning, Dean Christopher Doane was integrally involved in the evolution of its design, which celebrates the programs and people pivotal to the history of the School.