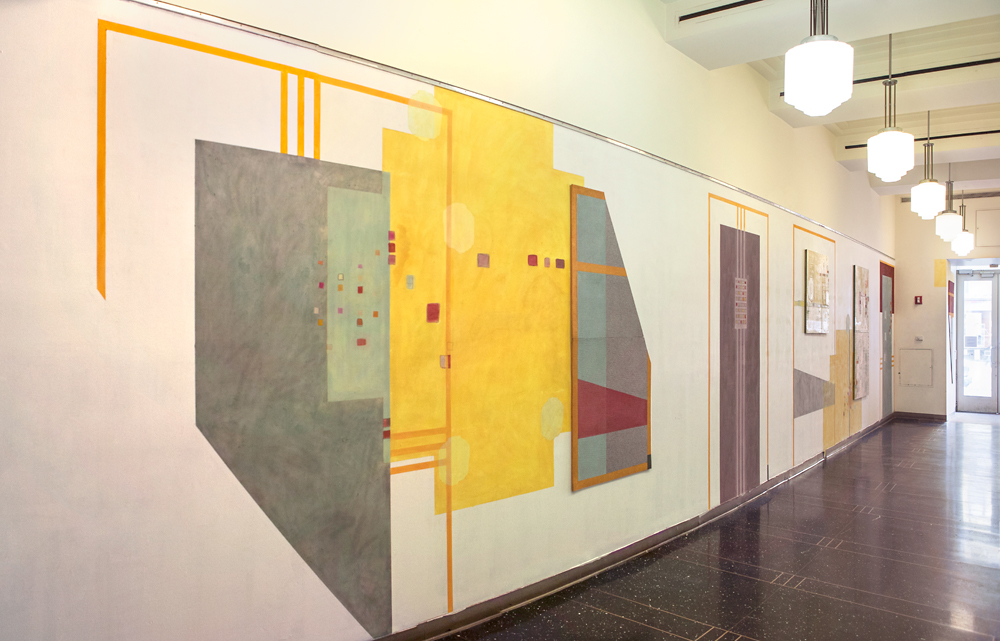 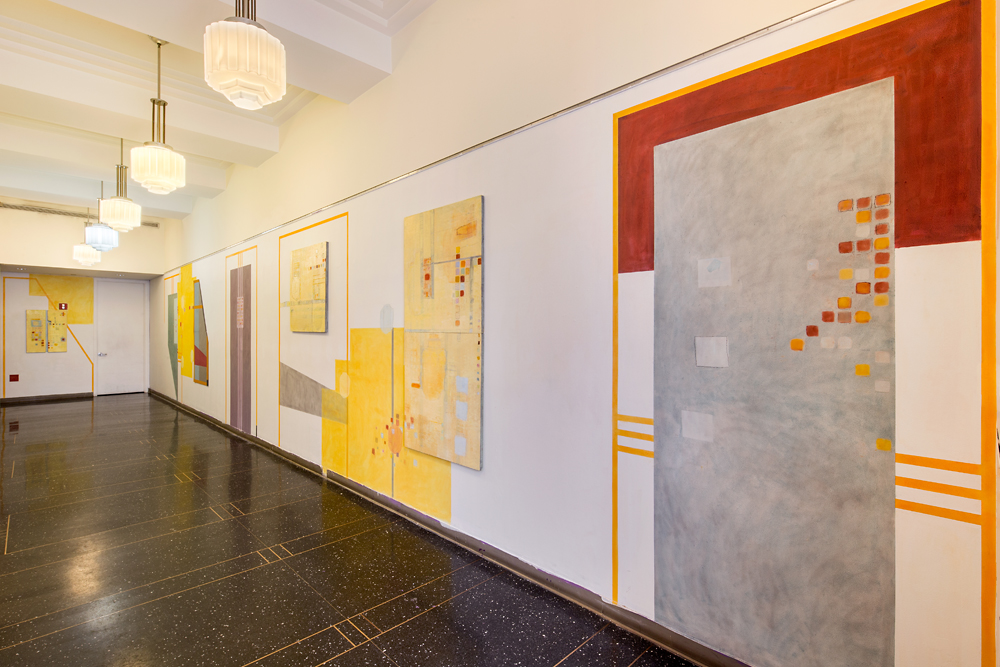 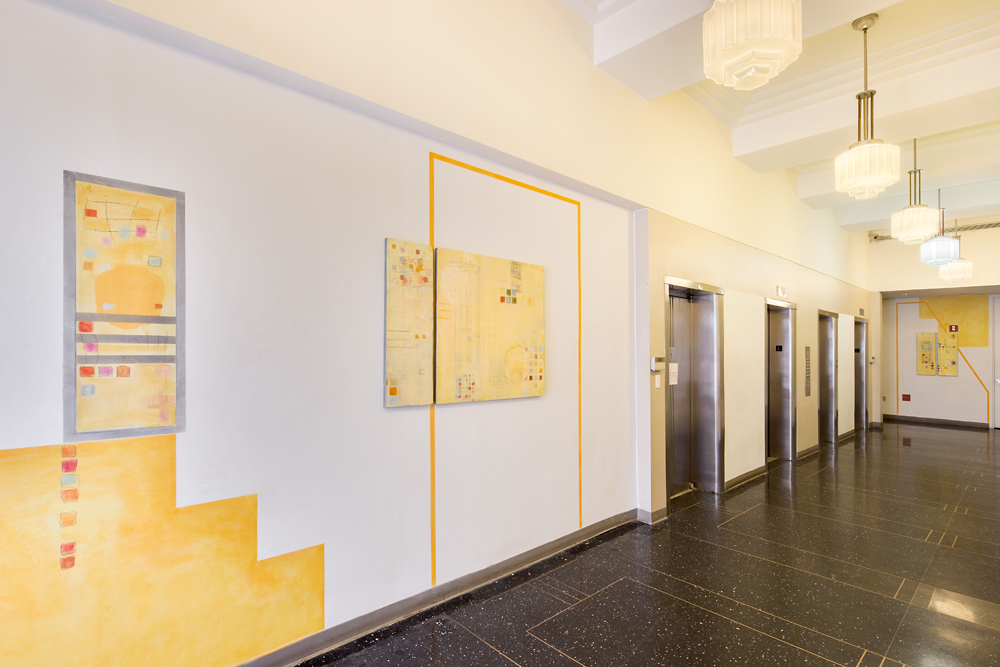 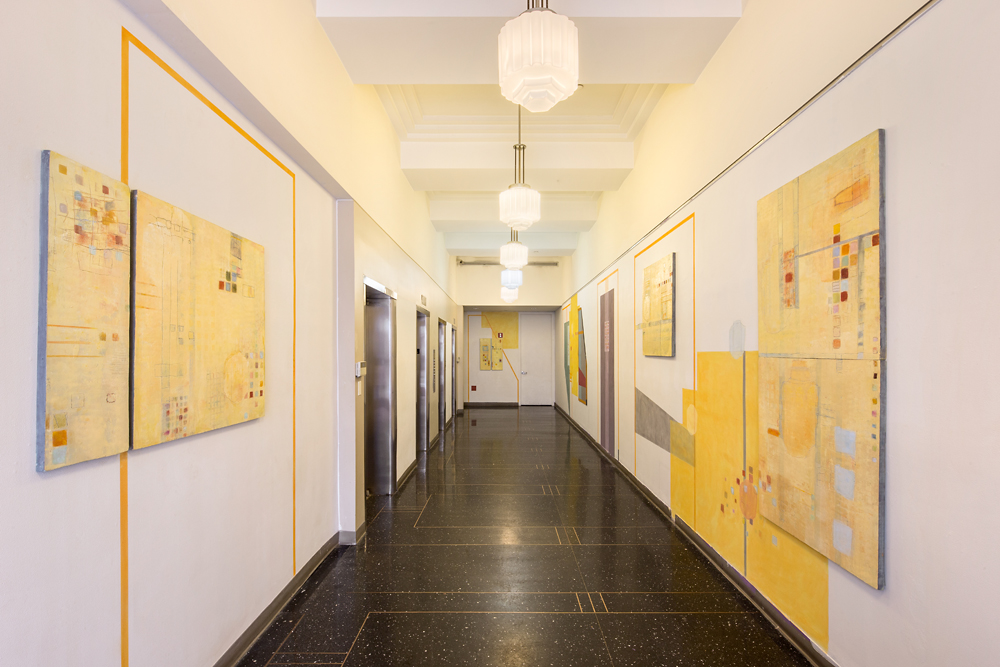 Site Specific installation, approximately 30 ft, 300 sq ft, that engaged the Art Deco lobby facade and incorporated it with the architecture outside of the lobby in Soho, NY.

Two artists were involved in this project, each with a unique approach to transforming the lobby into an very active space for those in the building. The initial concept was formulated and agreed upon by both artists and then taken into the studio to create two dimensional works reflecting this concept. Both artists came together to install the 2-dimensional work and to create a 30 ft wall drawing that incorporated the 2dimensional works with existing elements in the lobby space.