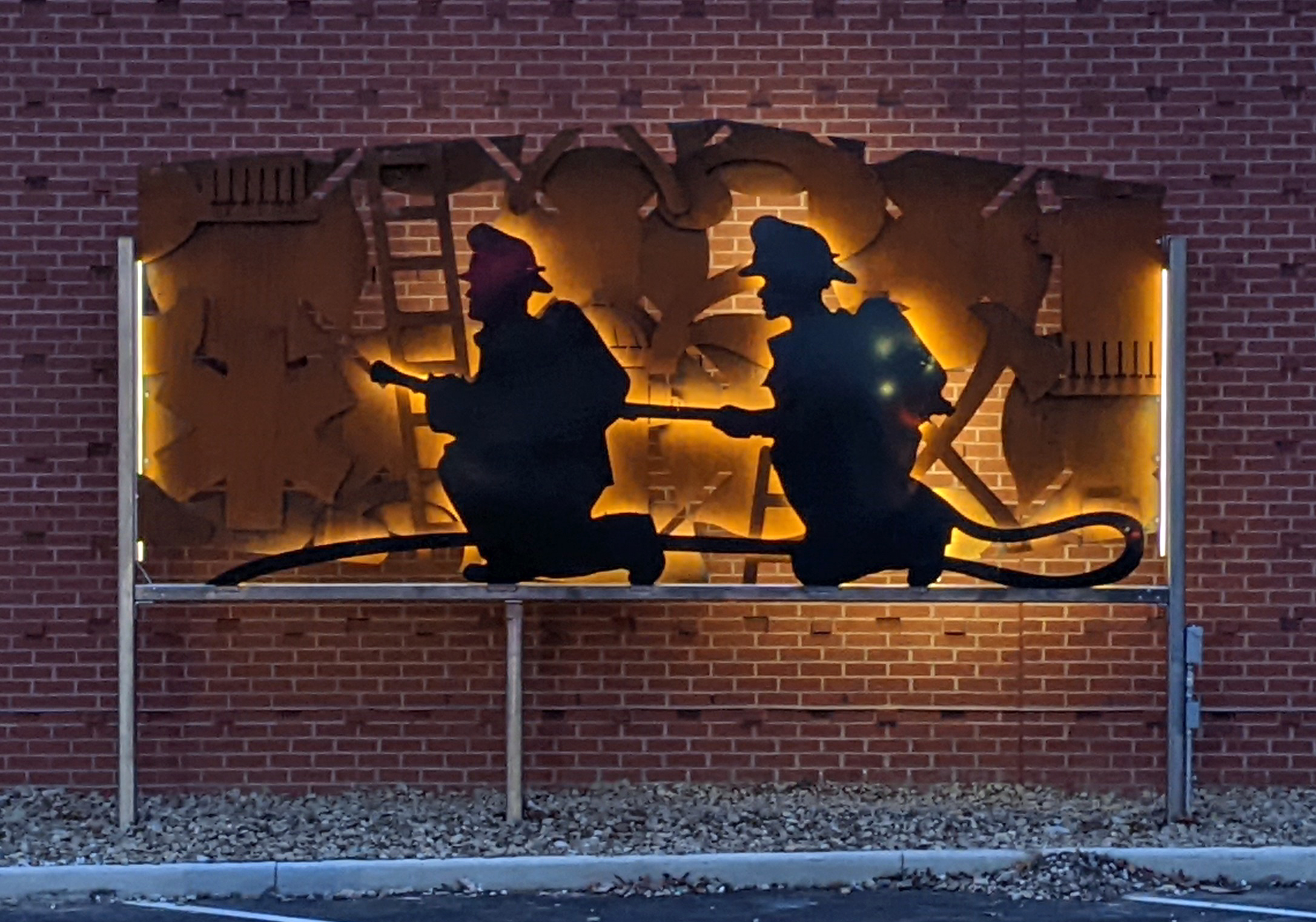 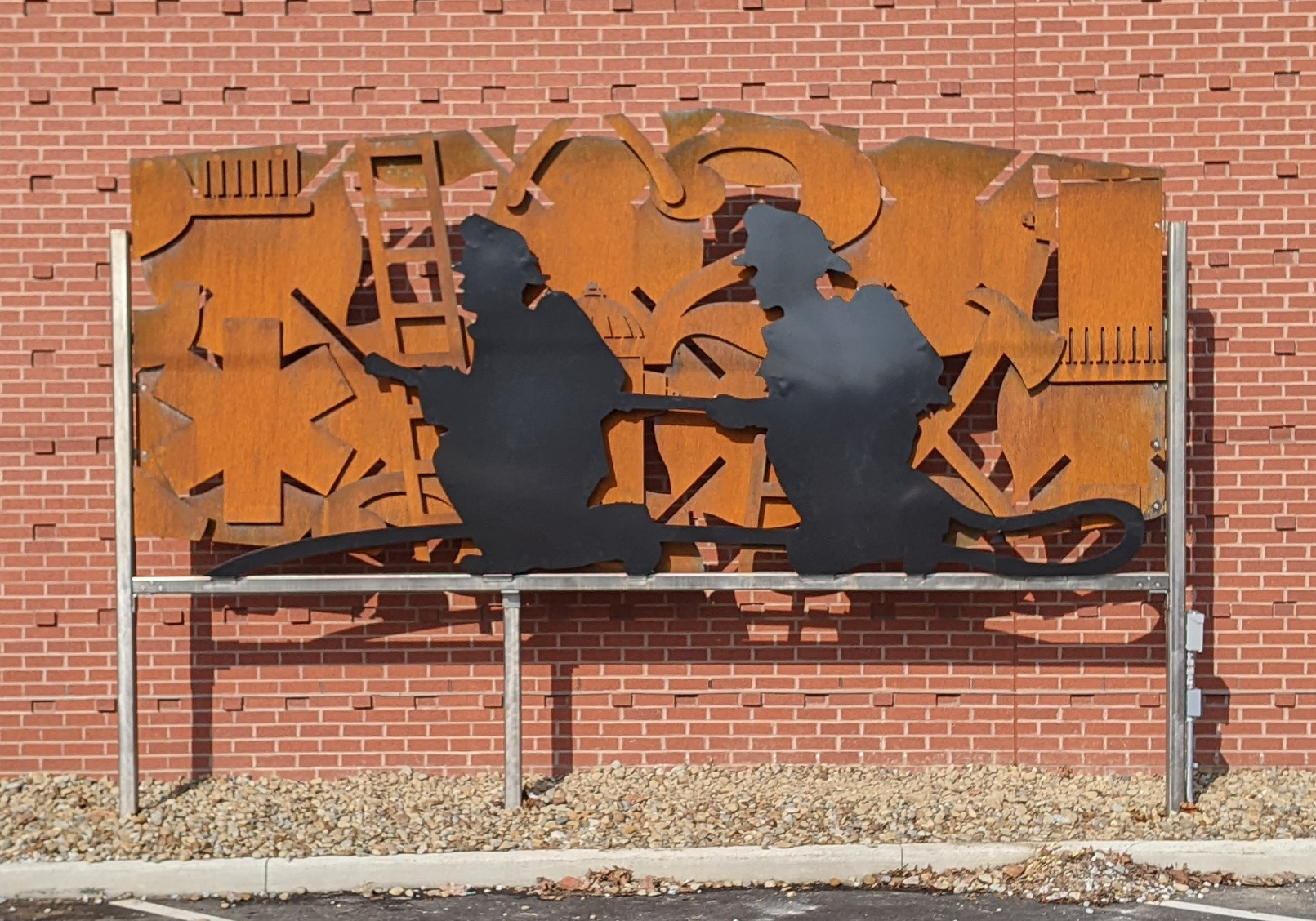 This laser cut mural was designed for a new fire station addition in Lakewood, OH. Using symbols found during a research trip to the existing station, a multilayered pattern was developed in the background of a male and female fire fighter working in unison to put out a fire.

The Corten weathering steel used in the background was selected for its durability to northeast Ohio’s weather and to provide a soft, orange colored matte surface to the backdrop of the foreground imagery. The two fire fighters were constructed out of lasercut stainless steel, which was then powder coated a dark grey to allow the silhouettes to contrast from the background. On the rear of the figures are LED lights that run each forms perimeter, allowing the project to be viewed both day and night.

For this project I worked collaboratively with the city of Lakewood, OH, a project engineer, and the community on its design and development.

The goals of this projected consisted of developing a design the positively reflected fire fighters and EMS workers, and could act as a focal point for the neighboring community.

This project included collaborations with the city of Lakewood, OH, its city architect, the Planning Department, and the fire department. Additionally, collaborations occurred with an engineer on the development of plans for the project and a hired electrician for electrical work.