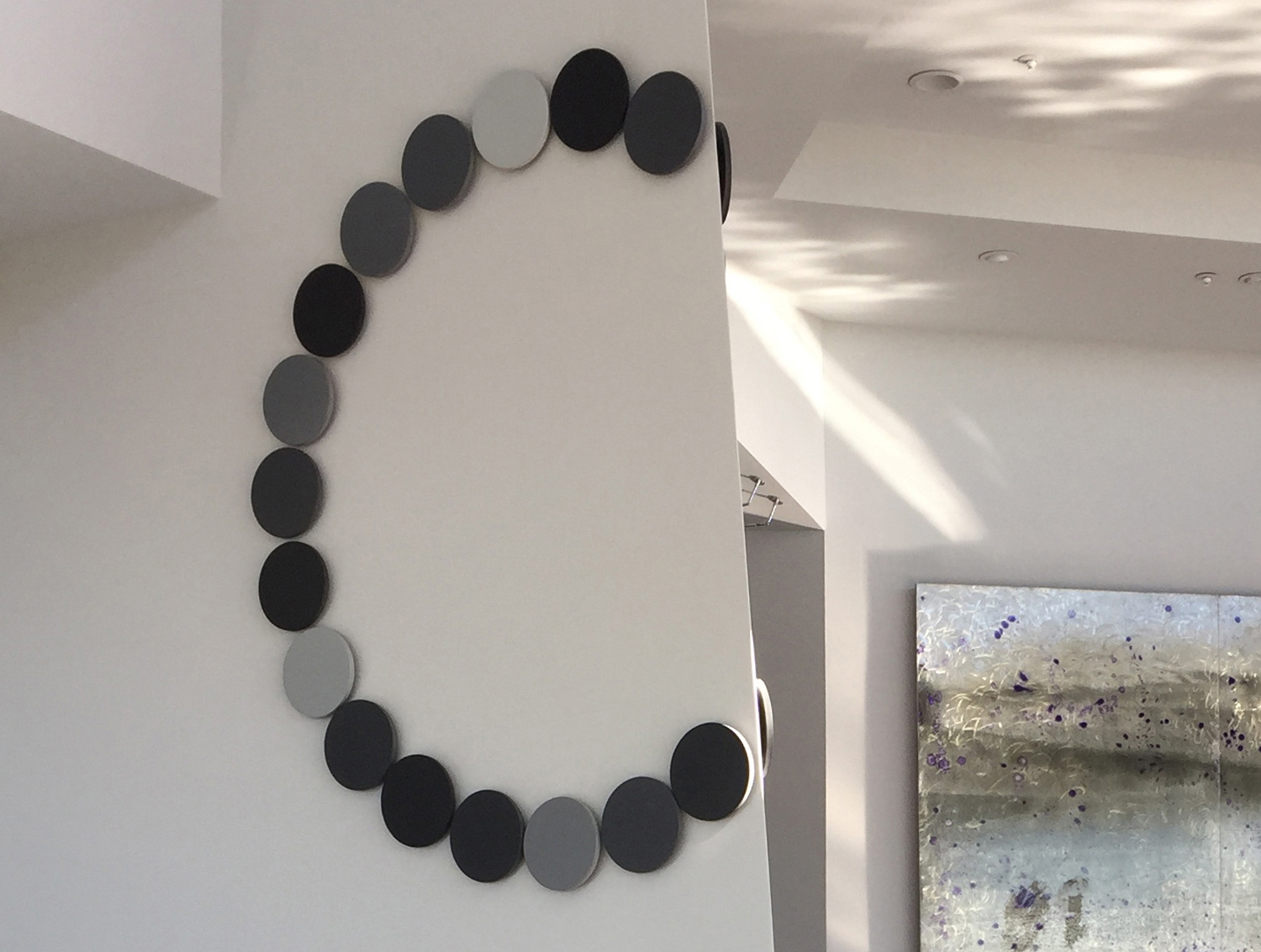 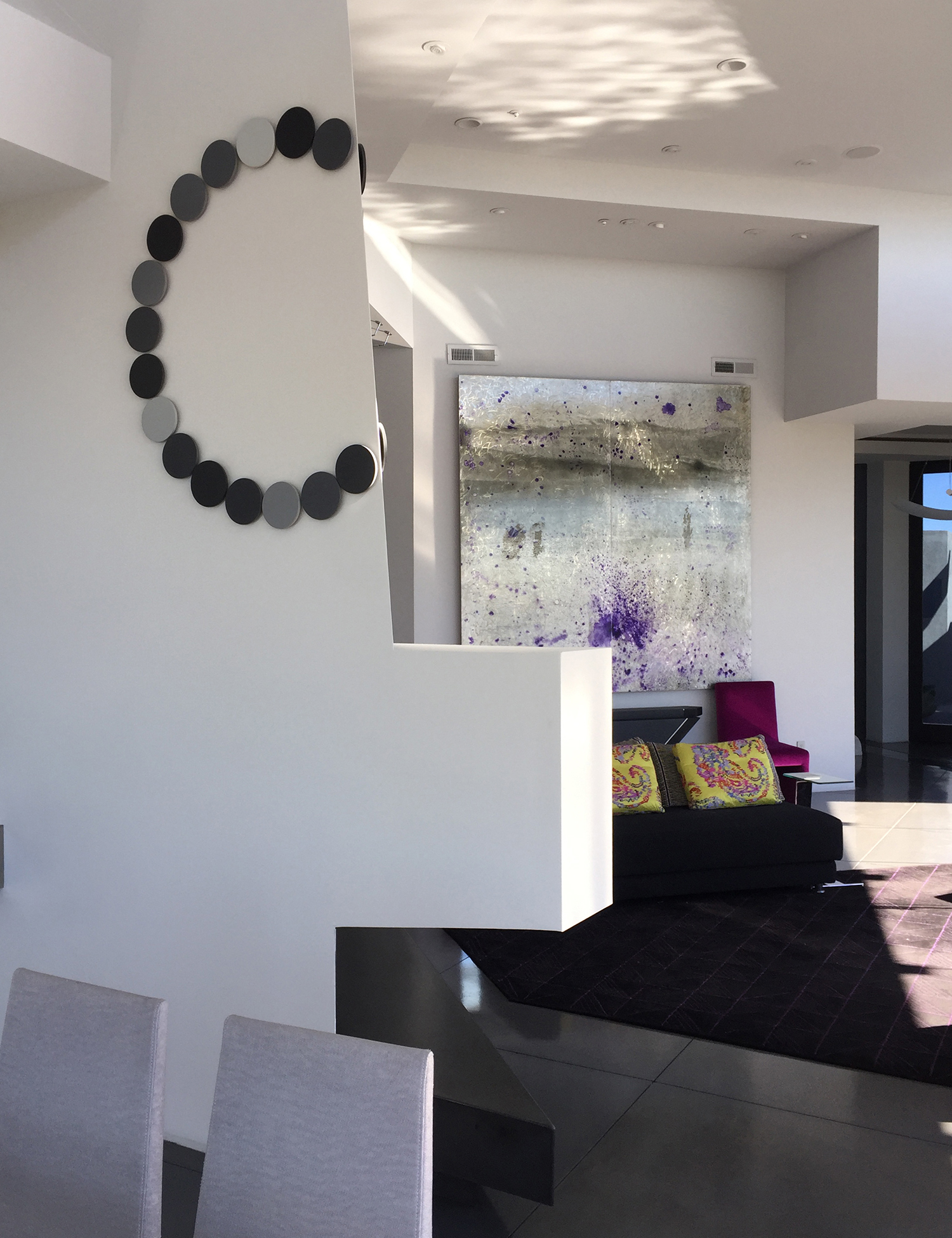 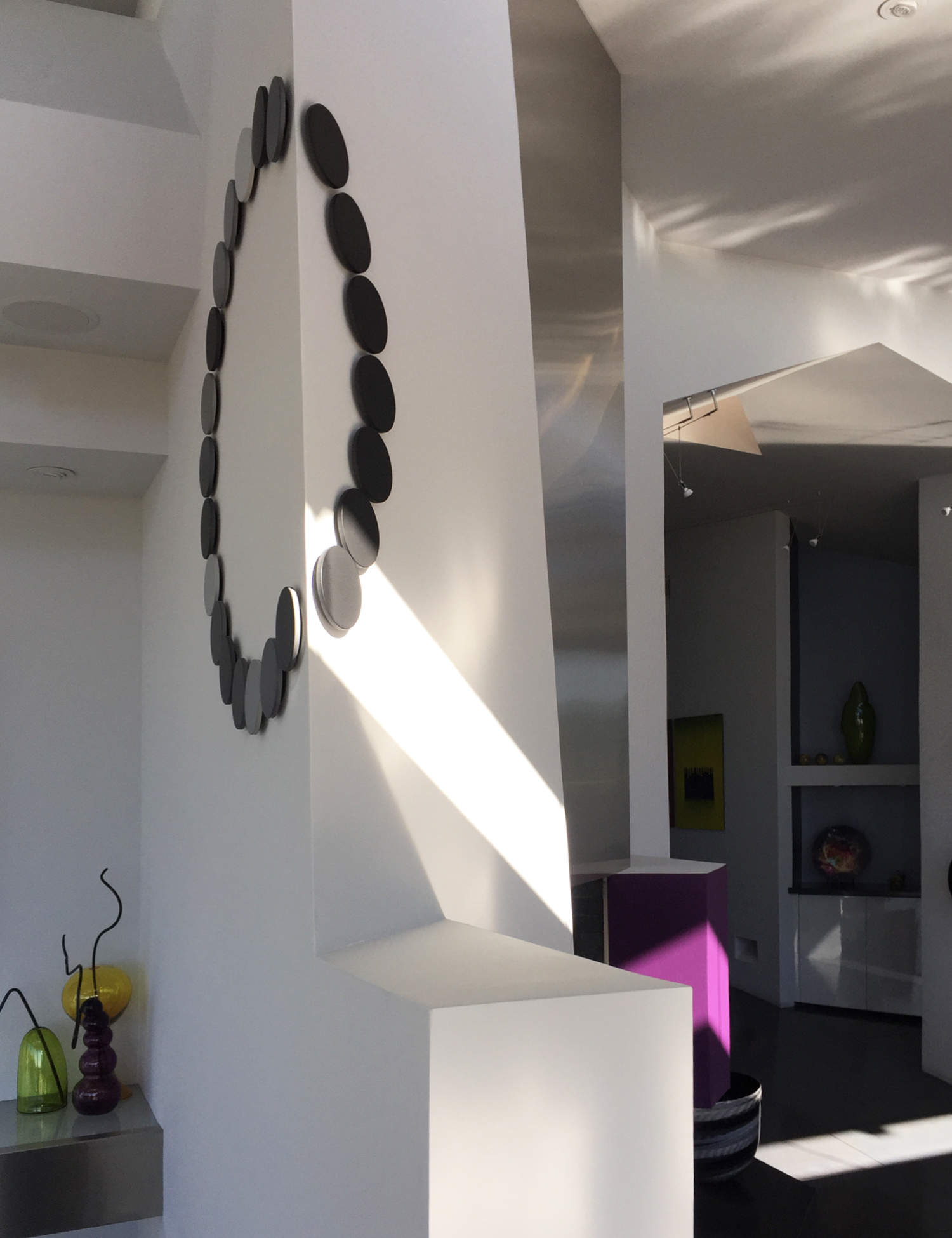 This commissioned work needed to be able to merge with and hold its own from a cohesive existing art collection.

The client was familiar with the artist's work and had two compositions already installed in the home. The new work was to play as a bridge between two spaces separated by a unique architectural detail. Originally, the client hoped for a series of subtle ceramic drawings but gradually warmed to the idea of using the artwork to wrap the corner in a graphic and bold gesture. Approximately ten submissions were reviewed before deciding to head in the direction of Shades of Grey. The final process came with choreographing how each of the many different glazes would be placed so that the final work would look lively without being distracting.