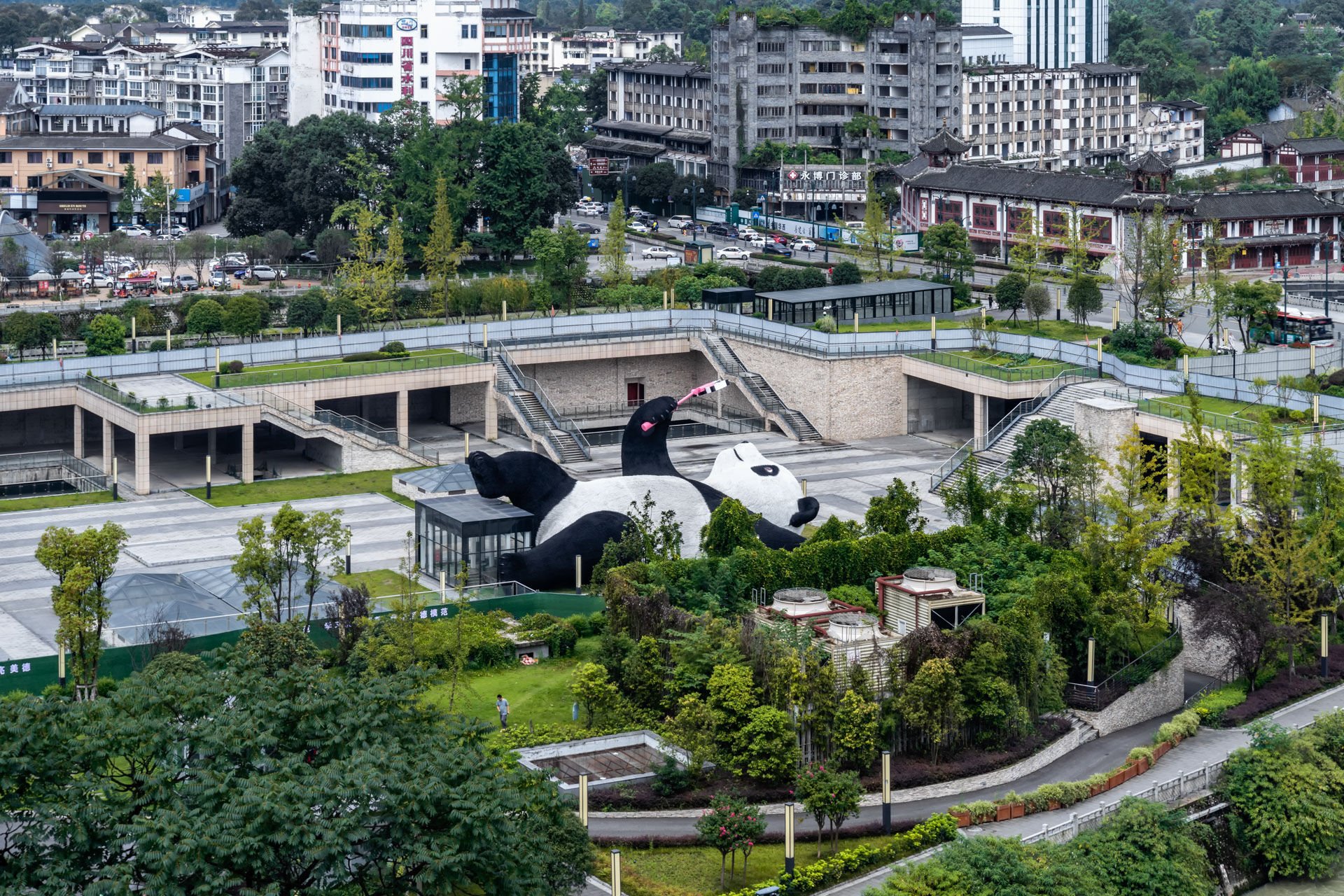 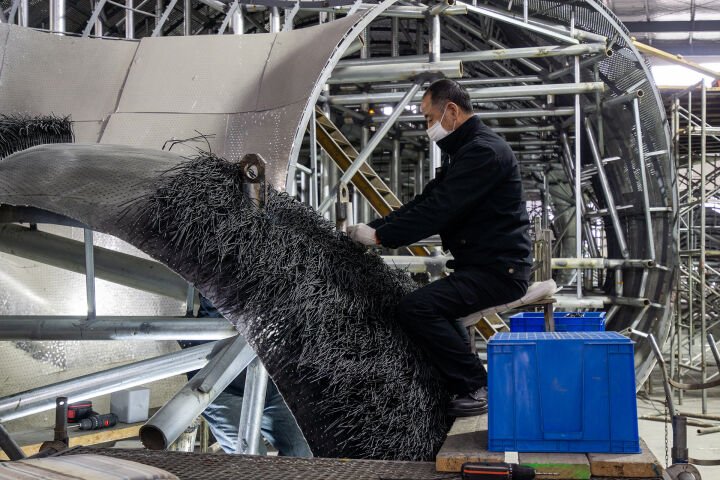 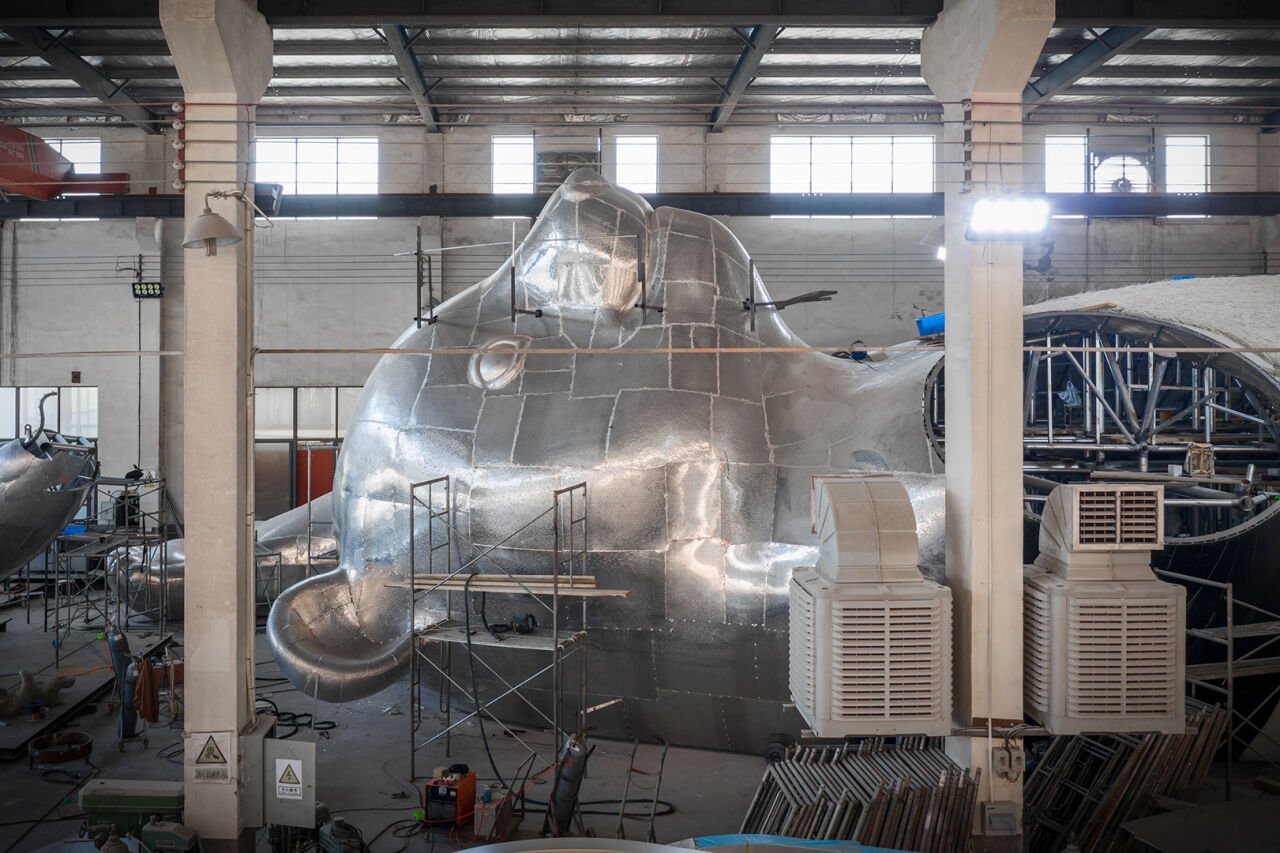 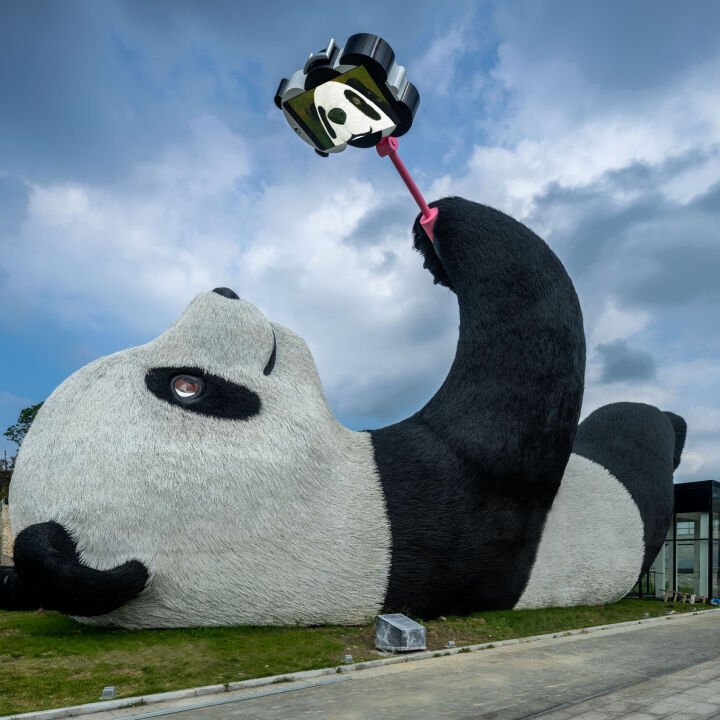 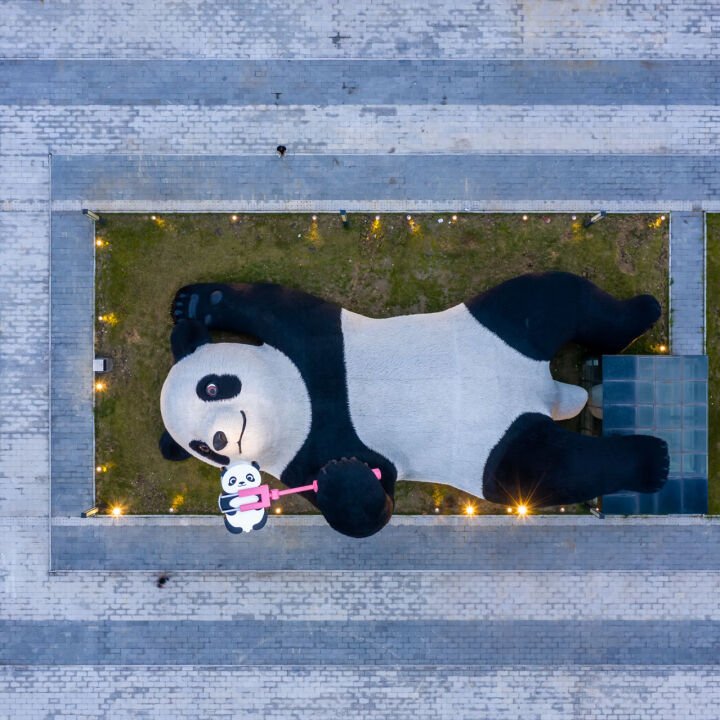 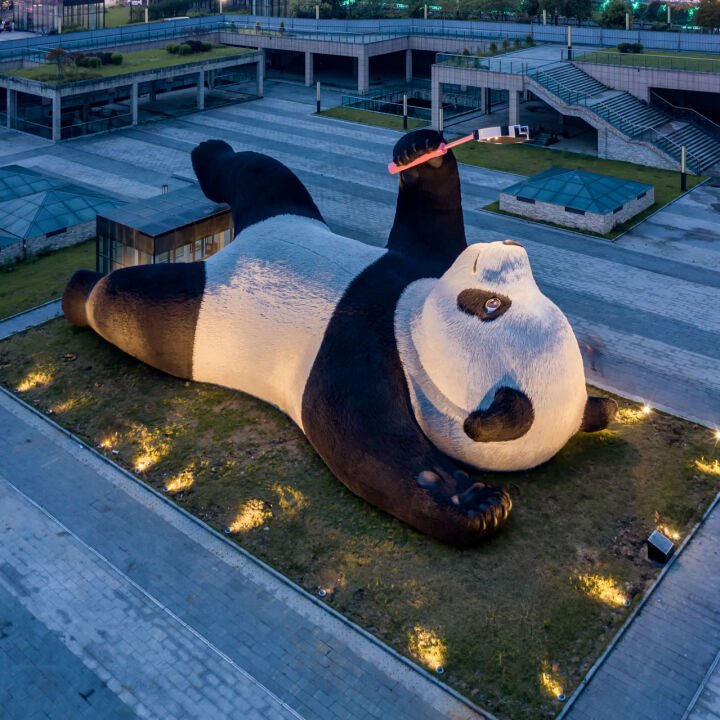 “This project is significant to me, as I know that in thousands of years, Dujiangyan has always been a paradise for Pandas. It is one of the centres of the giant panda. Dujiangyan is also considered as one of China’s protection and research centre for pandas and one of the largest and advanced in the world” says Florentijn Hofman.

“It is a great pleasure to create an engaging and larger than life sculpture for Dujiangyan. As an artist, it is always an honour to be invited, recognised and create such an iconic work for such a special place,” adds Hofman.

Dujiangyan is about 65 kilometres (40 miles) northwest of central Chengdu, and it is recognised globally as an important centre for the rescue, rehabilitation and protection of pandas. The city enjoys a favourable climate and natural environment with vast bamboo forest coverage and lovely scenic surroundings, perfect for a public reception and education for pandas.

This 130,000kg "selfie panda" lounging around at Yangtianwo Square, in the Chinese city of Dujiangyan in Sichuan province, has recently become a tourist attraction.

The artist’s vision is to create a colossal and iconic sculpture of a panda, lying on its natural resting position while making a selfie of itself. It shows the irony of how big the giant pandas are in China and to the rest of the world and its playfulness of loving itself in vain.

Most importantly, the city is an ideal setting for the sculpture as it is recognised globally as an important centre for the rescue, rehabilitation and protection of endangered species.

Selfie Panda is a colossal artwork at 26m long, 13m wide and 13m high, offering the interactive capability to takes ‘selfies’ with the public. The work is a direct reference to the ongoing conservation efforts to protect the species by creating a clever social commentary, offering large scale community engagement and attracting global attention.

UAP was engaged by the client from the onset of this project, developing a curatorial scope followed by the design, engineering, fabrication and installation of the work. Over 3 million strands of painted wire were screwed into the perforated aluminium body of the sculpture to create a tactile and weatherproof fur coat. The selfie stick showcases a large programmed LED screen with a camera embedded into it, emulating a real phone. Visitors are encouraged to take selfies via a custom developed mobile application.

Lastly, the project was delivered during Covid-19's peak so there were several virtual calls and approvals on Zoom between Florentijn who is based in Rotterdam, Netherlands and UAP's team in Shanghai.