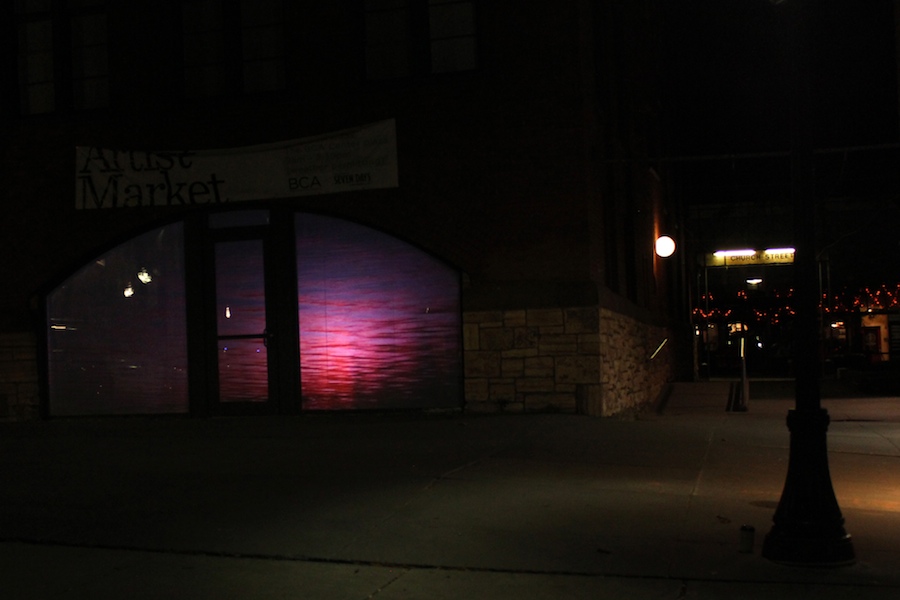 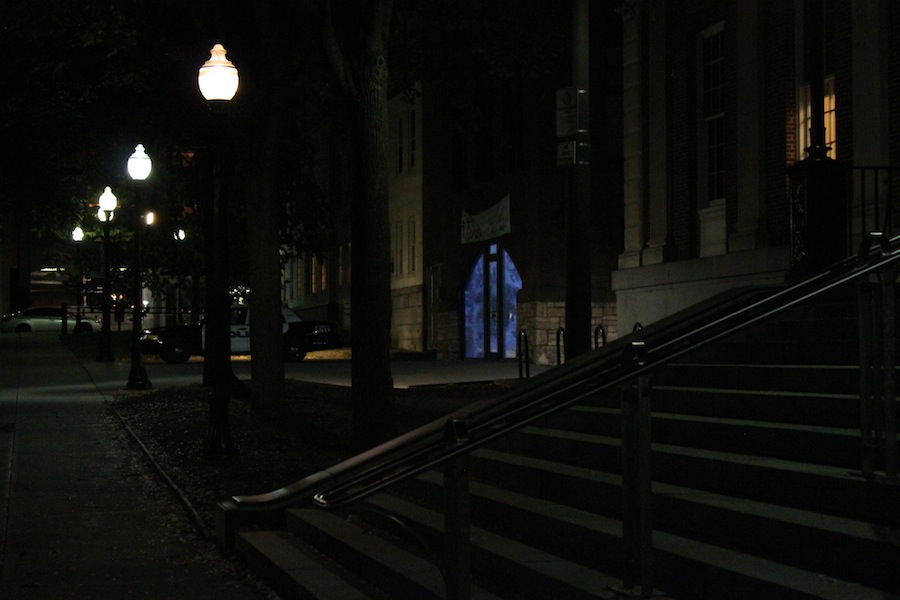 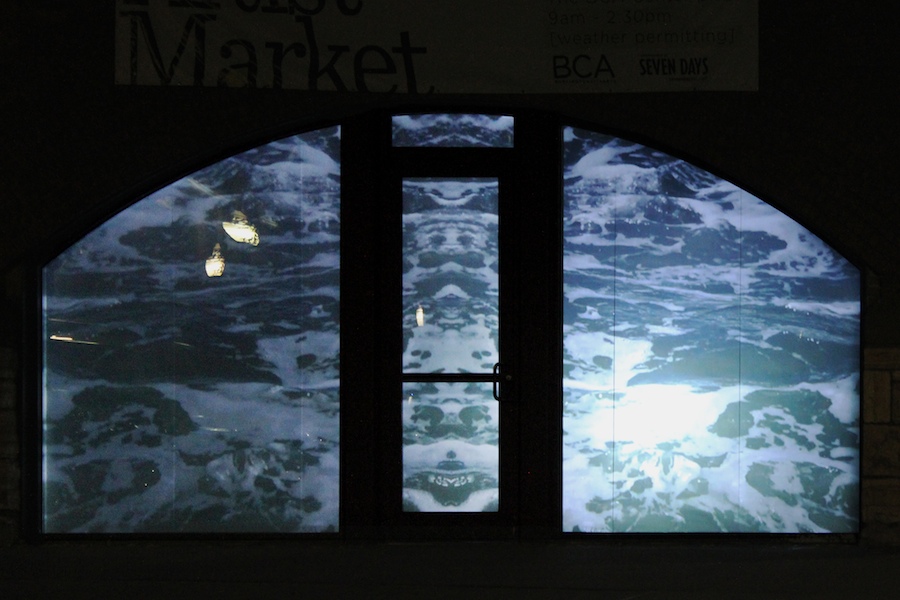 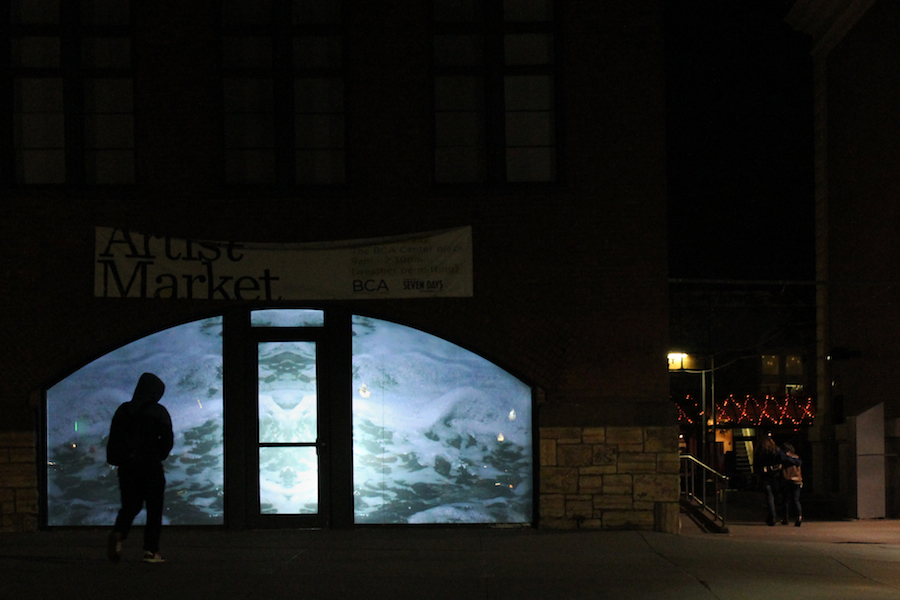 Sea Like a Mirror consists of active Atlantic Ocean footage which is mirrored so the sea's natural frothy-lines have a Rorschach-like effect and move in unpredictable ways. The unnaturally churning Atlantic slowly transitions to imagery of Lake Champlain's* surface, which advances through calm, mid-day water to post-storm, sunset and dusk footage. The lake's water slowly abstracts due to the waning light, until the sky's colors become fractured lines skimming and bouncing off the rapidly moving black waves.

The title references three main components: the visual and psychological elements of the footage, the vertical and reflective aspects of the installation, and our relationship with the power of the sea and storms. The latter being a maritime reference and a direct homage to the Beaufort Scale's first descriptive (and poetic) term for the wind's affect on water, Calm / Sea like a mirror / 0 knots, which was chosen because it is both perfect, and contrary.

*Filmed specifically for this project during a site visit to Burlington, VT (June 2017).