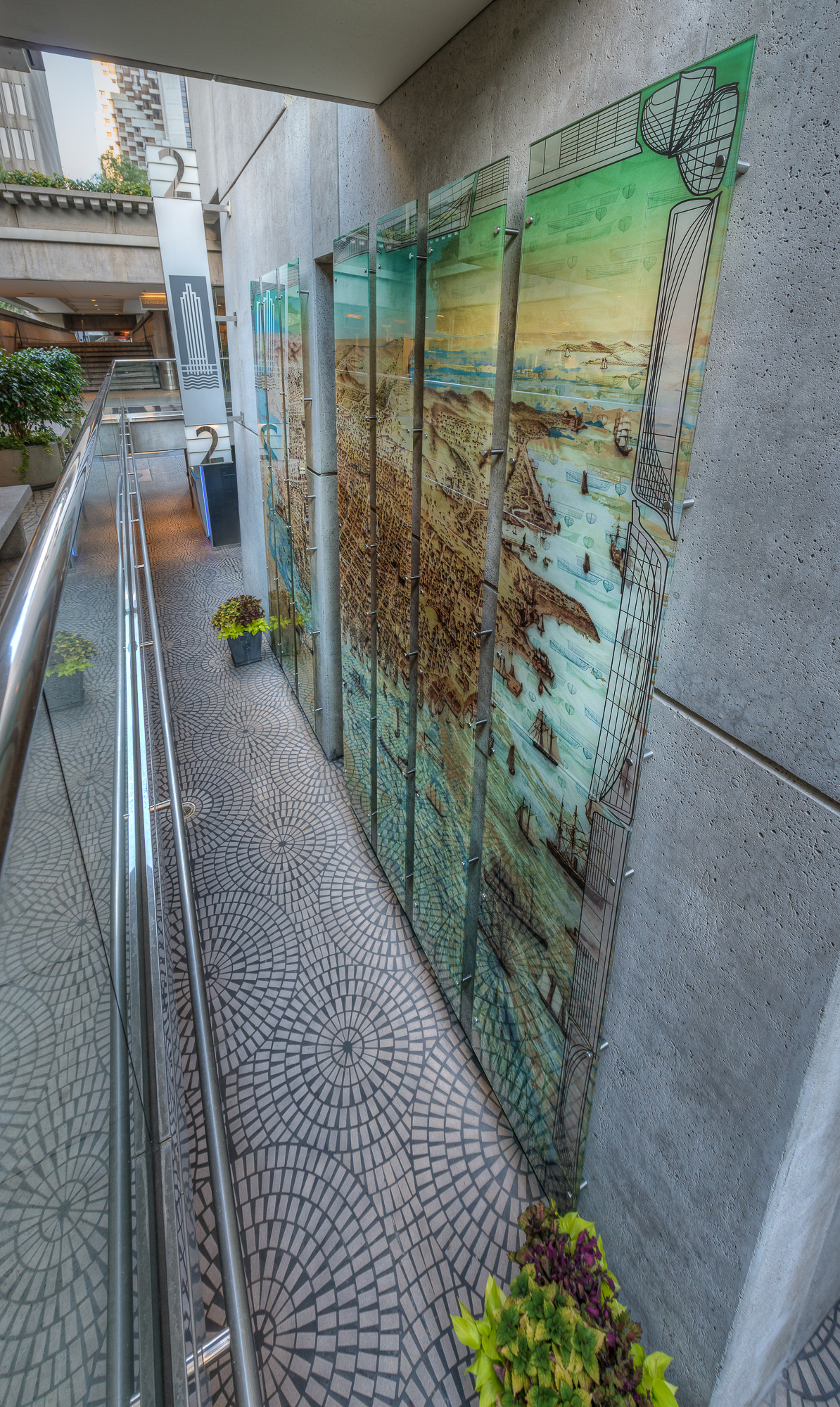 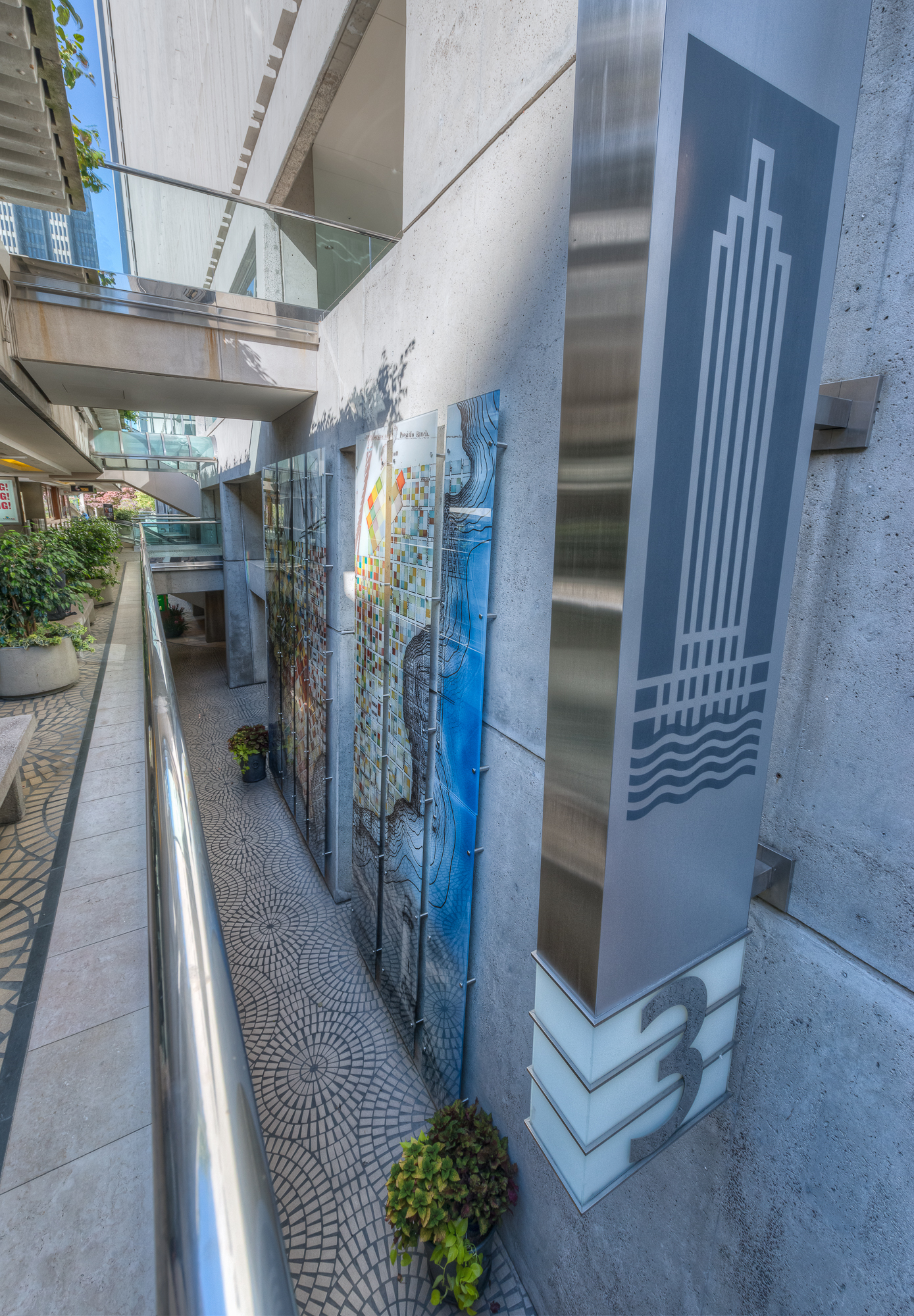 The Embarcadero Center Business complex is a series of 4 high rise buildings at the Embarcadero water front near the main ferry terminal building in down town San Francisco. The buildings along with the a joining plaza are home to many cultural & tourist attractions, public art and are known as a iconic hub of activity in the City’s financial district.

The buildings were constructed in the mid-1970 and feature a classic modernist style of commercial architecture. Elaborate cast concrete features such as cantilevered beams and spiraling stair cases adorn the ground floor lobbys and public spaces. monumental sculptures from the era are situated in prominent atriums and surrounded non-functional fountains. Despite the unique architecture, the public ground floor corridors are dimly lit, the concrete walls make the space feel cold and cavernous. Compared with the large, open sun flushed lobbys common seen in current architectural trends, the ground floors in EC buildings 1-4 seem out dated. In 2013, the property owner underwent a renovation of the ground floor spaces to make them colorful and friendly to pedestrian traffic. Our two glass murals were designed to enliven part of this space.

The project was a joint design collaborative between Troy Corliss and Elin Christopherson. These artists have joined forces on a variety of large scale projects in the last 14 years, all with the focus of of adapting studio glass processes into large scale public art. Corliss and Christopherson worked closely with the executive staff of Boston Properties to land on a design approach that is informative and engaging, both in its creative composition and physiography. The subject matter in both murals draws on the physical and cultural evolution of the S.F. waterfront in the early development of the City. After the Mexican- American war and the discovery of gold in California's Sierra Nevada Mountains, the population mushroomed from the small town of Yerba Buena into a full scale international port city.

A series of early fires, landfill, and development buried this important pioneer seaport. Artifacts and entire ship hulls are now buried. In 1850, pioneer William Heath Davis wrote that this place “…was the thoroughfare for communication with vessels, and was crowded from morning 'til night with drays and wagons coming and going, sailors, miners and others of all nationalities; speaking with a great variety of tongues, moved busily about; steamers arriving and departing, schooners were taking merchandise for the mines, boats were crowding in here and there—the whole resembling a great beehive...”