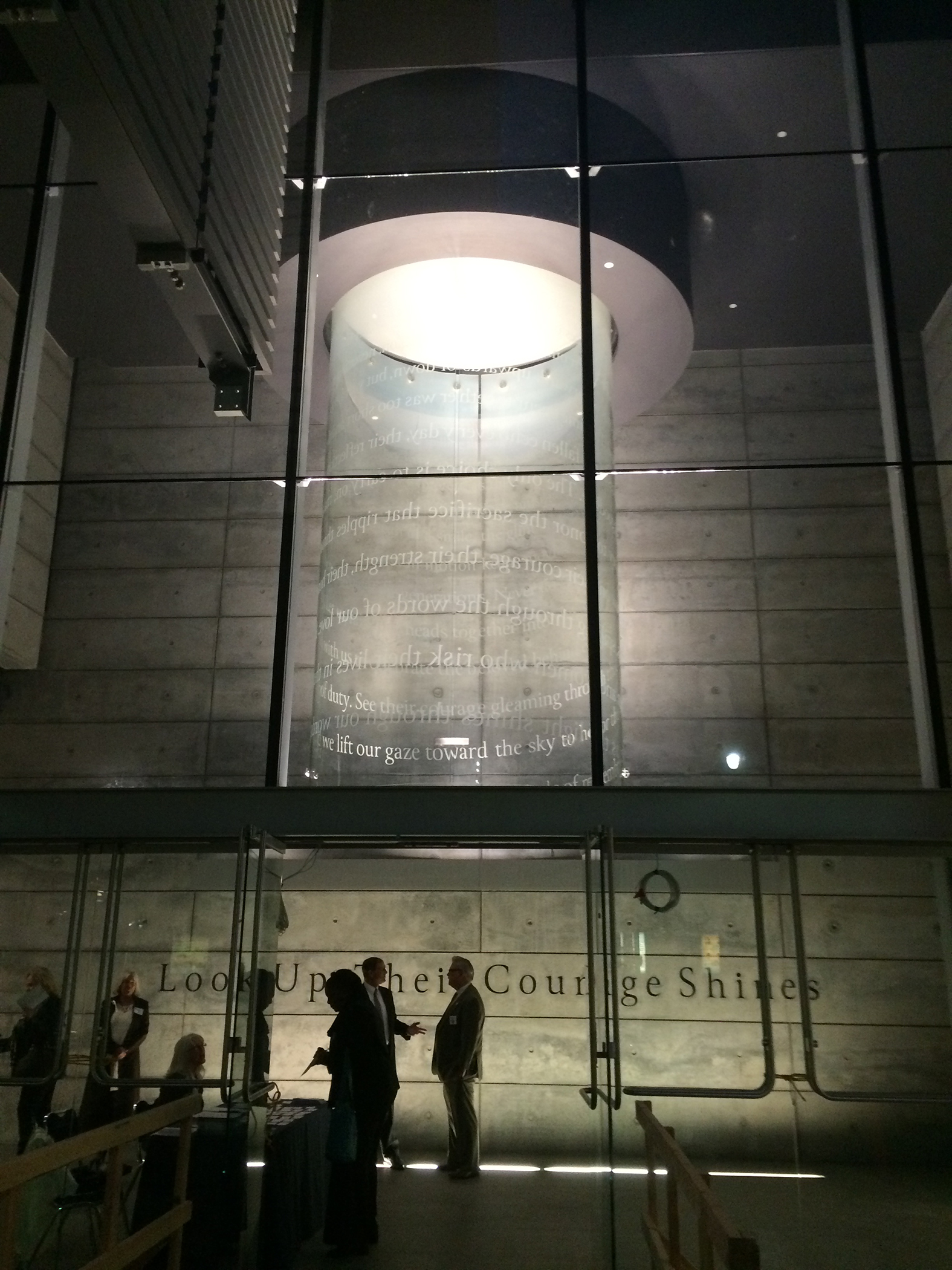 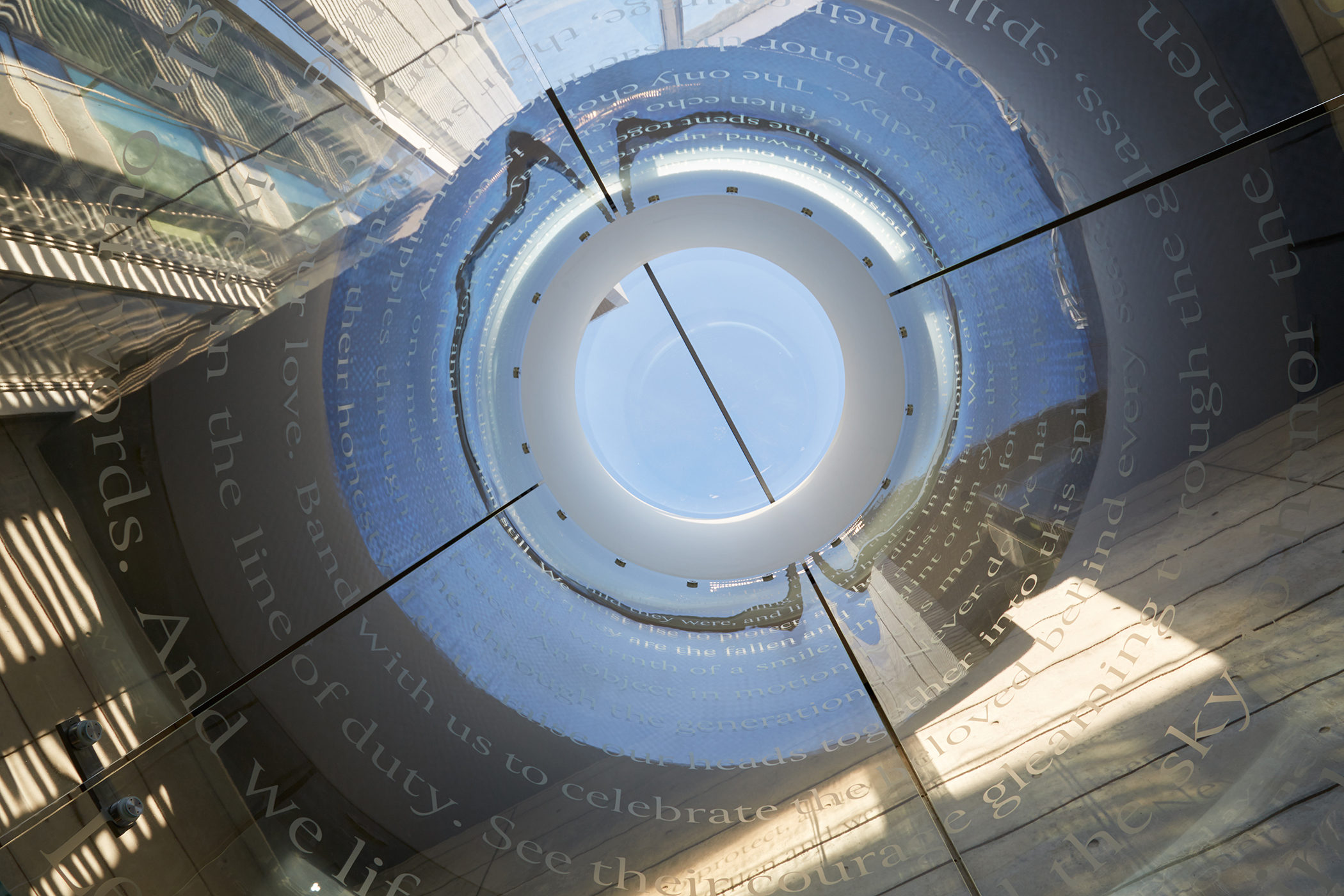 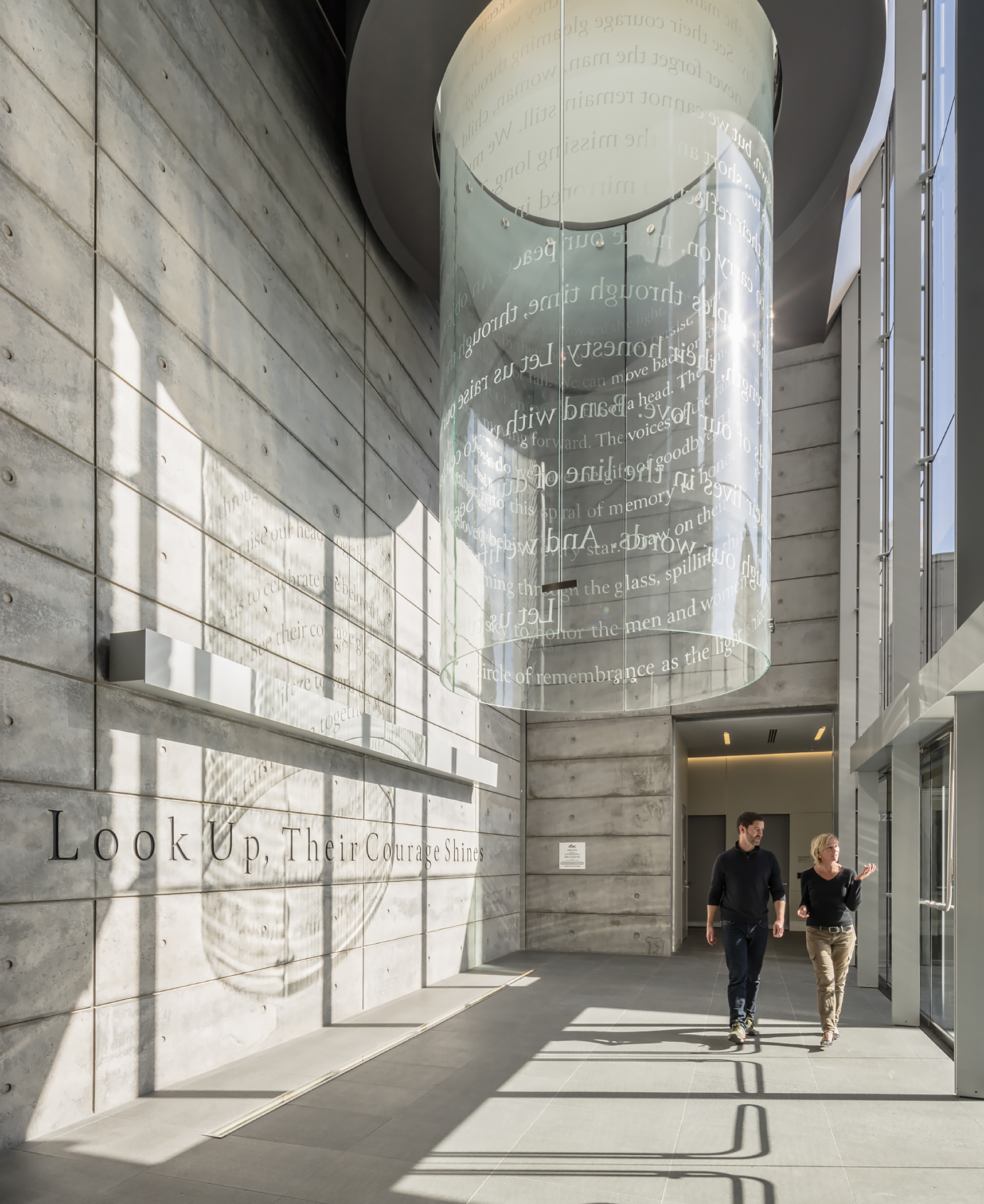 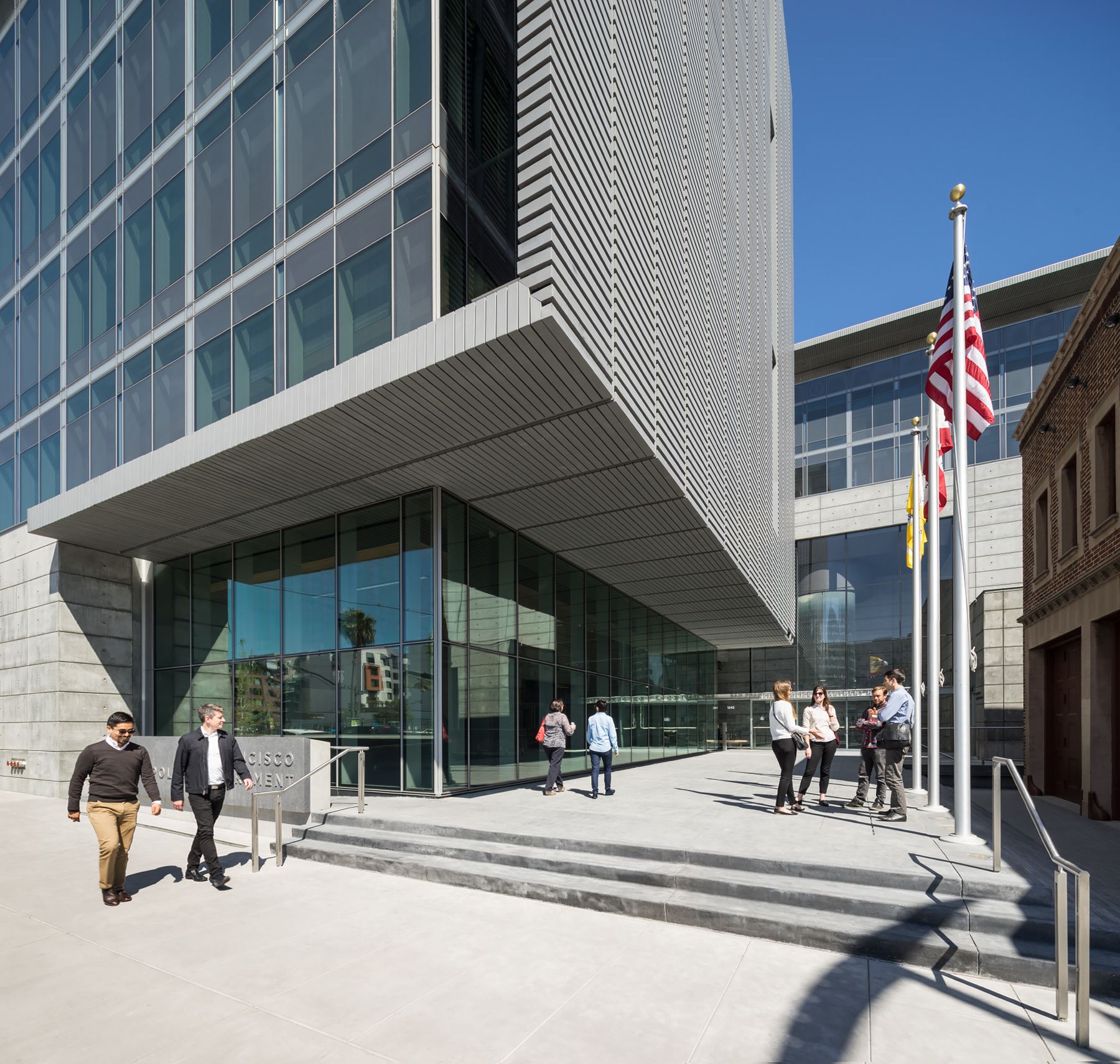 Spiral of Gratitude is a permanent memorial installation located in the main lobby of the new 243,000 sf San Francisco Public Safety Building. A memorial to honor police officers who have fallen in the line of duty, Spiral of Gratitude encompasses a large glass cylinder, 17 feet tall and 10 feet in diameter, forming an oculus/skylight that frames the sky above. It is inscribed with written expressions of gratitude and loss, gathered from surviving family members and crafted into a seamless, evocative poem. The Memorial is also framed by bas relief text inscribed in the entrance lobby’s rear wall.

The public art component was funded through the City's percent-for-art ordinance, which is administered by the San Francisco Arts Commission and requires that 2 percent of a project's gross estimated construction costs be set aside for public art. The overall project was funded through the 2010 Earthquake Safety and Emergency Response bond, which voters/residents approved with 79 percent support. Because of the new facility’s overall significance as a “new face” to the public, as well as key to the redevelopment of the neighborhood, the incorporation of equally meaningful public art was key to the project’s goals and vision. The siting and location of the campus created a public realm streetscape with wide sidewalks along busy Mission Rock, China Basin, and Third streets. A gracious entry courtyard and a plaza is a busy and welcoming environment, offering a prime opportunity to integrate significant public art to further the overall vision and meaning of the facility.

From the onset of the project, the entire project team – the client; the lead architects, HOK and Mark Cavagnero Associates; and lead artist for Spiral of Gratitude, Shimon Attie; worked in close collaboration to develop the overall vision and intent of the installation. Shimon Attie, in collaboration with associate artist, Vale Bruck were immediately awarded the commission for the permanent artwork for the building. The vision and intent of the artwork was carefully integrated into the building’s design vision and intent, creating a seamless and immersive experience for the facility’s occupants and the public at large. The facility is designed as an important civic presence in one of the city’s critical redevelopment areas, with the commissioned artwork reinforcing the significance, importance and history of the city’s police and fire departments. Viewers of Spiral of Gratitude are invited to have their own experience of appreciation for the ultimate sacrifices made by the fallen officers for the good of the larger community. The aim of Spiral of Gratitude was to create an ethereal play of language, light, glass, and sky, one that is both visually arresting and that invites contemplation.