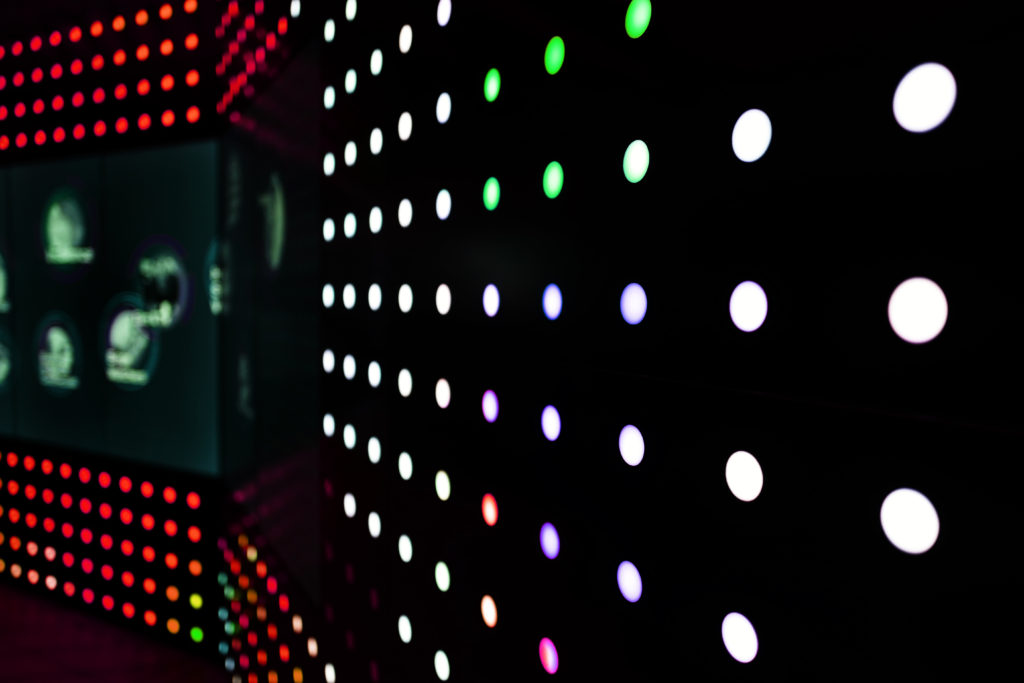 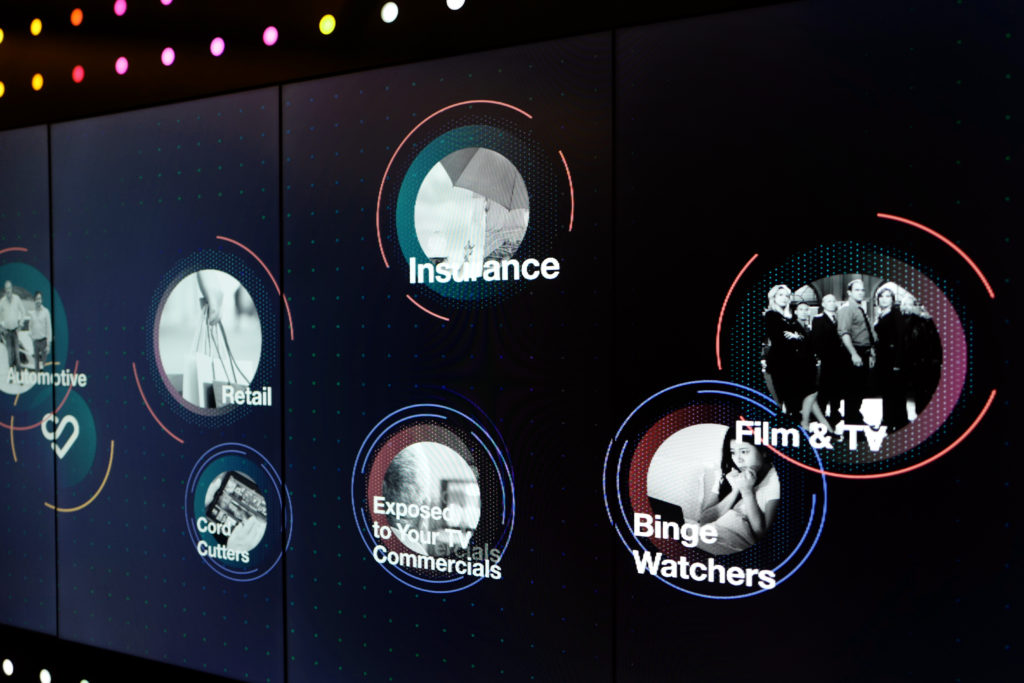 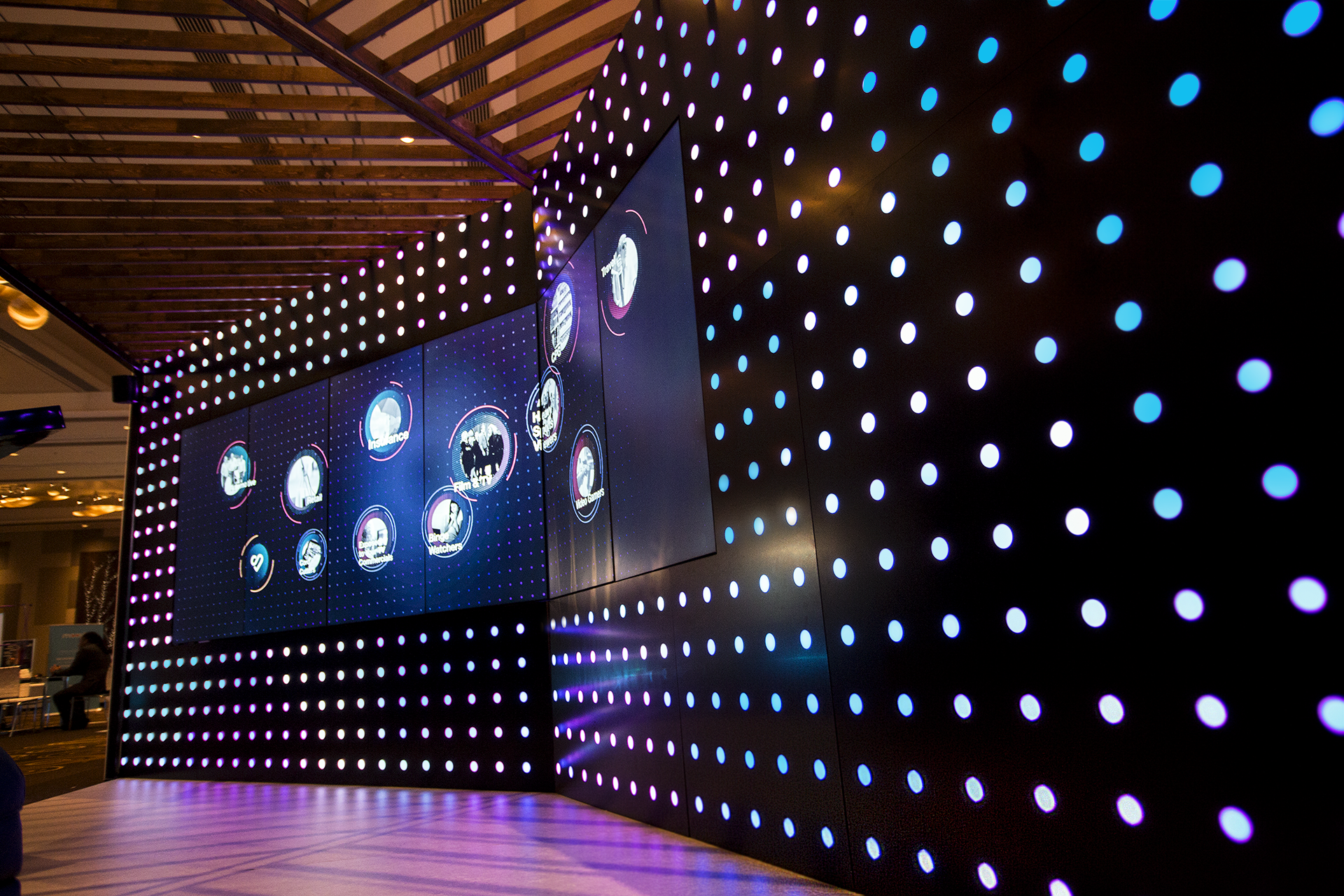 Volvox Labs [VVOX] partnered with San Francisco based data company Samba TV to design and build their first interactive demo space for CES 2018, formerly known as the consumer electronics show. The client wanted to showcase their products and demos while also delivering their data in an engaging and innovative way. To create a more elegant and surprising display of graphics and data, Volvox Labs designed and built a fully integrated media facade solution.

The facade comprised of an interactive light wall consisting of 546 LED nodes, creating a magical 3832 pixel array of colored lights. LEDs were integrated within an advanced facade material, alucobond, turning the light wall into a slim- profile screen that could relay any data into a beautifully abstract image. Particle simulations of color were driven by Samba TV data and used to control the movement of light on each individual node.

Via a touchscreen interface partners, clients, and passersby could also control and explore the depth of Samba TVs data on the high-resolution screens. Interactive touchscreen animations were designed in TouchDesigner and were programmed to pulled data feed provided by Samba TV. Each interaction reveals new content both on the touchscreen as well as the six video wall monitors, with each step taking the participants deeper into the Samba TV data world.