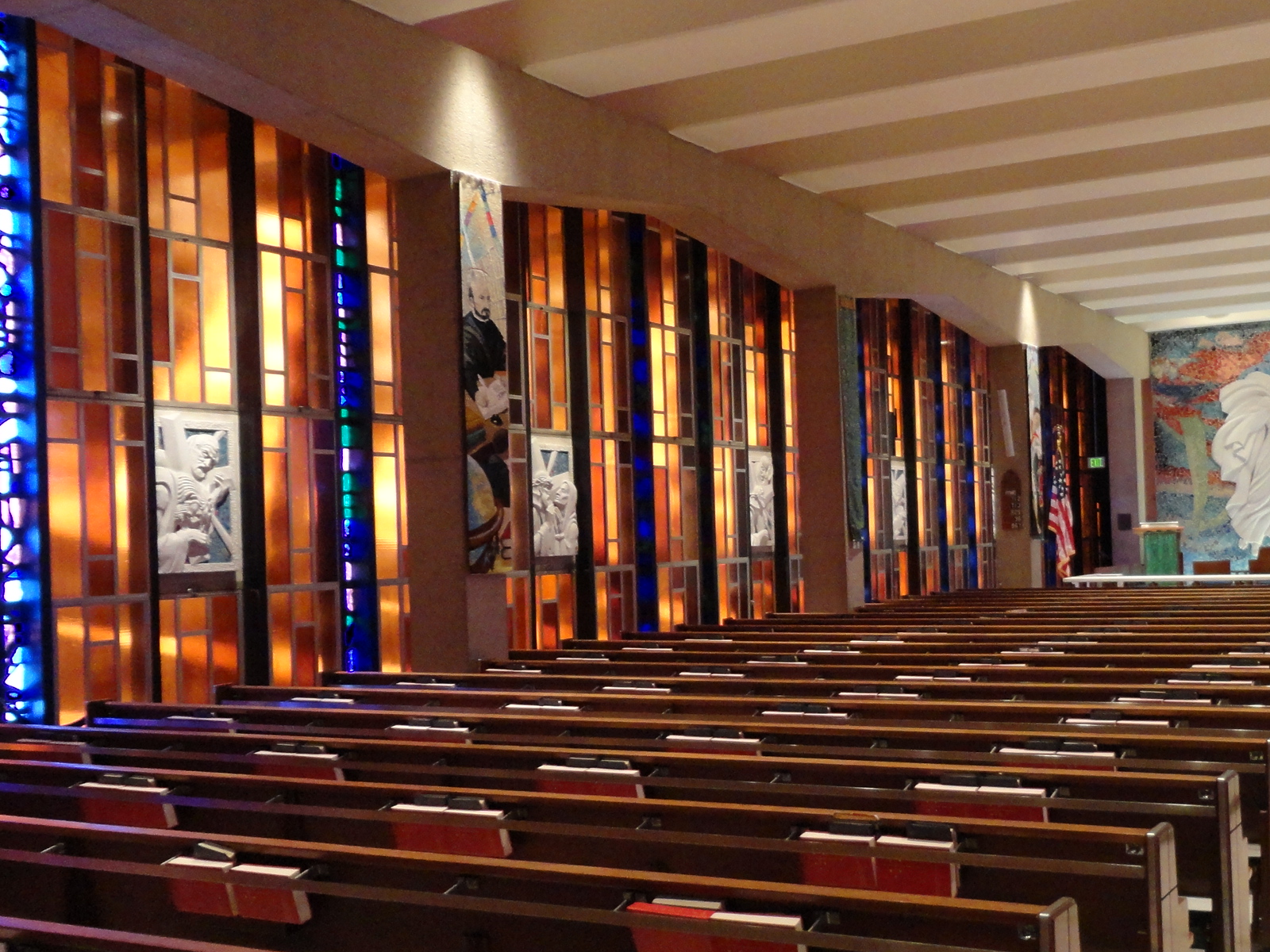 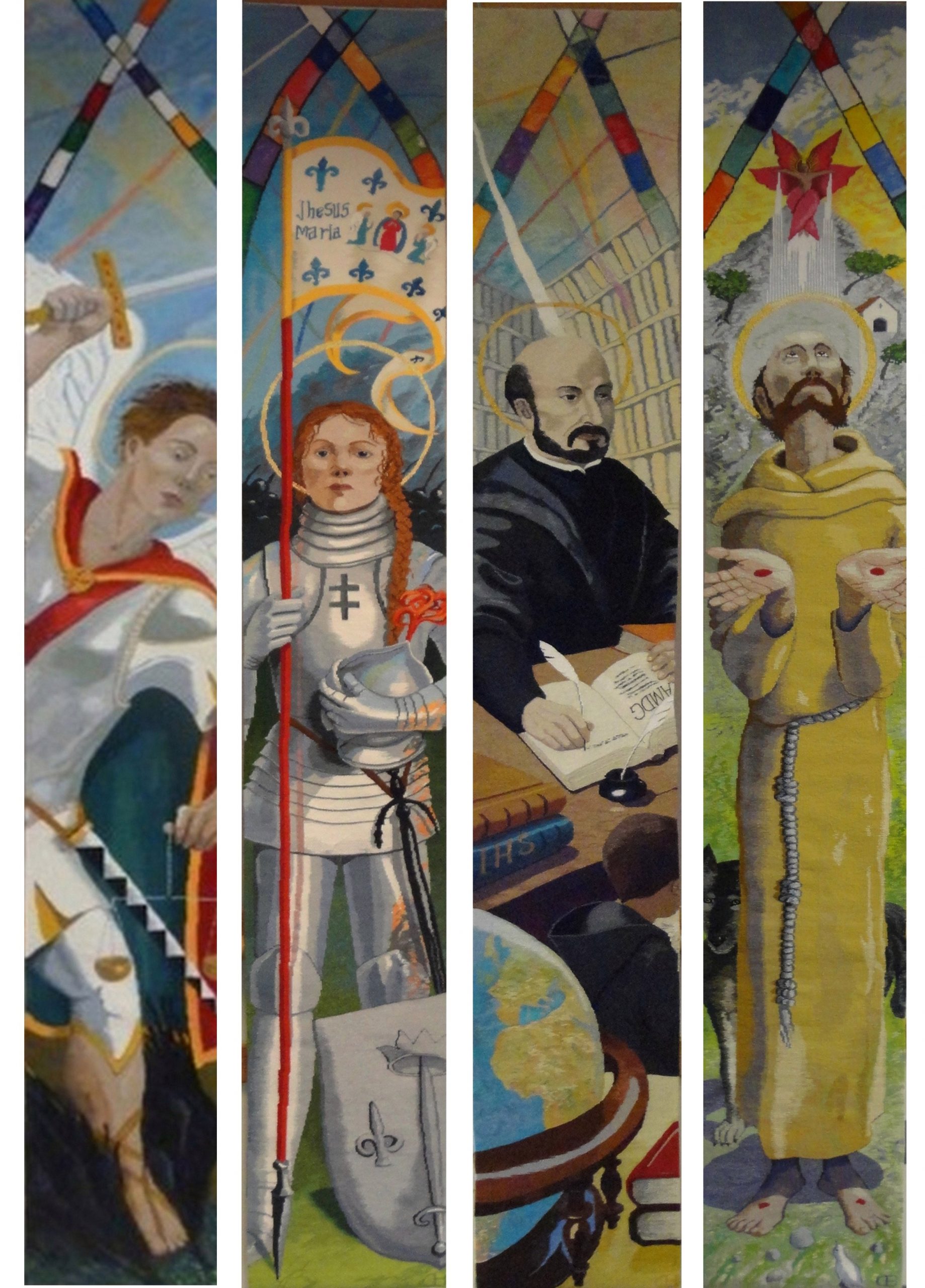 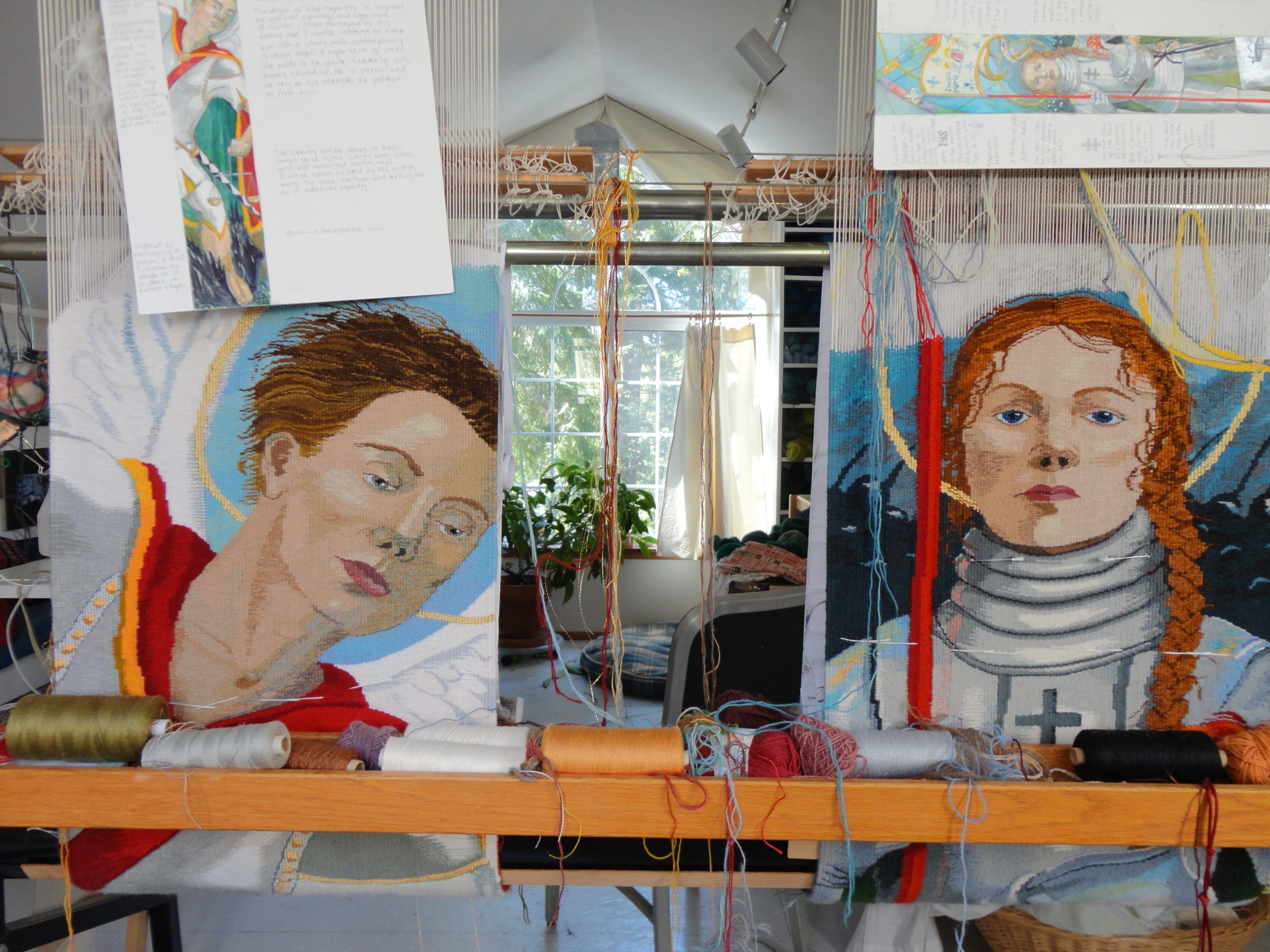 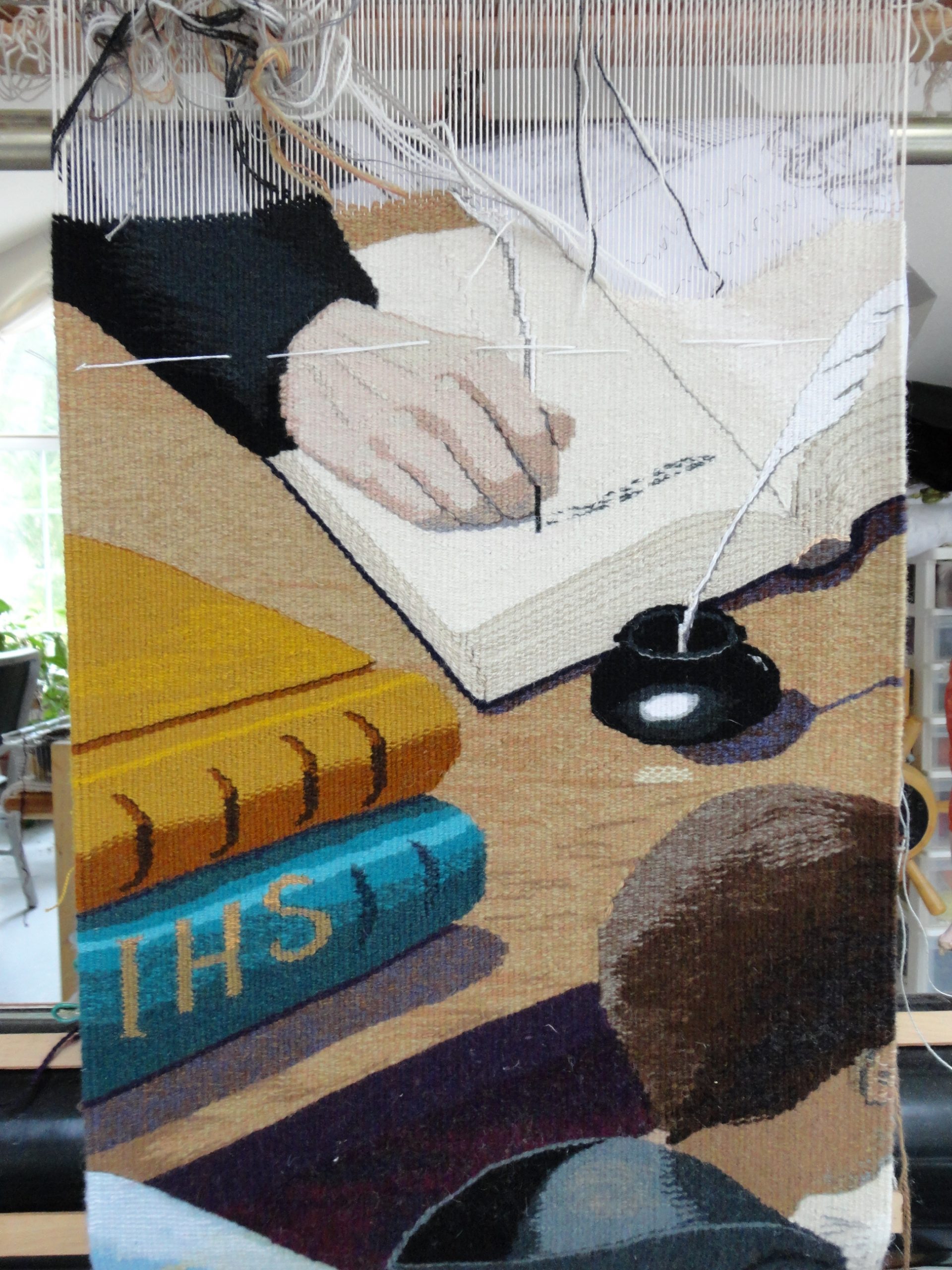 The Air Force Academy Catholic Chapel commissioned a series of tapestries: eight saints, each 9.5 by 1.5 feet, and five tapestries, one for each of the liturgical seasons, for the ambo (pulpit).

The design goal was to add tapestries to existing concrete structural elements to enhance and soften the interior and to add to the religious and visual experience of cadets and visitors.

A previous chaplain was inspired by European tapestries and initiated a search for a tapestry artist. This led him to a local liturgical consultant, Bill Sarge of Cenacle Consultants, who put me in touch with the Chapel's art committee. The committee met with me and gave me the names of the saints they wanted represented. I then began work on research into the lives of the selected saints and sketches of each. After several submissions to the committee we agreed on the design of the first three tapestries and I started work in the loom. In October 2013, one year later, I delivered the tapestries and I also presented sketches for the next three. I obtained approval for all three but funding was was not available until May 2014, and then only for one which was installed in October 2014. The Air Force Chapel has since obtained funding for saints 5 and 6 and is working on saints 7 and 8, the sketches for which have been approved. Saints 5 and 6 will be installed in April 2016.

This is an ongoing project with an updated target for the completion and installation of all eights saints as 2017.