The Gospel of Mark Window - CODAworx 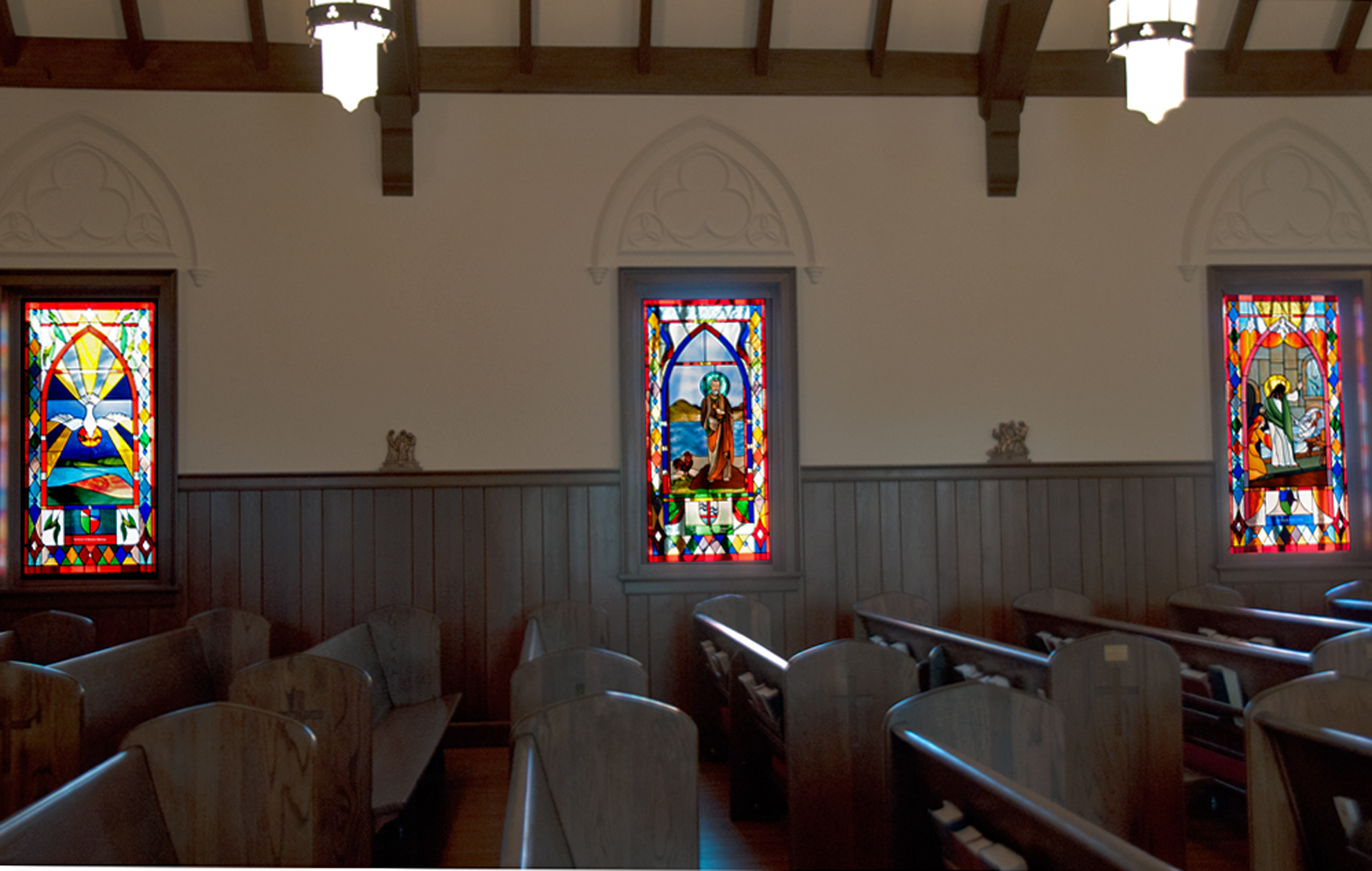 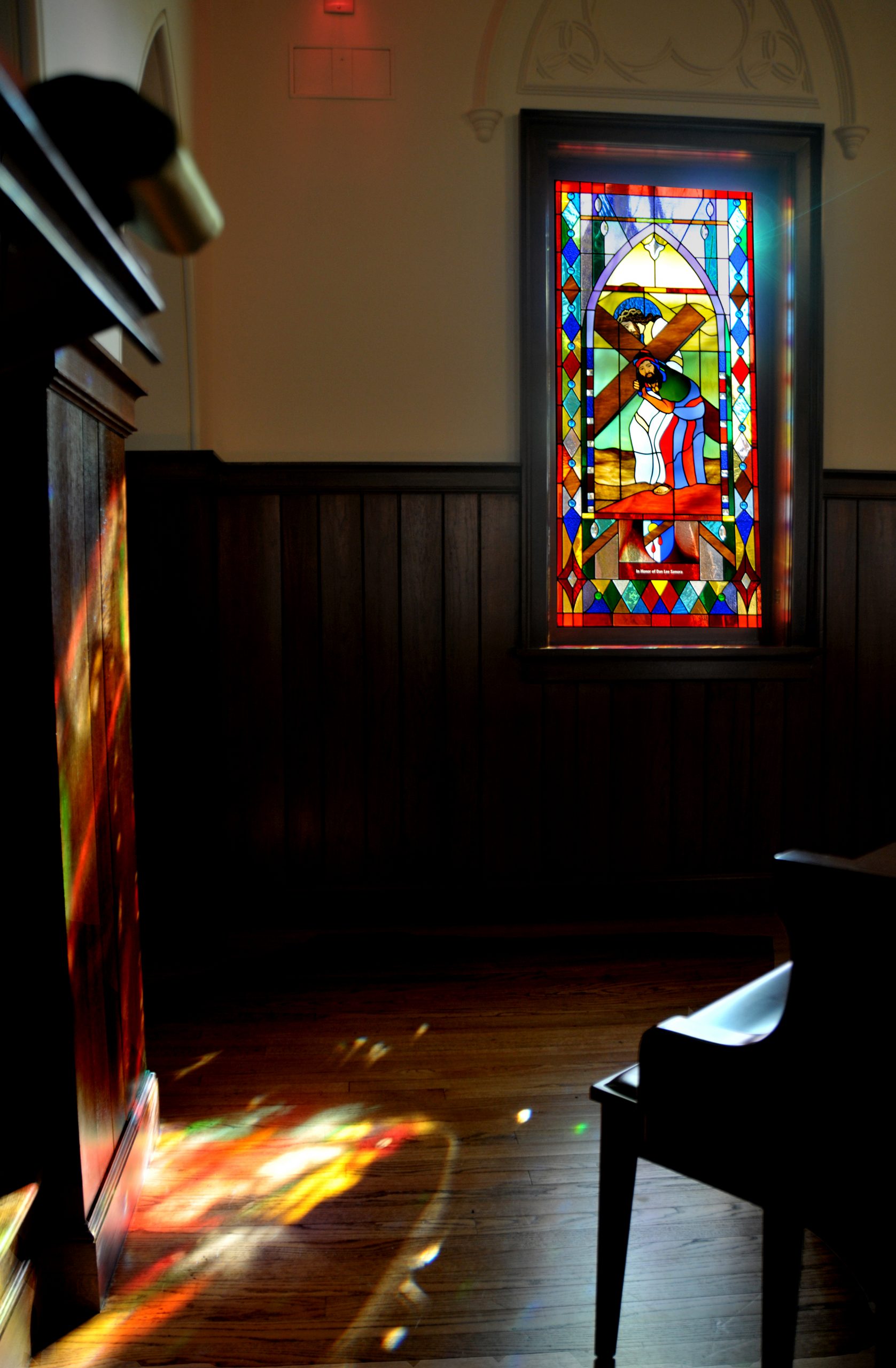 Saint Mark's renovated their church in 2013. The project called for 500 square feet of new stained glass celebrating the Gospel of Saint Mark. This included a Rose window with gothic arched windows for the Sanctuary, one window in the Sacristy, and eleven windows in the Nave. Parts of three existing windows were reconfigured into new windows and placed in the Narthex, and a hallway. The third window had a painted image of Saint Mark which was integrated into a new design to become the twelfth window in the Nave.

The original space had been dark and somber, with eleven solid dark harlequin stained glass windows in the Nave....and one window with an image of Saint Mark within the diamonds. The architect brought in Gothic elements and more light. Windows were added behind the altar in the new space. The committee wanted to preserve the original St. Mark stained glass by integrating it into a new window in the Nave for "old times sake", adding diamonds to the new windows would feel nicely familiar as well. The windows were to be a narrative from the Gospel of Mark. The Church wanted a traditional old world feel, but allowed a fresh twist. We all concurred that they should not rob the room of light. I was given a list of what each window would represent. The woman made clean,The widow's mite, Simon of Cyrene, and The leper are four examples of the twelve windows in the Nave. (see images) The three windows that accompany the Rose window reveal an anonymous young man dressed in a symbolic baptismal robe by Jesus' tomb announcing the resurrection to Mary Magdalene, the mother of James and Salome.

The stained glass was very much a collaborative process, that had a wide swath of players. Patrick Miller, the Rector of the church had a very clear idea of the subject matter for the windows. I met with him also with the building committee throughout the process. Hill Swift was the architect for this project. We first met early on so I could see his elevations, and the structural details to better understand his vision. Eleven windows in the Nave as well as the windows under the Rose window were painted and fabricated by Glasmalerei Peters Studios in Paderborn Germany. Peter Kaufman from Peters Studios and Hill Swift connected to ensure we all had the right dimensions etc.... Regular communication with Peters throughout the project transformed my drawings into windows, and to perfection. We did the additional windows in my studio in Houston. Our installer coordinated with Tellepsen Builders in order to schedule the installation in a way that would not hinder the rest of the work being doe in the church.

Sadly due to the configuration of the church I am not able to provide photographs that showed the windows working as a whole... Or even along side one another. The images only tell a partial story. They are representative of the style and feel of the windows.