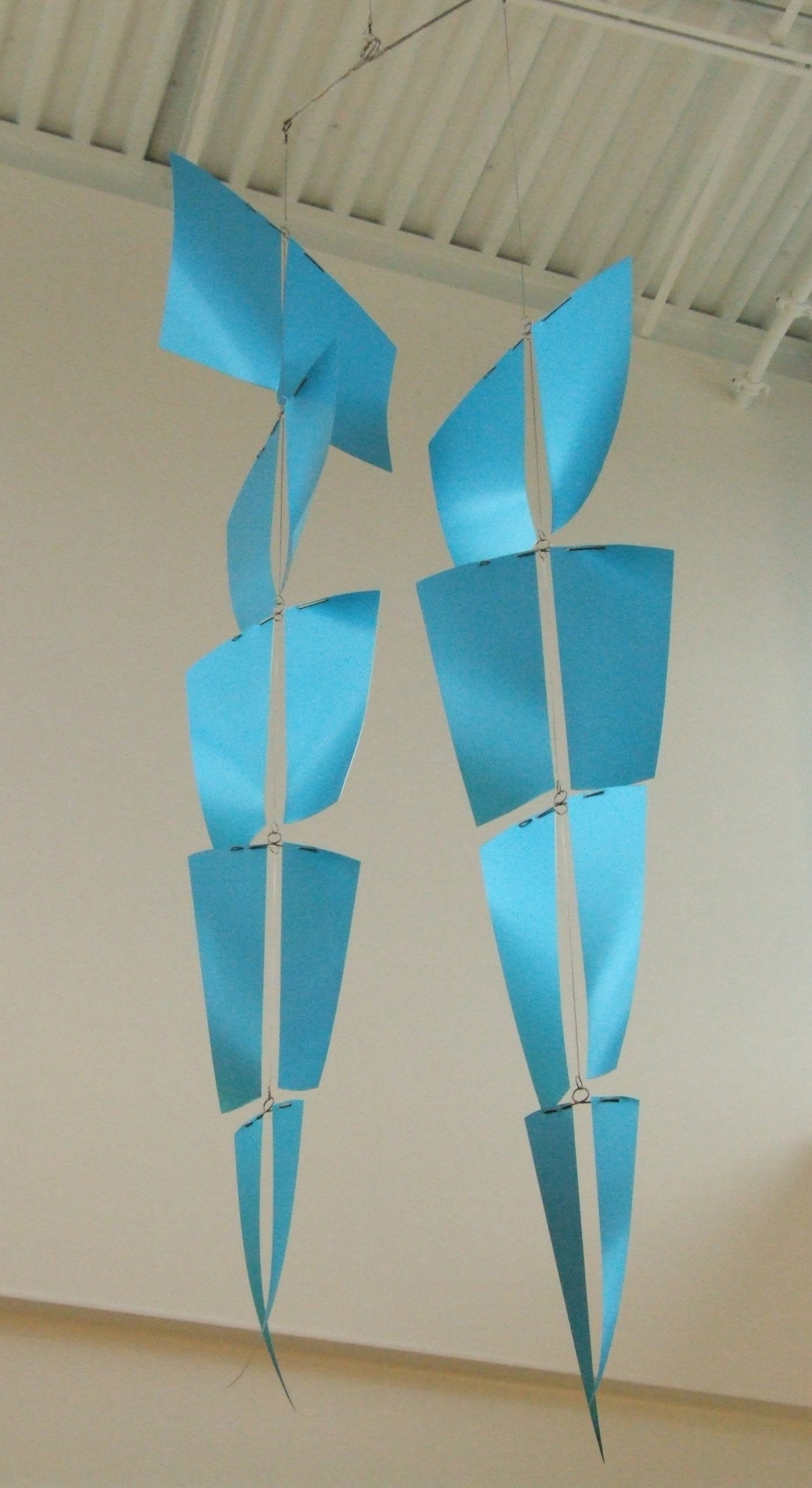 This project came about from the need to create a calming effect in the large waiting area of the South Campus of Dayton Childrens Hospital, The large columns both gently rotate 360 degrees and in turn revolve around each other. These constantly moving forms give visitors some beautiful to focus on in a healthcare situation that can sometimes be stressful for children and parents.

Being a Childrens Hospital meant the commission goal was to create several kinetic sculptures to provide some playful visual focal points in several of the public areas.

Working with the owners and design team, Terry greater a series of sketch models. Because the scale had to large to fit the tall spaces and the budget was limited, the decision was made to create these ‘feathers’ with large simple shapes.