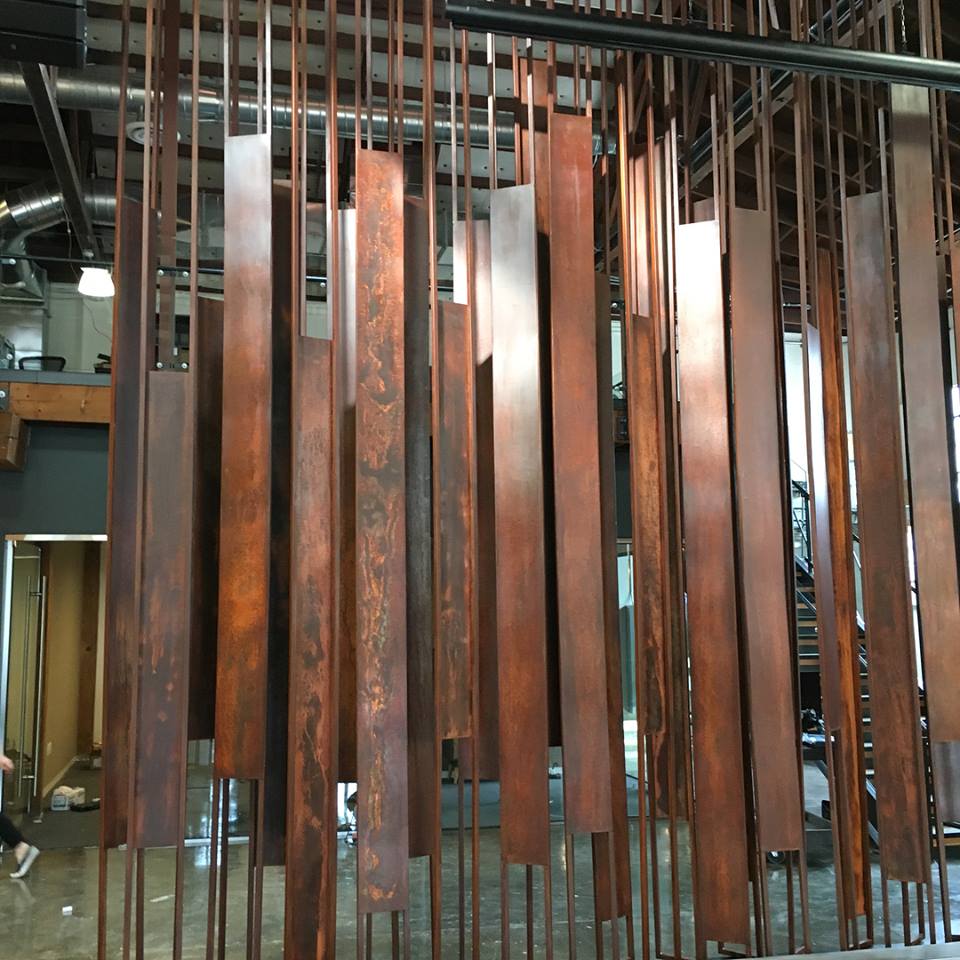 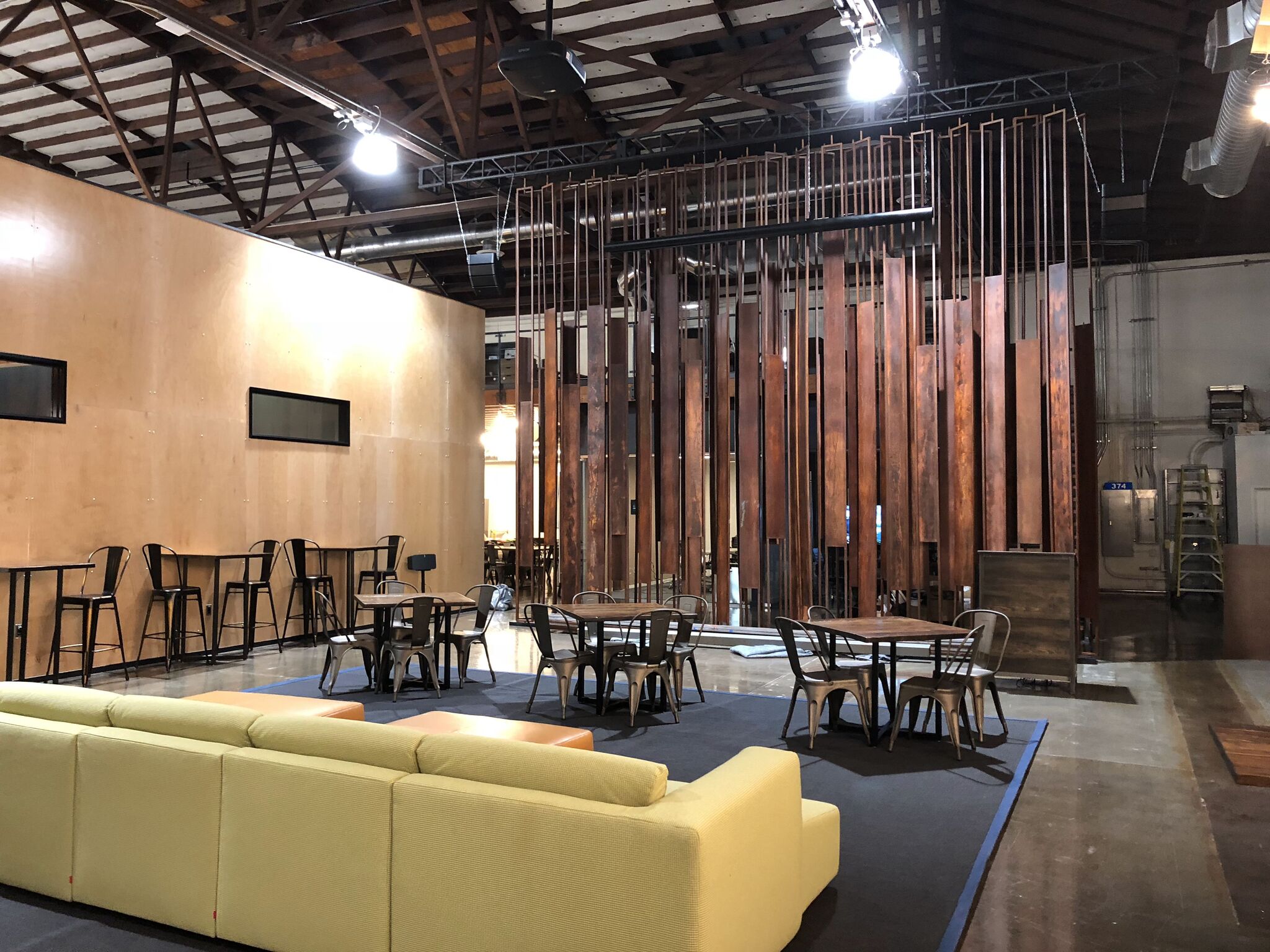 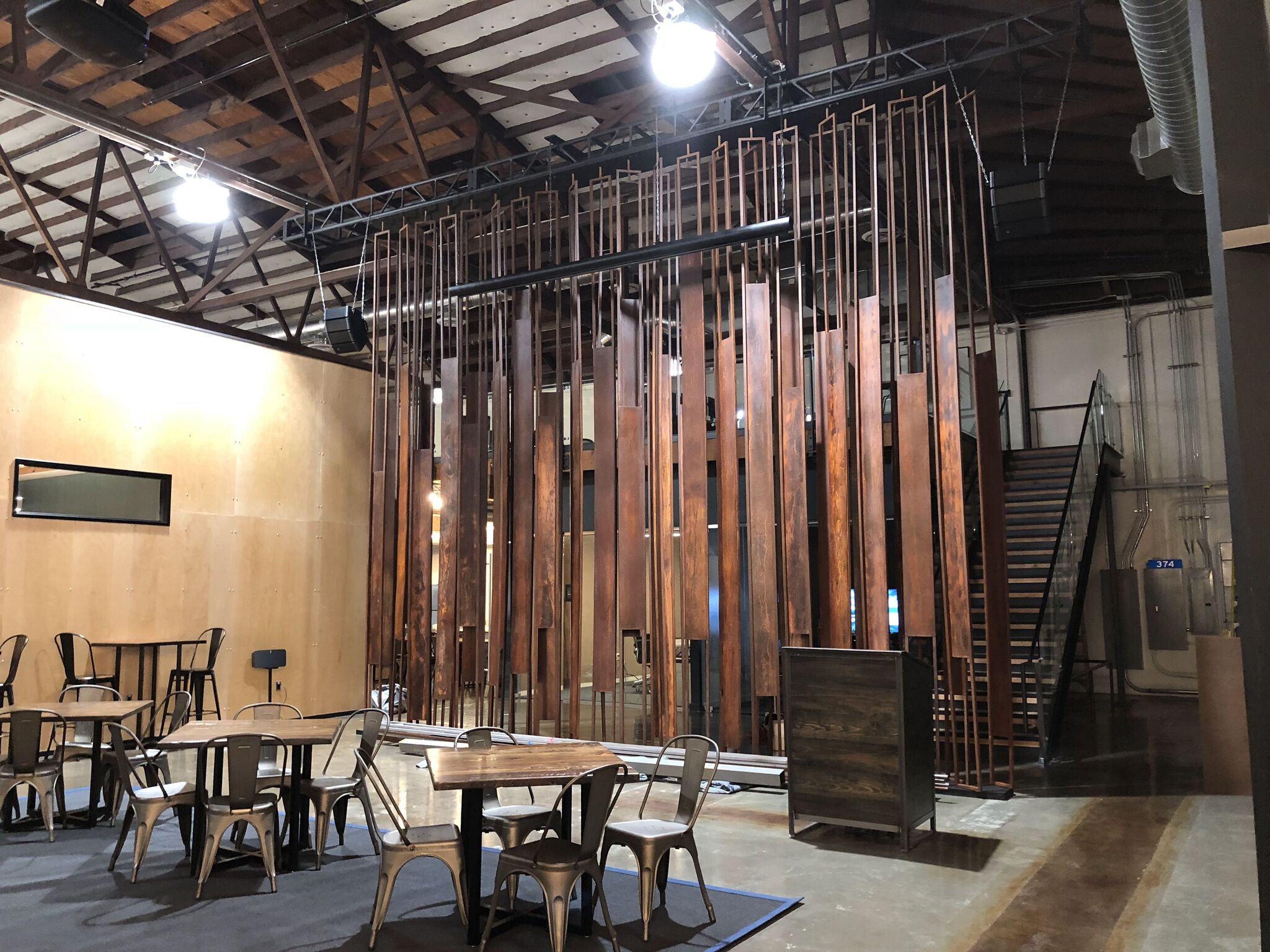 Rust Curtain is a permanent installation in the entry hall of Bolt, a venture capital firm in San Francisco. The assignment was to create a ‘wall’ or separation in the main hall between the public meeting/cafe area and the conference and offices behind it. The client wanted the separation to have visual impact, and create a physical barrier, without being too large or bulky. The wall is composed of two rows of rusted steel panels (42 panels in total) which each measure 20’ x 9 1/2” x 1”. The wall spans 22 1/2’ long.

BOLT is a venture firm that invests early in small hardware start-ups. They are committed to working with startup founders with big ideas who are actually building things. This mentality was also reflected in their interest in sculpture for their new San Francisco headquarters. They wanted something original, that defied expectations made by someone who wasn’t afraid of getting their hands dirty, they found me. I work as a ‘one woman’ design and build shop in the Hudson Valley in NY and they had seen my work and wanted to give me an opportunity to take my studio to the next level. Instead of using traditional architecture to create the separation needed in the main hall between public and private office space, BOLT was interested in how sculpture, and specifically my work which blends sculpture with designed and architectural objects could invent a different solution. My resulting design, Rust Screen, is both monumental and light- making up what feels like a wall, while at the same time allowing light, and air to pass through easily. Its made of hundreds of pounds of steel, but because of the natural rusting patina, it feels warm inviting and organic.

Even though I run a one woman studio, the fabrication and installation of this project took the collaboration of institutions, local fabricators, friends and even the help of my dad and his RV. In order for me to design and fabricate the Rust Screen on the other side of the country, Bolt arranged for me to have access to the shop at Autodesk’s Pier 9 advanced manufacturing lab. Working with Autodesk I had access to the most high tech tools and equipment a girl could dream of. I also had the secret weapon of the Bolt investment team, known primarily for their ability to take more meetings in a day that most humans, they rolled their sleeves up and helped me with some monumental tasks including hoisting a 30’ truss 25’ in the air. Despite those incredible resources, the time frame of the job necessitated that I work with local fabricators and enlist the help of friends, some even also flying in from NY, and getting my dad, Philip Vaughan, also an artist and designer to drive up from LA in an RV (which became our mobile design studio) for the final couple weeks of the job.