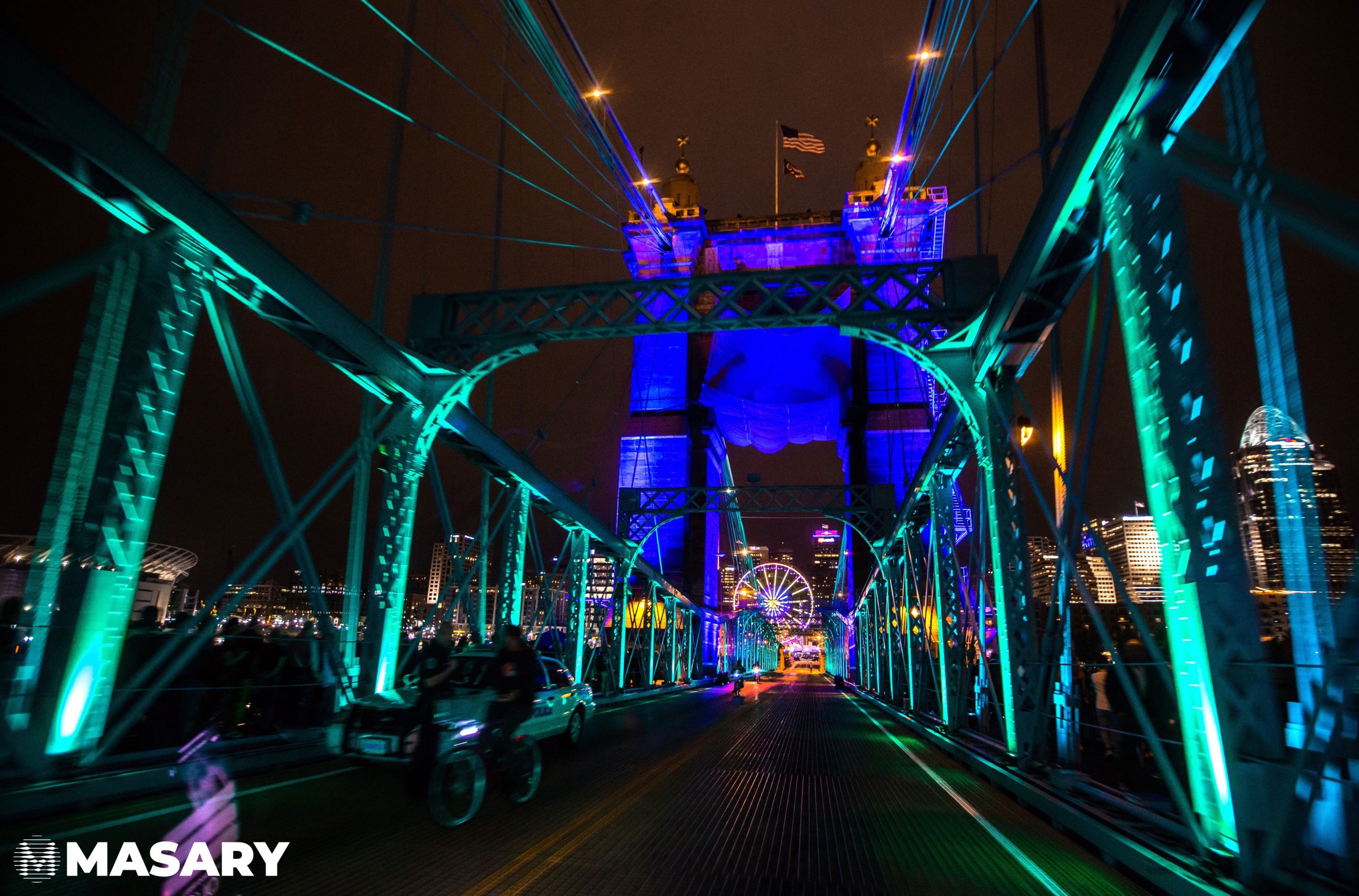 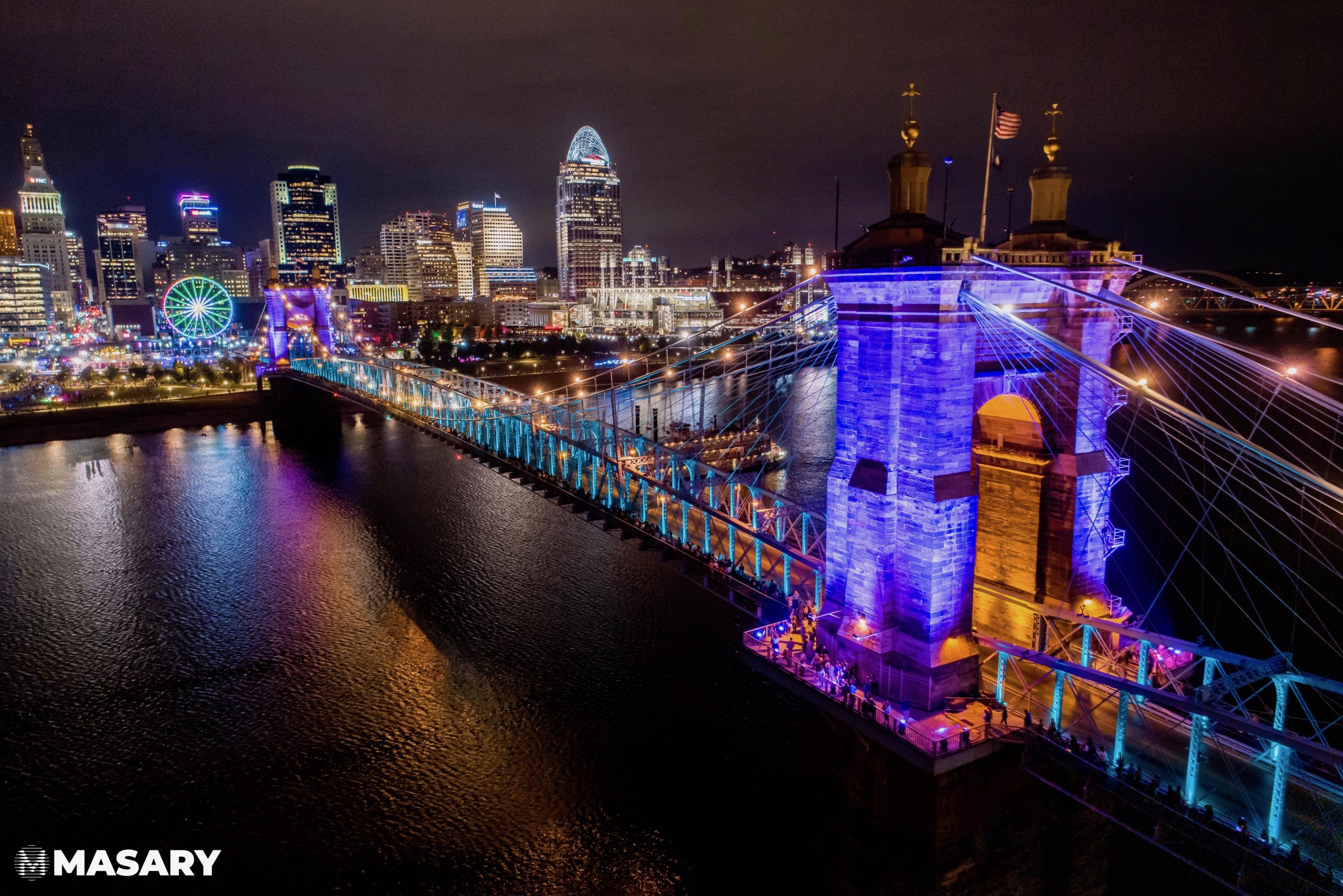 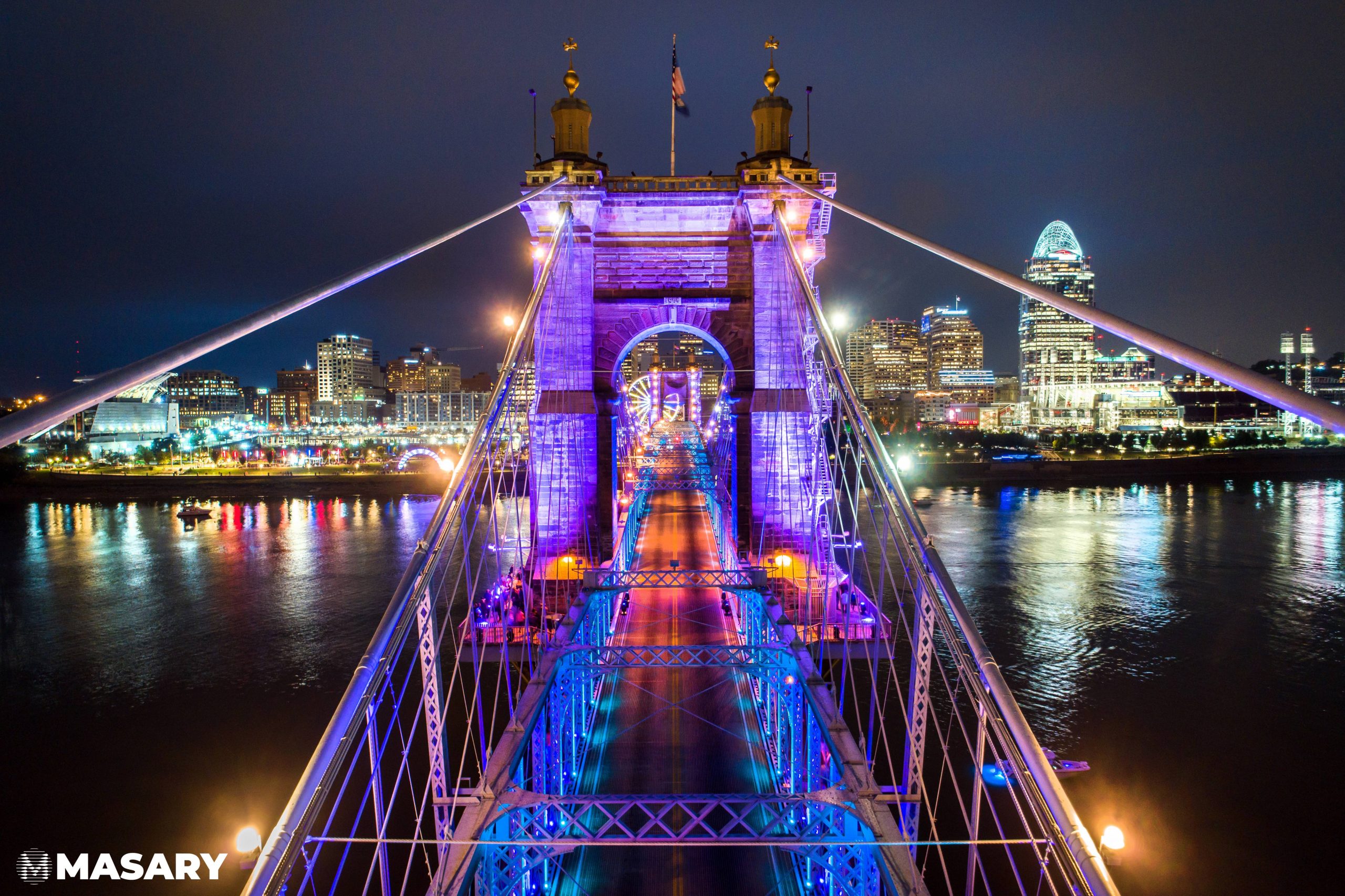 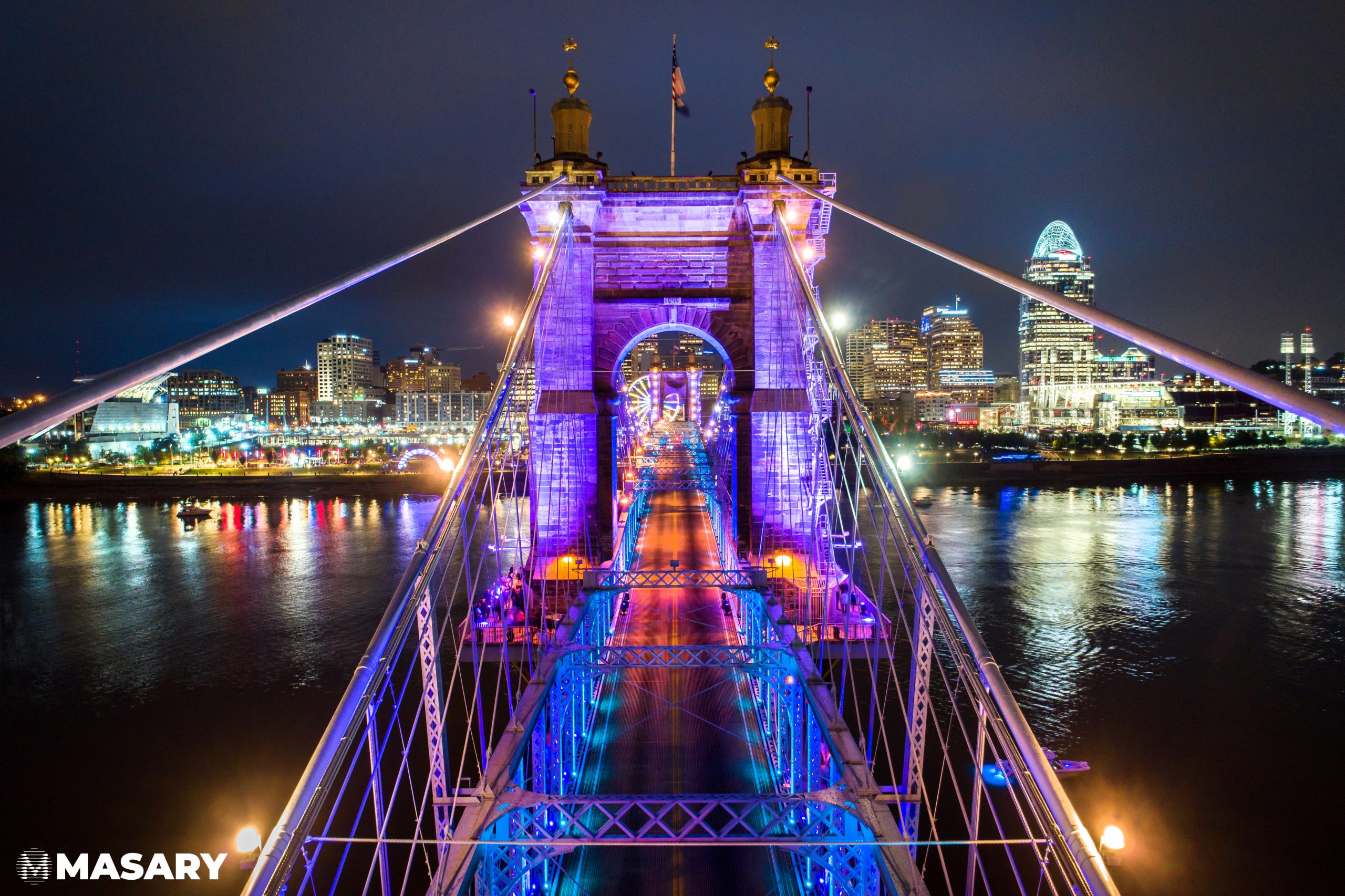 RUMBLE – A CONTEMPORARY VOICE FOR THE BRIDGE THAT SINGS

A bridge represents what is no longer the edge, where travel and ideas formerly stopped, but now have a path. We were invited by Brave Berlin and Blink Cincinnati to create an artwork on, around, and about the city’s beloved John A. Roebling Bridge. The final work was featured as a performative installation over the course of 4 nights, and was attended by nearly 2 million people.

The goal of the work was to consider the place of this "bridge that sings" in the context of a city-wide light art festival. Our work combined sound samples from the bridge and surrounding areas, as well as traditional musical instruments in musical scores written for and inspired by the bridge and the city of Cincinnati. These musical works were accompanied by hyper-synchronized lighting programming - created by the composers with intimate detail and musically specific nuance. Our goal was to give attendees a reflective, exciting experience, to reshape and reconsider the iconic "singing bridge."

Our process started with multiple site visits to the bridge to record sound samples from cars driving across it, ambient sounds from the area nearby, as well as the sounds resonating from the structure when striking it with drumsticks, hammers, spoons, and timpani mallets.We then took these sounds, the impressions of the area, and the energy from Cincinnati to our studio to create a work that speaks to the triumph of the bridge - spanning what was once the edge - as well as to the vibe of the festival itself, a major nighttime celebration of light and sound-based artworks. Our team developed a language that allowed project composers Maria Finkelmeier and Ryan Edwards to intricately design the lighting score as they composed the music - a detailed process of design for over 500 lighting instruments that resulted in a hyper-synchronized celebration of architecture through sound and light.

A project of this scale takes a strong team to create, and it would never have happened without the vision of Brave Berlin, Steve and Dan, saints of the art-world. Huge thank you to Peter, Rob and Randy and their team at Vincent Lighting Systems, they were first in and last out. Thanks to the Cincinnati Chamber of Commerce and the countless volunteers, sponsors, media supporters, and of course, the attendees, people who came out to see weird, wild, curious art.