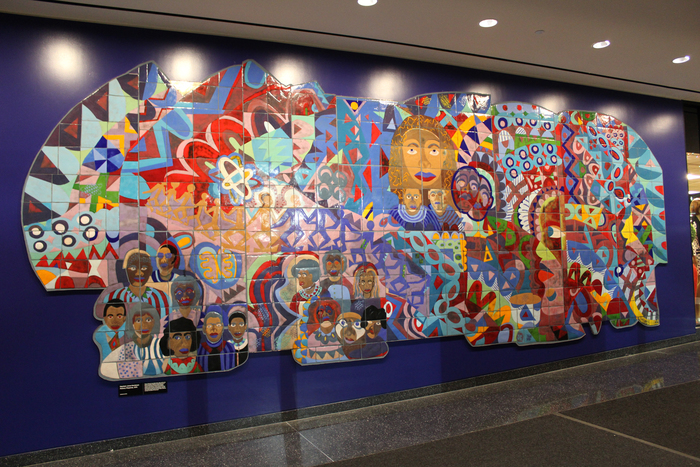 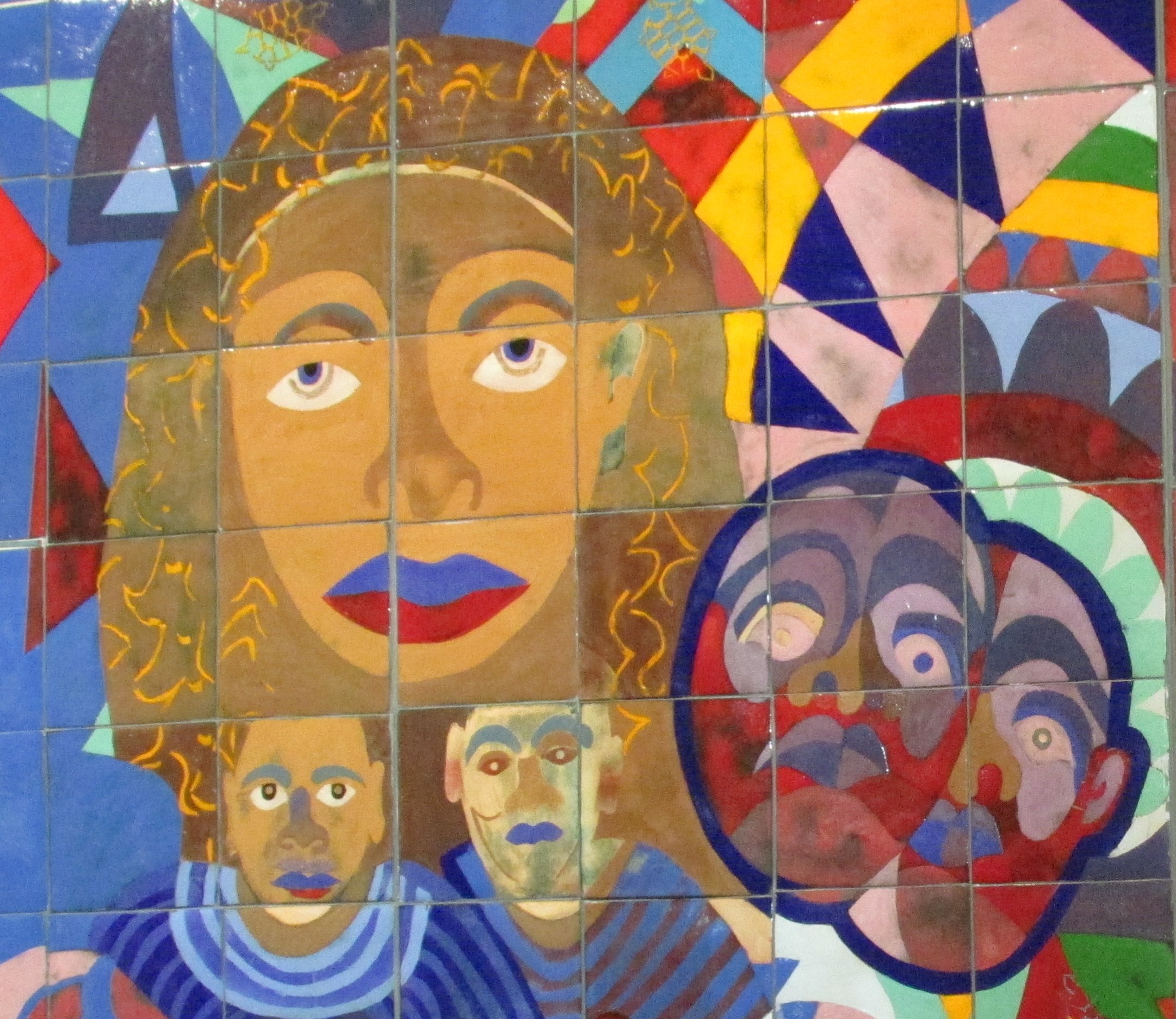 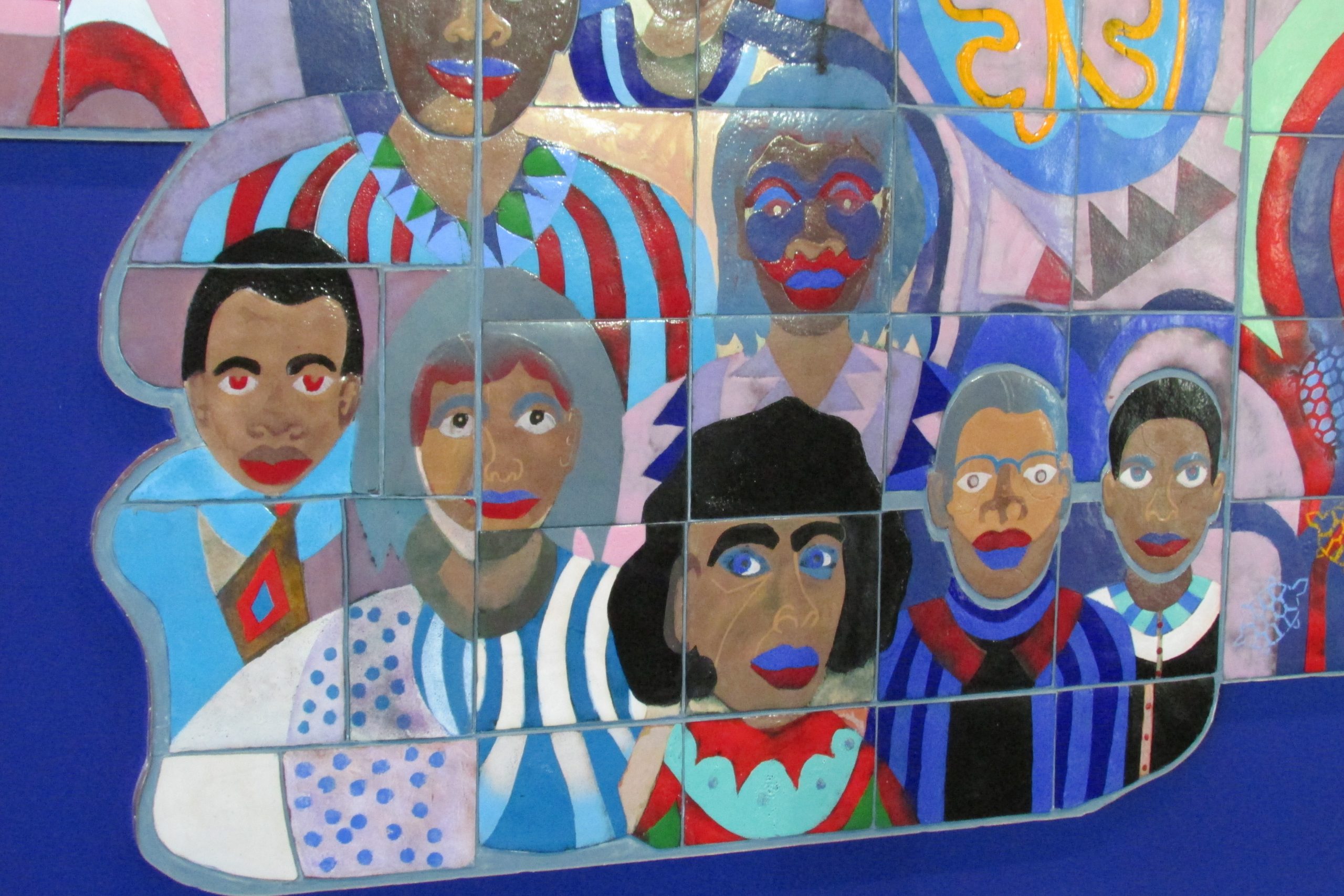 Roxbury Rhapsody; as an expression of community visual music; weaves Roxbury's many strands of life, culture and people into a single tapestry of glass, metal and color; its many colors of music, historical persons and institutions are symbolically ever-present. The vibratory timbre of music, becomes a palette of enamel colors, evolving into a vibratory composition that stimulates the visual senses; welcoming the magic which occurs when heat, metal and silica glass, conjoined through compositional rhythms blossom as visual music. "The artistic image is not intended to represent the thing itself, but rather, the reality of the force the thing contains." (1) James Baldwin-Nobody Knows My Name
Napoleon Jones-Henderson 2015

The original location and design was realized well into the building's development as incompatible. The building architects, city principals, Boston Arts Commission committee and myself reconsidered where to place the commission. We selected a new location and I began to re-design the original concept as a horizontal composition, opposed to its original vertical composition. The result is the work presented in the attached image Roxbury Rhapsody. I trained three apprentices to work with me in the fabrication and installation of the work; as well as engaging community youth and adults in the installation and ancillary workshops and studio visits throughout the fabrication process.