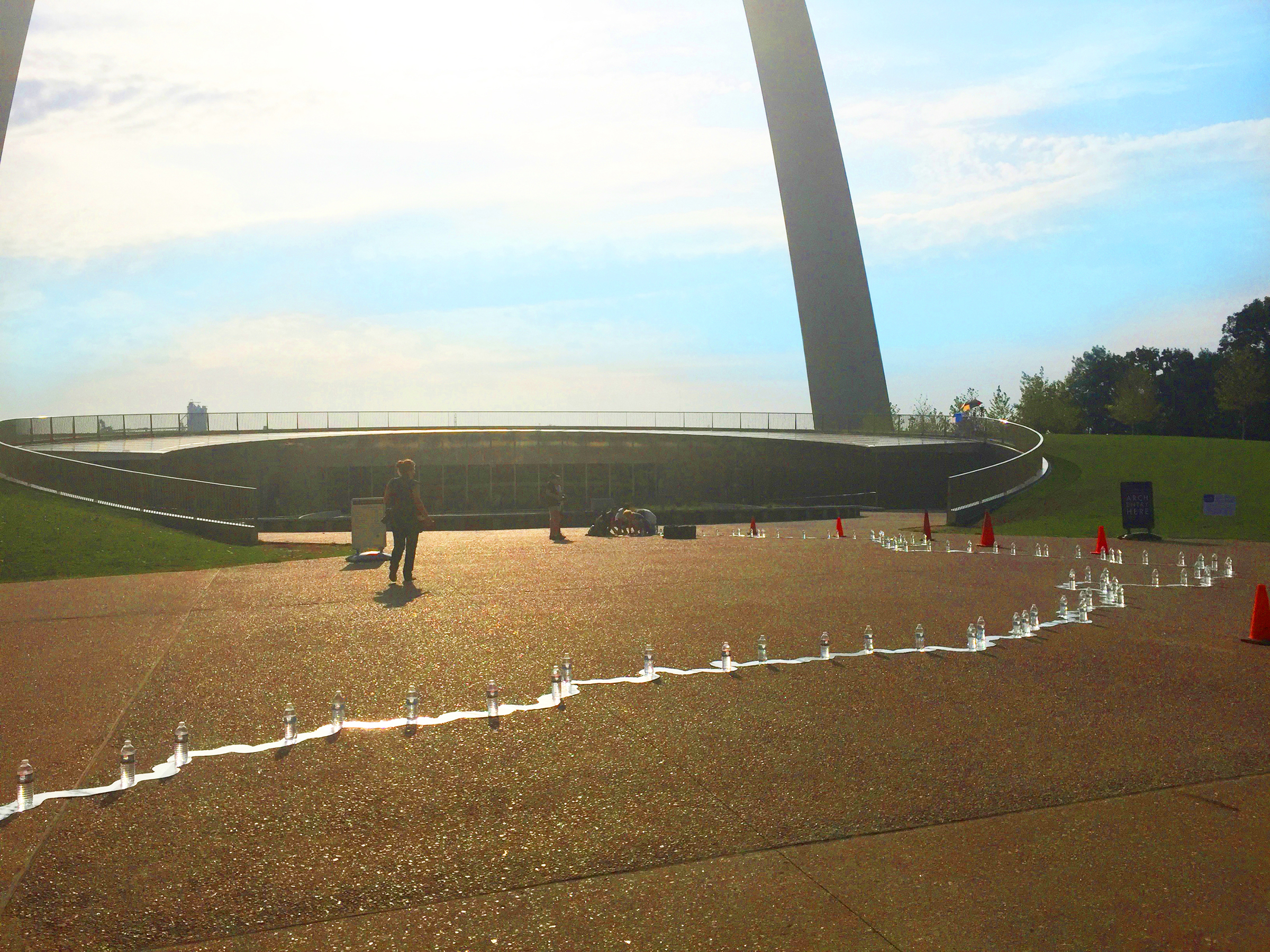 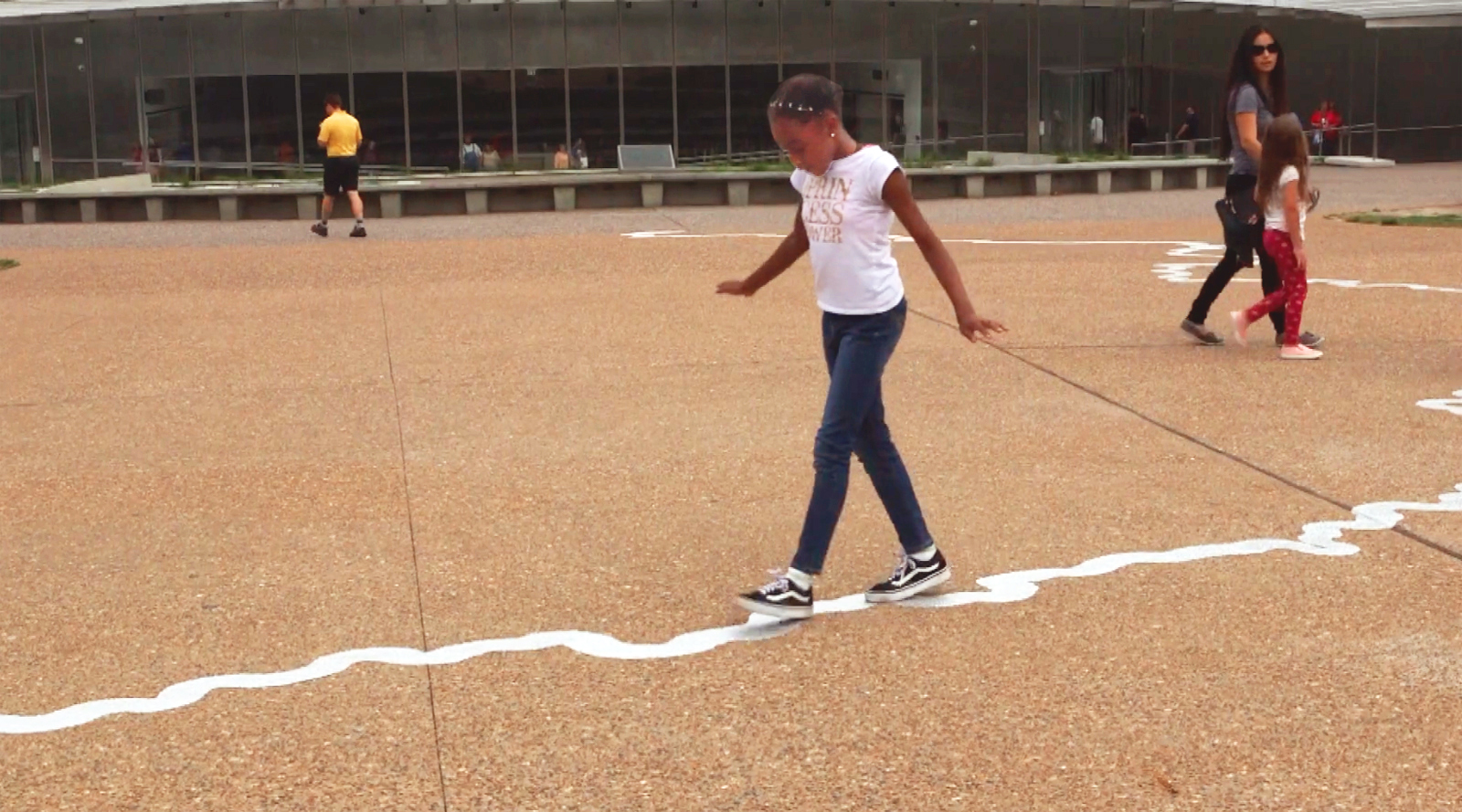 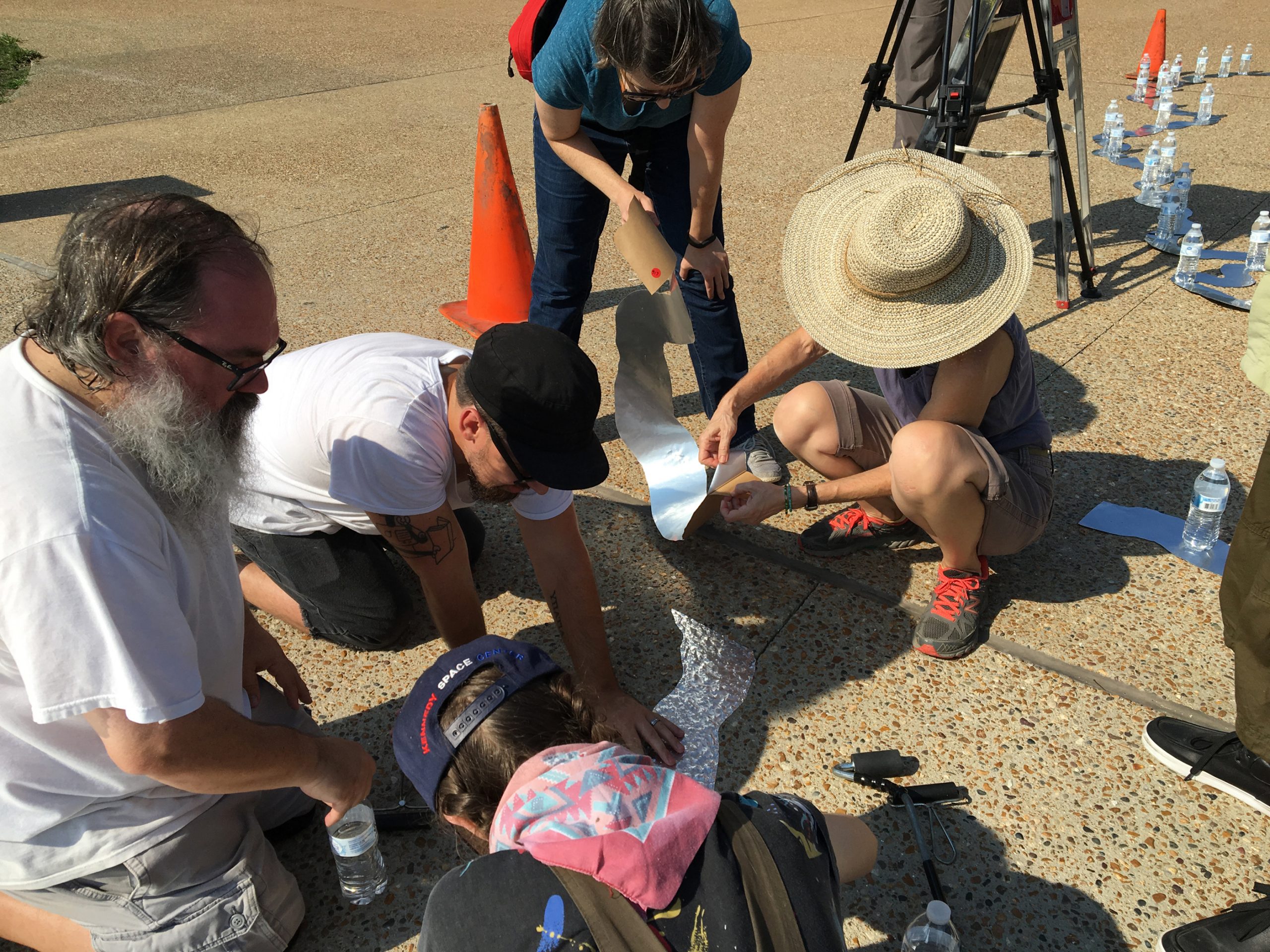 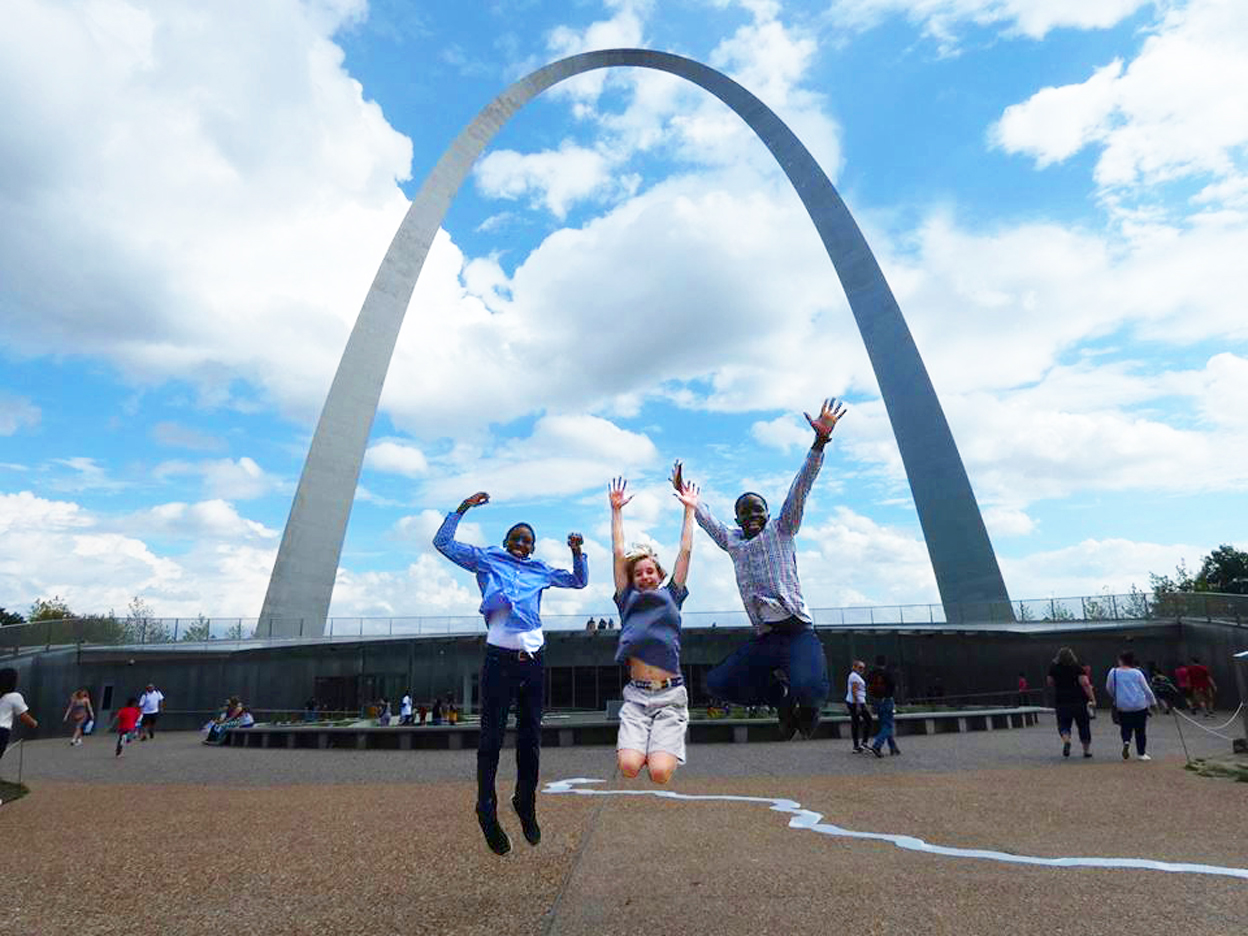 Critical Mass for The Visual Arts

Located flat on the pavement at the new main entrance to the Gateway Arch National Park and spanning Luther Ely Smith Square, the 133-foot-long art work Riverbend references the iconic Arch looming above it, both through its silver, reflective surface of aluminum, and its representation of the Missouri River, which was the 'Gateway West' for Lewis and Clark and those who followed. Named after the poetic names of Missouri river bends, it makes visible the physical vastness and importance of the Missouri River, the longest river in North America. Accessible to all, Riverbend encourages interaction, play, and dialogue.

Riverbend, which represents the navigable Missouri River, was specifically designed to address the themes of The Gateway Arch National Park, as per the goals of this public works commission. The shiny, curvy art work seamlessly integrates both the symbolism of The Gateway Arch (it commemorates Westward Expansion with the Missouri River as the main route West, 'the Gateway to the West') and the visual aesthetic of the site's sleek, Modernist, iconic Arch into this public works project. Conceptually and aesthetically, the integration of the national park's exploration theme with the sleek, mirror-like, silver appearance of the Arch was essential to how the project was envisioned. It was imperative to the project goals to engage the public by providing free access to walk, sit, run, bike, and skateboard along the installation, as well as to literally reflect the public themselves as active participants in the artwork and in understanding the symbolism of the river. Further public interaction includes an online podcast, plus the invitation to add personal river stories and photos online. Interactive on many levels, Riverbend also addresses political issues of past displacement and usurpation of indigenous peoples by now reflecting and including all.

All working closely together, the artist/designer, the commissioning client, and the national park each played major and fairly equal roles collaborating in the development of this public art project. The commissioning client initiated the project and defined the theme, goals and parameters and then assisted throughout the process in bringing the project to fruition. The national park government employees were constantly involved, from input about the initial concept through the fabrication process, the installation process, maintenance, the festive public opening where over 1000 attended, the educational aspects/materials available, the informational signage, etc. in order to meet all the many site and government requirements. The client (Critical Mass for The Visual Arts), the artist/designer, and the national park all collaborated and assisted with the project theme development, project aesthetics, public safety, planning, permitting, networking, providing volunteers for the installation team, education, publicity, press releases, resources, selection of appropriate artwork material/media, and funding, among countless other tasks. This process involved more than twenty collaborators over the span of nearly a year, with the artist/designer playing a major, integrating role.

Riverbend was conceived as part of the Playable City Movement, to delight, to surprise, to be interactive, to be inclusive, and to encourage the public to explore the national park. Additionally, at the public opening, a free, hands-on activity was available for all. Over two hundred adults and children made colorful origami canoes, wrote their wishes inside, and then symbolically sent their wishes into the universe by 'floating' their canoes on the 'river', all to the lively music of a Bluegrass band playing traditional river tunes.