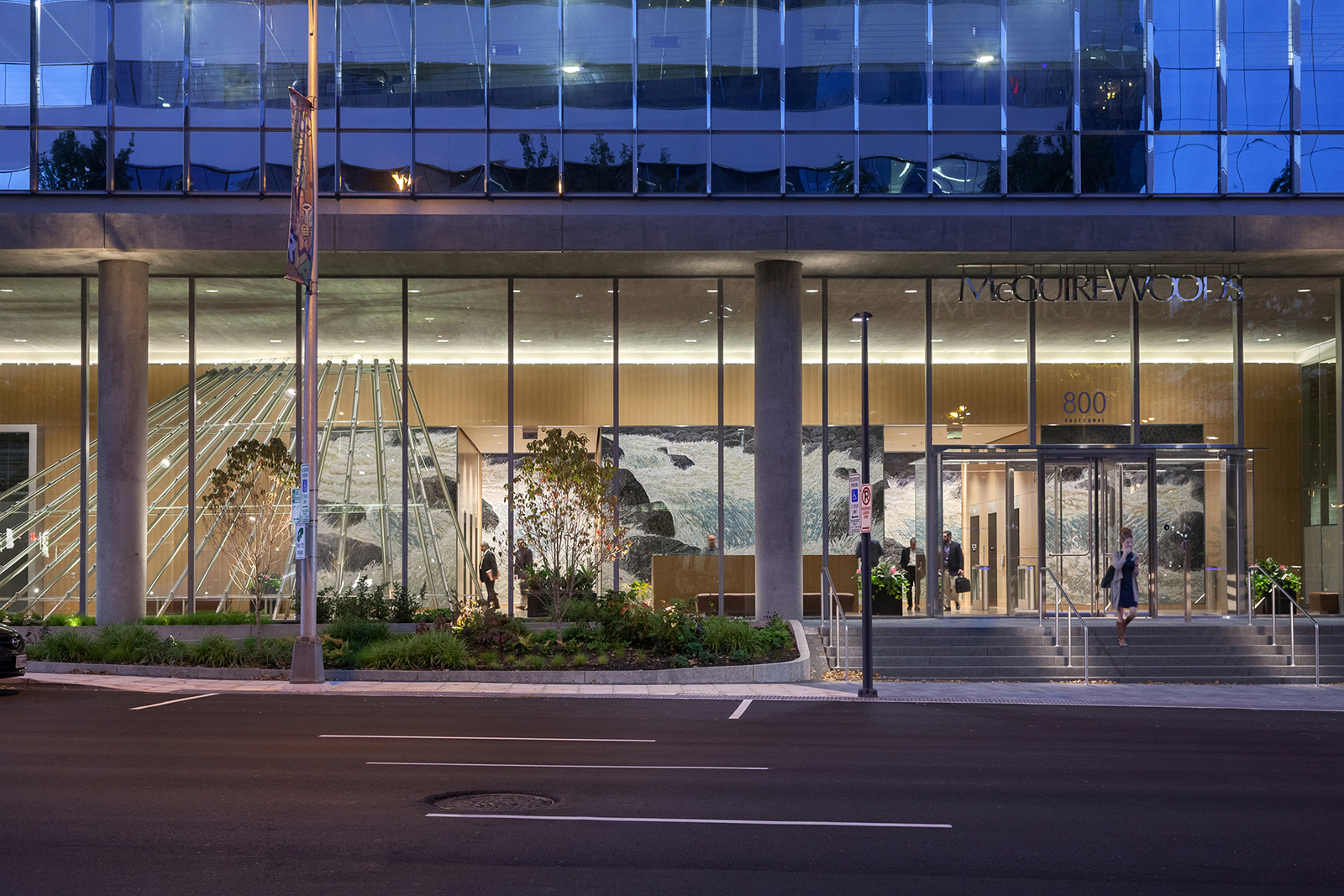 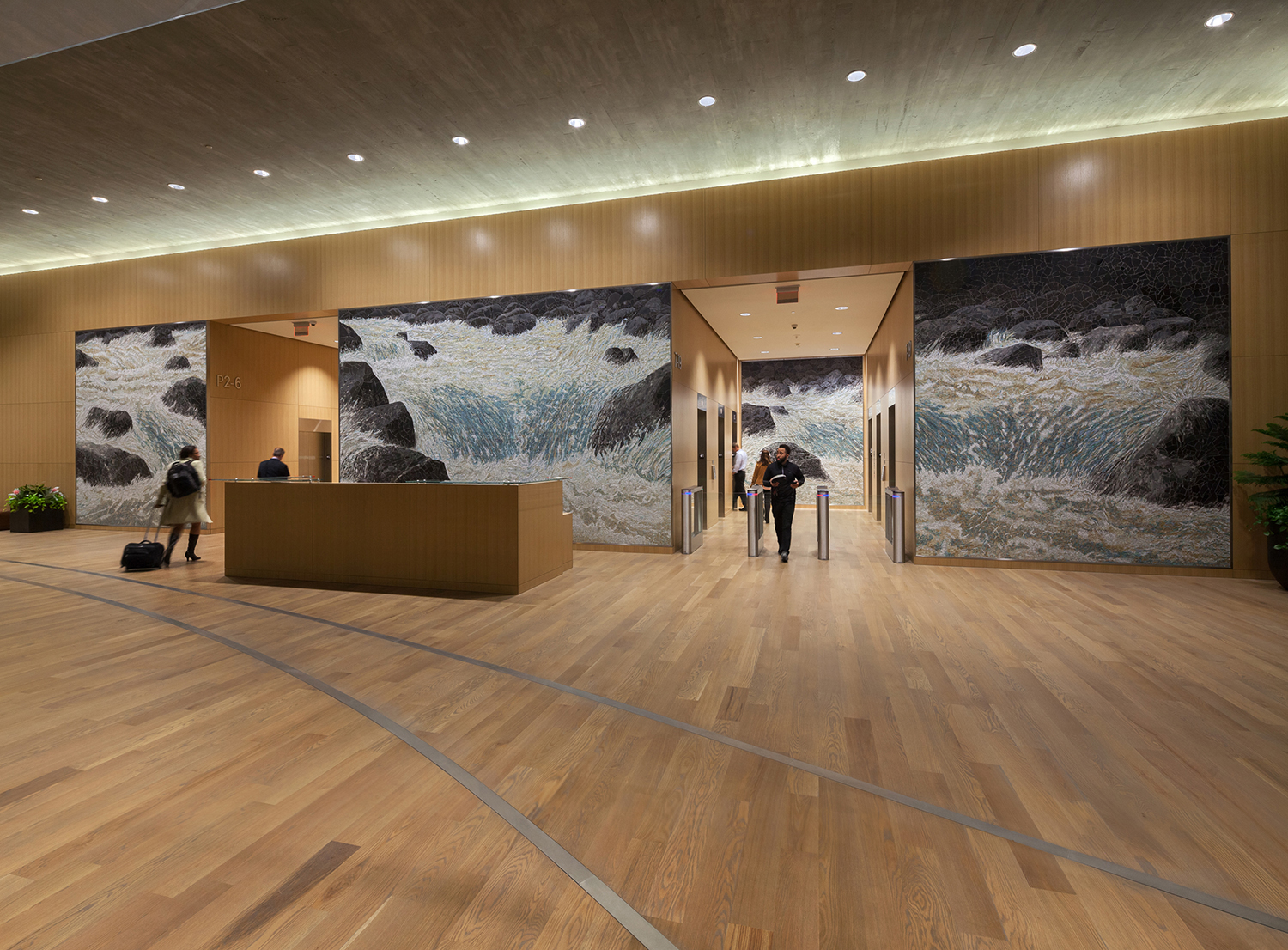 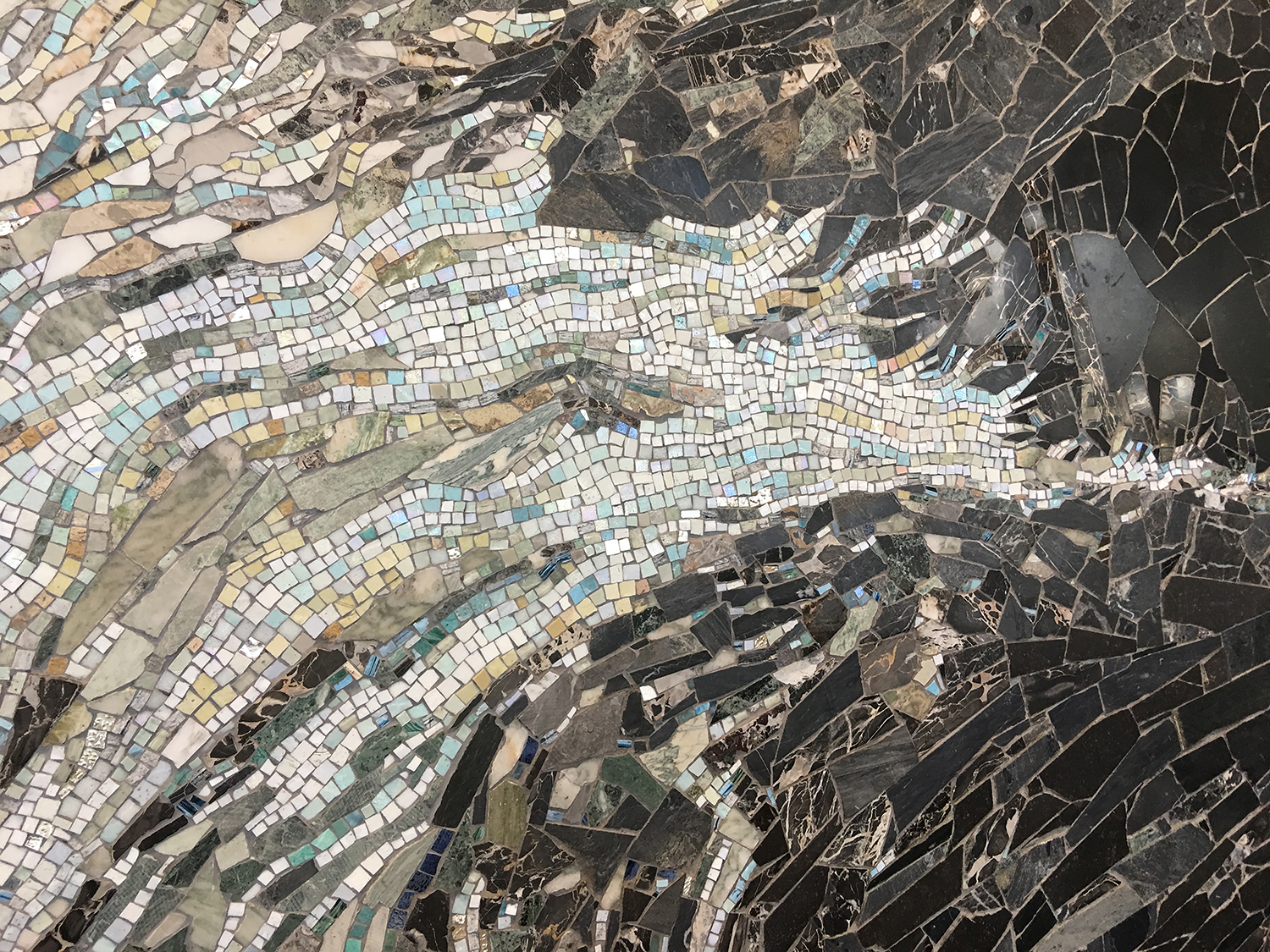 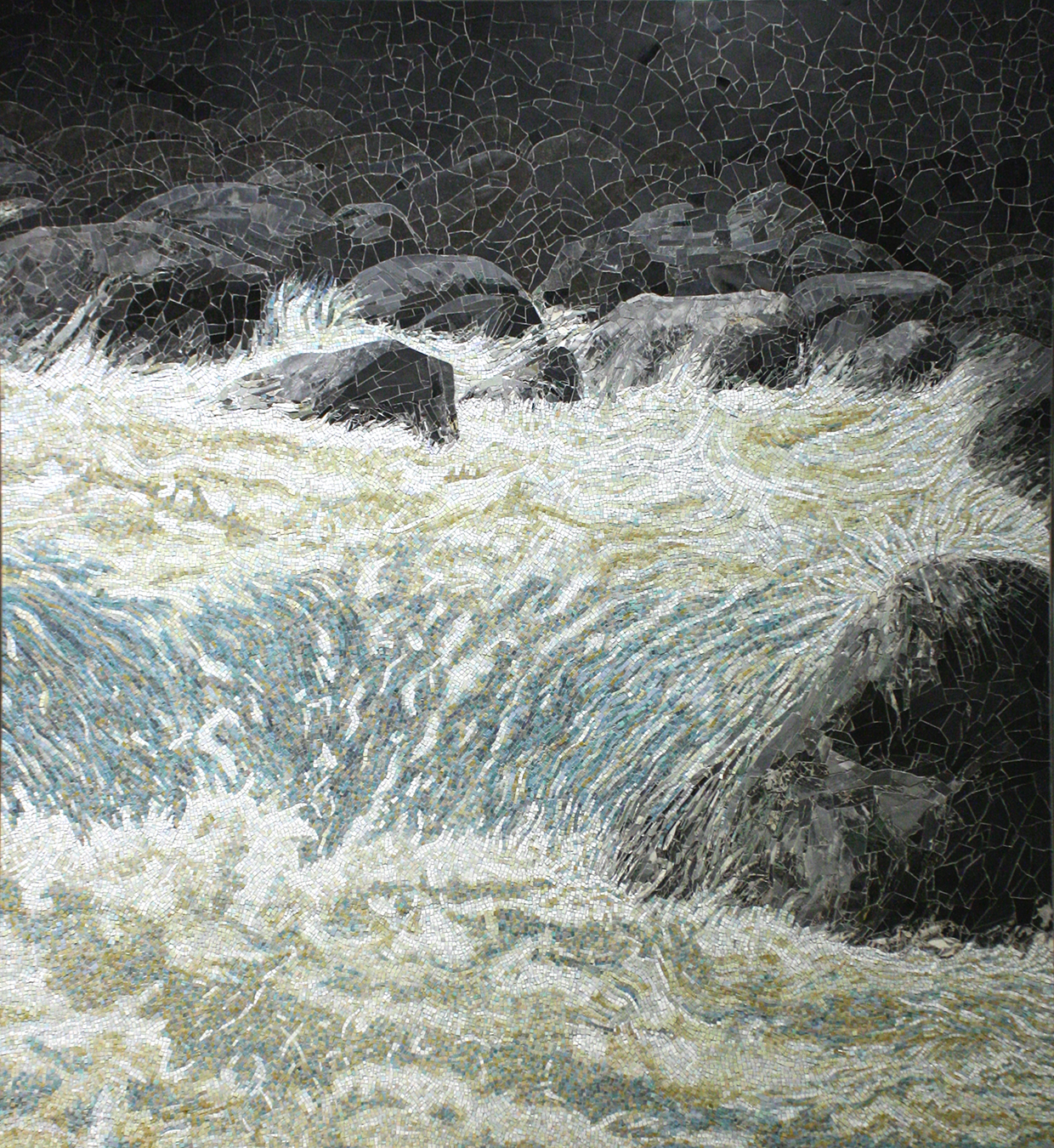 River Song, an indoor mosaic mural (13’ 6” H x 70’ L in five panels – approximately 918 square feet), is one segment of our Gateway Trio located in the lobby of Gateway Plaza in Richmond, VA. The mosaic is based on our original painting of the James River rapids. Its diverse materials (Italian and iridescent glass, natural stone and Smalti) combine with a positive setting technique to add a textured finish. Together these five panels express the energy and physicality of the James River.

We wanted to capture the great force of the James River rapids and have the viewer “hear the power of the river through the visual tiles.” We worked in concert with the esteemed artisans of Franz Mayer of Munich studios in Munich, Germany, to produce this gestural mosaic. Capturing the power of the rapids was crucial since it was these rapids that forced ships traveling west from the Atlantic Ocean to halt their journey and force its crew and passengers to either return down river or off load and start a settlement. This is how Richmond was created. River Song is intended to honor the importance of the James River to the City of Richmond. Bob Clark, CEO of Clayco, commissioned us to create the lobby of the new signature building in the heart of Richmond’s financial district with anchor tenant McGuire Woods, Richmond’s premier international law firm, as a destination and unified place. As such, River Song is part of our Gateway Trio that also includes the sculpture Clear Passage and the embedded flow lines Capitol Flow.

In order to produce River Song, we had to create a painting that worked as a whole but also ensured that each of its five panels worked as independent paintings. The painting was required to be made in the proportion: one inch to one foot. The painting was delivered to Munich, where the Mayer staff created a digital file of each panel and a print out to scale that guided the setting of the mosaic. We worked side by side with the artisans in the Munich studios overseeing the work-in-progress: selecting colors, creating flow maps, and monitering the hand setting of various mosaic tiles and hand-shaped rock. Over an eight-month period, a team of a dozen skilled artisans assembled this large-scale, five-panel mosaic.