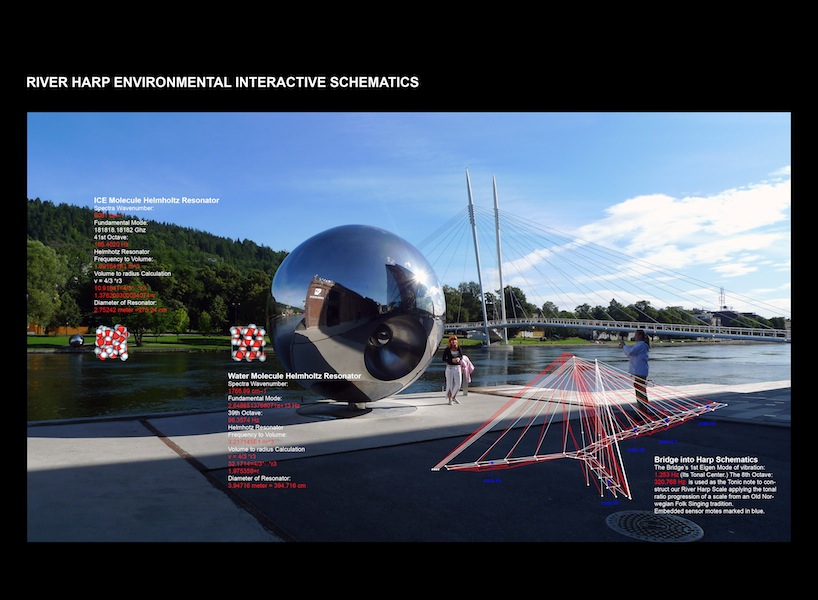 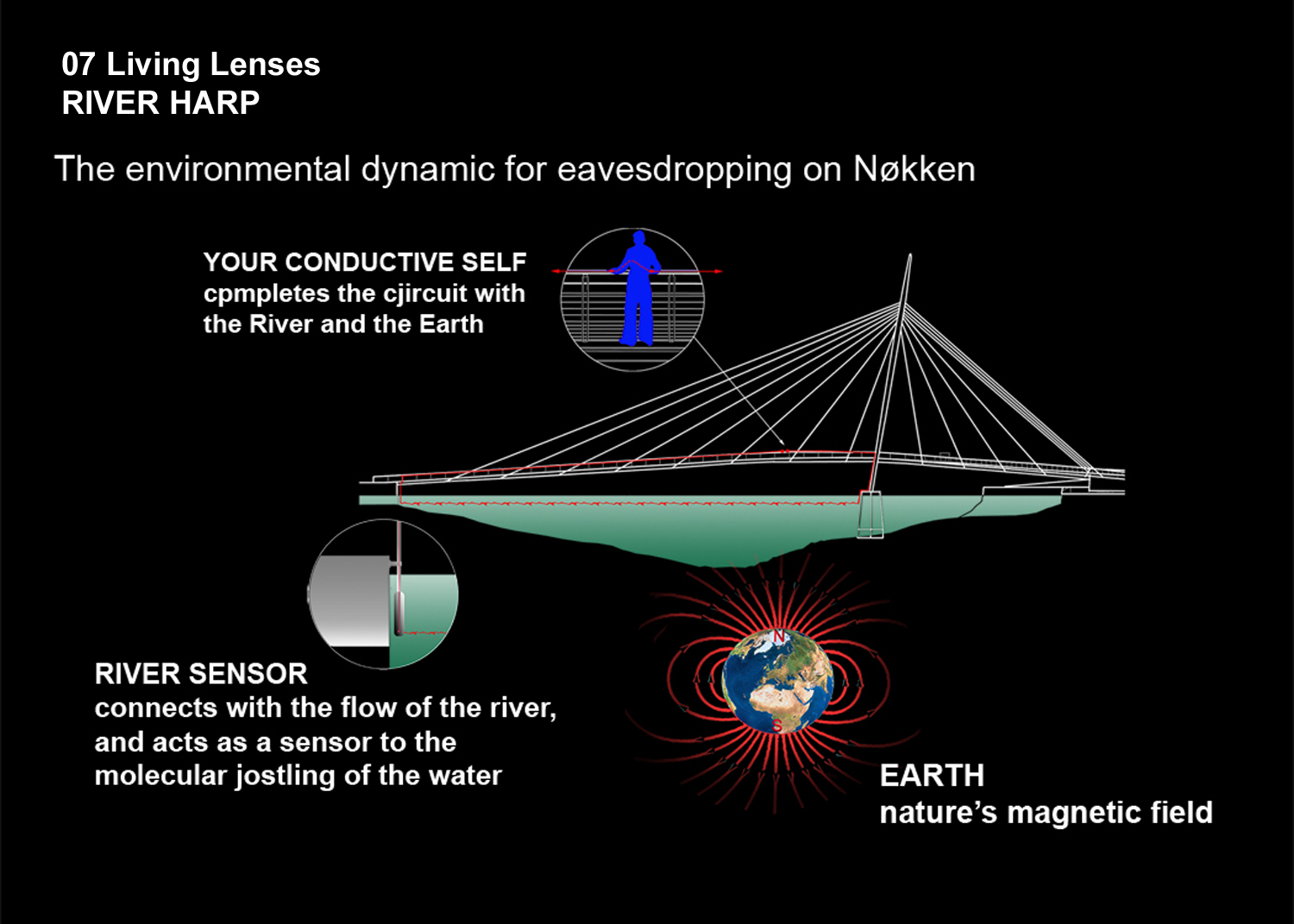 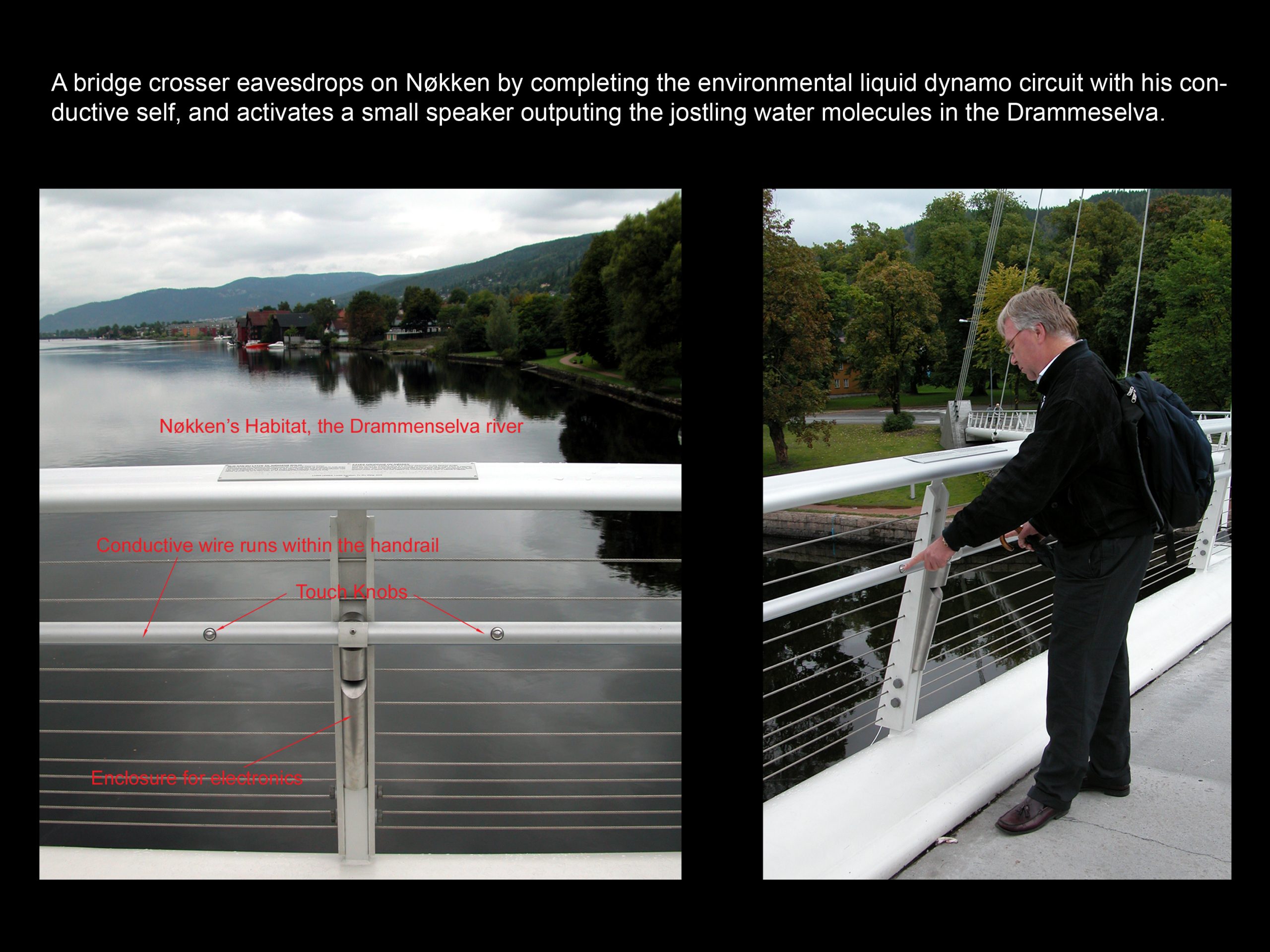 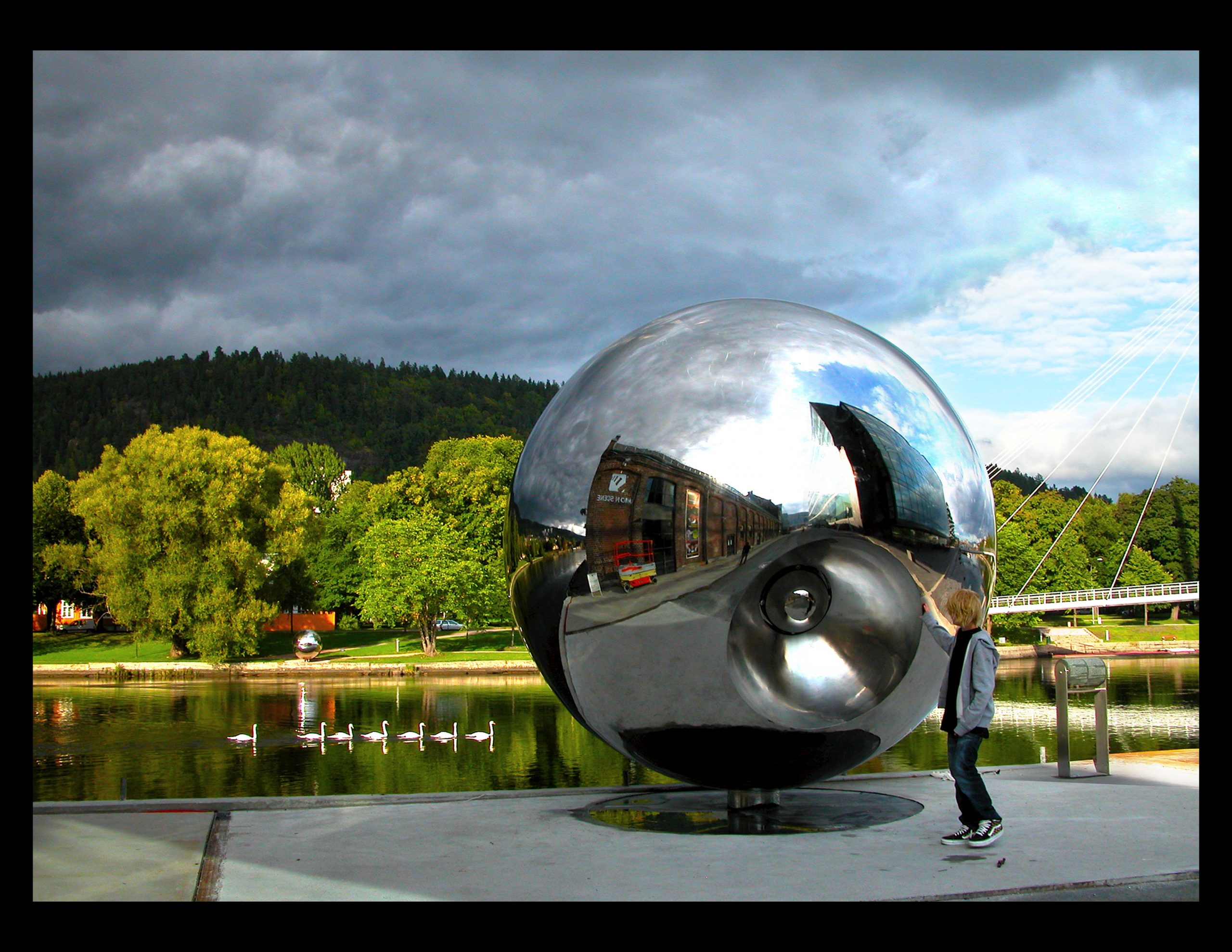 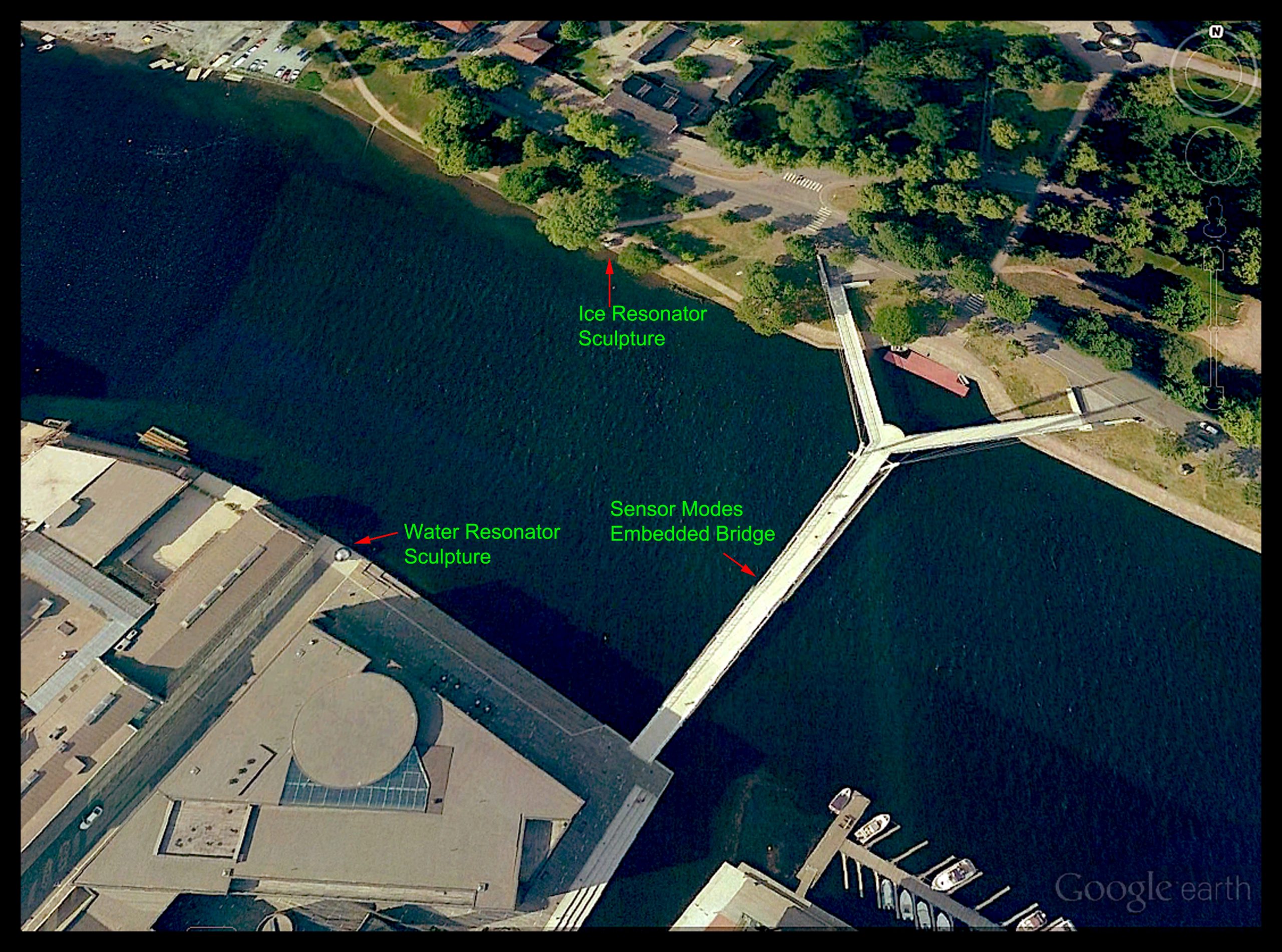 INSPRIATION TO CONCEPTION
Inspired by the local legend of the Norwegian water spirit Nøkken, who plays his beautiful to lure folks to drowning. A cable stayed pedestrian bridge became a giant harp to play music to appease him, and the jostling water molecules of the river allow the public to eavesdrop on the Nøkken’s with Michael Faraday’s environmental dynamo principle.

COLLABORATION AND IMPLEMENTATION
To implement the above concept, collaborators have included artists, project bridge architect, engineer, interactive media programmer, and the local community volunteers who lend their voices to the harp music that sing to the river/Nkken.
The finished work is an on-going River and Public dialogue into the future.

COMMUNITY ACTIVATION
Three year after spontaneous choir groups had gather to sing with the artwork to Nøkken, that spontabeous community momentum had galvanized the wider community to institute an annual International Sacred Music Festival that is unique to Norway, which was directly but unintentionally inspired by our River Harp artwork.

The goal of the project is to turn a cable stayed pedestrian bridge to a giant harp to play music to the river spirit of Norway who himself plays music and lure folks to drowning, Through the collaborating with project architect, we were able to realized the above in every details.

Emphasis is to engage the community during the artwork creation as well as after the artwork completion, guaranteeing an on-going live interaction between the public and their river, while injecting new life to their an old legend, by reviving it into a positive light onward for future generations of the area.

True to Living Lenses general approach, here too, we were able to realize this project only by implementing techniques from way beyond arts and design, and into engineering, musical acoustics, history, myth, as well as science and digital technology, all necessary components to successfully go through from concept to completion of the project.

Right before site visit, we learnt from our friend in Oslo that Drammen is the River City of Norway and its River Spirit Nøkken who lure folks to drowning with his music. Then during finalists' panel meeting, we saw the project architect's bridge model to be built as part of the umbrella project. So it was natural for us to see that we can appease Nøkken's rage towards the folks by modifying the bridge into a giant harp that play music to appease him, while reviving the legend in a positive light onward.

In collaboration with the architect Arne Eggen, we obtained the engineering finite element analysis document, and were able embed six sensors as part of the bridge construction, as well as . using the same data to extract the fundamental frequency period of the bridge structure as the unison note for a unique musical scale of the bridge, while the scale notes' tonal ratio progressions follow an old Norwegian folk singing mode.

Next, community volunteers lend their voices for those notes. Lastly, the bridge/harp behavior follows the on-going weather and the public crossings to evolve the music for Nøkken through the very voices of the community.

So from conception on, the project is deeply engaged with the community and their environments into the future.

Its successfully revived a Nordic folk legend and have the community reconnecting with the River Spirit in a very tangible way. And it fulfill one of my team's philosophy of living by the world we dream of.