Rising from the Ashes - CODAworx 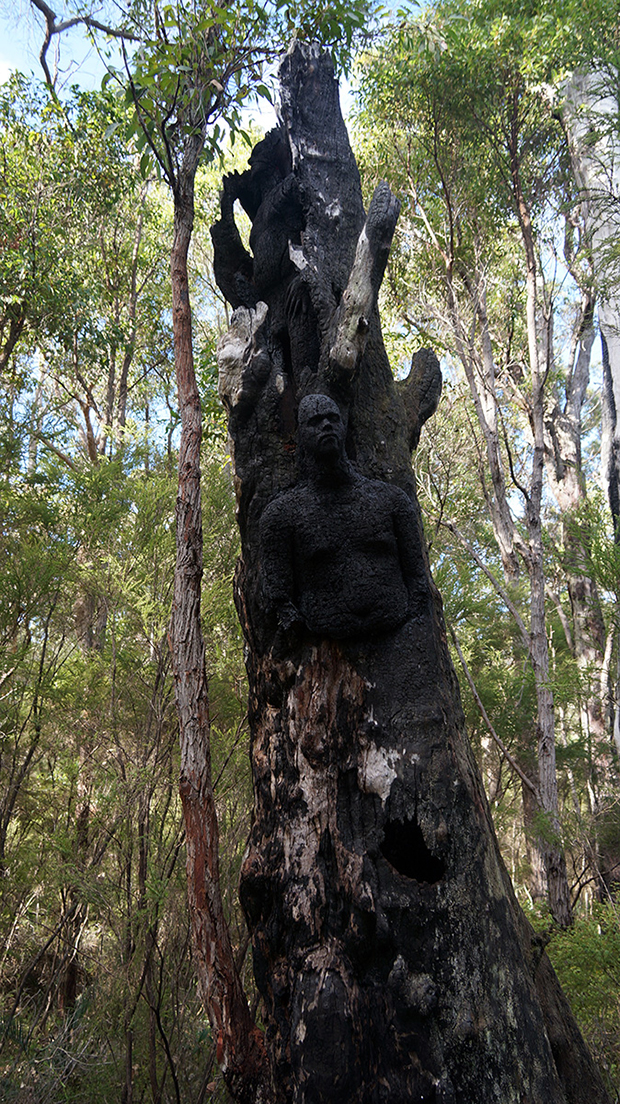 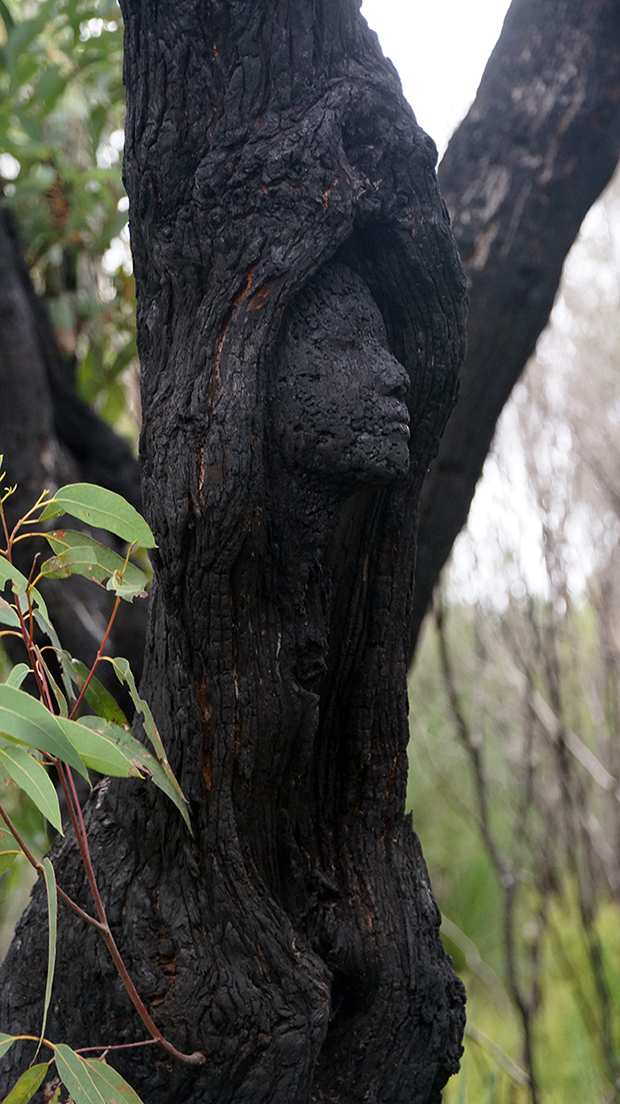 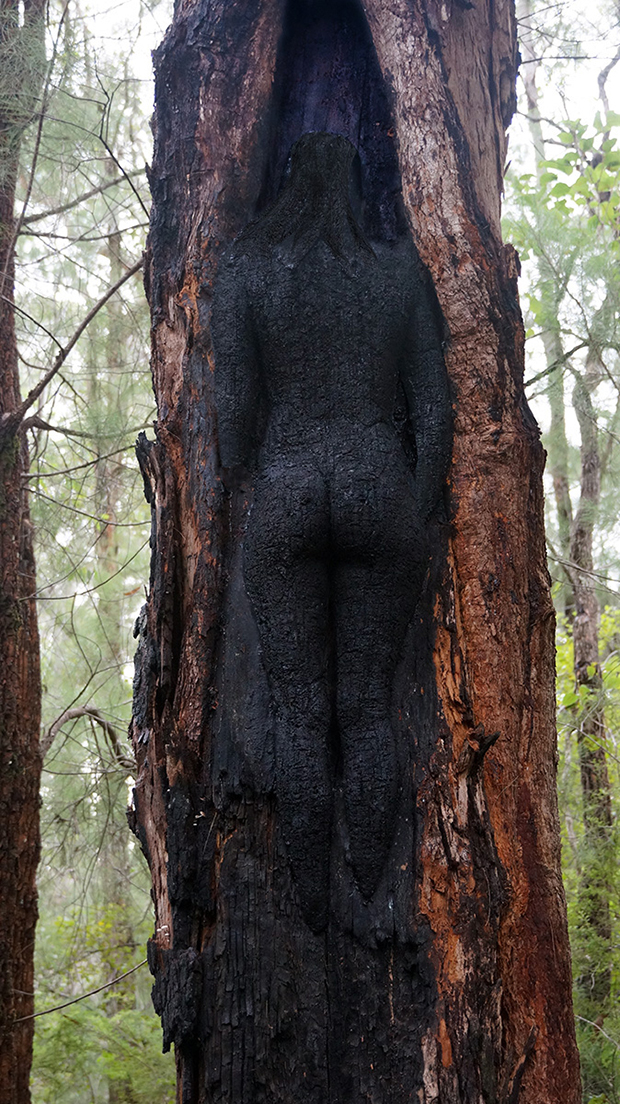 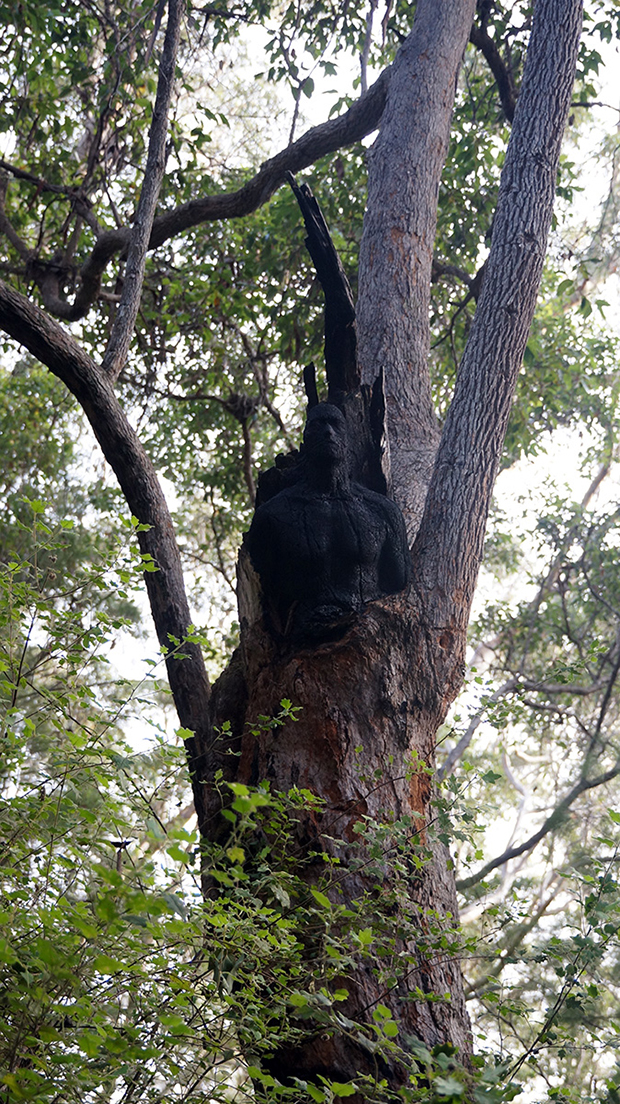 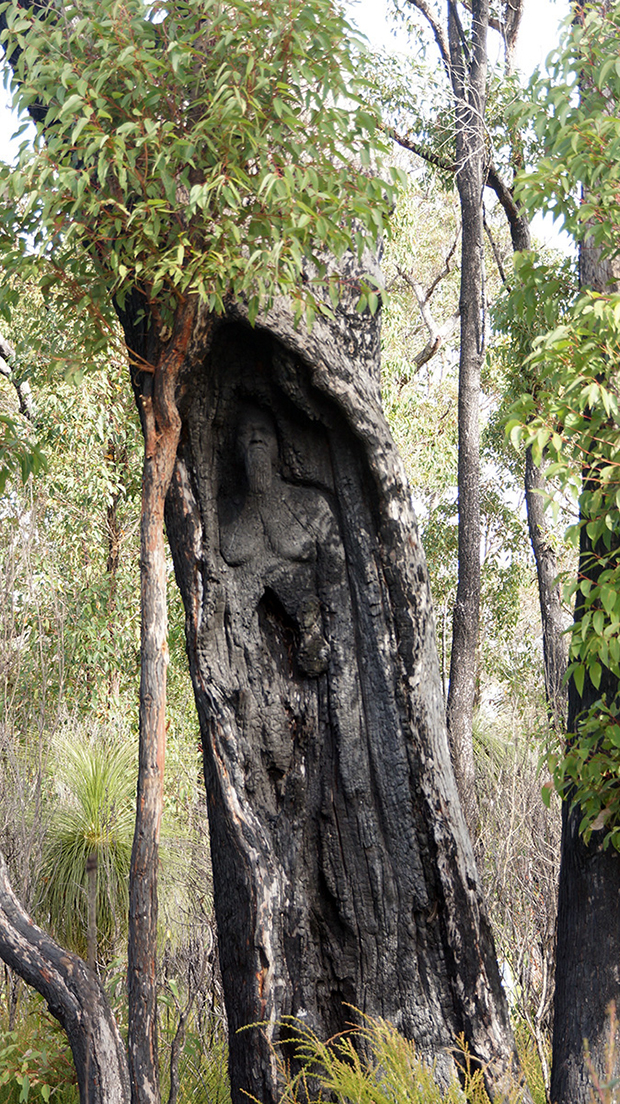 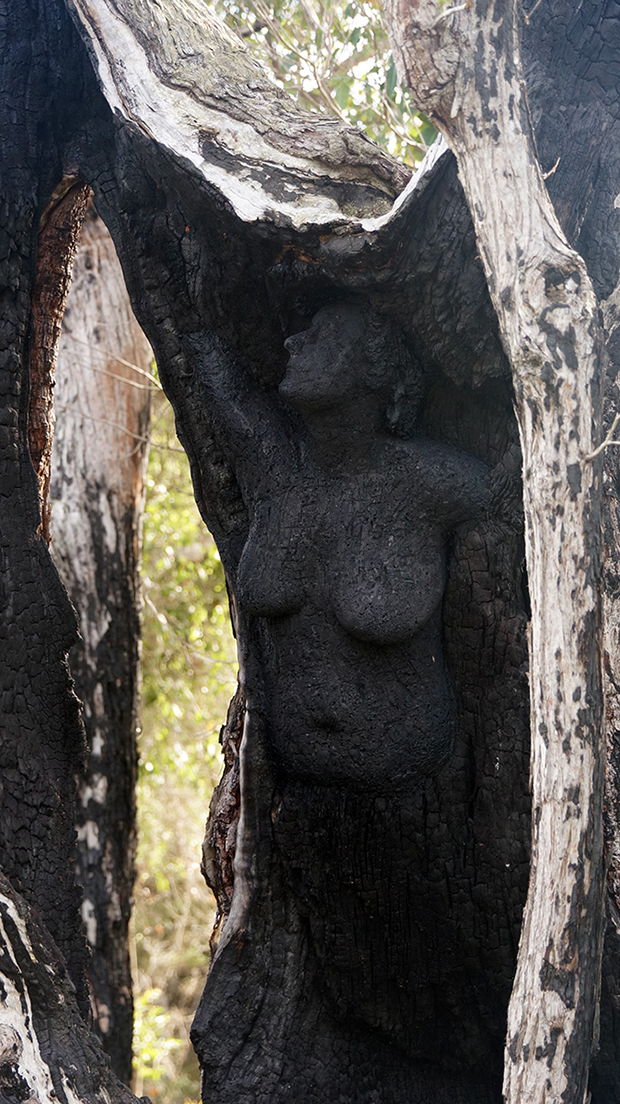 To create 50 sculptural portraits of local people from a small town in the Southwest of Western Australia, commemorating the towns survival from a massive Forest fire in 2015. Northcliffe has a growing sculpture park now in its 10th year and this commission entailed placement of charcoal portraits into burnt scars in trees along its 1.6 km trail.

To lift the public engagement and personnel ownership in a local Sculpture Park in Northcliffe WA and celebrate the unity and solidarity of the small community of 500 people. I did not want to portray the residents in a highly realistic manner, I wanted their portraits to take on a similar texture to the burnt scars within the existing trees along the path. I wanted the final sculptures to look as if they had always been there and were part of the forest. The sculptures became a search and discovery mission for the viewers so there is always an element of surprise finding a new one. This project has helped the community to gain a personnel ownership to the park and its ongoing future. The work also had a healing effect on the wider community which gave them a sense of pride, strength and resilience. The project had some surprise outcomes as a spiritual connection and symbology grew into its own unique identity. The collection of work has helped gain a wider audience and bring more tourists to the small town. This seems to be unique representation of humanity, certainly in Australia and we have found nothing similar globally.

This project took 7 months to complete. The process entailed taking face, bust or full body casts of community members. Local volunteers became active participants in the casting process either as models or helping to cast others. A school workshop with grade 9 and 10 kids taught them how to make face moulds then moulding their own faces in charcoal and placed into the trees. Possibly 100 people became involved in one way or another which was about 1/5th of the entire population. Members of the community felt honoured to be immortalised in there own unique personnel sculptures. The works included some who were part of the volunteer Bush Fire Brigade who serve on the front-line of any local fire. The people involved were from 15 to 83 representing many identities from the community.
Many feel the work has become something similar to caretaker spirits of their forest. The project has helped bring the community together and celebrate local art as well as marking a historic period. There were detractors of the park calling it a waste of community resources yet they now have friends and family included and their opinion has changed to a more positive view.

This commission allowed me to work on a massive scale in the natural forest and further the developmental use of this charcoal based technique from a previous large sculpture. This commission rose from a sculpture I created called 'Ashes to Ashes' which won 'The Public Choice Award' in Australia's largest outdoor sculpture exhibition in Bondi (Sydney) in 2015. Expanding the new style in a natural forest setting was an amazing progression. I have further developed this technique and visual representation of humanity in charcoal and will commence another large scale sculpture garden called ‘Carbonature Gathering’ later in 2018.