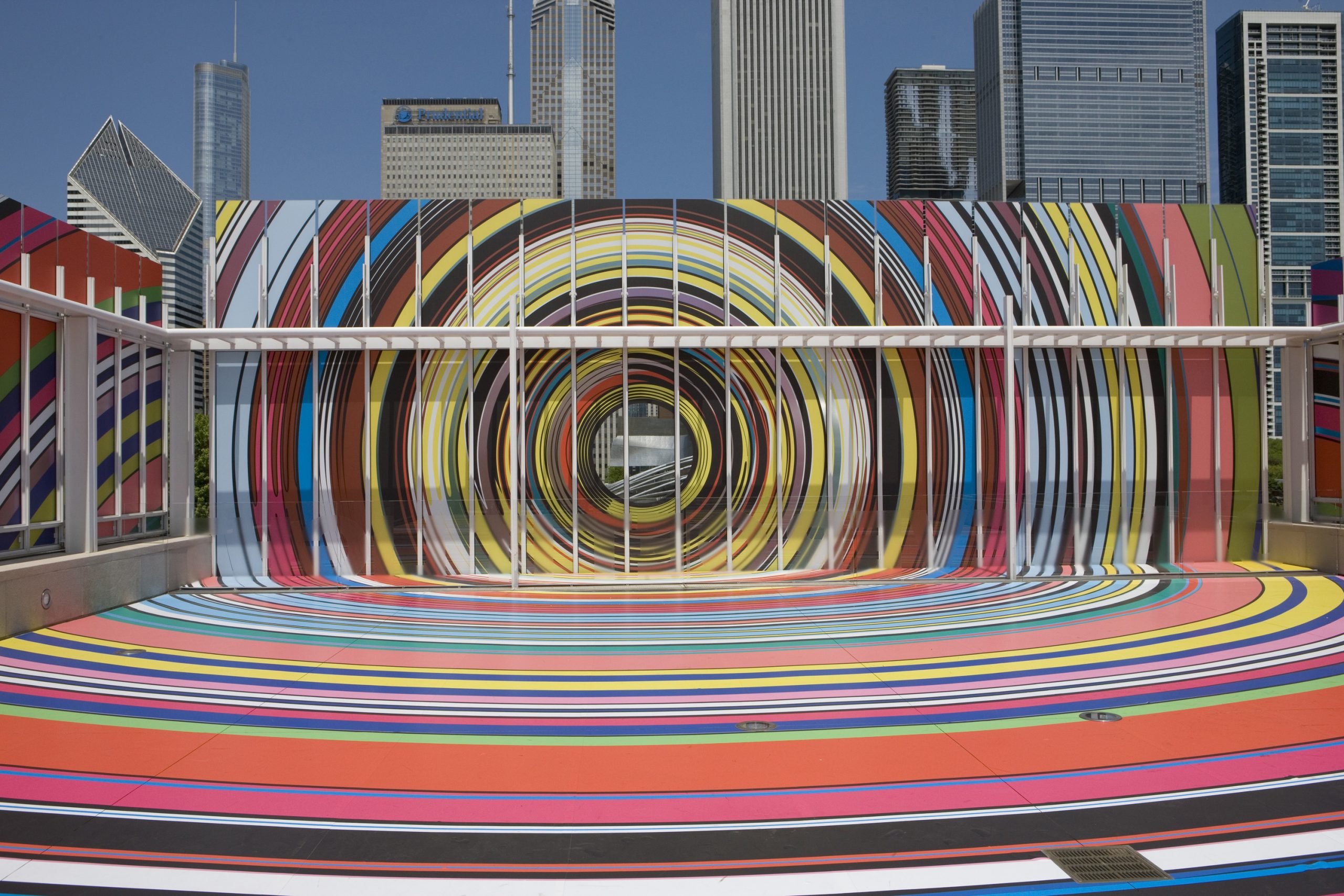 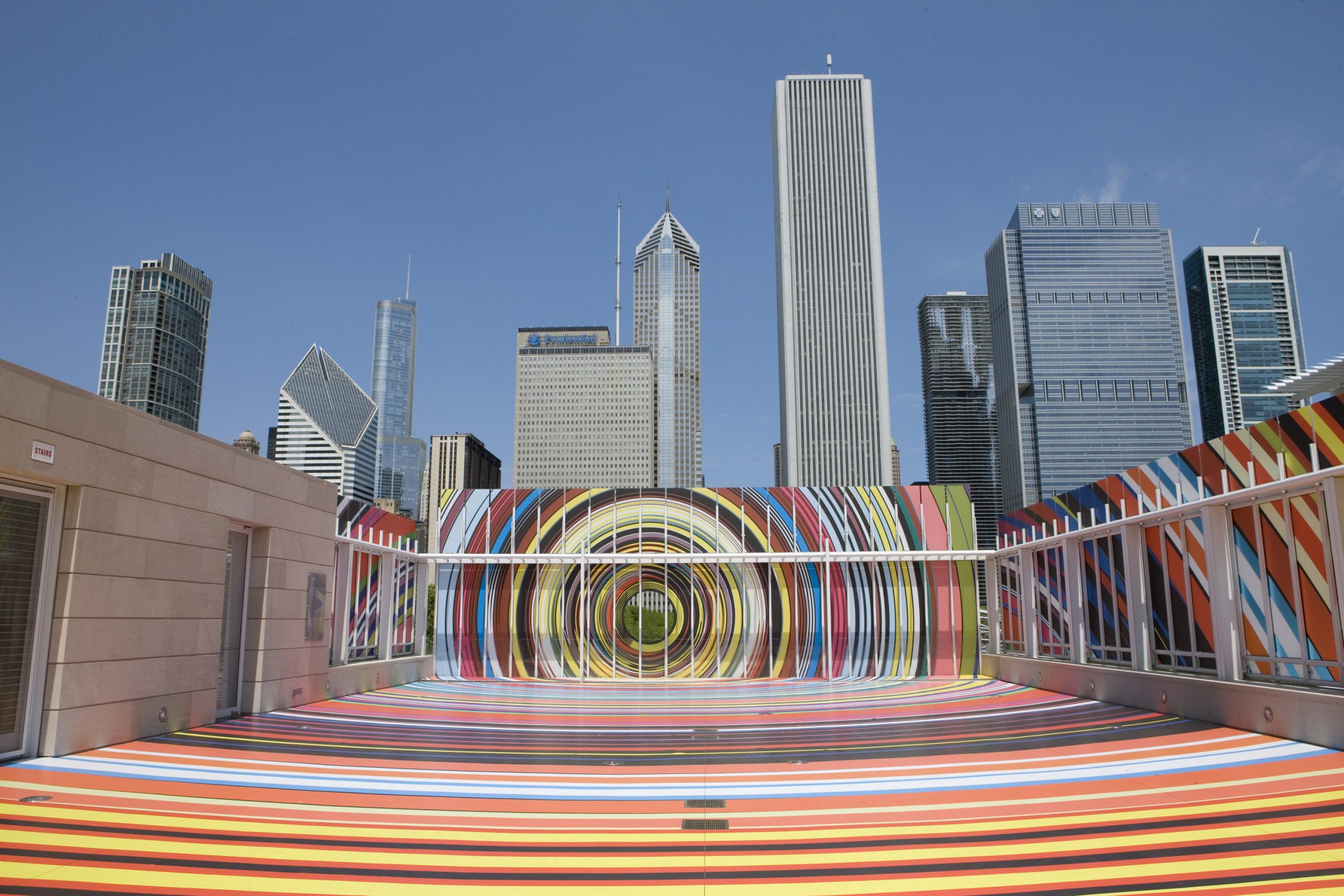 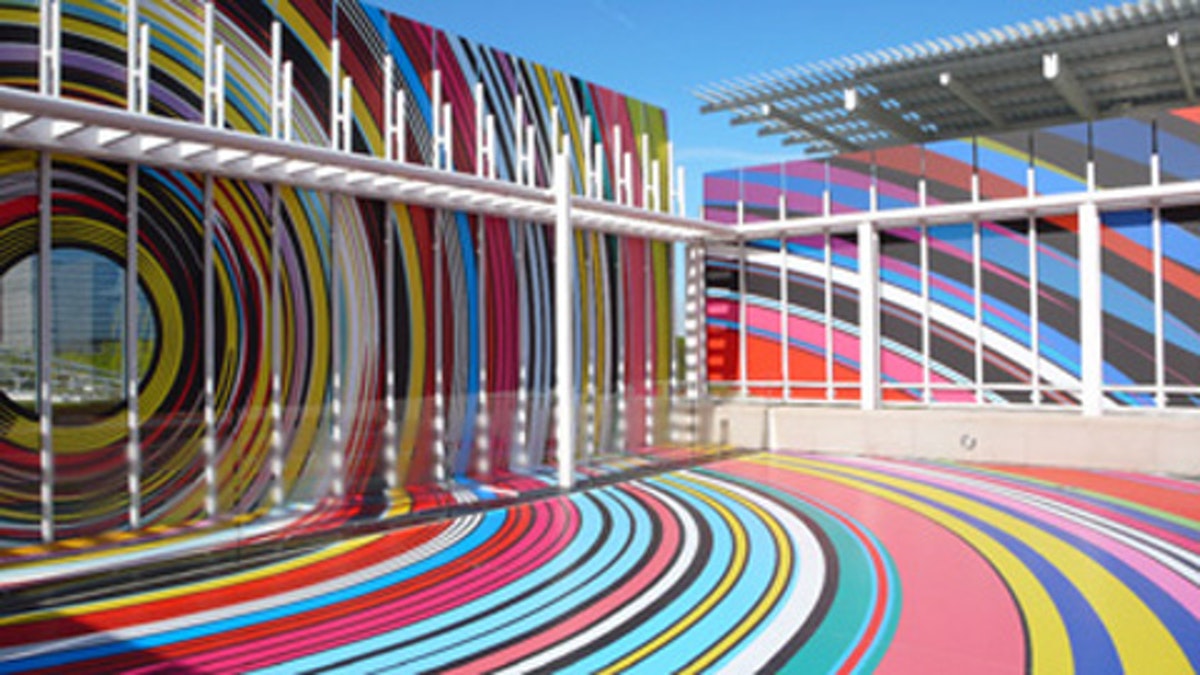 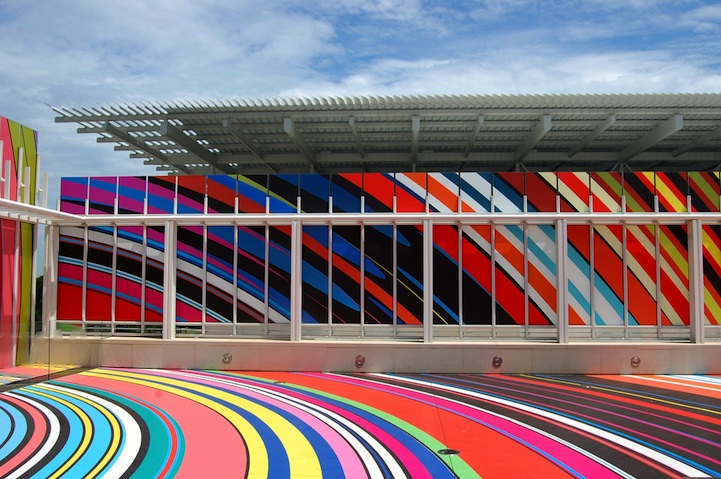 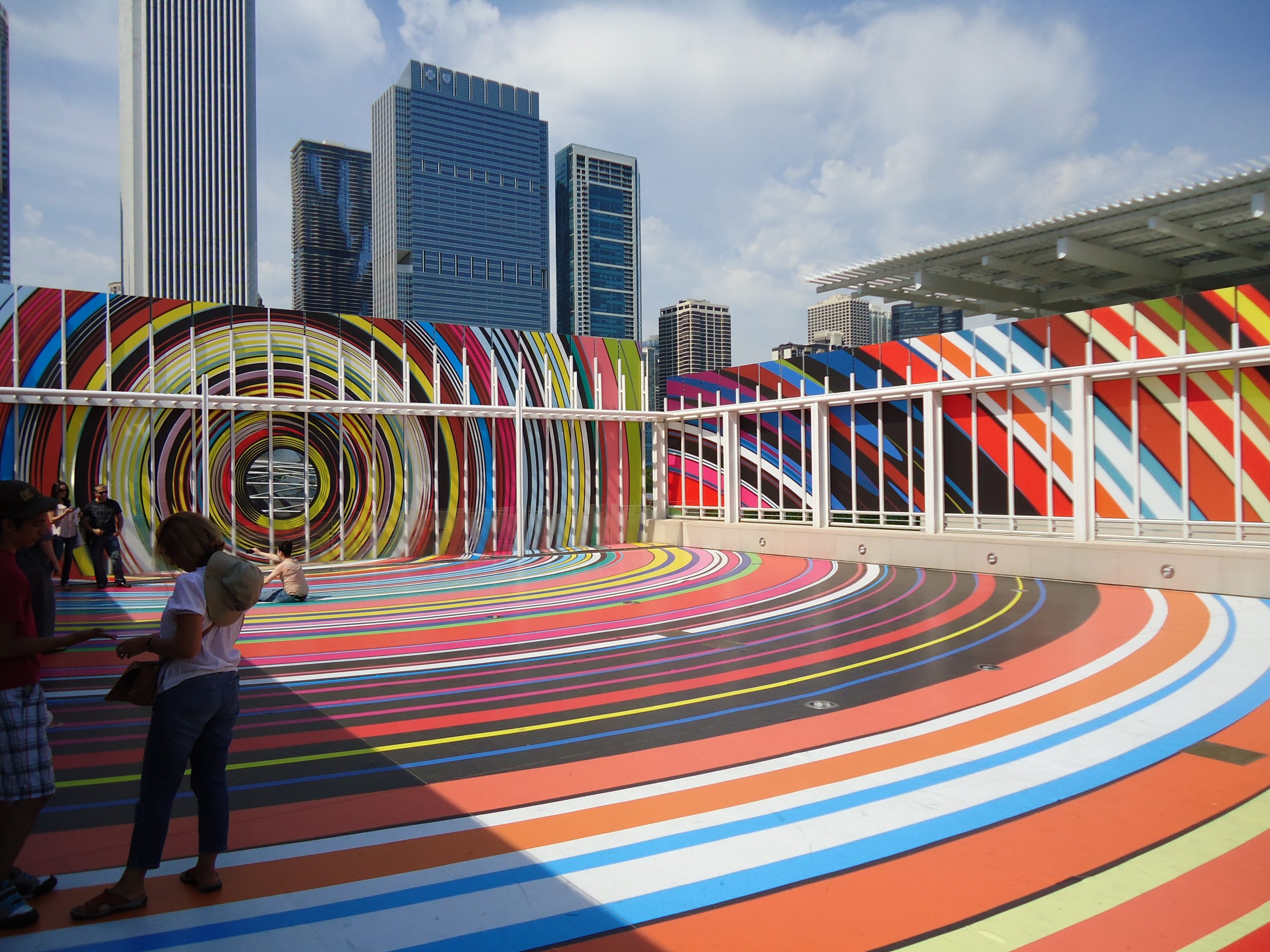 Restless Rainbow, a commissioned, site-specific work for the Art Institute of Chicago’s Bluhm Family Terrace, uses this dramatic space not as a platform for objects but as the work itself. In this piece, White drew on her interest in and knowledge of graphic design, textiles, and animation to wrap the terrace in a vibrantly colored, energetic abstracted rainbow. While planning for the installation, the artist wondered: What would happen if a rainbow became disorganized—would it fall from the sky? What if a rainbow misbehaved, causing its color spectrum to take on new order? Would it include black, as rainbows in comic books often do?

Occupying the sculpture courtyard at the Art Institute of Chicago, Restless Rainbow obscured and controlled the view through the relentless use of a supergraphic digitally printed on window and street wrap vinyl. This way the viwer became the object trapped in the membrane of the graphic.

From the surface of the floor to the tops of the glass walls, White’s work turns the Bluhm Sculpture Terrace into a completely activated site in and of itself. Restless Rainbow inverts the traditional act of “looking out” from the terrace—at the Chicago skyline, Millennium Park, and the lakefront—and instead invites visitors to enjoy it as an immersive space, brought fully to life through the use of color, line, and texture. White said, “I am not really interested in the blurring of boundaries; it’s really more that there is an art opportunity in all of these things. . . . In many ways it is about finding these hidden zones.” The Bluhm Family Sculpture Terrace is just such a “hidden zone.” Though highly visible, it is recognized more for what it presents than for its own spatial dynamics. Restless Rainbow changes that equation, bringing the space to life through a riot of color and play.