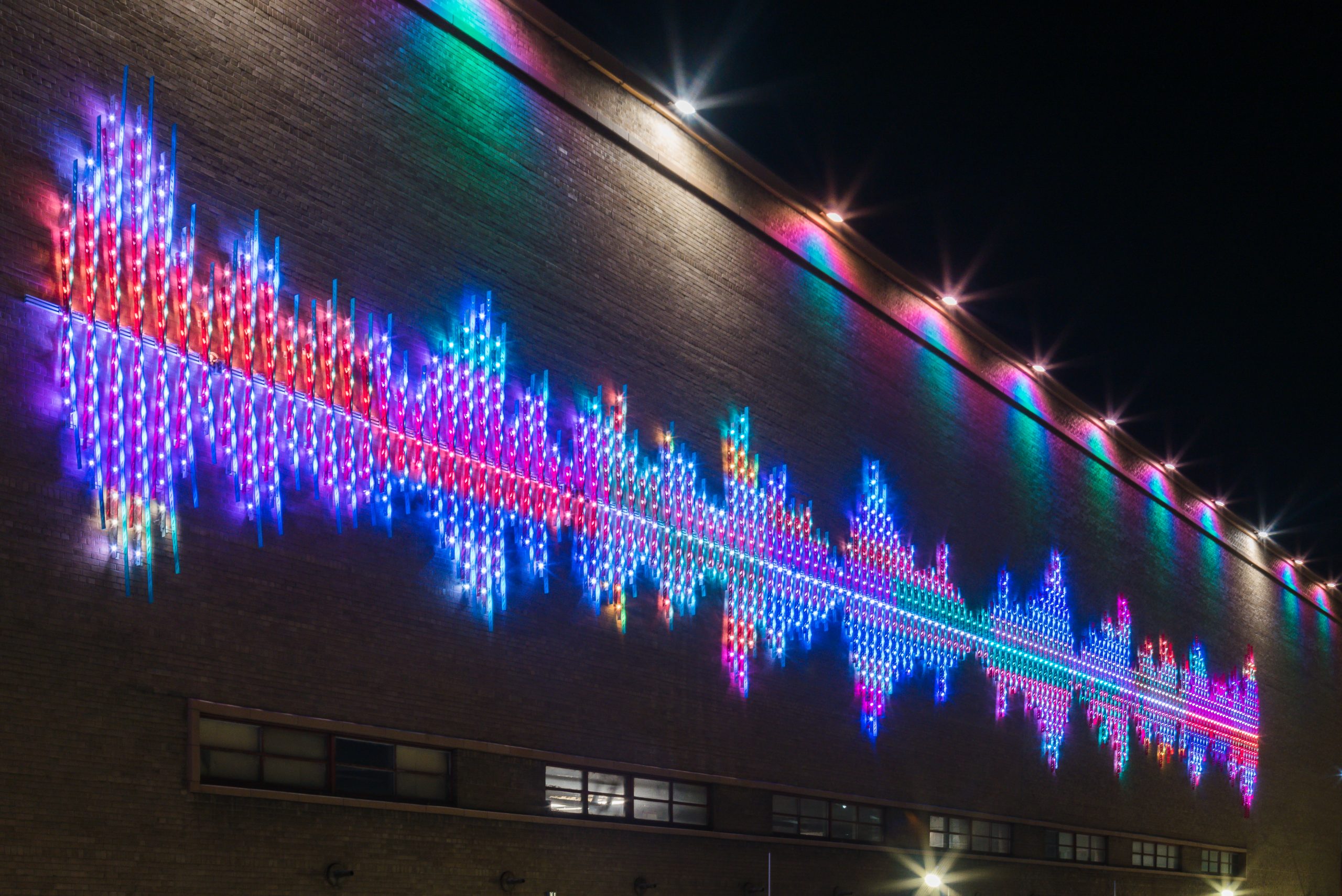 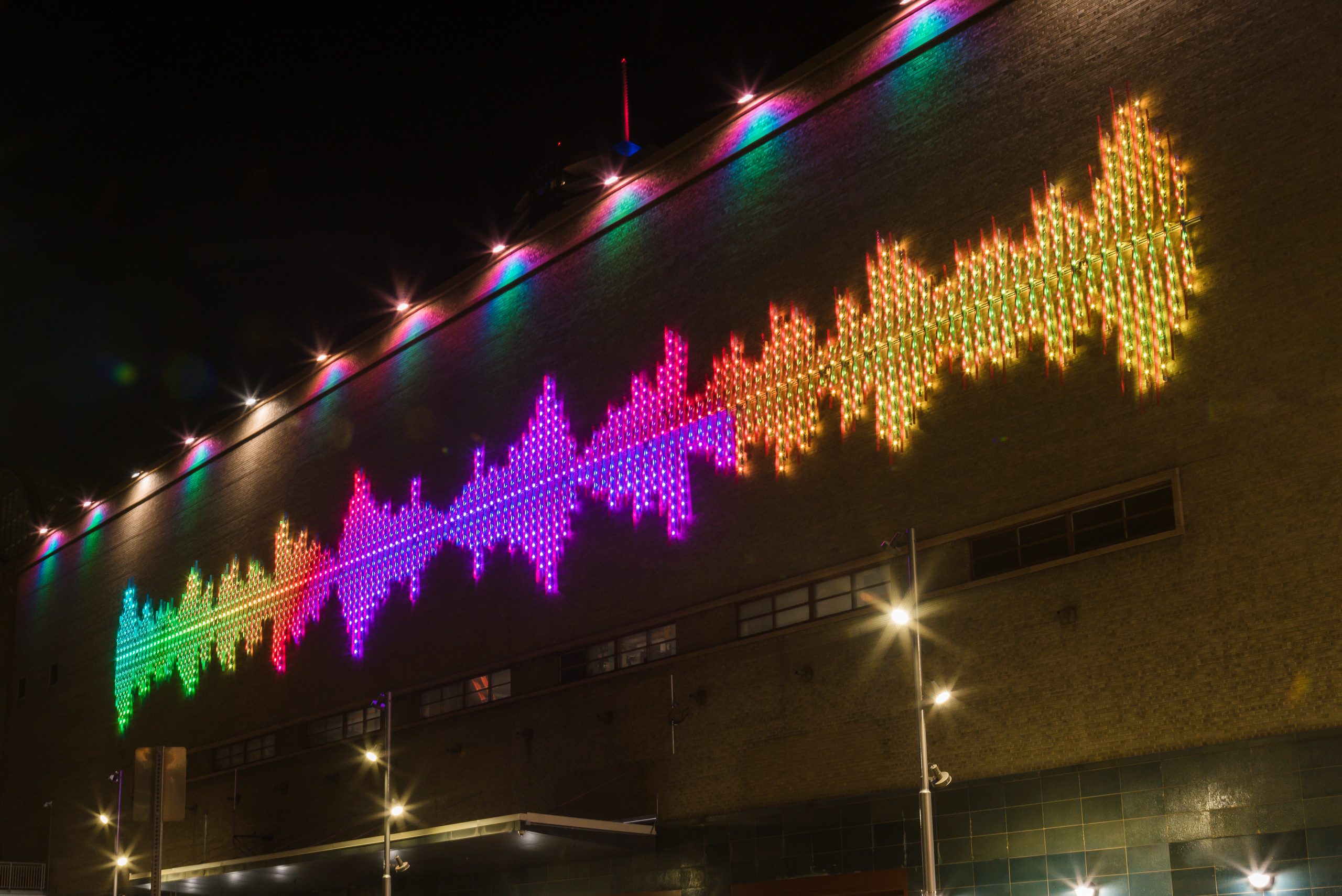 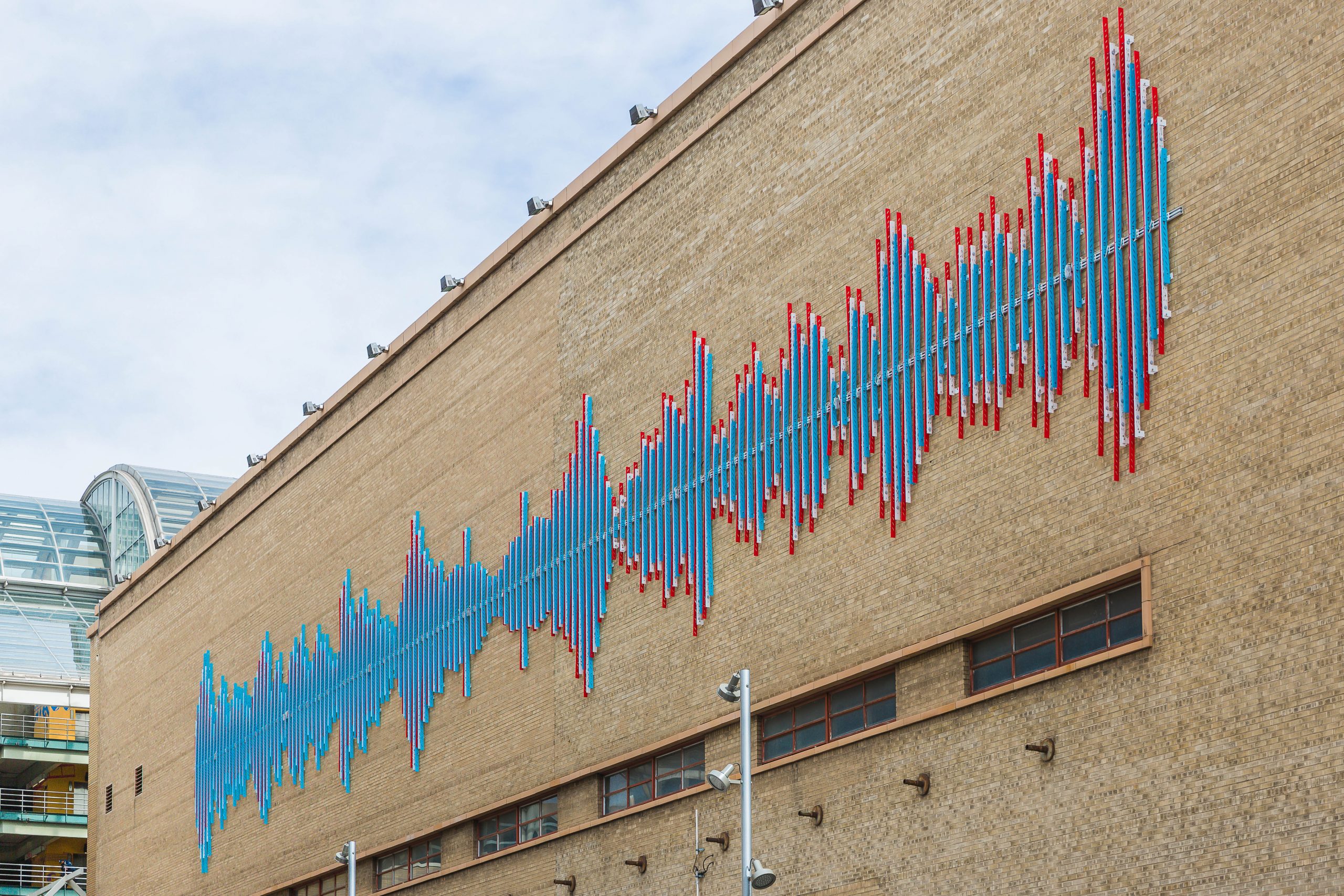 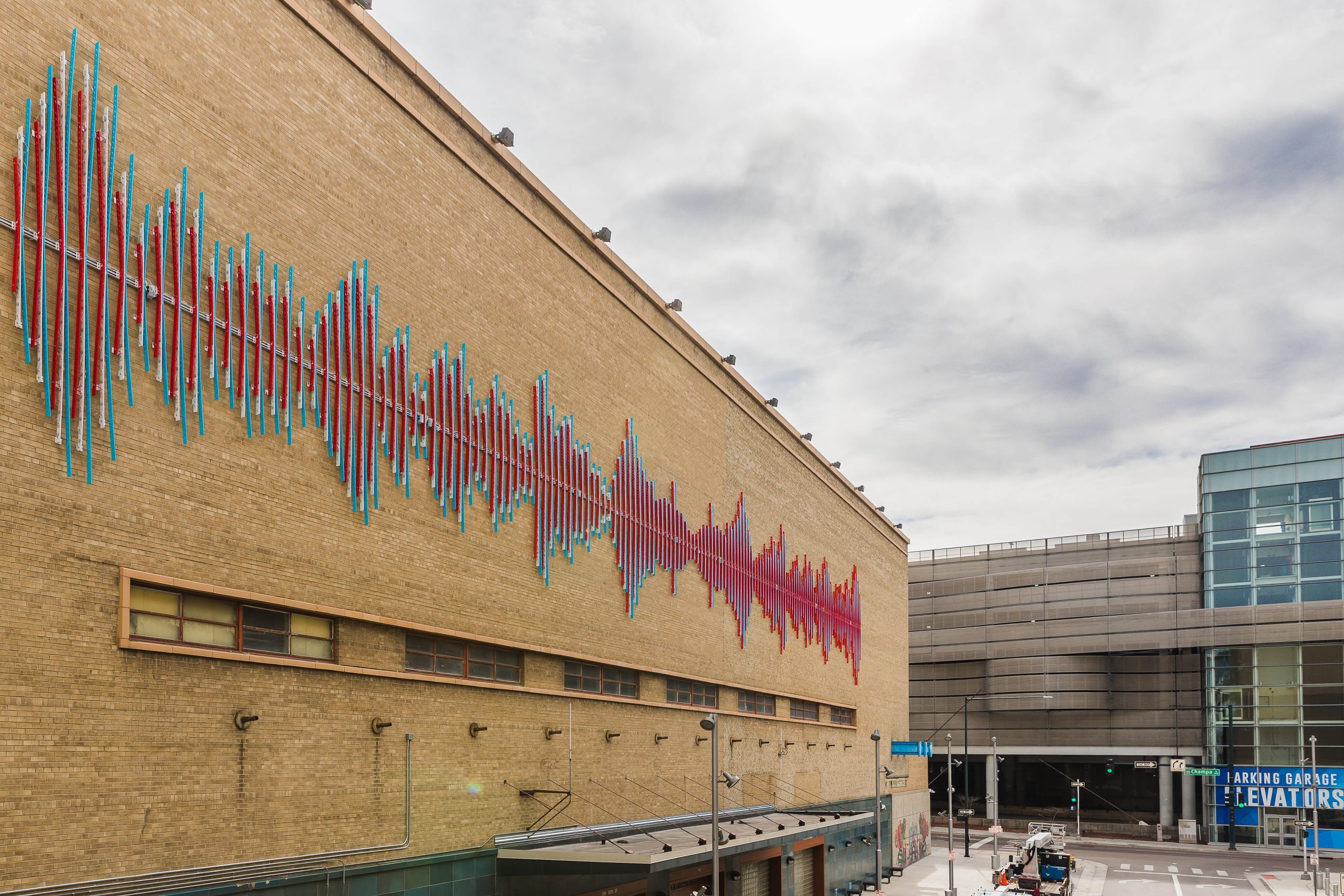 “Resonance” is a wall‐relief illumination artwork that signifies and celebrates the Temple Hoyne Buell Theatre in Downtown Denver, Colorado. It intends to be a soaring, luminescent threshold that captures the attention and imagination of those who walk beneath prior to attending a performance or simply when exploring the downtown area as well as those utilizing the microphone on an adjacent publicly accessible balcony. Spanning approximately 150 feet across the southeast façade of the theater, Resonance is composed of 145 powder‐coated aluminum branching fans resembling a frozen sound wave of vertical lines similar to an equalizer or audio histogram. The branching fans traverse the length of the Buell theatre façade facing Champa Commons and its new public plaza. The work is interactive and viewers can alter the light show with sound at a public microphone on the nearby balcony. By using voices or other means to create sound, the work will change color, speed and movement for an interactive light show.

This work is integrated into the facade of the Temple Hoyne Buell Theatre and the goal was to draw viewers to the work before or after seeing a show inside the theatre. This work creates a place for theater attendees to stop and linger and enjoy the light show or interact with the work if they feel like doing so. The balcony where the microphone is located is slated to include benches, tables and flower beds to create an interesting respite before or after a show.

The collaboration between the artist, Brian Brush, the public art team, and the facilities managers of the Buell Theatre was an intricate one. An immense amount of coordination took place to ensure the work was installed safely and that the electrical programming stayed out of view and safe from the elements. Placement, size and location of the microphone were all discussed to ensure an enjoyable experience for those that visit and enjoy "Resonance".

“Resonance” is built on the concept of Doppler shift, which describes the change in frequency or wavelength of a wave from the viewpoint of an observer. “Resonance” is based on the fascinating capability of Doppler effect to induce dynamic motion from stillness using patterns, waves, and interference to make stabile objects appear to move, accelerate, expand, extend, and dissolve.