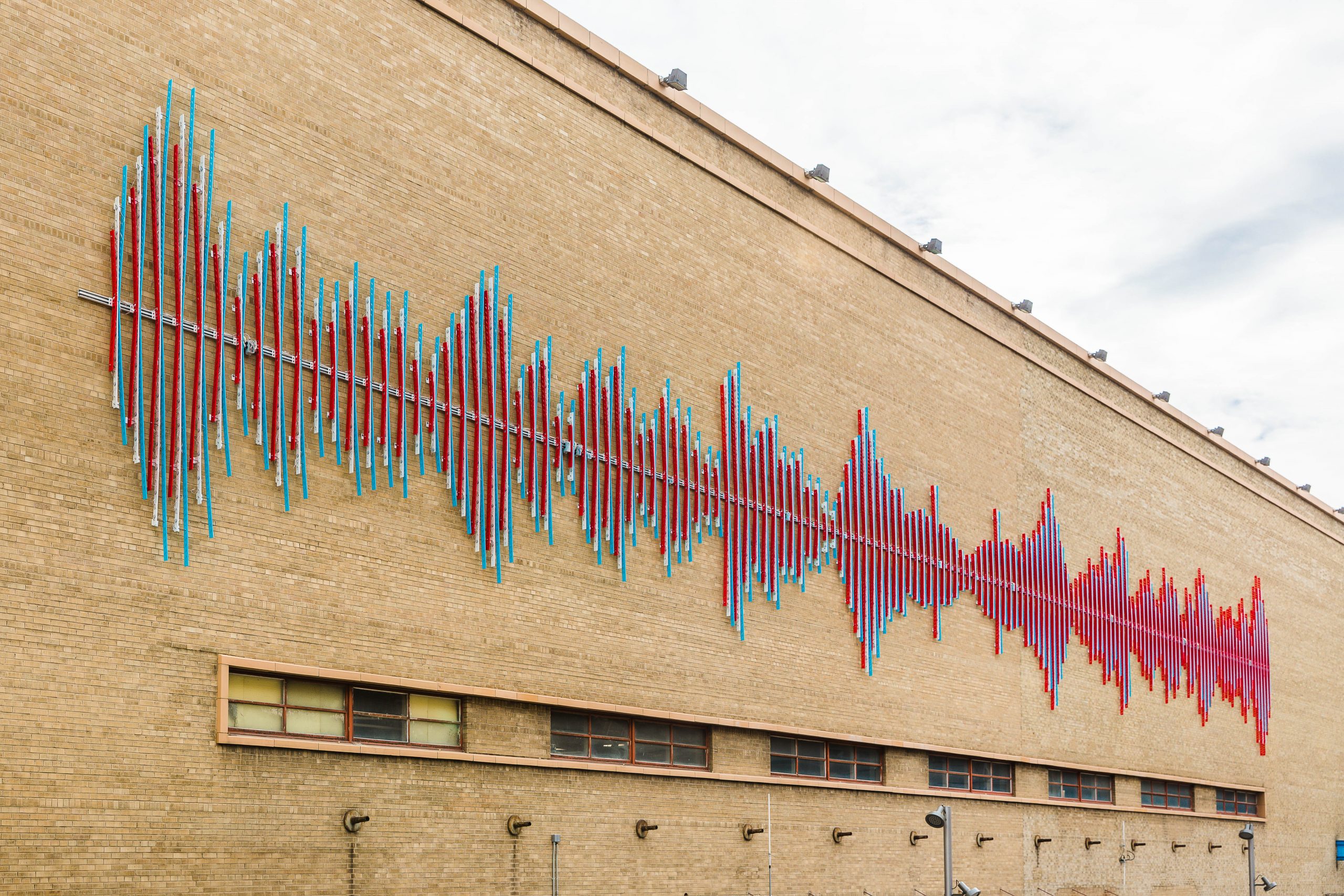 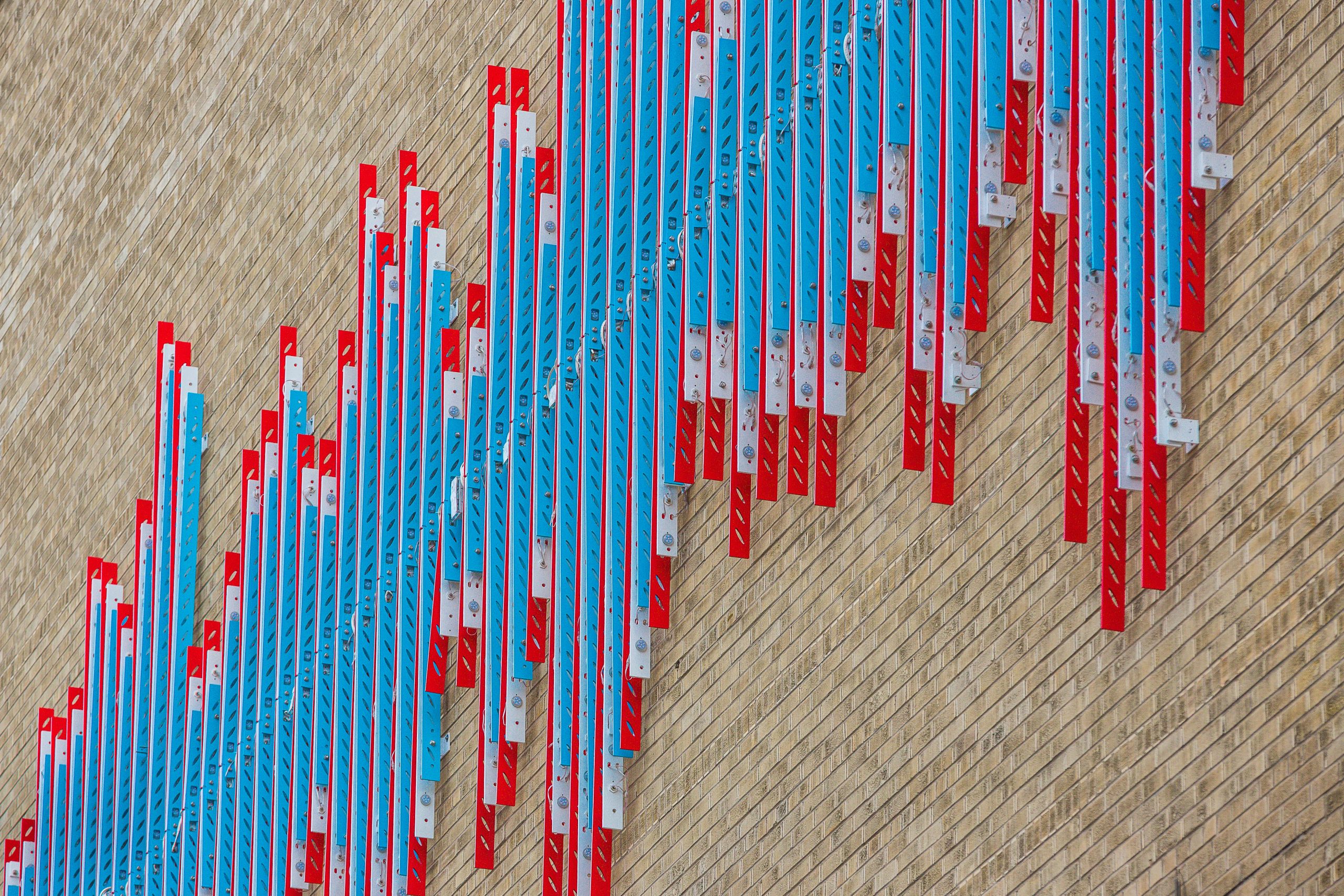 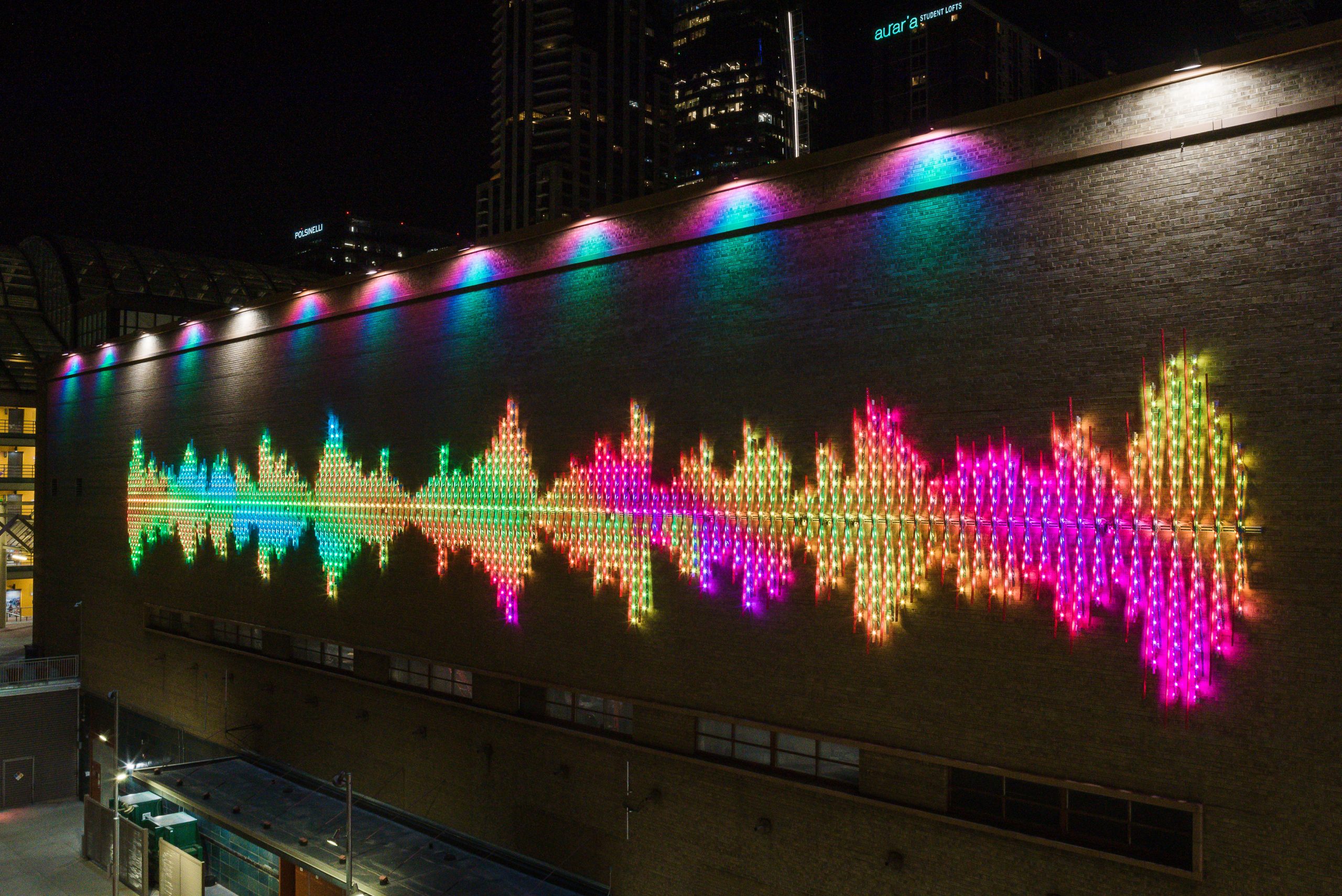 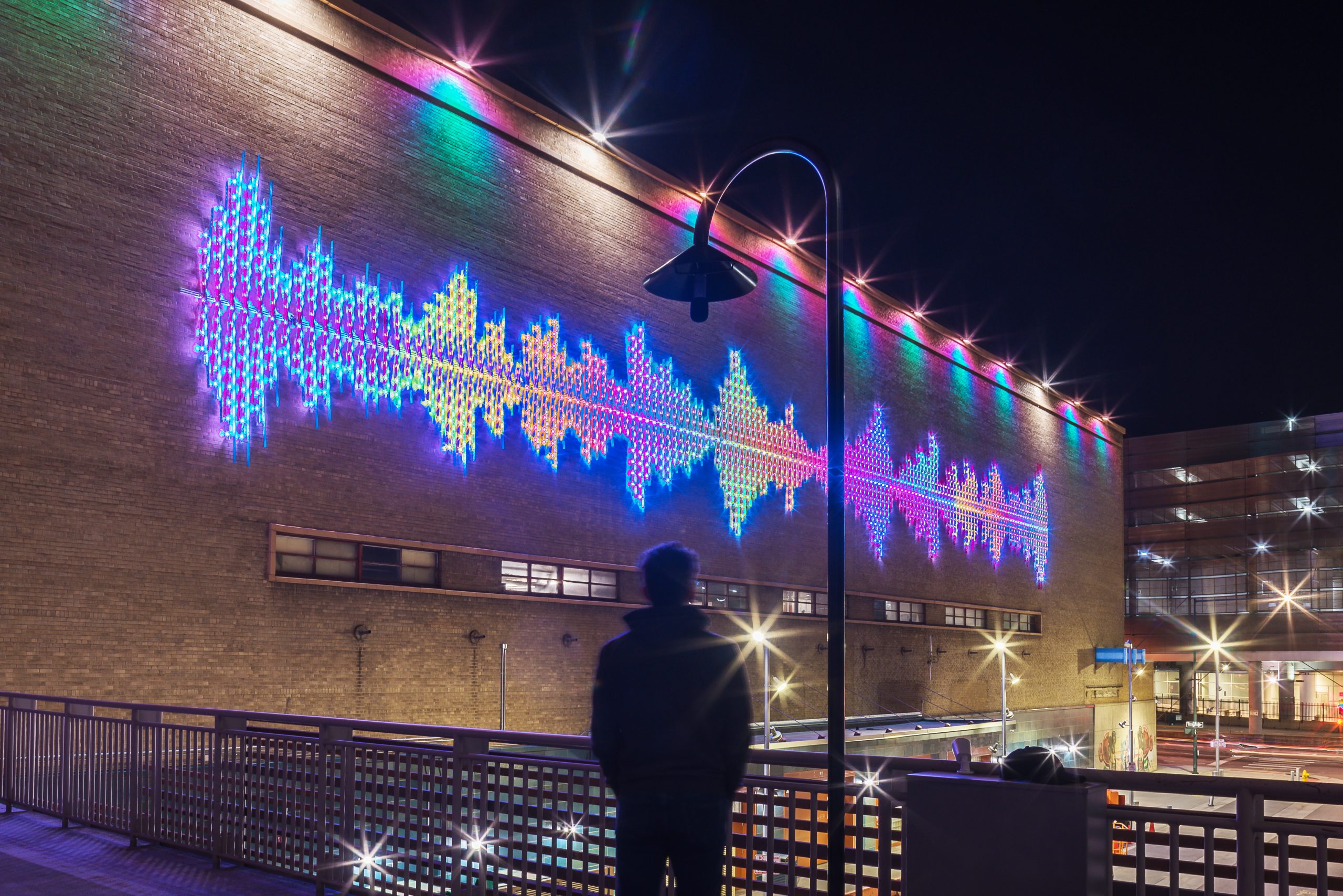 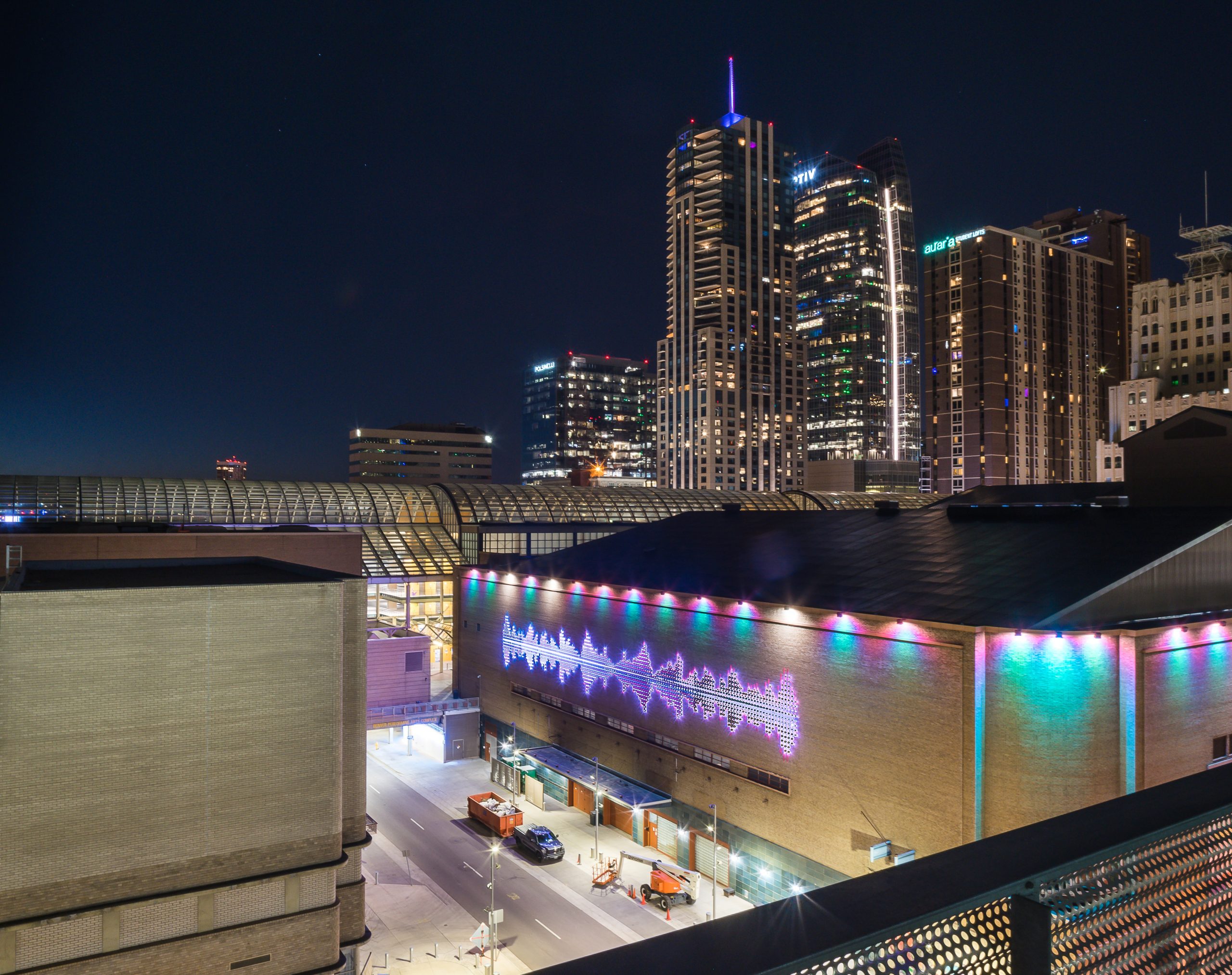 Client: City and County of Denver - Denver Arts and Venues

“Resonance” is built on the concept of Doppler shift, which describes the change in frequency or wavelength of a wave from the viewpoint of an observer. “Resonance” is based on the fascinating capability of Doppler effect to induce dynamic motion from stillness using patterns, waves, and interference to make stable objects appear to move, accelerate, expand, extend, and dissolve. This effect is amplified by coloration of the aluminum fins in red, cyan, and white. Together these colors render “Resonance” as an anaglyph – a stereoscopic image of itself – that appears a state of visual flux. From afar, the interlacing of vertical and rotated lines will create remarkable optical illusions such as moiré, mirage, and false transparency.

“Resonance” takes input from a dedicated “singing point” located at the site where people can sing into an outdoor microphone that visualizes their vocal expressions and integrates them with the light visualization of the piece.

“Resonance” is intended to convey the sonic energy flowing through the site which is created by the performance activity of musicians, actors, and the public. Resonance was conceived to analyze the performances occurring in the various buildings in the Denver Performing Arts Complex in real time and use this audio data to control the color, motion, and luminosity of the lighting.

The lighting effects are tightly choreographed with the physical qualities of the piece in order to entice and inspire people to engage the project with their own creative imaginations.