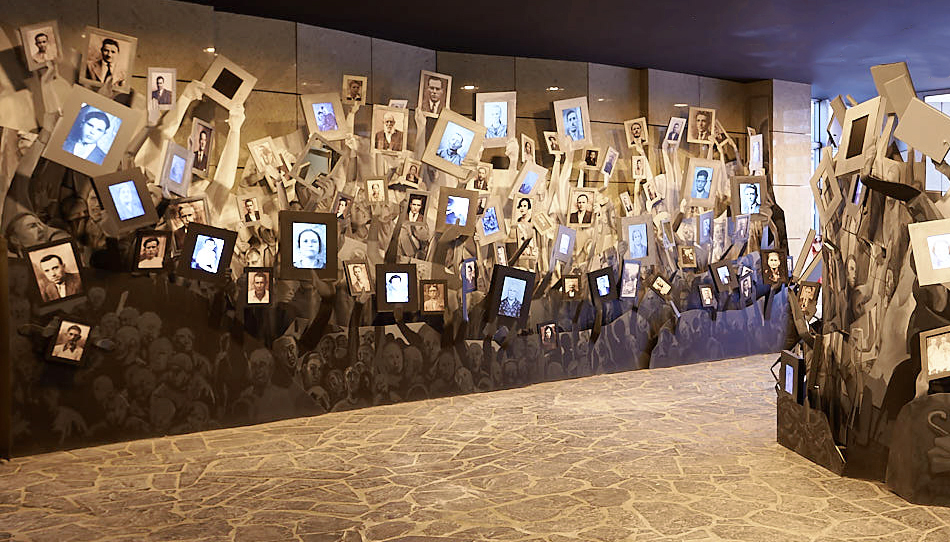 The Holocaust Memorial Center for the Jews of Macedonia was erected in the capital city - Skopje in 2012. BJA was the lead exhibition designer and conceptual developer of the entire project. The client asked for a suitable memorial to commemorate the murder of almost the entire Macedonian Jewish community and wanted a memorial at the entrance that would start the visitor experience in a powerful way. The integration was seamless.

Some of the frames are empty, some contain mirrors, other digital screens scrolling more images of victims. While the images of the victims themselves are critical to the composition, it is the hands holding these frames- and the painted images of the people holding them up - that lend particular power to this memorial. It is at once protest, supplication, and command, to remember these victims.