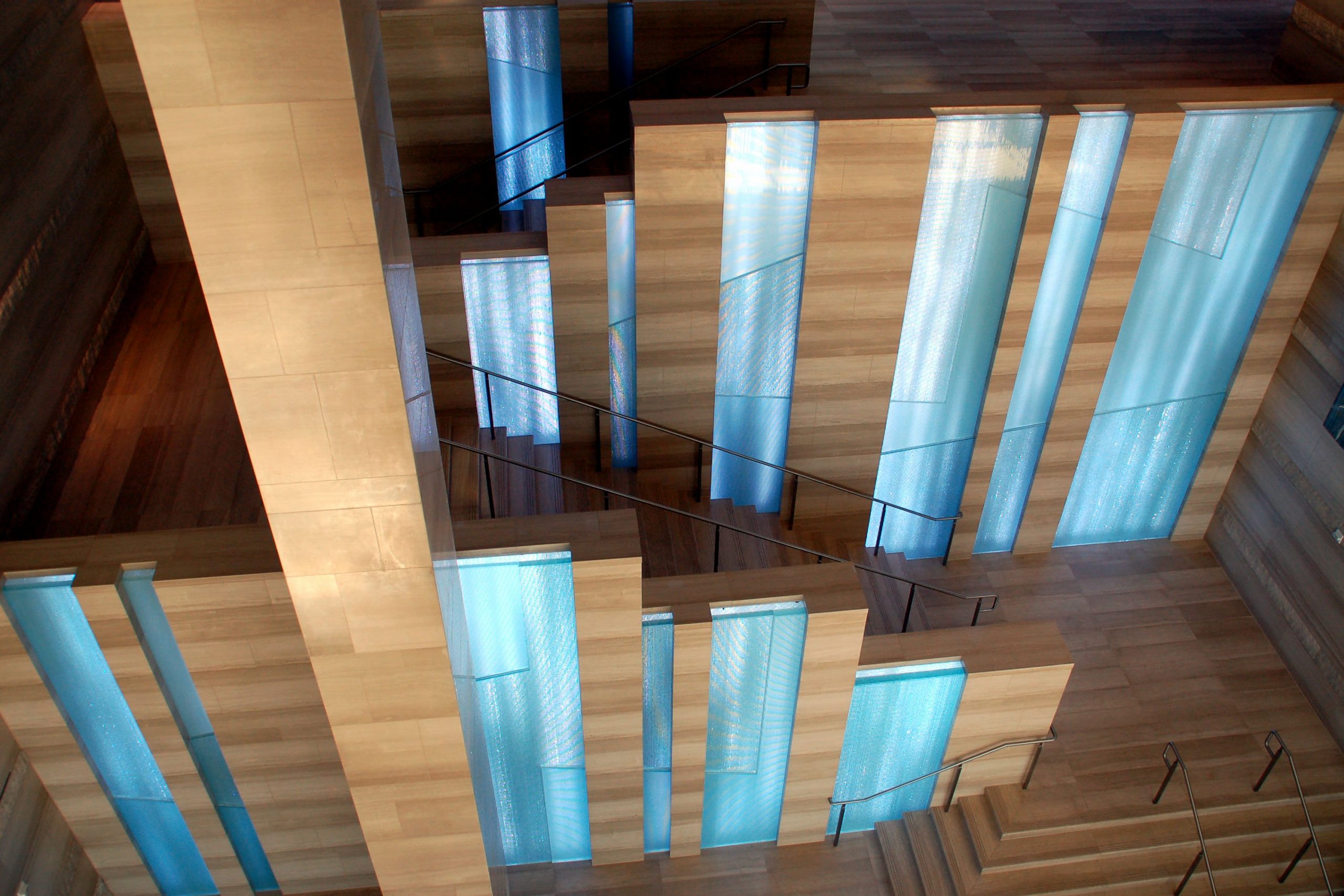 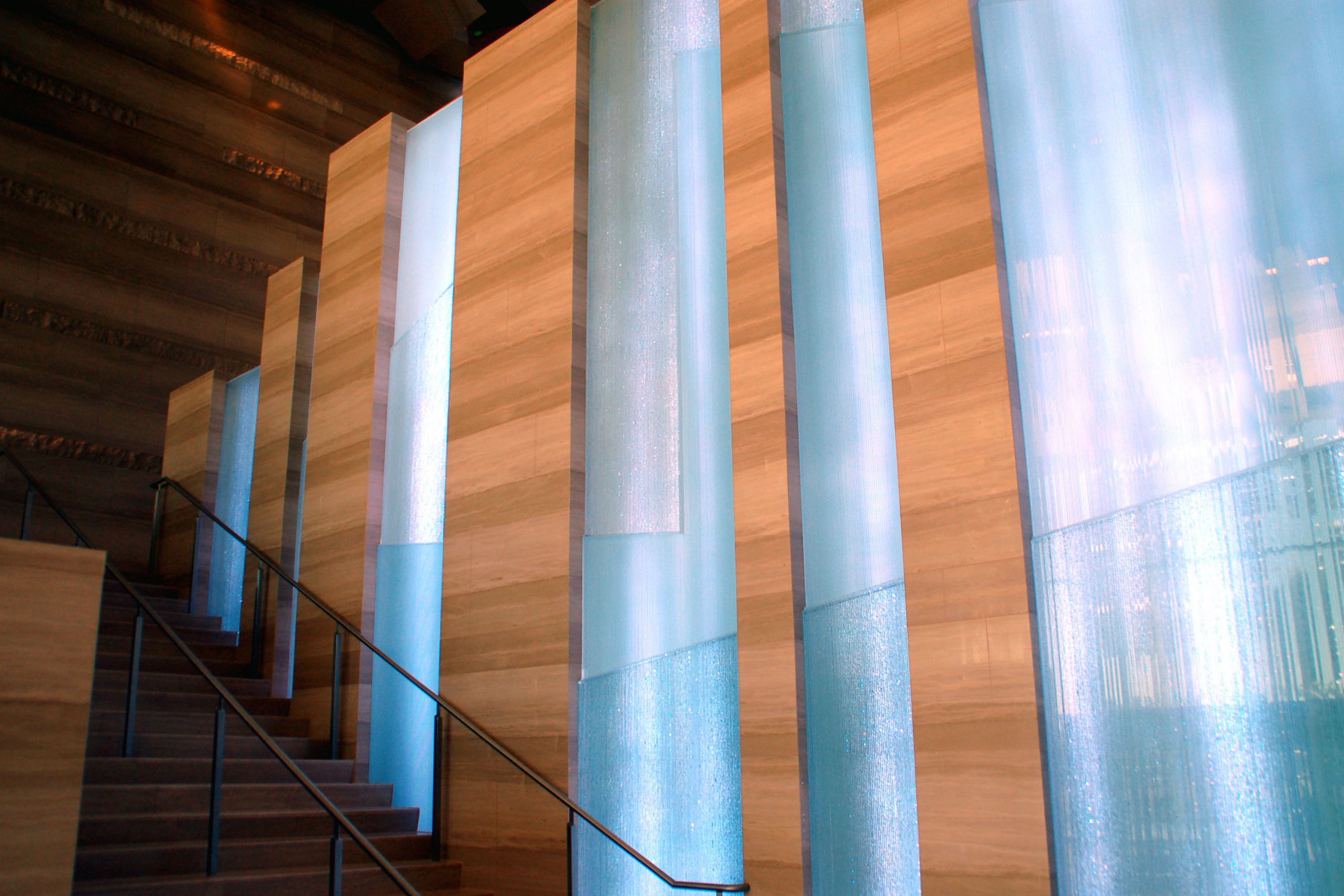 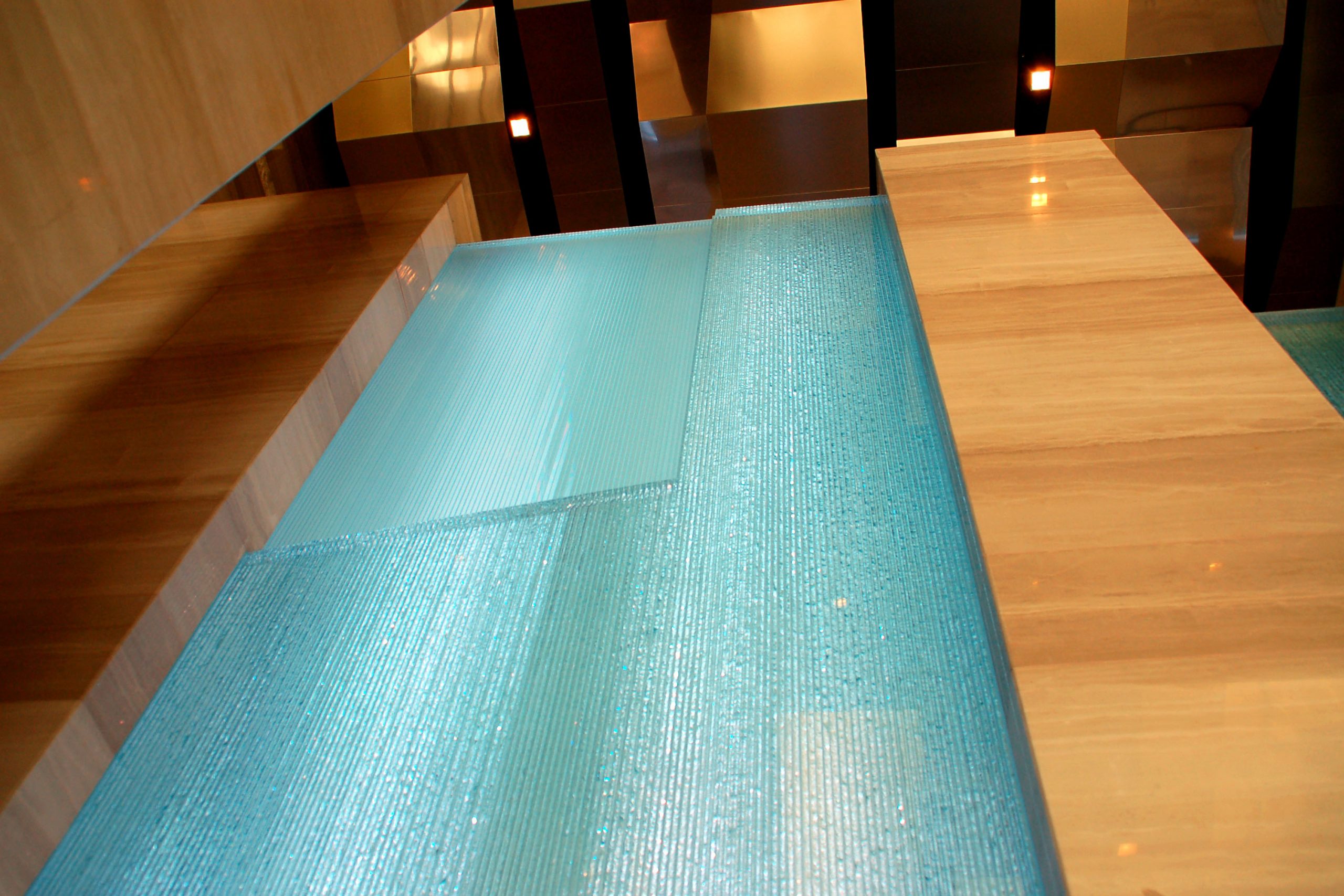 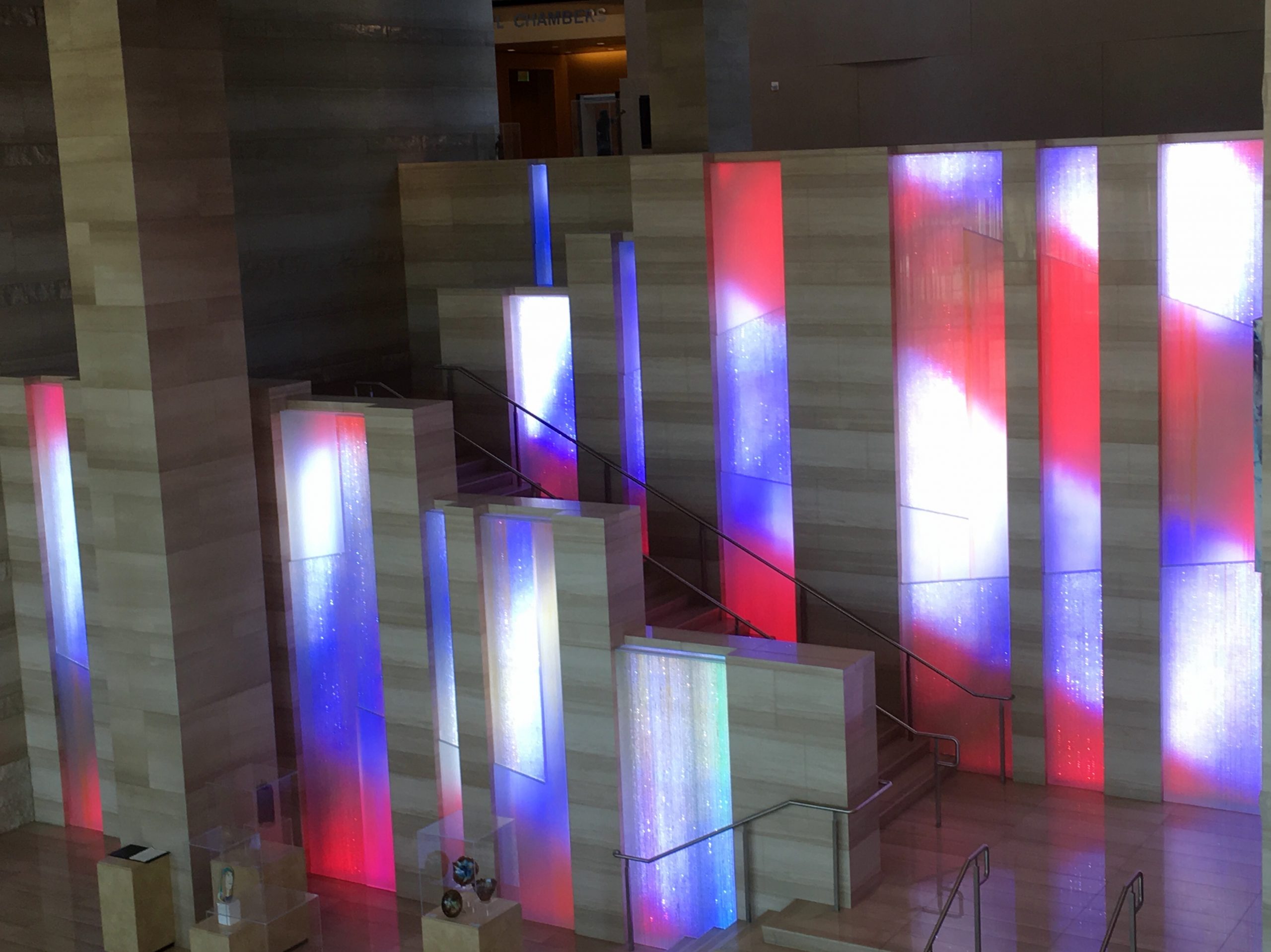 A monumental glass sculpture provides the focal point in the Lobby of the Las Vegas City Hall and captures the attention of a very eloquently designed building. During an 18 month span, over 4000 pieces of layered, dimensional glass were used to complete the project. Standing 30? wide by 22? tall by 22? deep and weighing 40,000 pounds, it has a powerful presence through its scale, depth, and attention to detail.

The design of the City Hall and integrating the Glass Sculpture expresses the life giving resources that have shaped the City's past, present and now provide energy for its future. Las Vegas derives the energy which sustains the City's life from Hoover Dam. Accentuated lines within the body of the sculpture are derived from the concrete blocks that are the foundational structures of the Hoover Dam. These blocks bear witness to the Dam Builders who created one of the Wonders of the World and whose families were counted among the early settlers of this great city. The layered imagery of cascading, flowing water represents it’s great power and energy. The illuminated glass speaks of the energy of the Colorado River as it rushes through the Dam. At nightfall, it's as is if the water of the Dam illuminates the building in an ever changing display of color, creating a new landmark in the City's world famed heritage of light.

Tony Milici breathed life into the vision of architect Howard F. Elkus, as two experienced professionals from different worlds came together in a committed bond to inspire, create, and reach new heights. Their belief in the creative integrity of the project formed a common ground paramount in their collaboration to create something of phenomenal substance - the worlds largest standing glass sculpture.