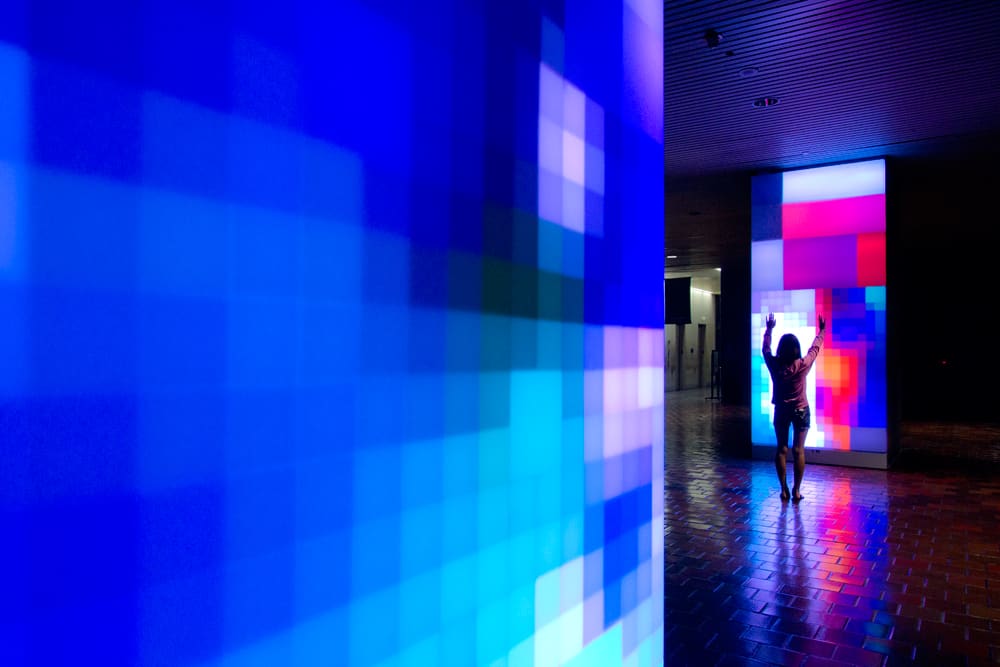 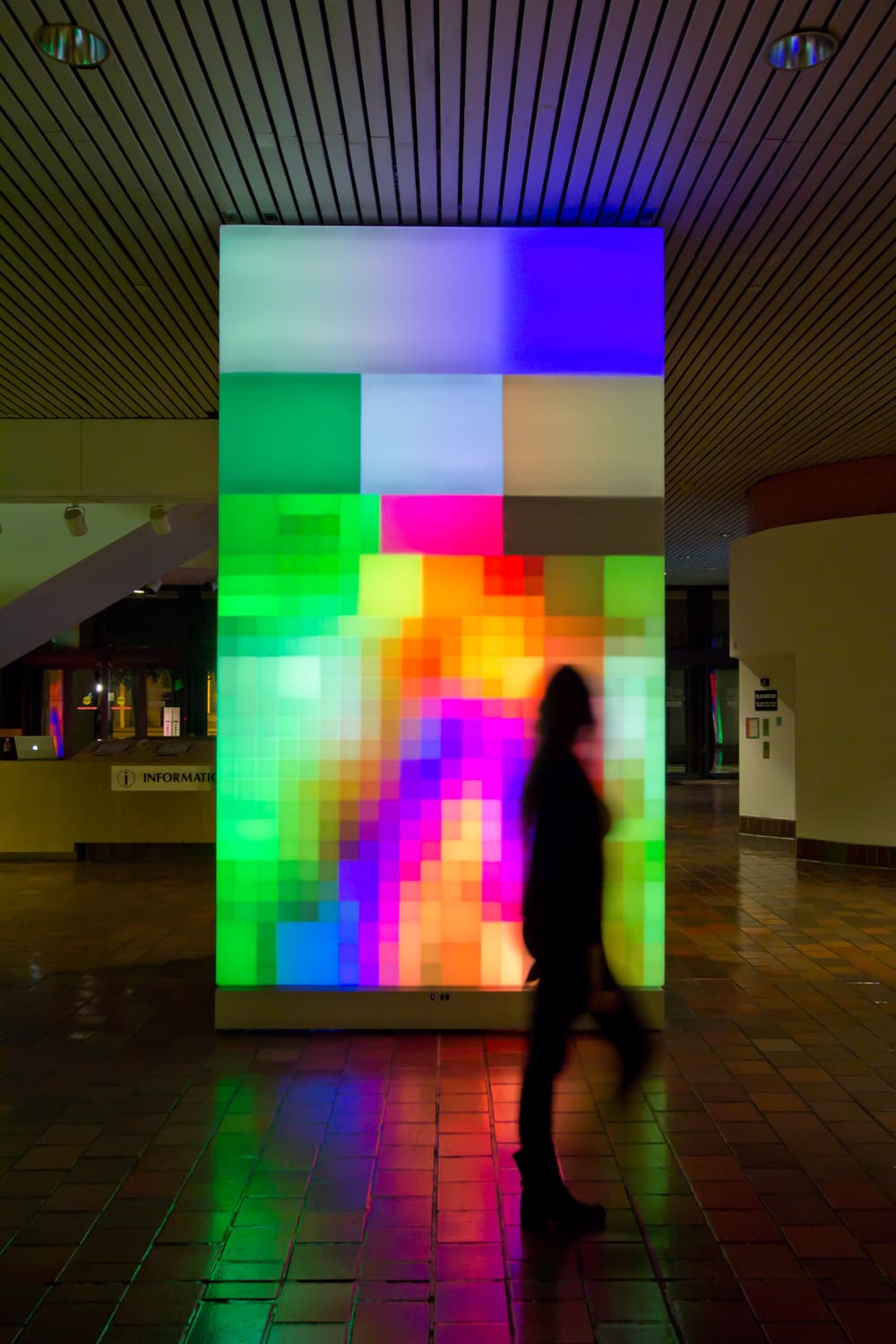 Ivan Toth Depeña’s light-based installation “Reflect” was permanently installed in the Stephen Clark Government Center Lobby in Miami in 2012. Commissioned by the Miami-Dade Art in Public Places initiative, the work illuminates the lobby space and encourages a sense of discovery in the visitors.

As a main stop in Miami’s MetroRail system, the space serves as a hub for commuters; incorporating the notion of daily circulation into his piece, Depeña uses sensors and light to focus on the communal nature and circulatory qualities of the lobby. The project engages the building’s visitors and references the idea of community through various means of reflection, group interactivity and high-tech playfulness.

The LED nodes have been individually programmed to be the anchor of the work’s responsiveness and interactivity. Passers-by have their images captured by several infrared cameras; the installation’s custom software then abstracts that image in real time, displaying this abstraction on the light covered columns. The resulting image creates an ethereal mirror that testifies to the participation of the audience and the activity of the space.