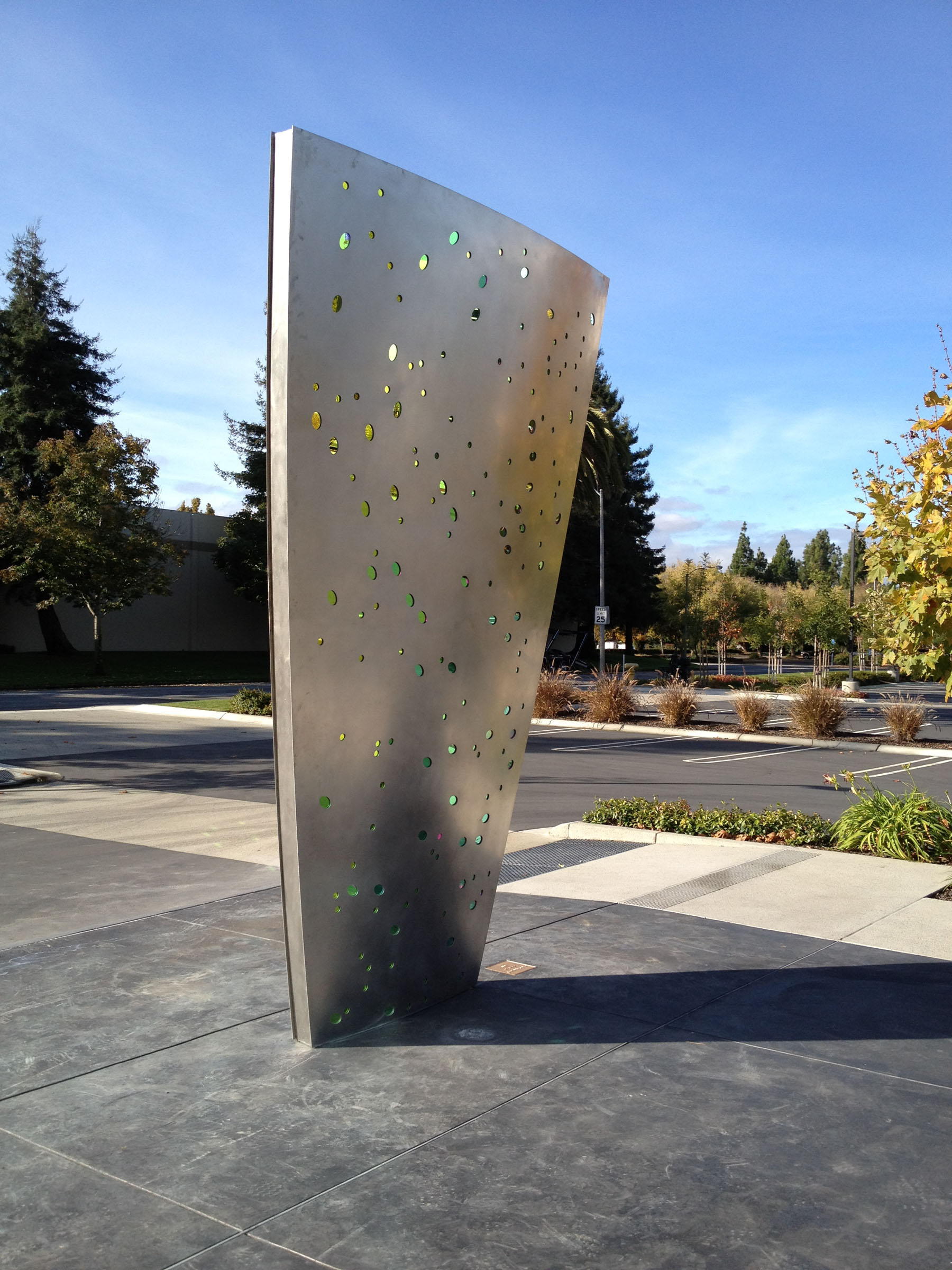 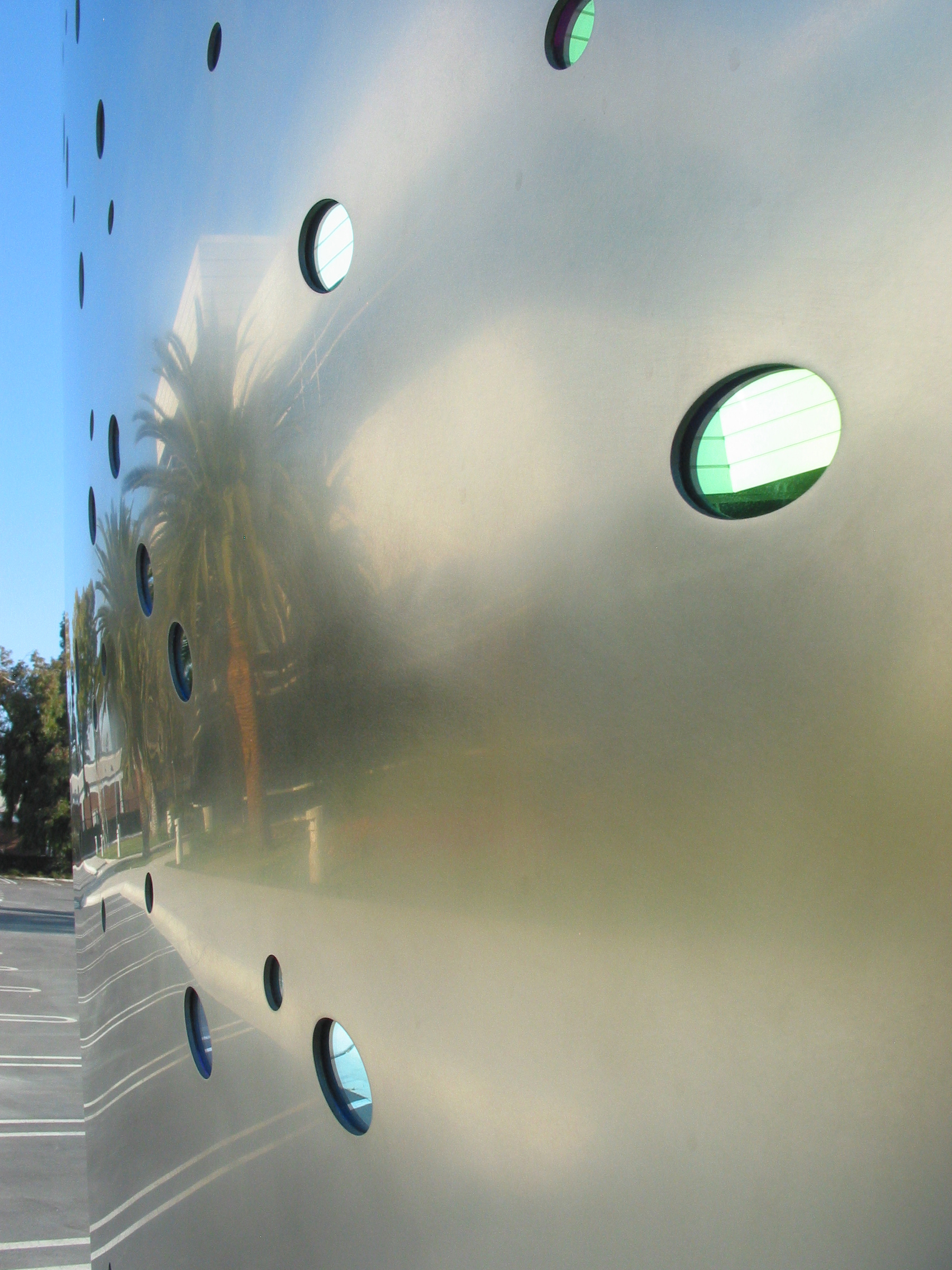 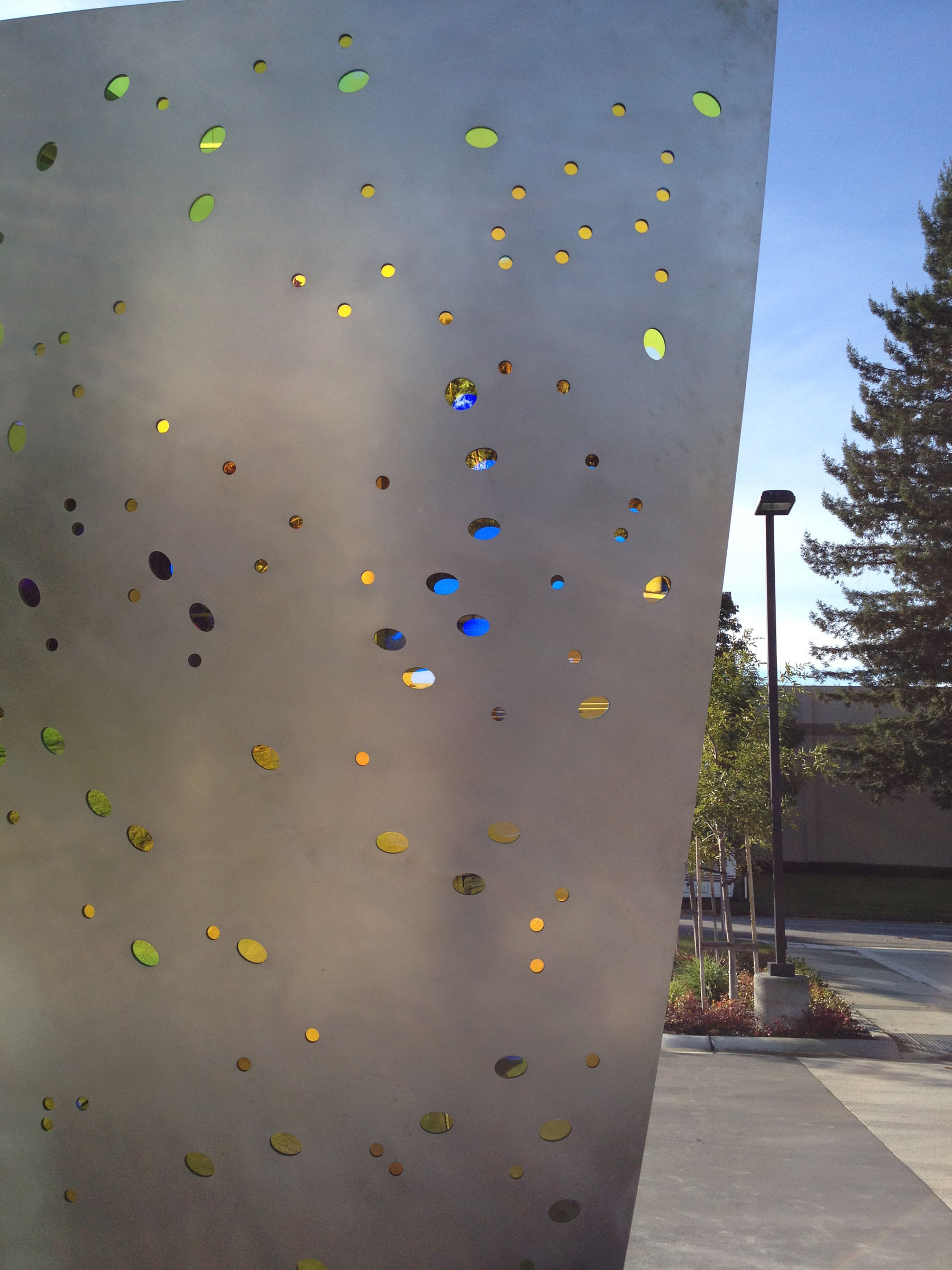 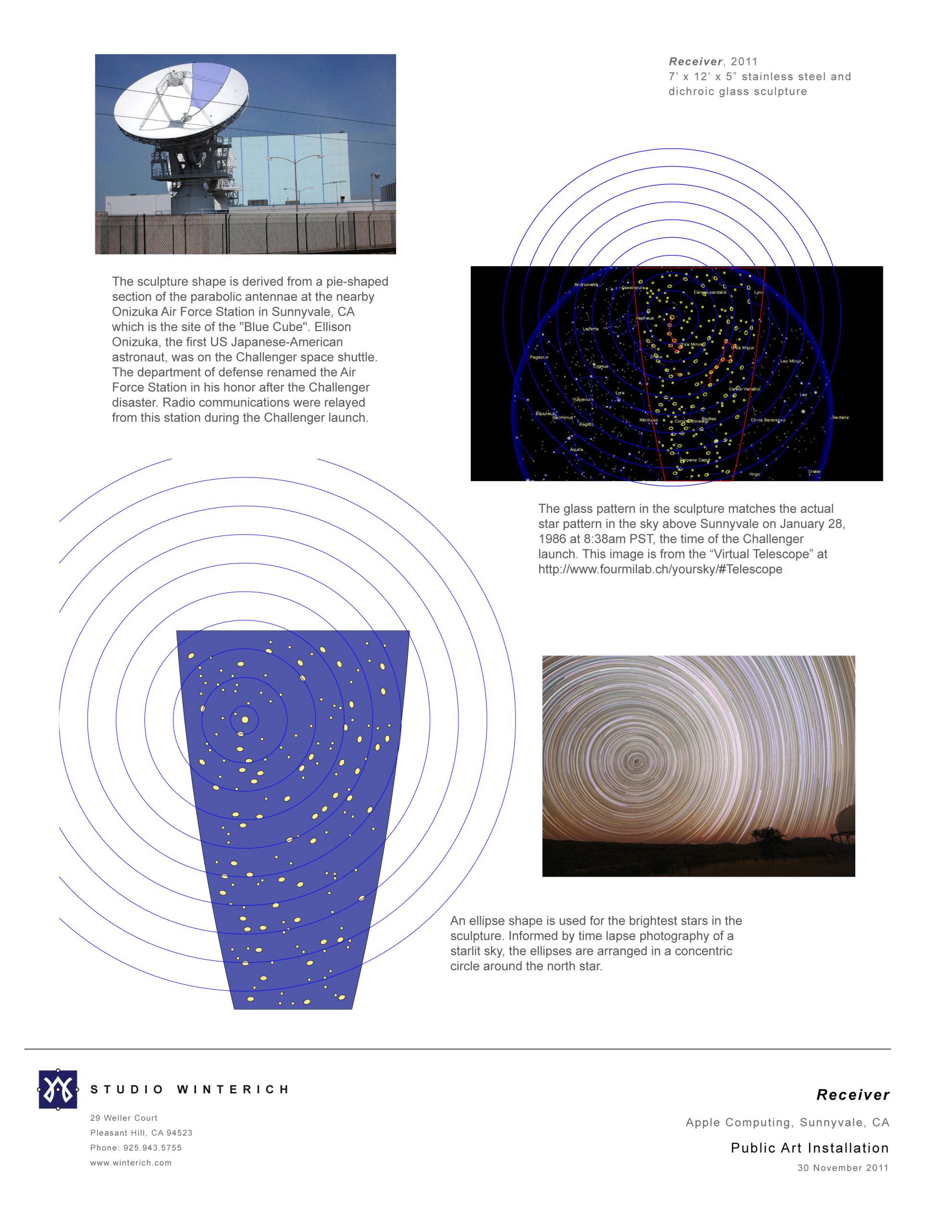 The sculpture shape is derived from a pie-shaped section of the parabolic antennae at the nearby Onizuka Air Force Station in Sunnyvale, CA which is the site of the "Blue Cube". The department of defense renamed the Air Force Station in honor of Ellison Onizuka, the first US Japanese-American astronaut, after the Challenger disaster. Radio communications were relayed from this station during the Challenger launch. The glass pattern in the sculpture matches the actual star pattern in the sky above Sunnyvale on January 28, 1986 at 8:38am PST, the time of the Challenger Launch.

The main goal in integrating the artwork with the architecture and site was to create a sculpture that served as a bright reflective counterpoint to the dark glass and white concrete used in the building in order to announce the entrance to project site. The sculpture was intended to be a stand-alone object against the backdrop of two buildings now occupied by Apple Computing. Without "Receiver" in its current location, the corporate campus would lack a focal point.

As in any good collaboration, the architect and owner allowed me the freedom to conceptualize the sculpture on my own. They specified the location for the sculpture and then reviewed several preliminary concepts. Based on their feedback and the strength of the concept, we proceeded with approvals from the city of Sunnyvale as this project was mandated as public art for a private development.

An ellipse shape represent the brightest stars found in the constellations above. The circular openings are located according to the position of less intensely light stars. Informed by time lapse photography of a starlit sky, the ellipses are arranged in a concentric circle around the north star. The north star is designated by a larger circle. Hand rubbed stainless steel and dichroic glass are the principal materials used in the sculpture. Measuring 12' tall x 6' wide x 5" deep, "Receiver" stands as an exclamation point at the entrance to the campus.