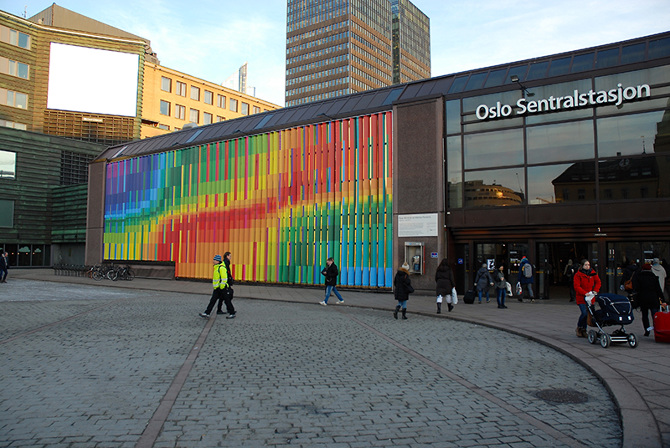 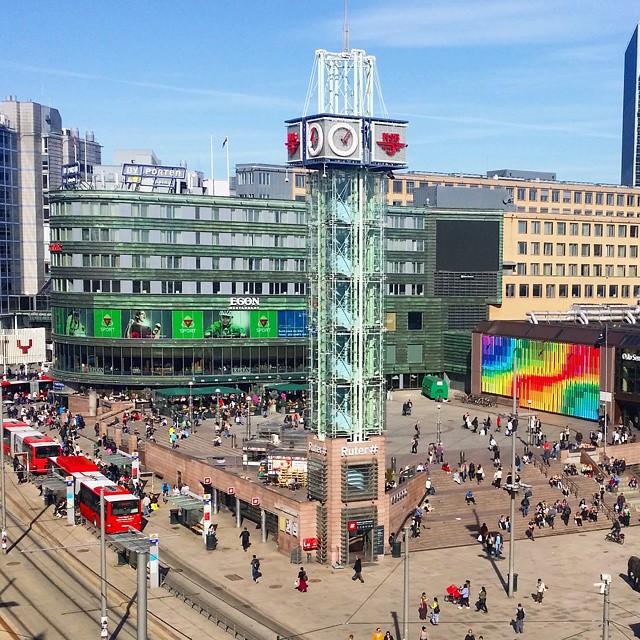 The title of the artwork “Rear Window” is inspired by Alfred Hitchcock film dated from 1954 with the same name, which explore the role of the viewer in the creative process, when showing that the spectators are not passive recipients, who merely accumulate images of the film, but engage in an important cognitive and affective activity in the course of attempting to understand the story.

I was very much interested in questioning what does the work of art initiate in its encounter with the viewer?

The project was developed in two months. Curated by Kulturbyrået Mesen for Rom for Kunst, the collaborative process was a great experience for future projects. The curatorial team also worked as producers of the art project, taking me in contact with possible suppliers that could materialize my ideas. It was the first time we had a three-dimensional project on the facade of Oslo Central Station, and it brought as some challenges due Norwegian weather and limitations of the architectural structure, but in the end the result speaks by itself.