Reach For The Sky - CODAworx 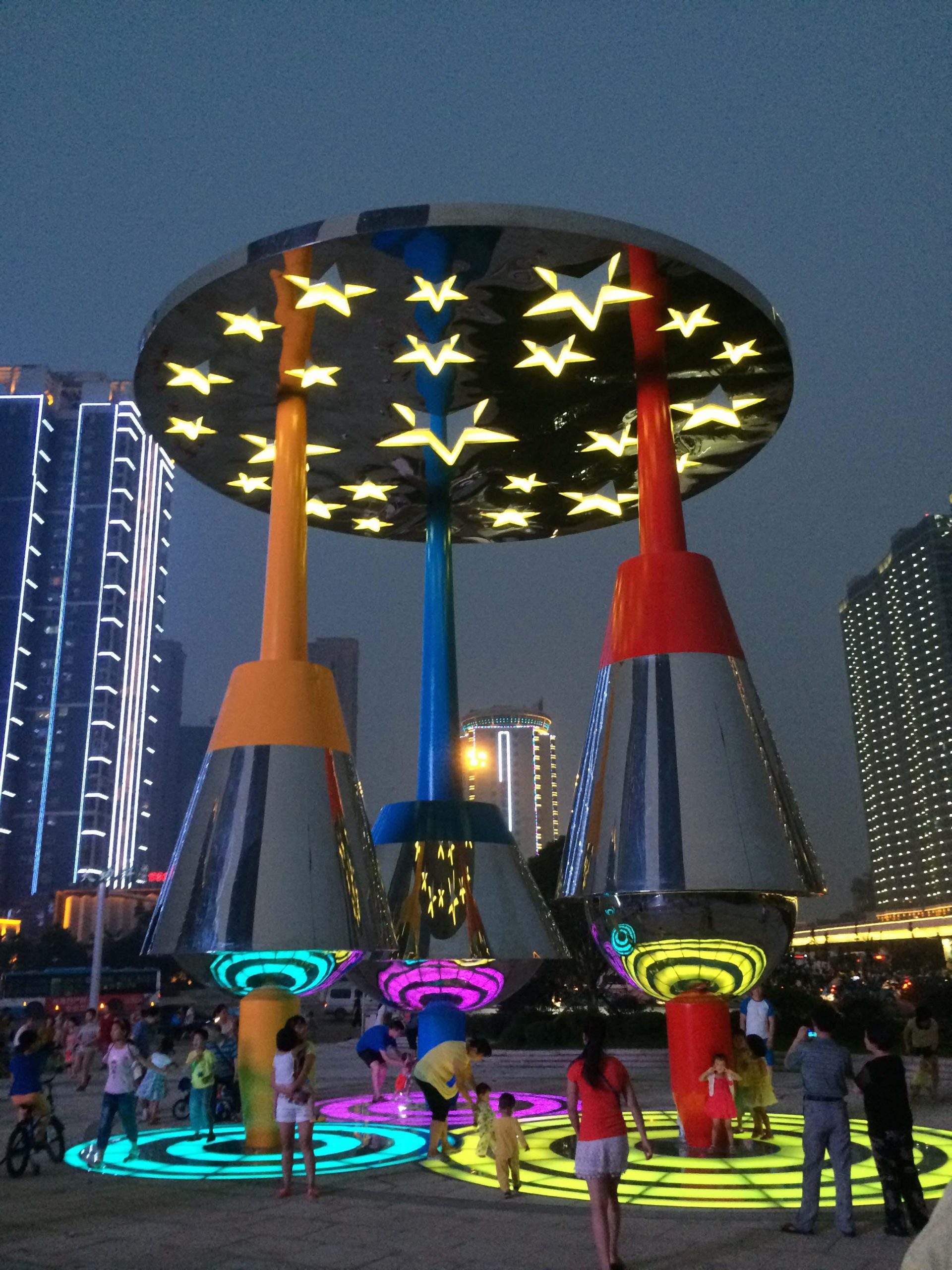 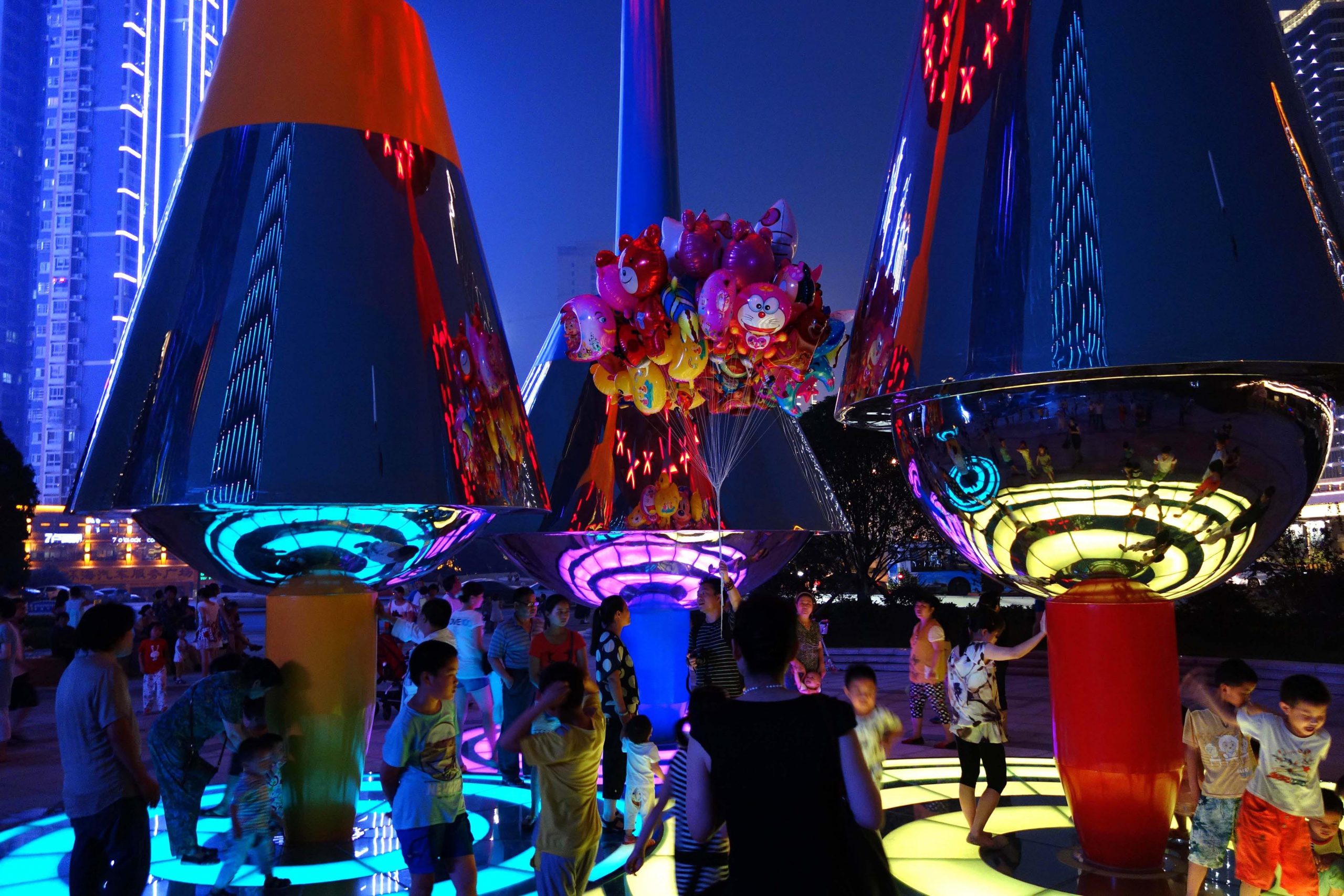 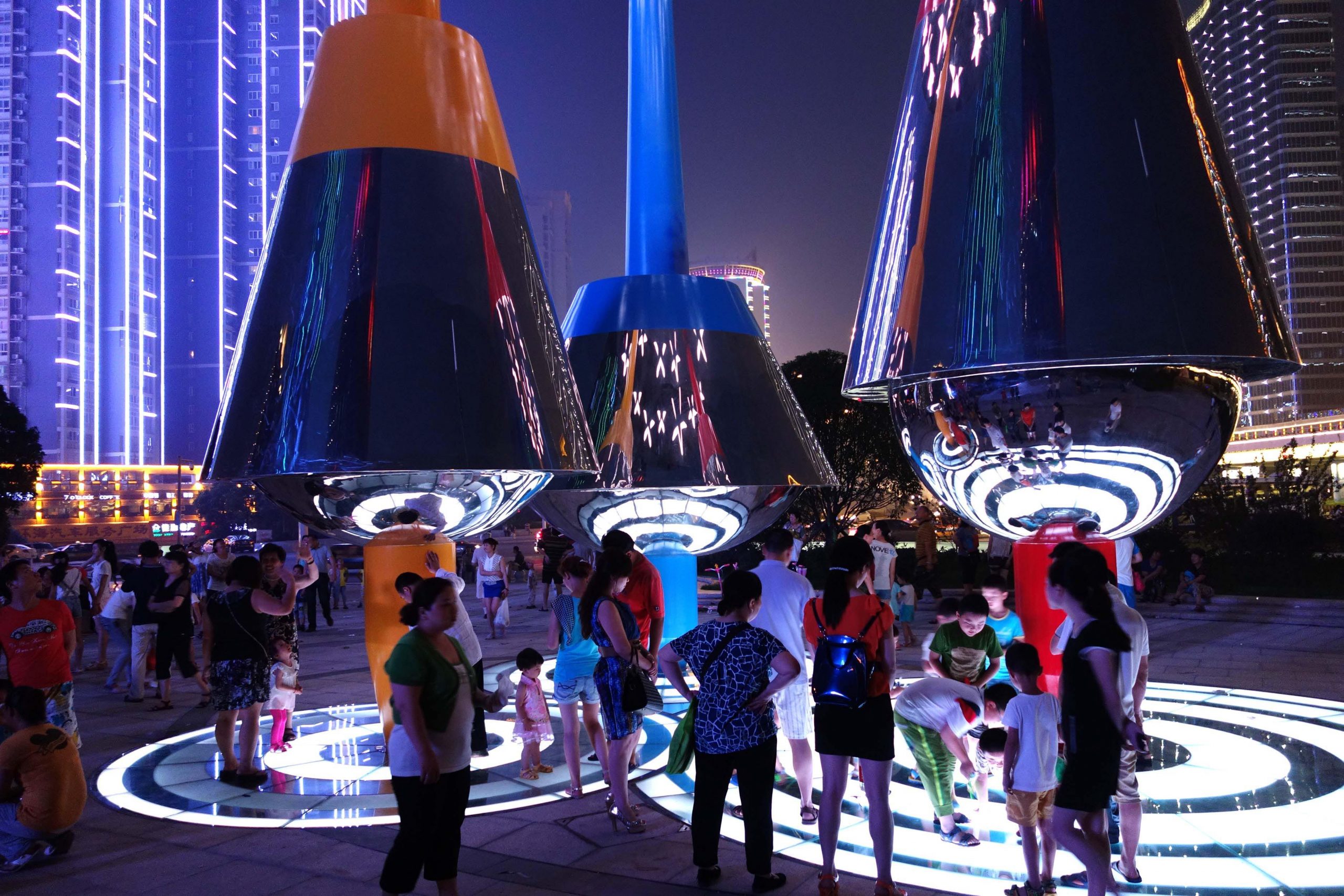 Polished stainless steel, paint, glass and computerized LED light activated by pressure plates. The glass floor is made up of three concentric circles of light and colour, which reflect, pulsate and radiate outwardly and independently of each other at differing times, rather like fishing floats bobbing in the water. The top circular disk has stars of varying sizes cut out of it which are also lit with programed, computerized LED lights that go on and off at different times, suggesting the twinkling of a night sky.

The idea came from researching what the City of Changsha is noted for. I used two of these items, fishing and industry, as a vehicle to imply many other things that represent the city such as prosperity, modernity, progress, contemporary design and technology. The conical forms allude to both the cotton and manufacturing industry as well as ocean buoys and floats associated with the fishing industry. The sculpture has an impact as a colorful icon from a distance reflecting the surroundings while simultaneously inviting the viewer to interact with the sculpture by not only walking around it, but also literally through it in a playful way. The light shinning from above through the disk and onto the cone shapes and ground creates a magical playful quality. It is like being at the bottom of the ocean looking up towards the sky. The conical forms are simple and architectural, thus allowing the light and shadows from above to create complexity and the polished stainless steel forms not only fragment each other, but also the viewer and the surroundings giving a surreal and playful atmosphere.

This was a project commissioned by the Chinese Government with whom I worked alongside engineers, architects and project managers. This was a joint effort where multiple parties offered input and worked together to create a project that everyone was happy with.