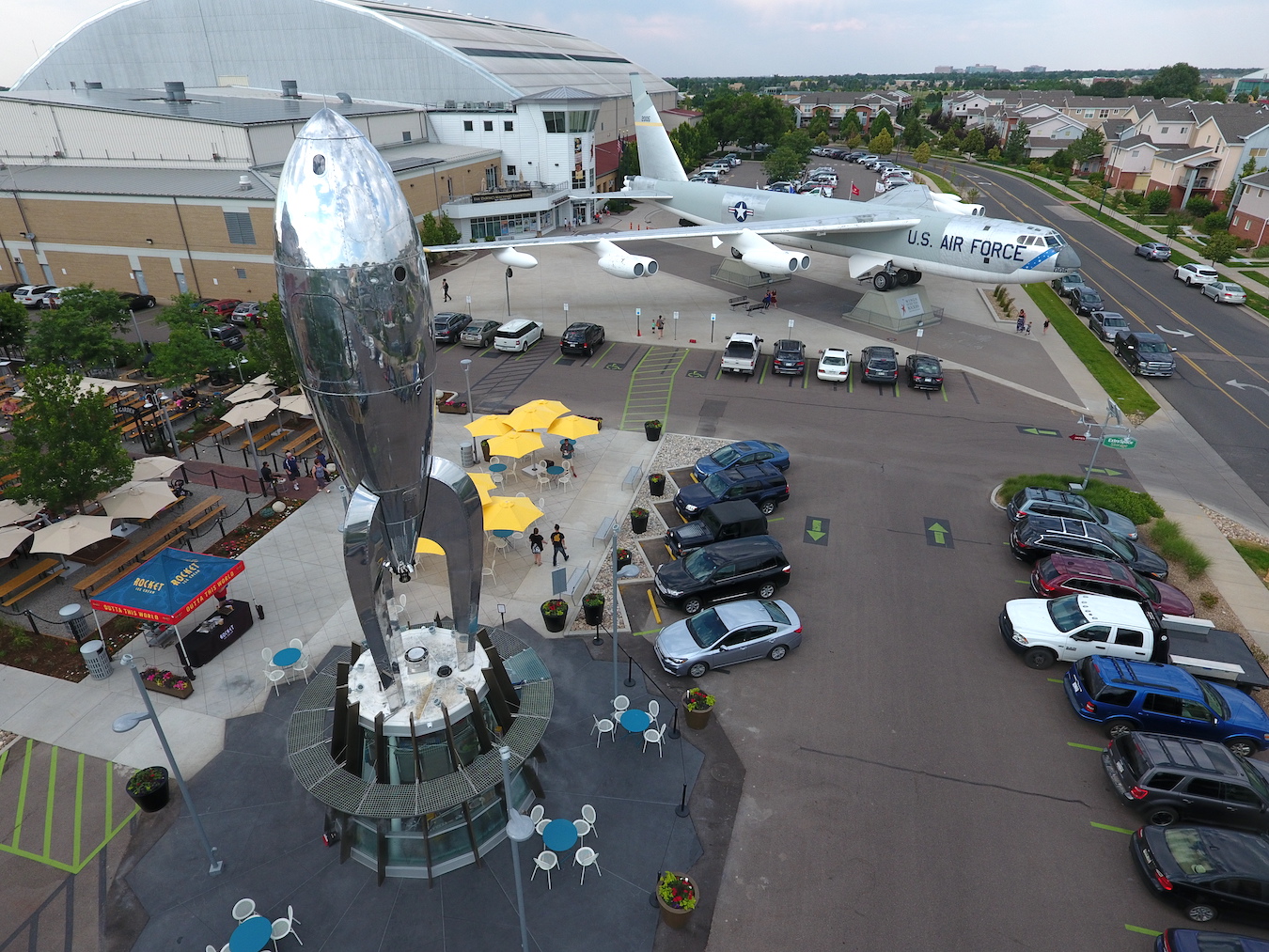 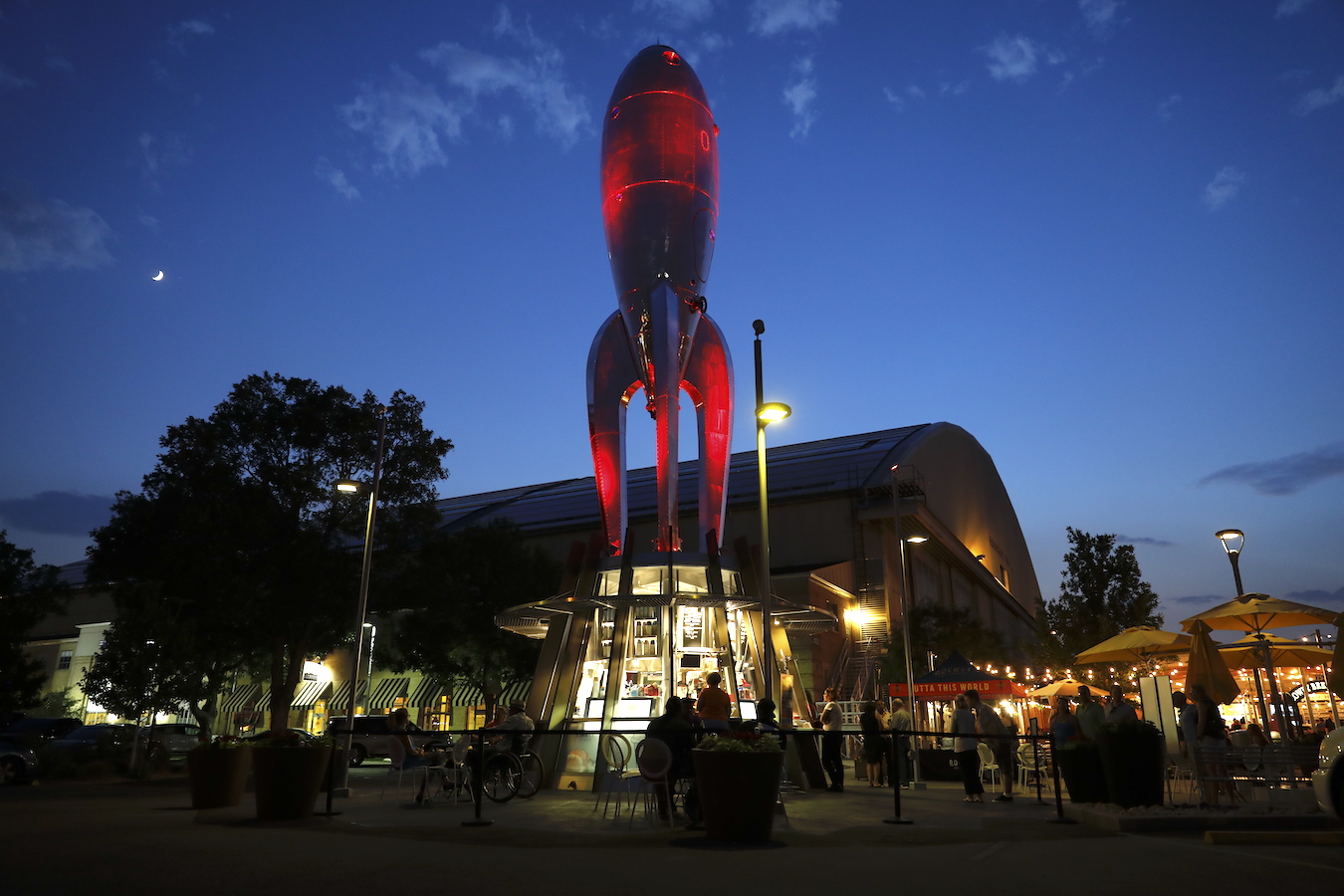 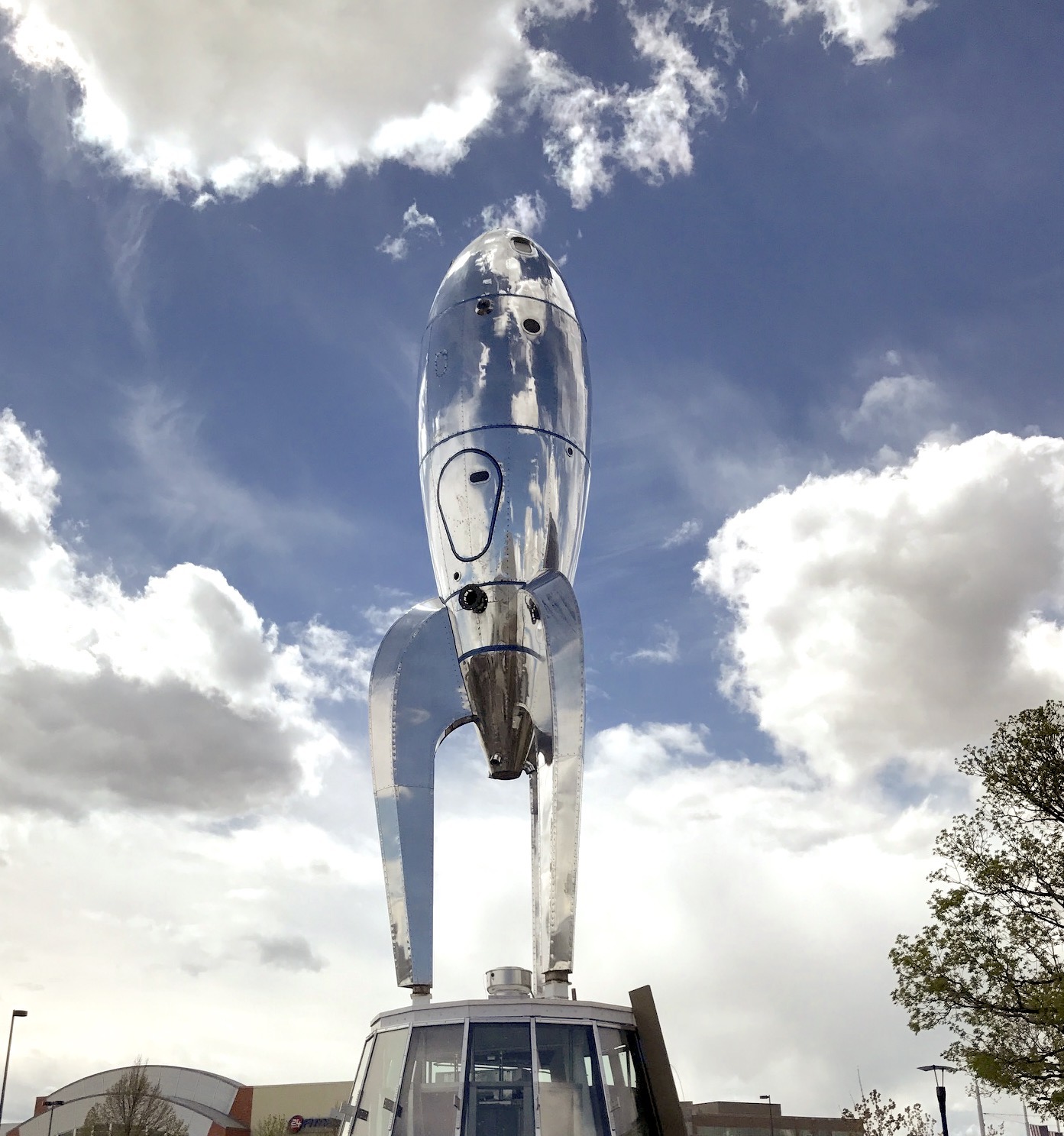 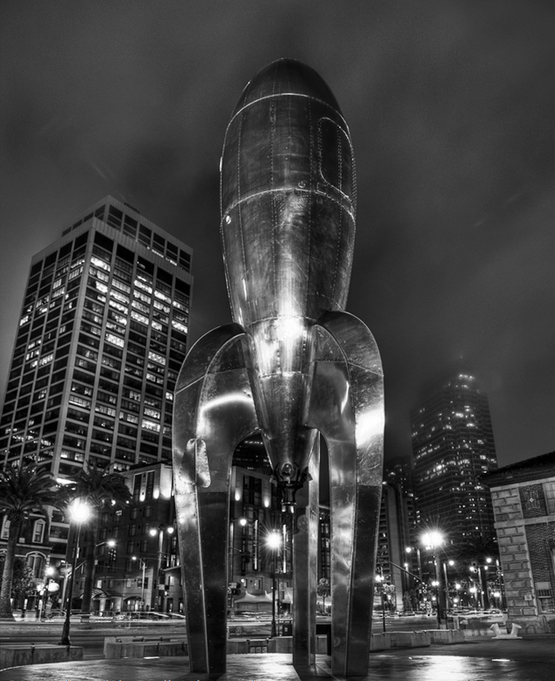 Five Ton Crane art group’s Raygun Gothic Rocketship was spearheaded by Lead Artists Sean Orlando, Nathaniel Taylor, and David Shulman. This gleaming, retro-futuristic beacon sculpture was installed from 2010-2013 at Pier 14 on San Francisco’s Embarcadero waterfront, during which time it was featured in publications such as Wired, Popular Mechanics, and the Wall Street Journal. In 2017 the piece was refurbished and permanently installed at the Wings Over the Rockies Air & Space Museum in Denver.

In refurbishing this piece for installation at The Wings Over the Rockies Air & Space Museum the focus was on matching the scale and surfaces of the large air- and spacecraft displayed at the museum, while reflecting back these forms in a playful and imaginative way. To this end, we designed lighting and surface treatments that maximize the perception of the abstract rocket ship form and illuminated the piece to emphasize its scale and Space-Age aesthetics.