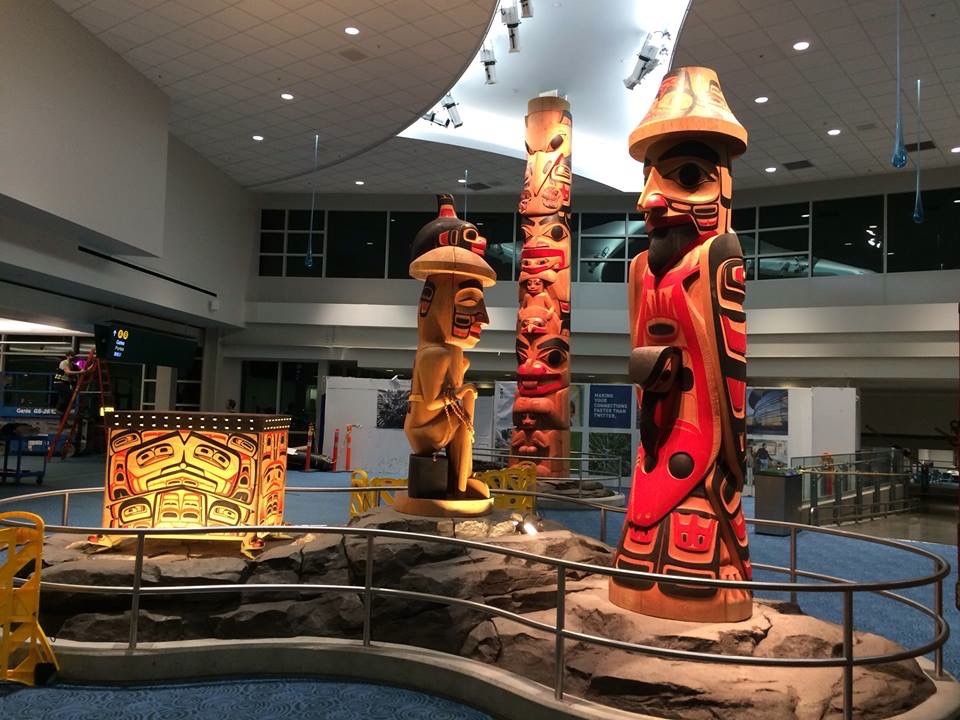 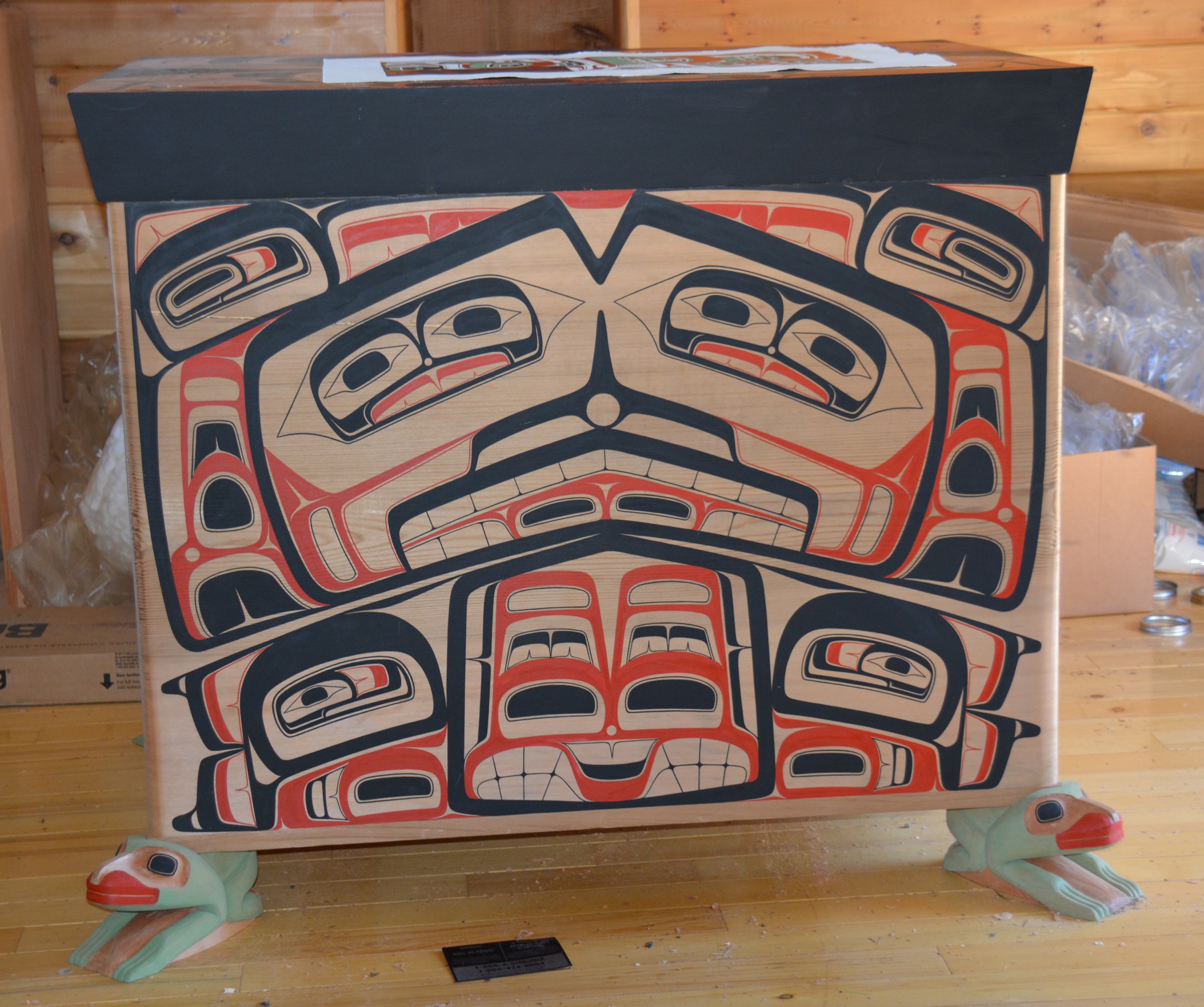 Four sculptures made from western red cedar where created with the largest pole, Raven Stealing the Beaver Lake a 24-foot totem illustrating an episode in the Haida creation myth; the Blind Halibut Fisherman a 11-foot totem and Raven with the Broken Beak a 13-foot totem tell a story of Raven in an ill attempted prank on the old fisherman. An ancient (replica) bentwood box was included as Raven used the bentwood box to store his precious things as boxes were traditionally used to store ceremonial regalia and other precious objects by the Haida.

The sculptures were inspired by Haida myths which aligns with the Vancouver International Airport's (YVR) vision and award-winning thematic art and architecture that draws on the themes of land, sea and sky.

Reg originally submitted a proposal of a single sculpture for different area in Vancouver's International Airport. Although his vision wasn't chosen for the area at the time he was contacted by the Rita Beiks and YVR staff the following year to create this collaboration for another space. Working closely with Rita, Reg created the four pieces telling stories of Raven and his interactions with humans, the land and sea.