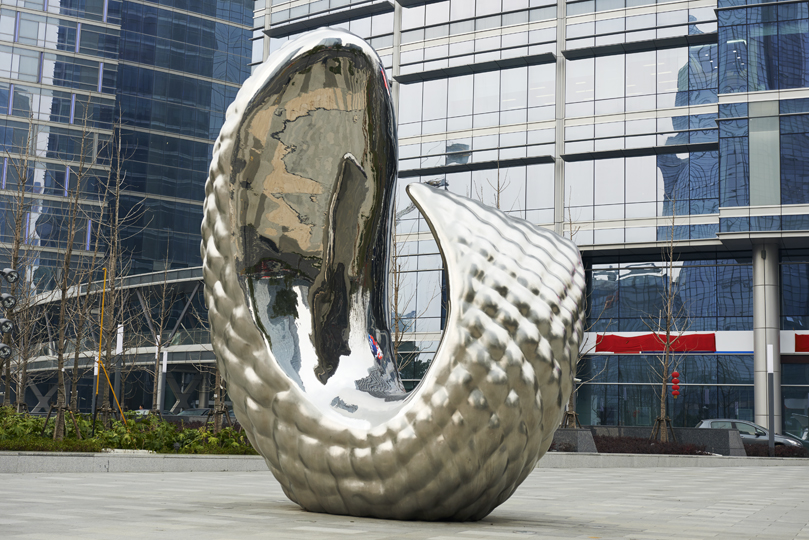 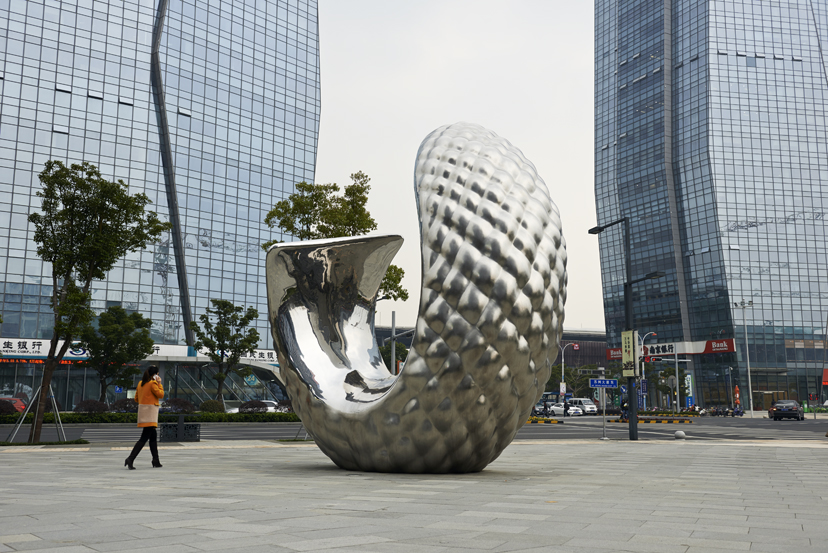 The city of Suzhou in Jiangsu province in eastern China is situated on the lower reaches of the Yangtze River and on the shores of the fresh water Lake Taihu, part of the Yangtze River Delta. I was asked by Urban Art Projects to develop a concept for the precinct in Suzhou. The artwork was to be located in the plaza area of the Hyatt Hotel. Hence the scale of the work had to have a presence on the site. The size of the work is 610 centimeters high by 330 centimeters deep by 470 centimeters wide.

My work is site-responsive and often intuitive and I feel it is important to reflect the sense of place when creating a public artwork for the region. My concept for this project has evolved from this significant landscape attribute – the lake. Water is life’s essential ingredient. It provides the population living around the lake with food, nourishment and recreation. The fish is also an important motif in Chinese mythology. The word for "fish", yu is a homophone for "abundance" and "affluence". (Eberhard, 1983: 106). There is a long tradition of the depiction of carp as a motif in Chinese culture and literature and Rapture was inspired by ancient Chinese images of carp. This abstracted sculptural form depicts a fish jumping. Carp are found predominantly in fresh water like Lake Taihu.

The collaborative process took place between the artwork consultants Urban Art Projects (UAP) and the client. I was commissioned by UAP to create a concept based around the brief they had developed with the client. Initially in my studio in Australia I undertook a number of rough drawings from which a small model was made then images taken and emailed to the renders at UAP. A 3-D render was completed and presented to the client. Once that was accepted fabrication began. I visited the fabrication workshop in Shanghai during the fabrication process. The work was installed in February 2014.

The leaping carp conveys notions of vitality, potential and abundance – apt symbolic attributes for this rich area of China. It is familiar yet unusual in its scale, form and presence. The stainless steel artwork is bold and contemporary in nature and the highly polished sections shimmer vibrantly in the sunlight reflecting its source and evoking its inspiration. Rapture is simultaneously iconic and symbolic and its appearance and prominence will act as a marker and way-finding device for visitors to the site. The feeling intended is that energy and abundance are present here.