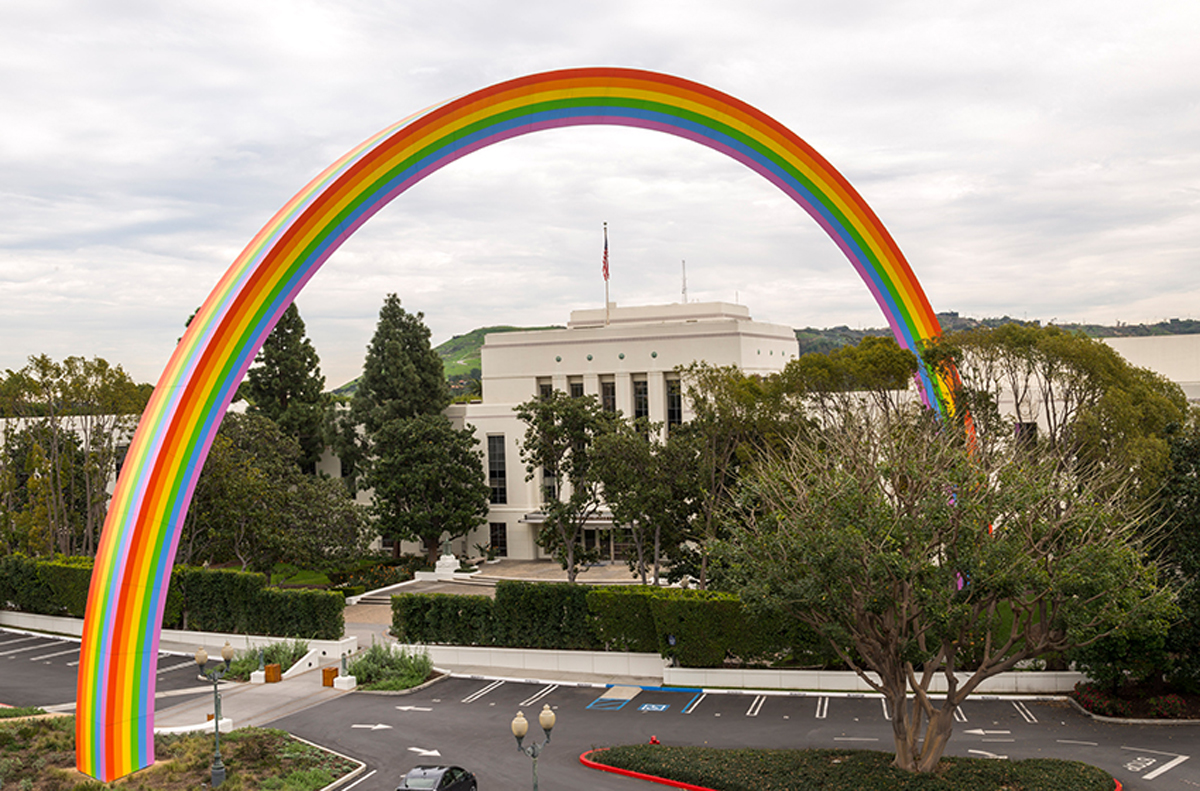 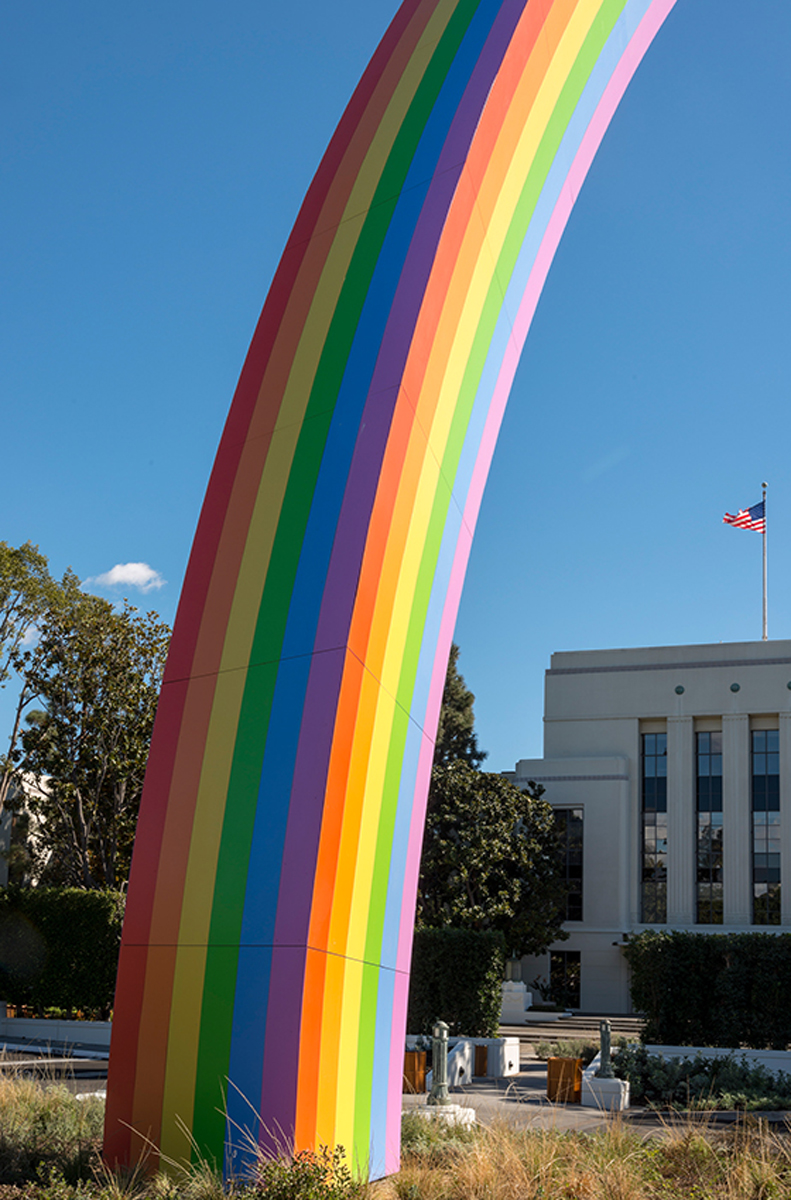 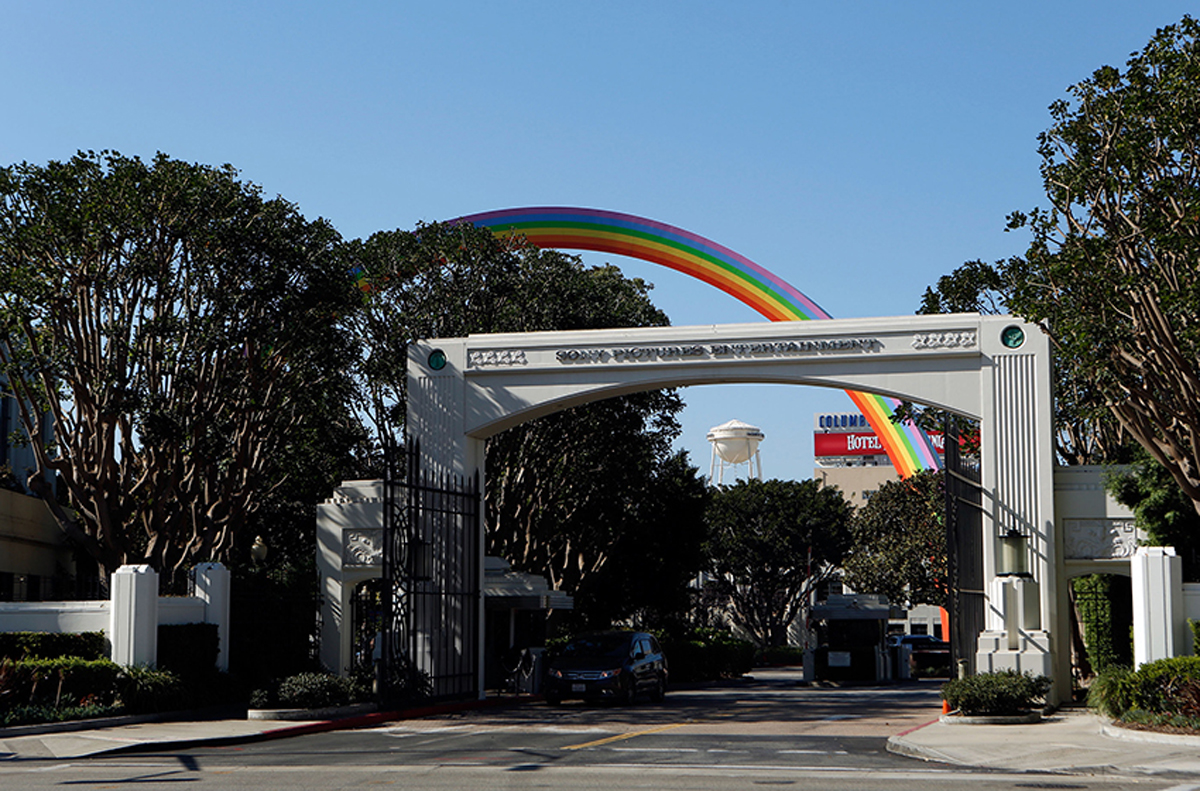 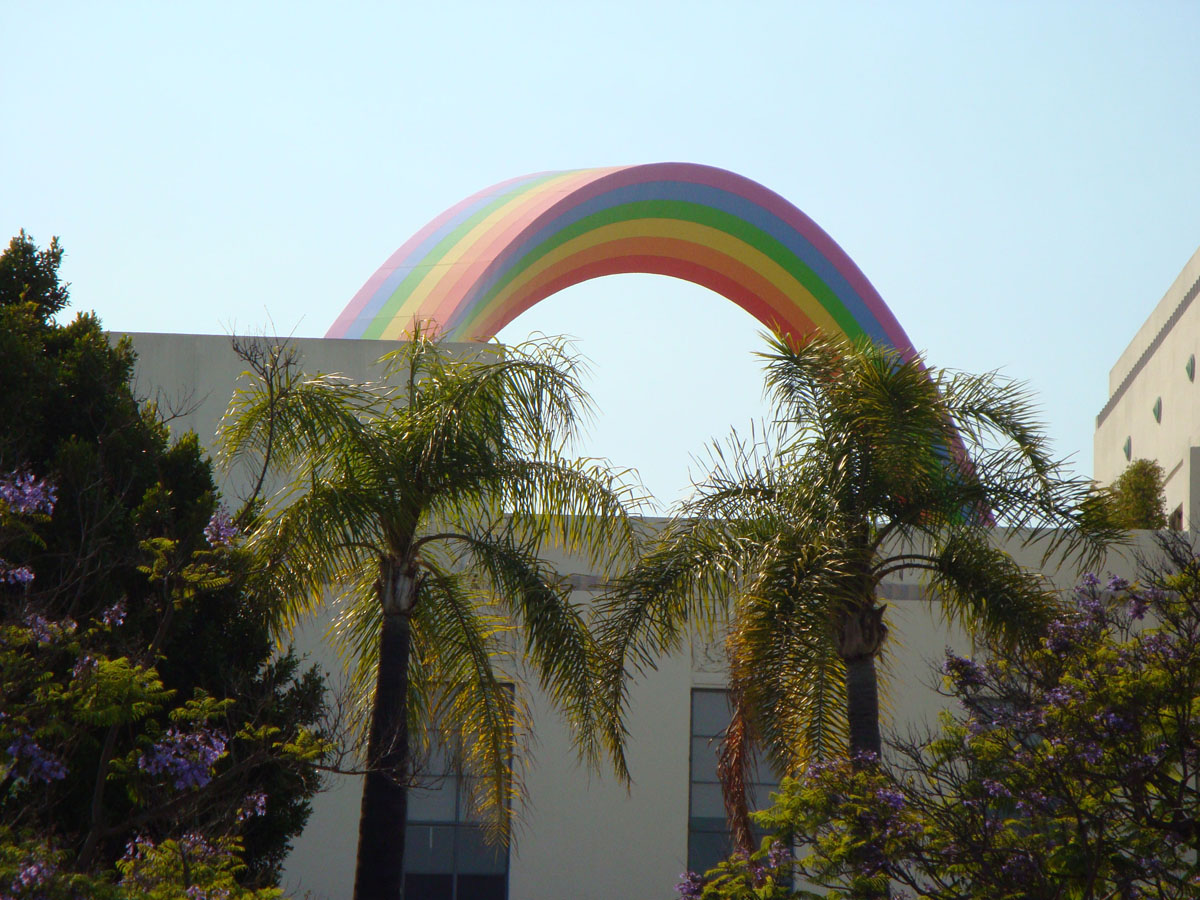 Rainbow by Tony Tasset rises 94 feet above Sony Pictures Studios in Culver City and is visible from vantage points as far away as several miles. Spanning 188' from end to end, the towering sculpture creates meaning and pleasure on multiple levels. Carefully engineered and designed to the challenge of making an object to represent an ephemeral phenomenon, the 100,000 pound steel truss is elegantly clad in an aluminum skin painted with spectrum of colors. Rainbow is a monumental permanent sculpture, but its subject matter is the illusive and transitory nature of light and space.

Rainbow was commissioned by Sony Pictures Entertainment in accordance with the City of Culver City’s Art in Public Places Program requirement. The 1% for Art requirement related to the studio’s construction project of two office buildings and a parking structure, which opened in 2009 and were awarded with LEED Gold Certification by the U.S. Green Building Council. For the concept of “Rainbow,” Tasset was inspired by multiple factors including rainbows as a symbol for imagination and optimism. The work references “The Wizard of Oz” film, which was shot on the former MGM lot (now Sony Pictures Studios) in Culver City in the late 1930s. In addition to Rainbow saluting the specific history of its immediate location, it also addresses another heralded facet of Los Angeles’ cultural life, the “Light and Space” movement first articulated in Los Angeles in the 1960s.

Working closely with Culver City’s Community Redevelopment and Cultural Affairs staff on the approval processes, and with guidance from public art consultant Marc Pally, Sony Pictures Entertainment commissioned artist Tony Tasset to create a piece of work that would affirm the studio’s commitment to the city and celebrate the incredible history of entertainment, Culver City and the studio lot. Design and development of Rainbow began in June 2011 with art fabricator Carlson Arts, LLC. Fabrication of the steel truss and the cladding and painting of the panels took place at vendor sites nearby. Truss sections were assembled at the studio lot and lifted into place as one piece. Rainbow was unveiled in October 2012.