The Definition of Possible - CODAworx 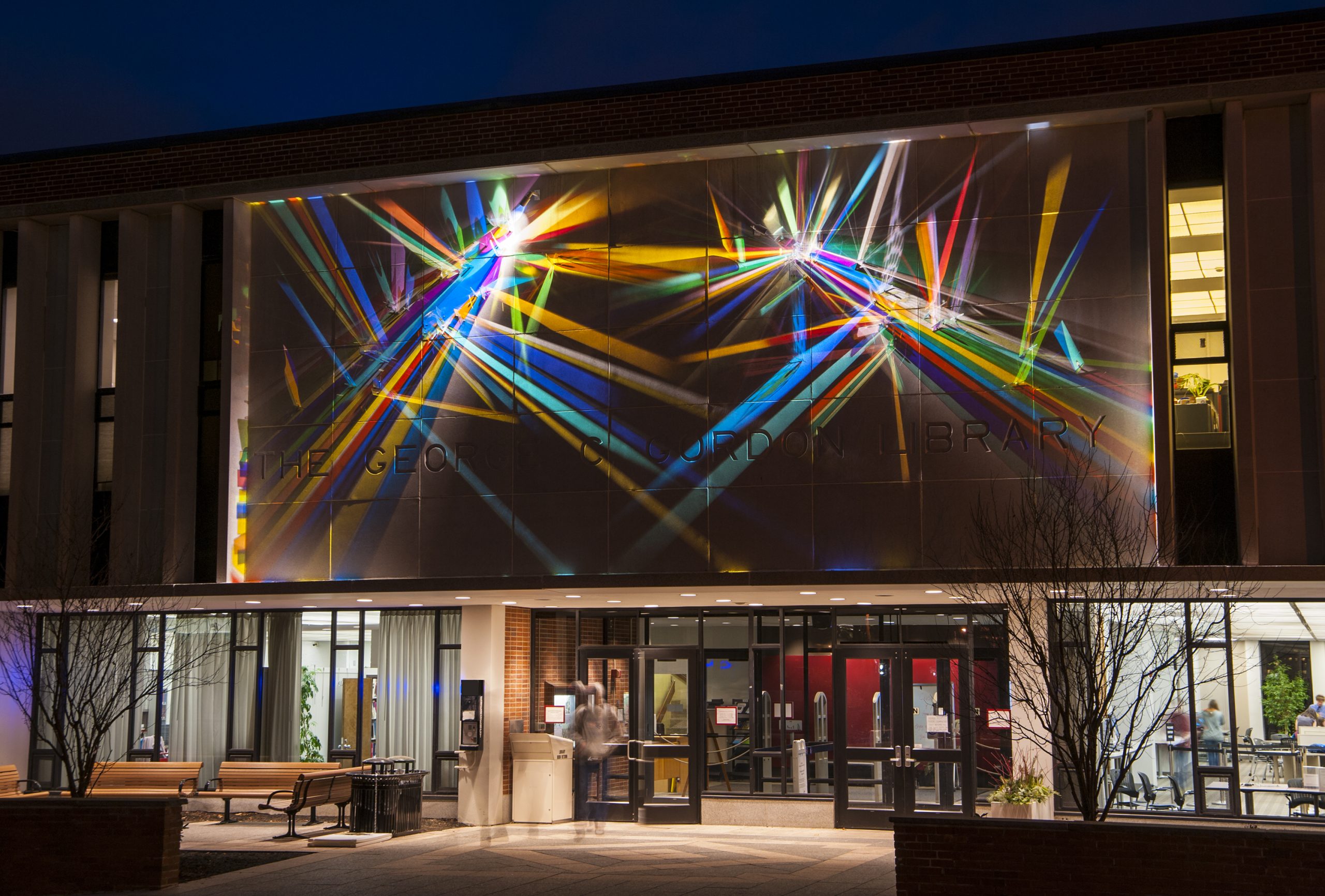 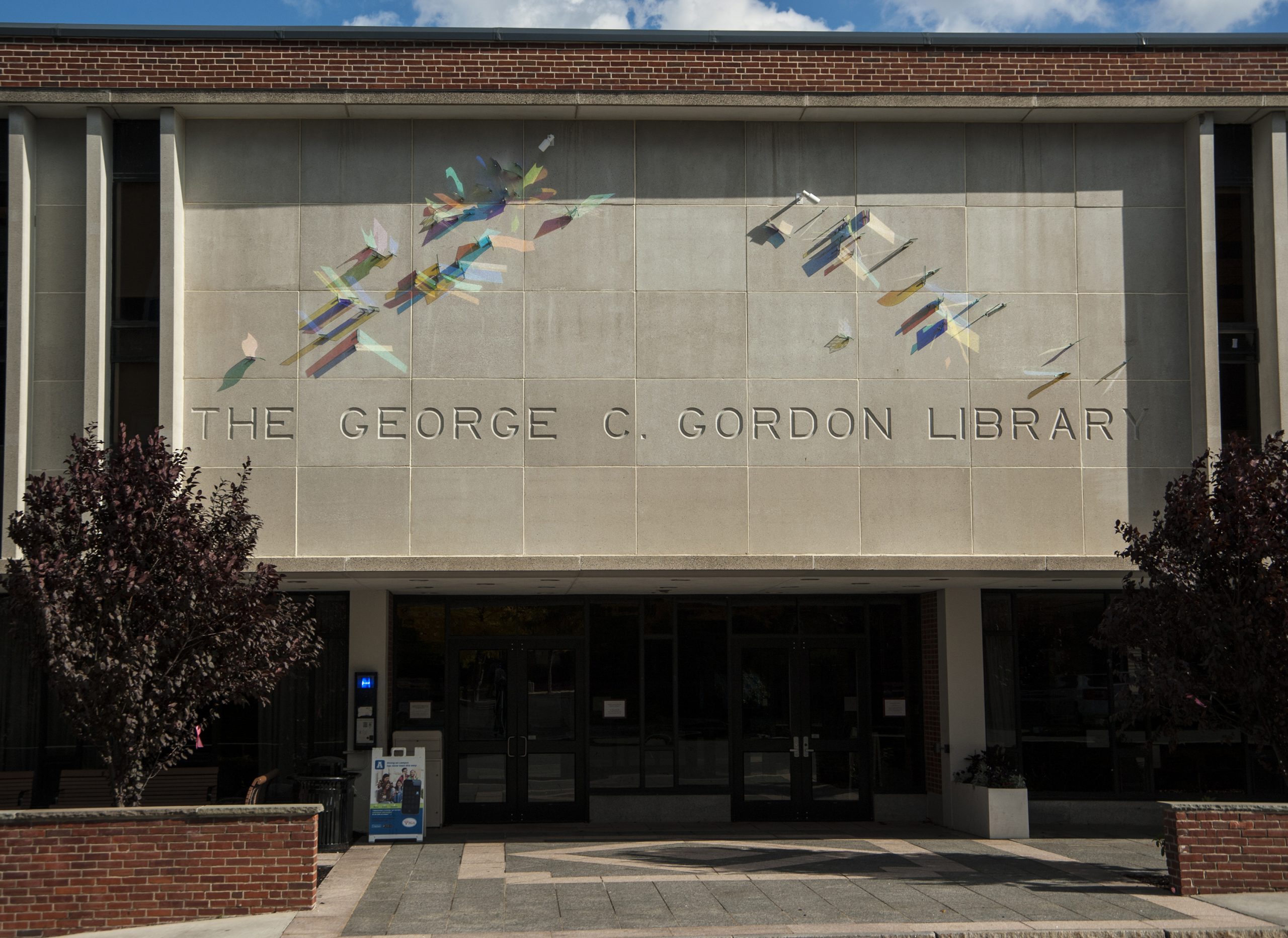 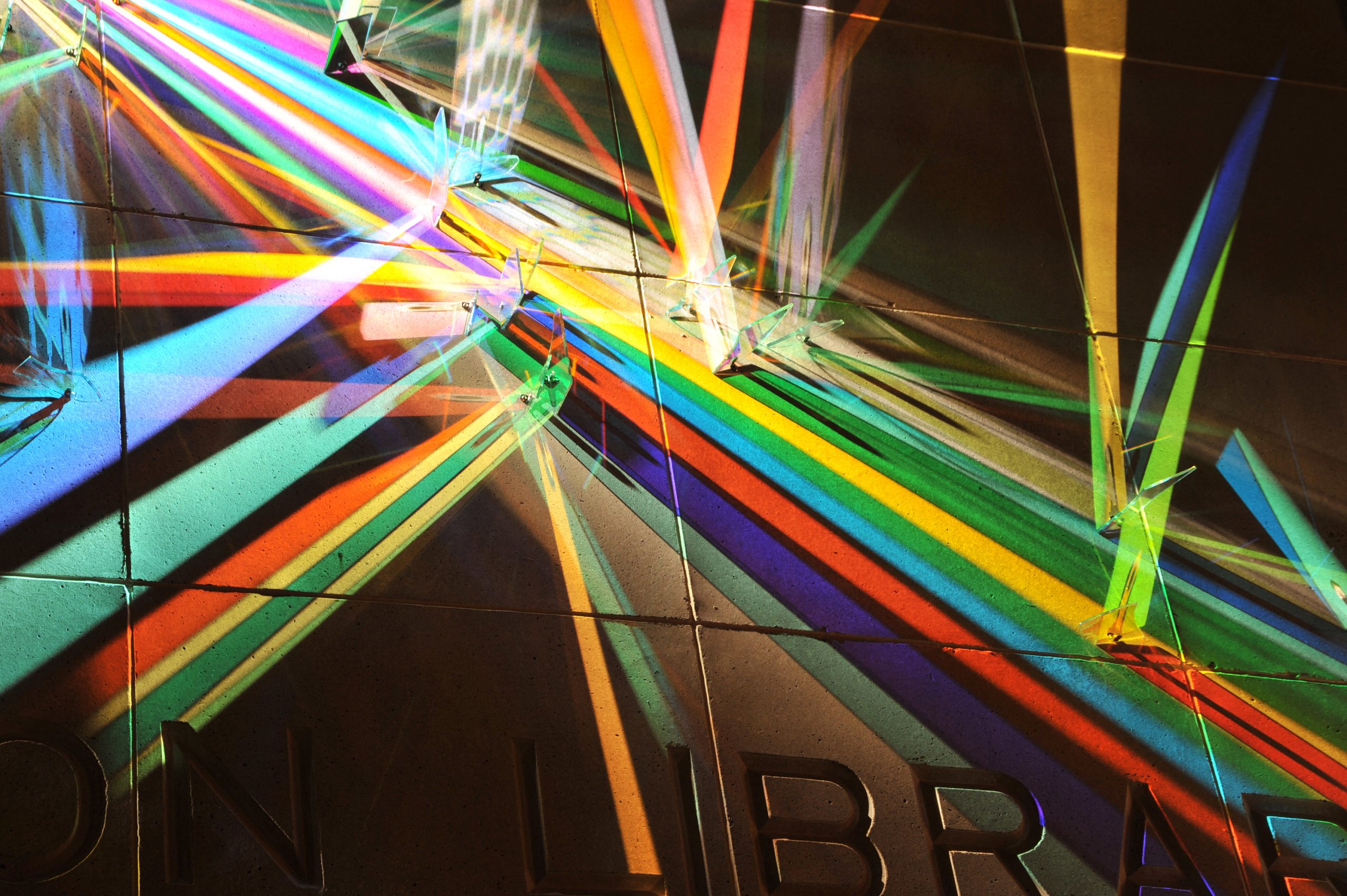 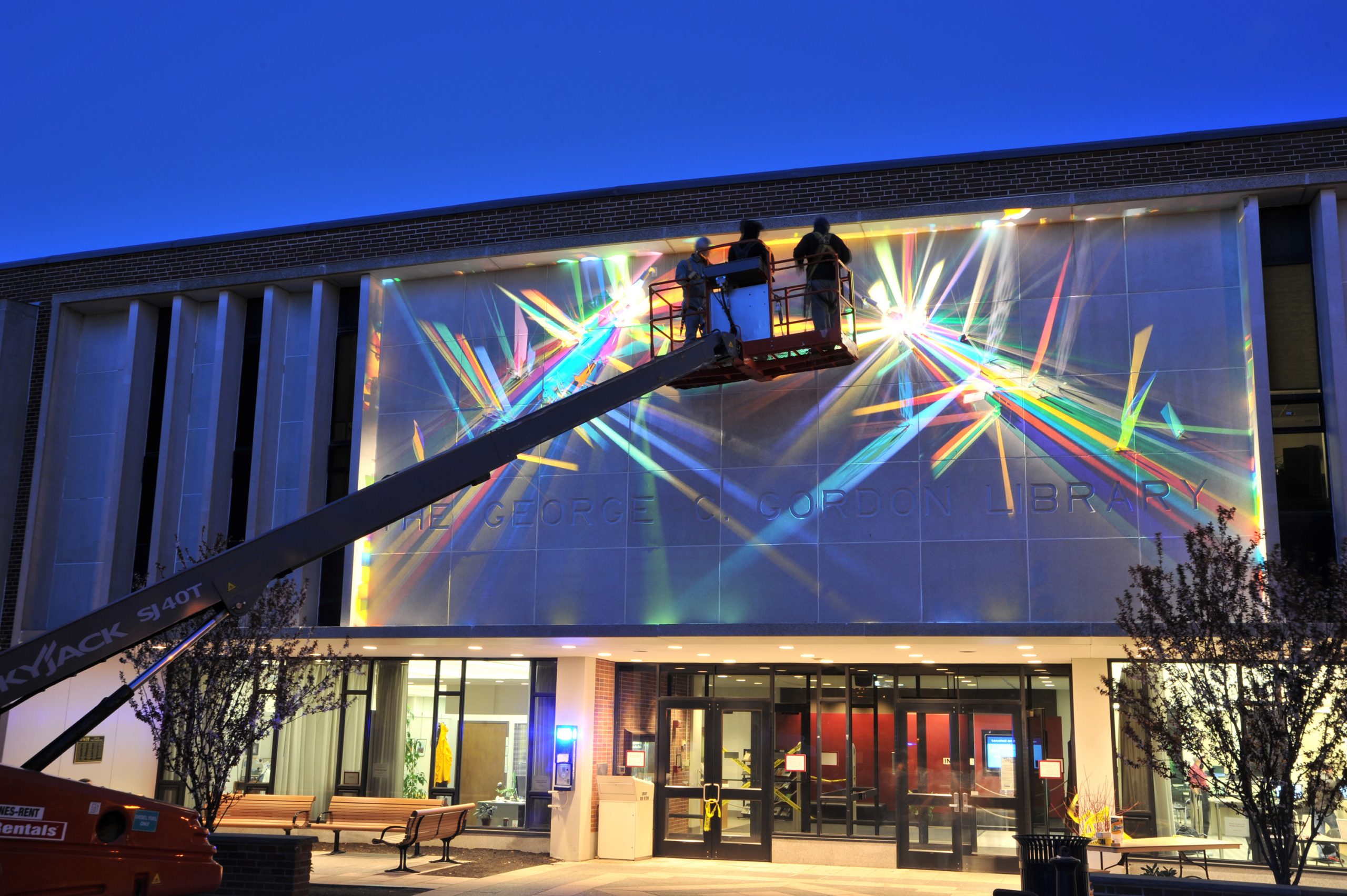 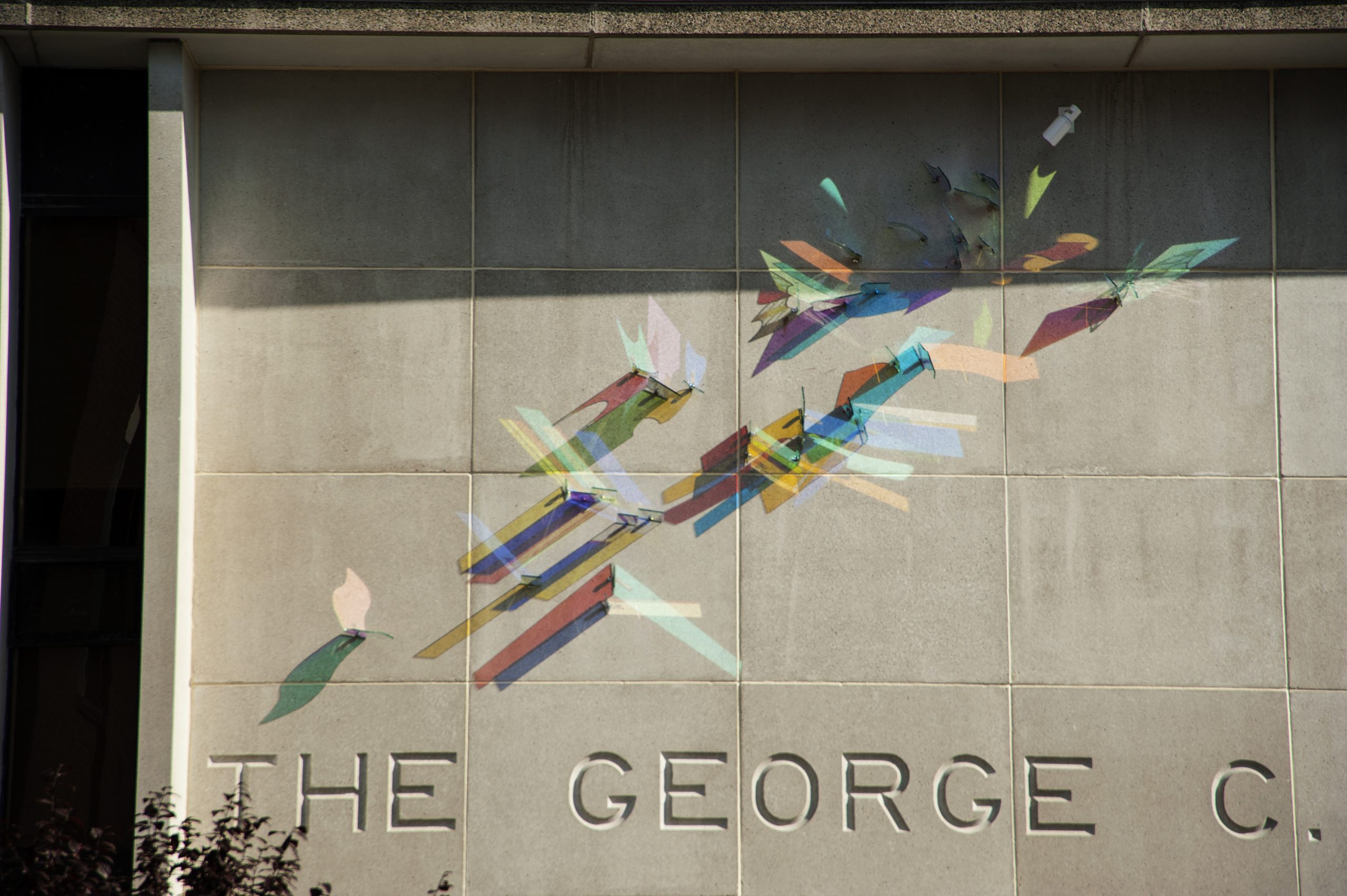 “The Definition of Possible” is a 16’ x 37’ x 1’ lightpainting, a medium created by Stephen Knapp. Called one of the first new art mediums of the twenty-first century, Knapp’s lightpaintings are created with light, glass and stainless steel and exist at the intersection of painting, sculpture and technology. Knapp harnesses light, directing it through an intricate network of shaped and polished dichroic glass and other types of coated safety glass to create complex abstractions.

Worcester Polytechnic Institute (WPI) is known as a top flight engineering school with an emphasis on projects that go well beyond course work. Innovation is at the heart of much of what they do and a decision was made to commission a piece of art that would be a symbol of the innovation that happens on campus. They were looking for something that would be the definition of the marriage of art, technology and science. Initially planned as a commissioned work for a major new building it soon became apparent that integrating it into the campus itself, rather than a specific building, was more important.

It was to become a destination on campus as well as a symbol and to signify the importance of the building and location on campus. WPI has done a lot with energy efficiency, both academically and in their buildings, and the artwork had to be a part of that.

The initial collaboration was with the architect of the new building on campus, with a lot of time looking at locations and uses and surfaces, before it was determined that the campus itself should be the location. Once that determination had been made the next meetings were with committee members and staff, looking at locations and discussing size, scale, and existing lighting. The final collaboration was with the assistant vice-president to review not only existing buildings but go over the master plan, looking at projected traffic patterns well into the future. Doing so allowed us to look beyond the main quad on campus to the Gordon Library, which was at the other side of the campus. The main façade had been crying out for some treatment and it was determined that a lightpainting would emphasize the importance of the library. The orientation of the building would also allow the work to have a presence in daylight, as the sun would pass through the glass, creating ever-changing shapes.

It has become a destination on campus, with neighbors, students faculty and staff bringing other visitors to see it.