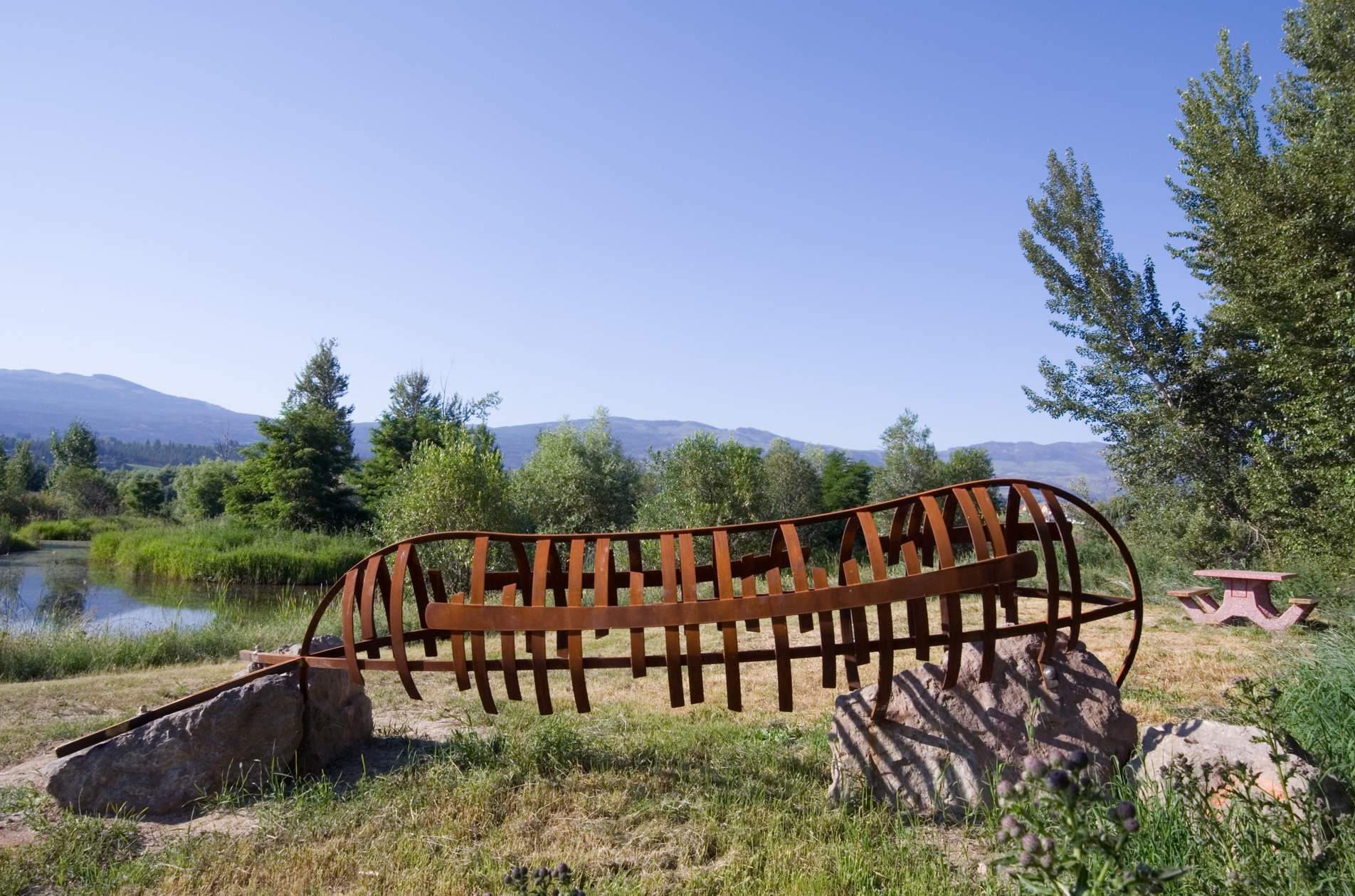 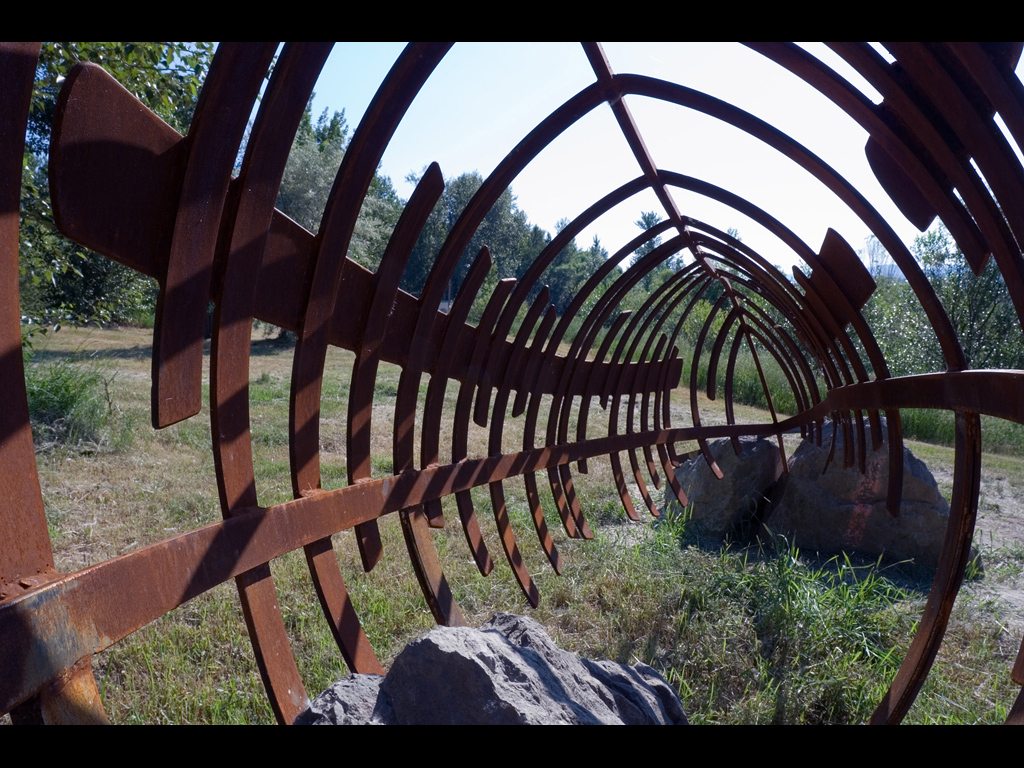 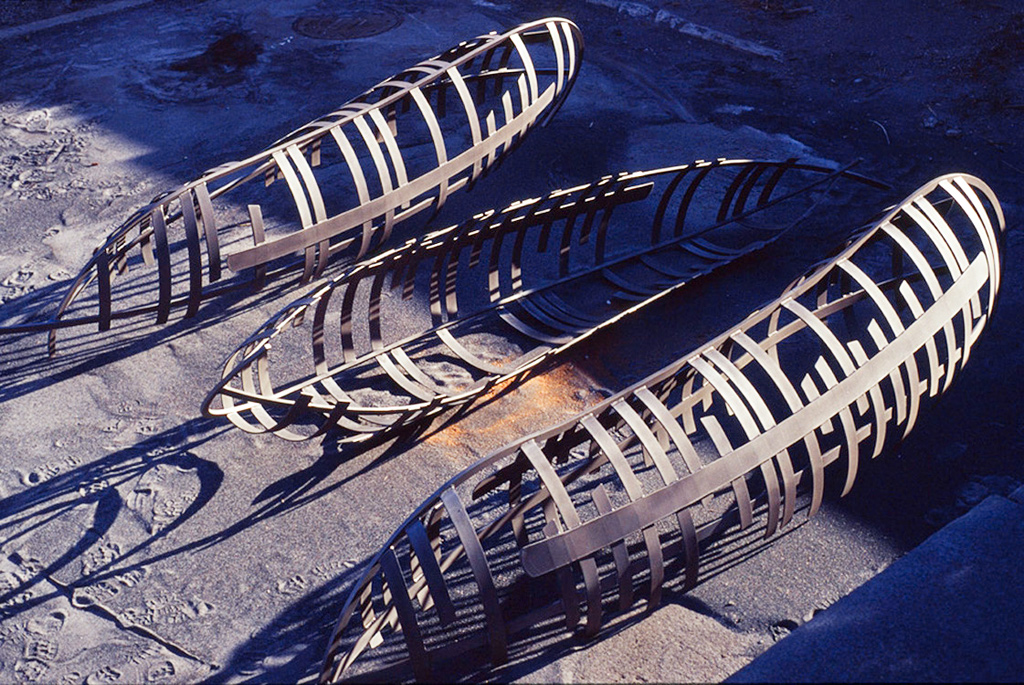 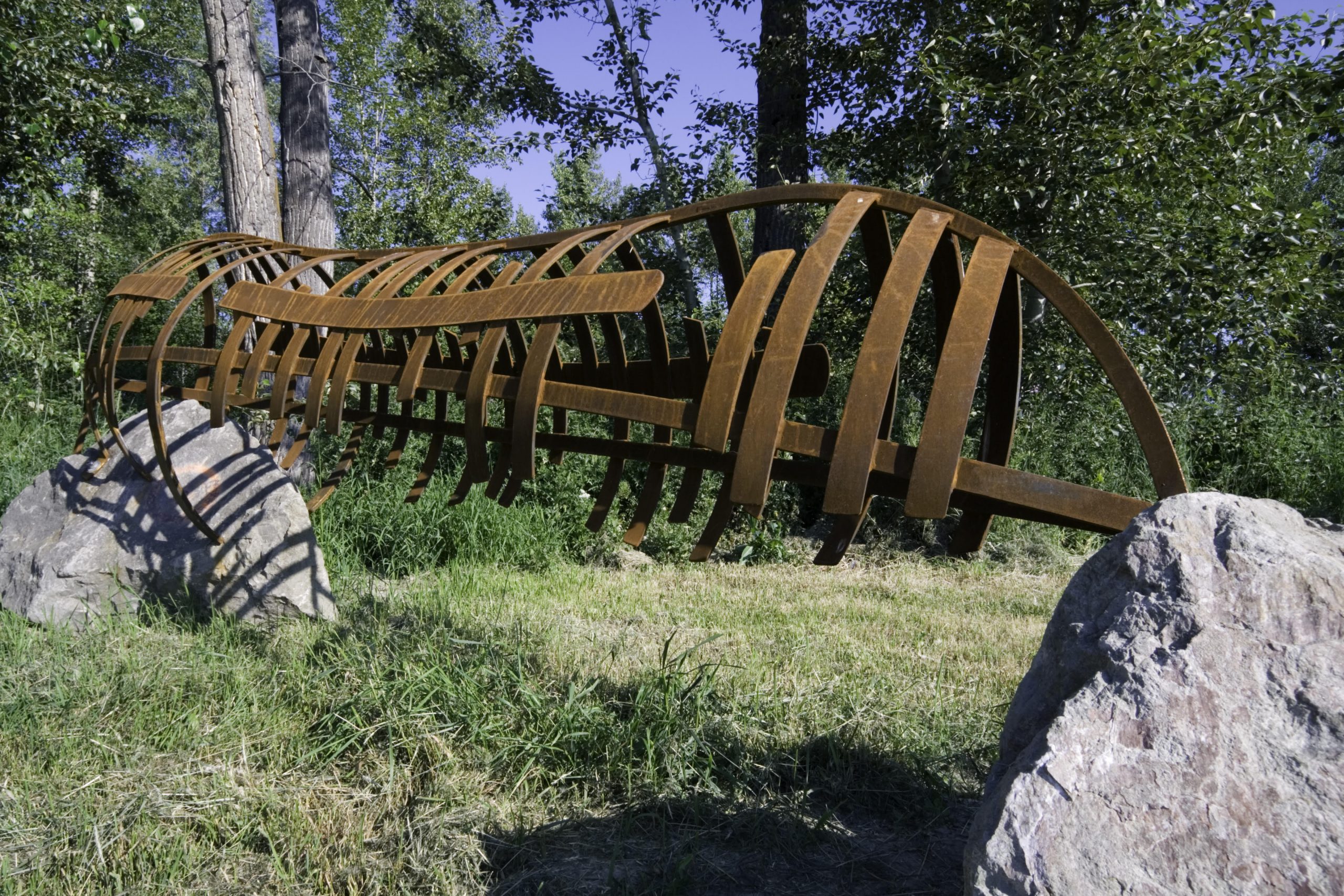 City of Kelowna, BC.

Goal was to connect the public to Nature, the cycles of the river and salmon runs.

The sculptures were fabricated in Toronto, then shipped and installed.

The goal of the project was to draw attention to the annual salmon runs in Mission Creek, an urban river and urban wilderness public park, in Kelowna, BC. Through three sculptures, evoking in abstract expressionist style, connections between canoes and kayaks, which people used on the river, to the shapes and forms of the salmon below. The forms I created are intentionally, fragmented, bridging the human-boat construction with the skeletal forms of fish/whales, because that is where human designed boats came from originally. There by connecting human urban culture with Nature, and origins.