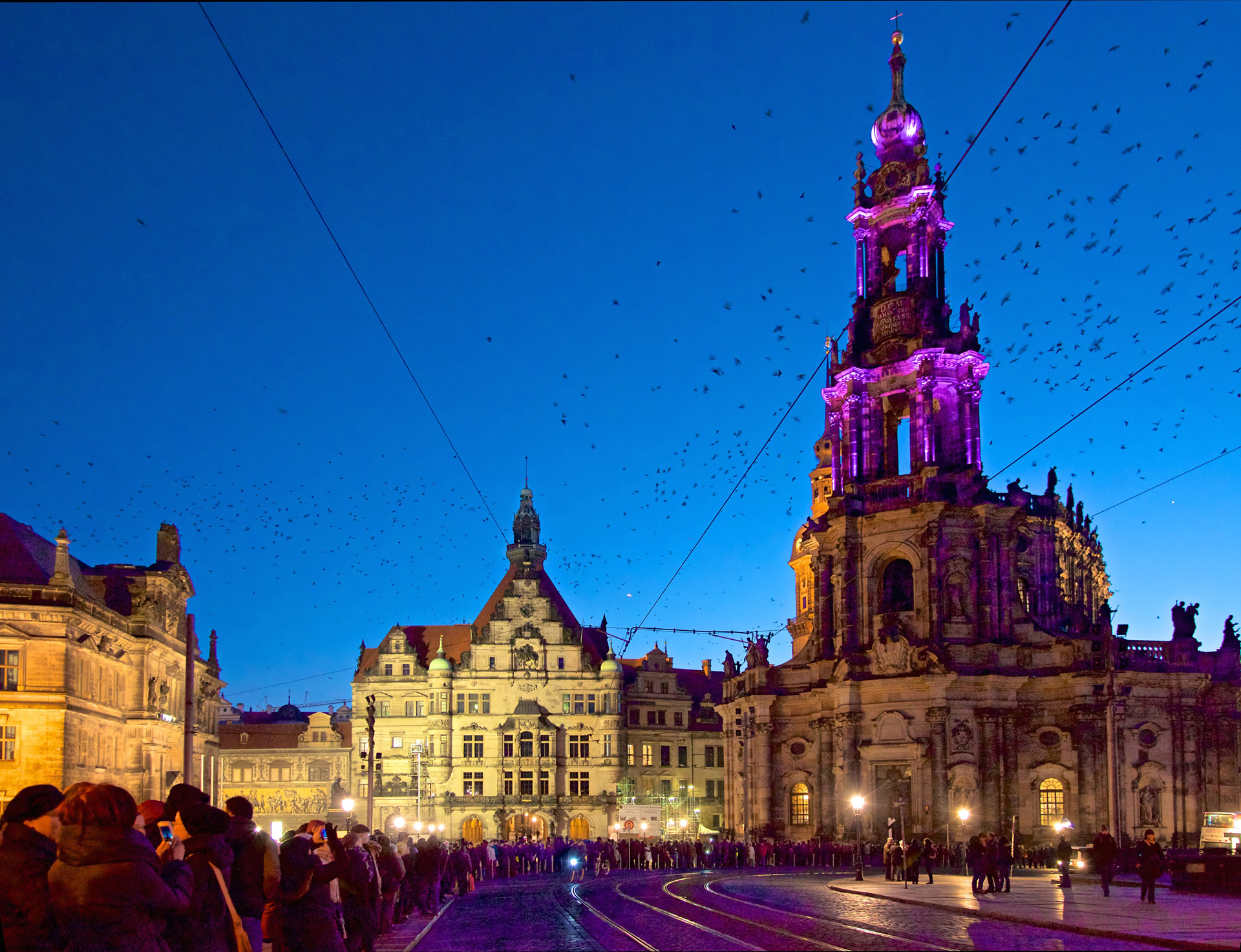 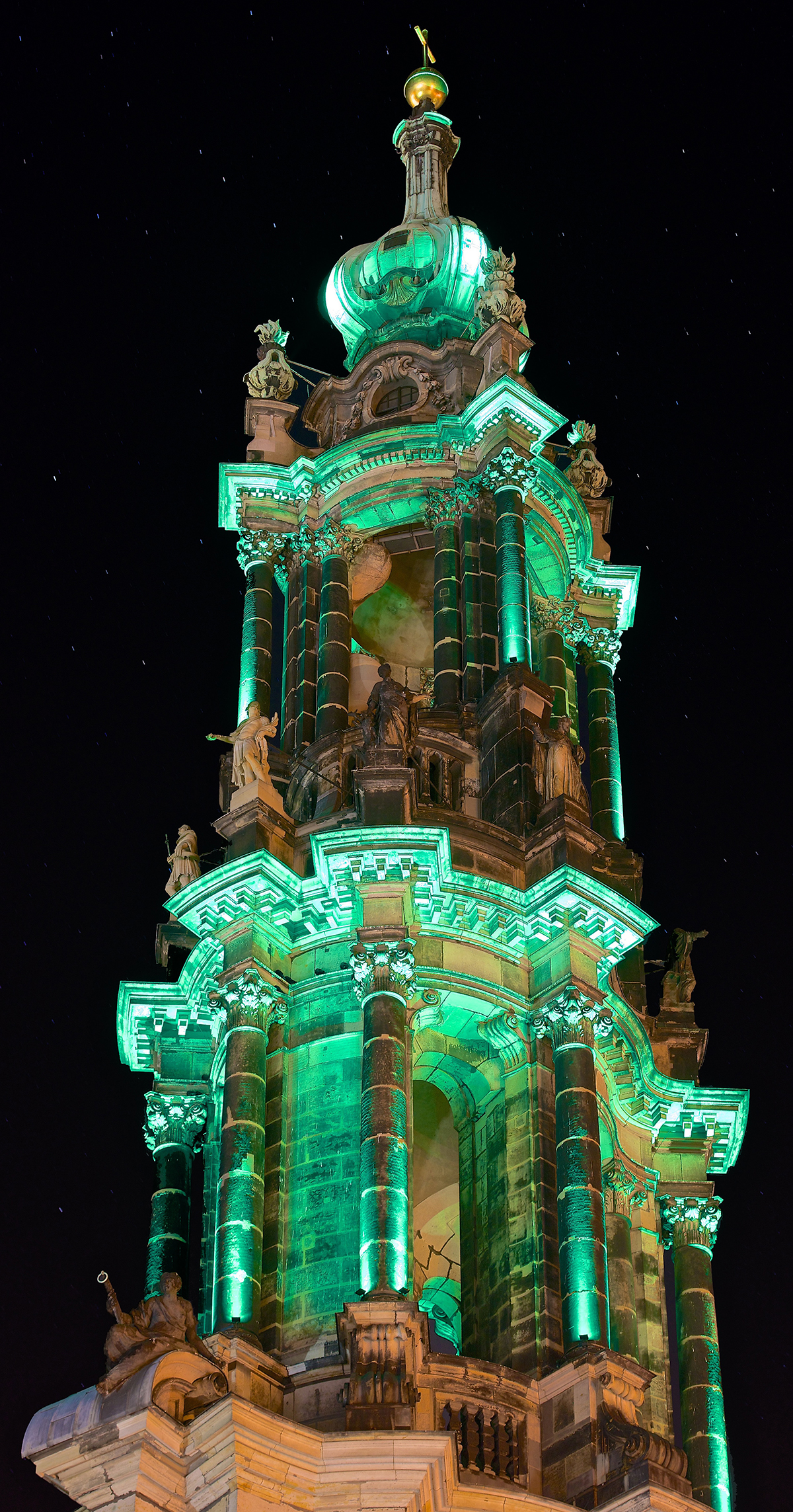 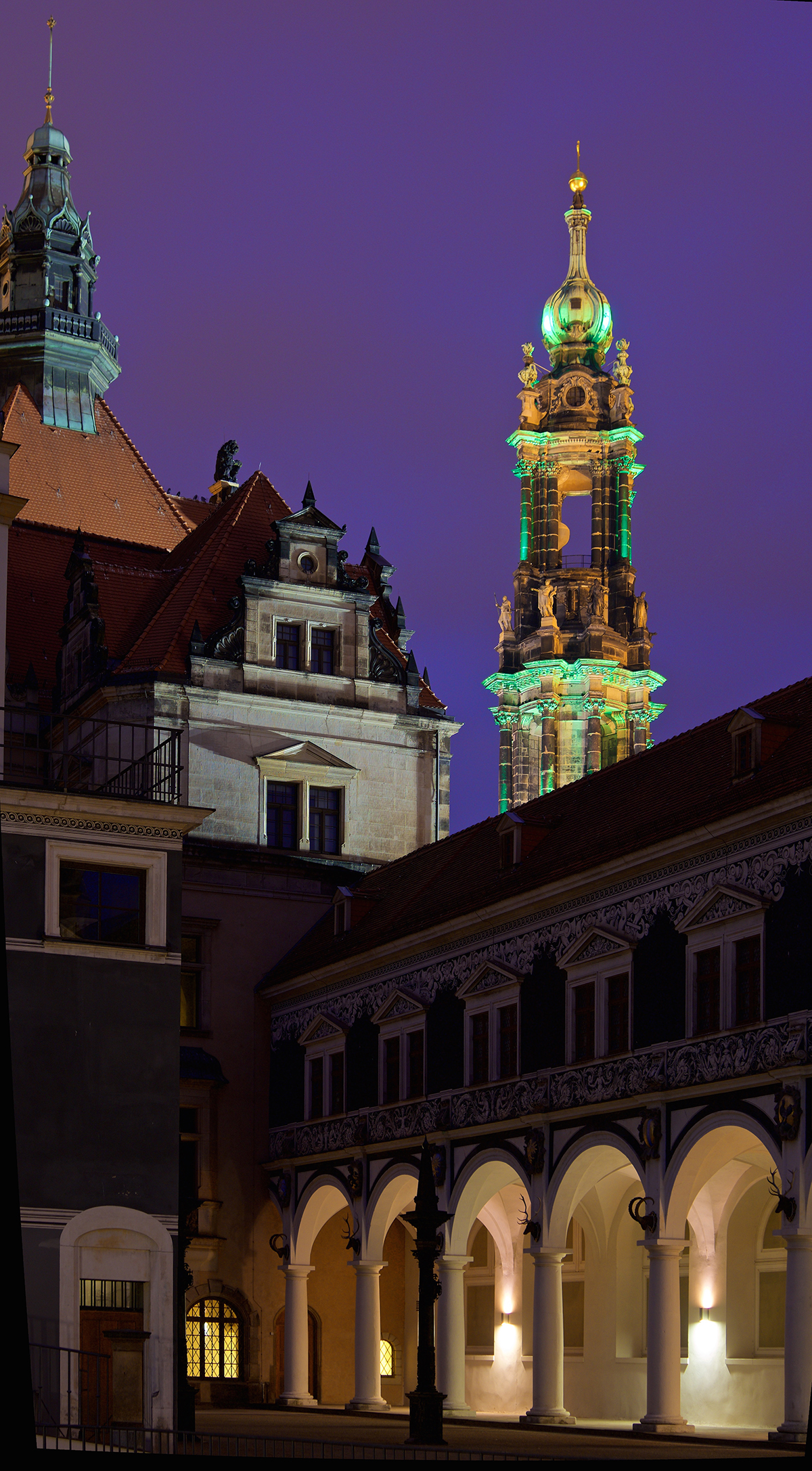 New York Foundation for the Arts

To mark the 70th annual observance of the devastating bombing of Dresden in the closing days of World War 2, Williams installed “Breath of Life/Dresden” at the historic Dresden Cathedral, transforming the facade with computer-controlled waves of light that made the Cathedral appear to breathe. Towering 275 feet above the heart of the city, it became an artwork on the scale of the cityscape, and arguably a moving vision in a city where tens of thousands suffocated in a searing firestorm.

Near the end of World War 2, three days and nights of Allied bombing created a devastating firestorm which incinerated Dresden and suffocated its victims. A Baroque city of unparalleled architectural treasures -- Florence on the Elbe -- Dresden's destruction was a profound loss to the cultural heritage of the world. The night of February 13, 2015, -- exactly 70 years since the bombing began -- 10,000 people formed a human-chain around the old city and the Cathedral as Williams' "breathing" light installation soared above. As a key component of Dresden's historic "silhouette"; the vision of one of Dresden's greatest historic landmarks -- destroyed in 1945, and painstakingly rebuilt in the 1980s - appearing to breathe, was profoundly moving. This highly visible public artwork linked two former adversaries from WWII -- the most deadly war in human history -- offering a breathing beacon of hope, and a compelling message for world peace. Said Williams, "as an artist, I see this project as a way of honoring the survival and renewal of one of Europe's most beautiful cities. In the end, it becomes an affirmation of life itself."

In 2011 Williams was commissioned to create a large scale outdoor installation in Columbus, OH. “Breath of Life/Columbus” was installed in 2012. During the planning process, Columbus Sister Cities International and Dresden Sister City Inc. commissioned Williams to travel to Dresden, Germany (sister city to Columbus) to research potential sites for a “sister installation” in Dresden. Working hand-in-hand with Dresden city officials and the provincial government of Saxony, Williams played a leading role in selecting the historic Dresden Cathedral Ss. Trinitatis as the project site. It took more than three years to obtain all necessary permits. Sponsors included: City of Dresden, Dresden Sister City Inc., Columbus Sister Cities International, U.S. Embassy in Berlin, anonymous foundation in NYC, among others. The artist hired lighting technicians from Coesfeld, Germany and a team of specialized installers (“climbers”) from Dresden to secure an array of energy-efficient, computer-controlled LED lighting fixtures onto the facade of the Cathedral. Working with a 7 person French film crew and director from New York, a documentary film on the project is currently in development. Williams developed his concept for simulating breath with light during a sabbatical in Paris in 2009.

Past shadows present in Germany, no more darkly than in Dresden. Sparked by the World War II firebombing of that royal Saxon city, Neo-Nazis rally there, making it a flashpoint of rising nationalism. One American artist, granted rare permission, uses the historic Dresden Cathedral as a monumental canvas to shine a luminous, breathing message of reconciliation. Can art help illuminate a path to peace? “Breath of Life/Dresden” was a Nominee for the 2015 Global Fine Art Awards. They called it “an emblematic artwork of timeless and far-reaching importance.” View all Williams’ work at www.stuartwilliamsart.com