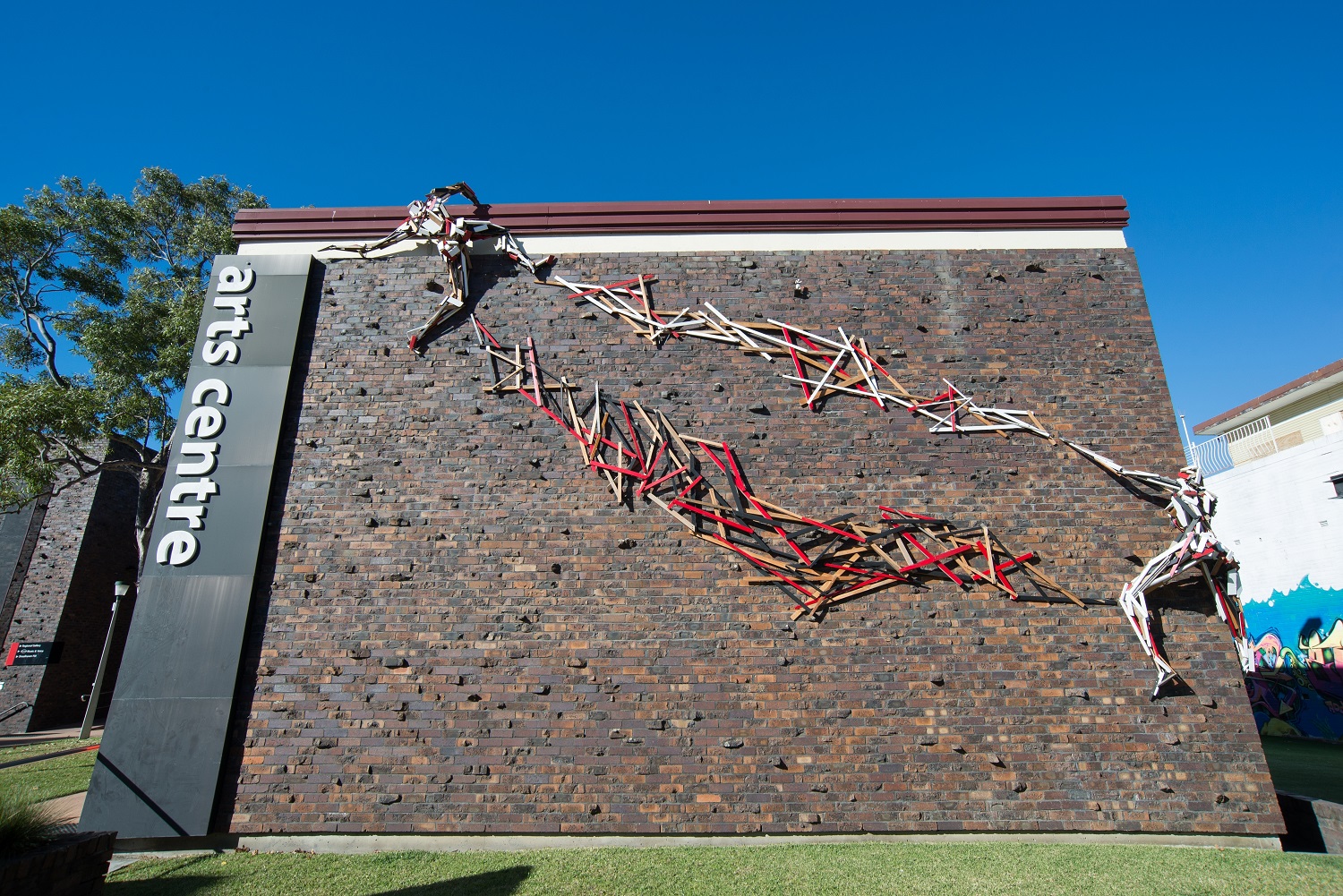 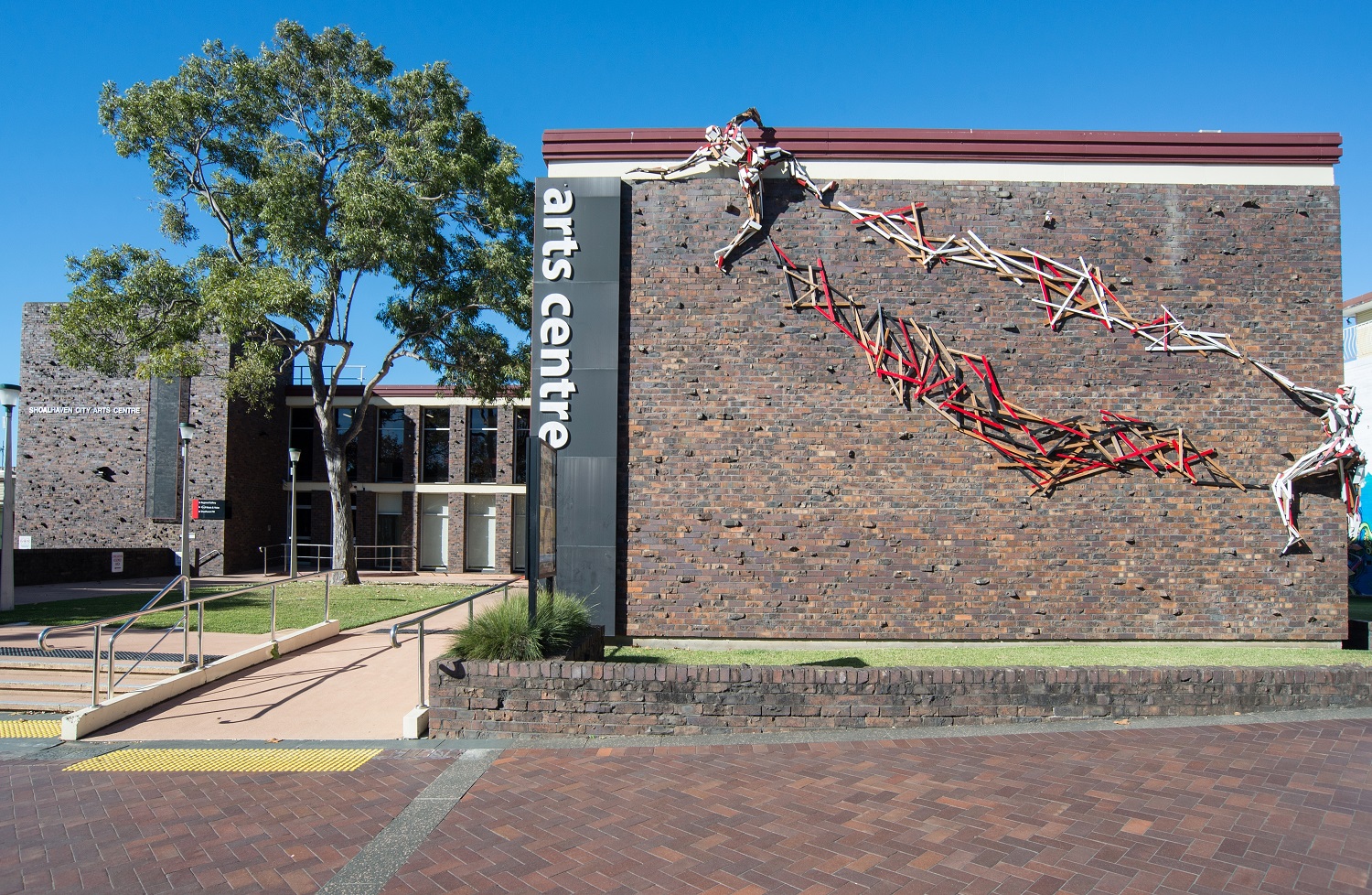 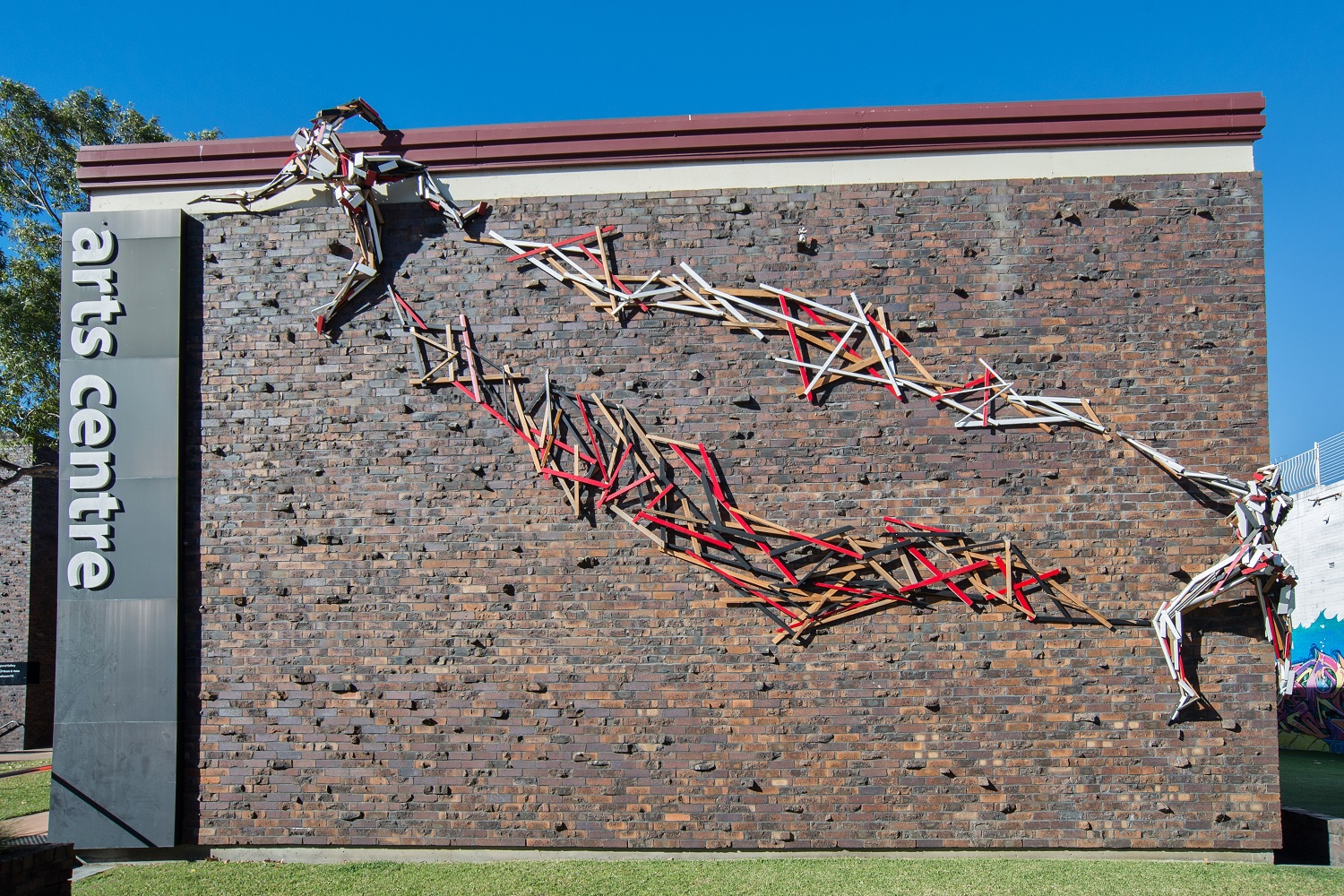 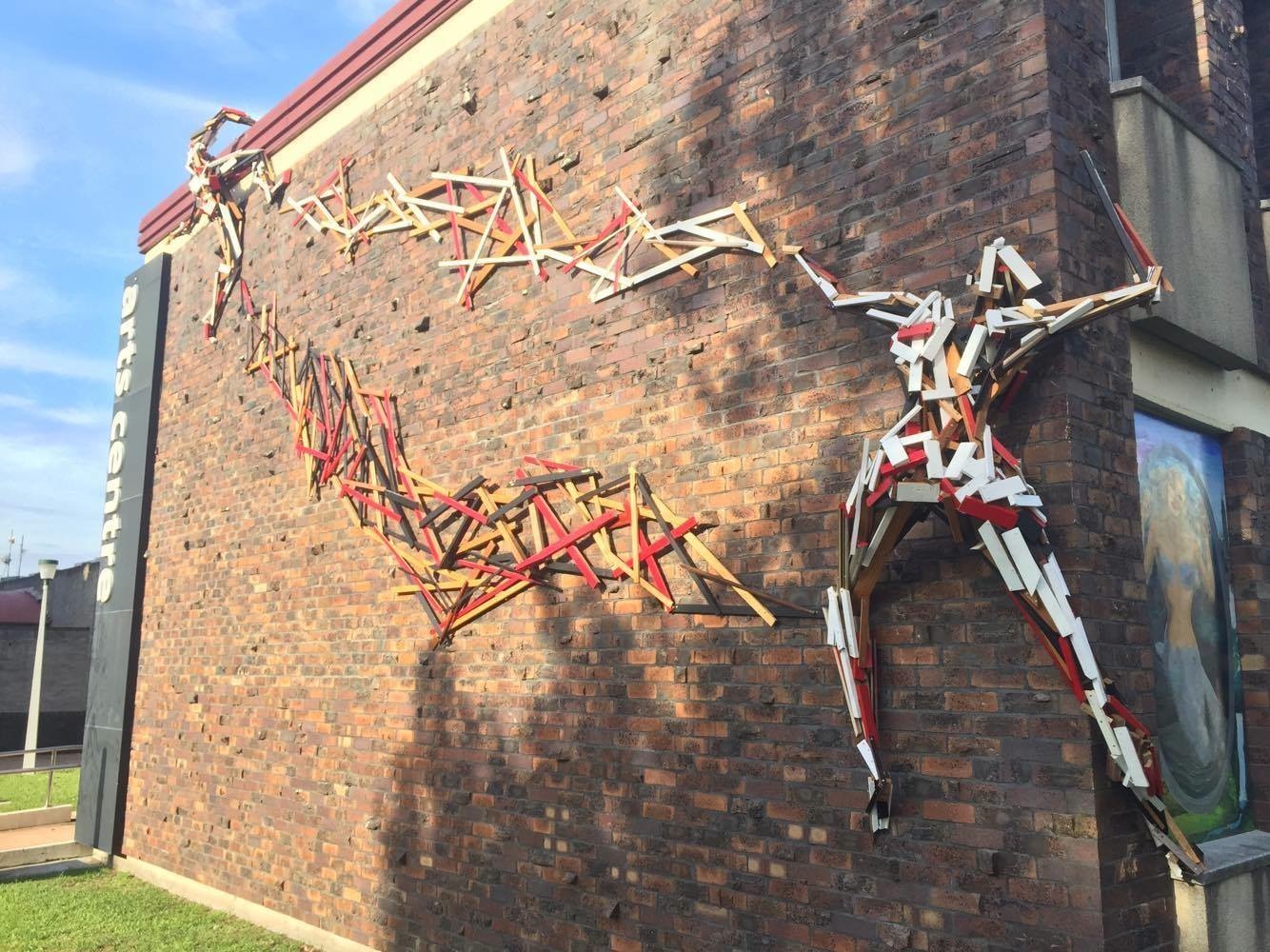 Commissioned by Shoalhaven City Council, Quasi Dependence is a large-scale, site-specific sculptural installation created from recycled timber on the outdoor feature of the Shoalhaven Regional Gallery. The artwork remained on public display for two years.

Working in response to the feature wall the artwork depicts an abstract, expressive representation of two figures interacting with the unique space.

The architectural site is treated as a physical representation of a psychological space which the two figures enter into together. They explore the concepts of captivation, pursuit, struggle and also balance and symbiotic human connection in the face of adversity.

Aesthetically the installation communicates a dramatic and playful chase. One figure is shown clinging to the edge of the roof and the other is peeking around the corner starting the ascent in pursuit. The abstract timber formations stretching between the two figures represents fragmented, emotionally charged energy running between them.
The installation captures the illusion of movement due to the positions of the figures and also the construction of the material which appear to be thousands of expressive marks brought together to form an image.

Elyssa Sykes-Smith was invited to create this artwork by the Shoalhaven Regional Gallery. The process entailed working in collaboration with the exhibition team to plan and install the artwork. A thorough site-visit was required to plan the artwork which included taking photos, videos and measurements of the site, and discussing the limitations regarding fixing elements to the site and safety issues for the public and vandalism risk for the artwork. The artwork was pre-fabricated in the artists studio in many sections and then delivered to the site, where the artwork was constructed onsite with a team of installers over one day. Engineering sign off was required. The artwork was presented to the public for 2 years and received high visitation and positive response from the public, critics and the media.