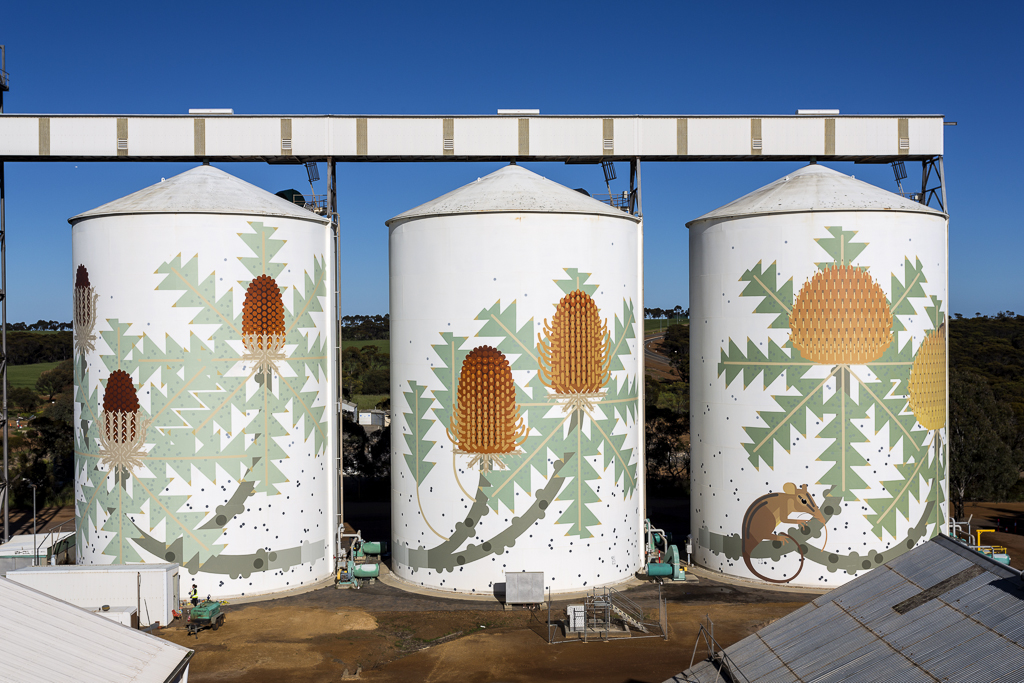 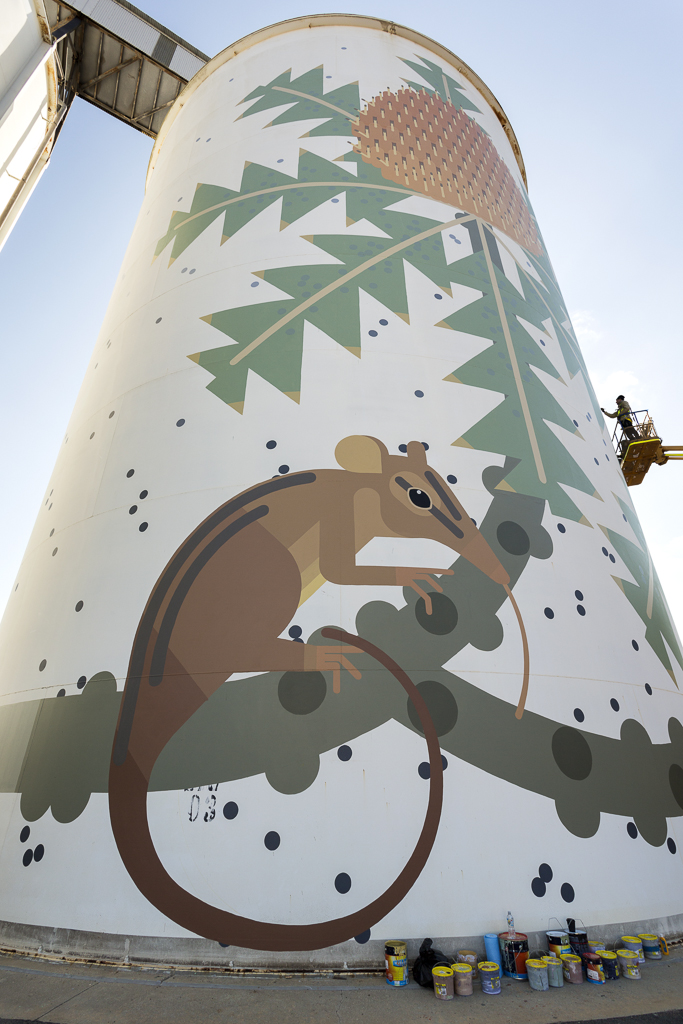 FORM Building A State of Creativity

FORM Building A State of Creativity

Integrating the artwork with the silos was crucial to the success of this project. Due to the scale and visibility of the silos, a large scale mural painted directly onto the surface was the most effective way of achieving the project’s goals. These goals include increasing visitation to the area and promoting the region's strong links to wildflowers; as well as exposing a non-traditional arts audience to this form of artwork, and encouraging the development of the selected artist’s practice. To achieve this the mural incorporated native Western Australian wildlife and flowers to fit with the region’s strong links and connection to wildflowers. PUBLIC Art in Ravensthorpe's silo mural sits within the Fitzgerald Biosphere, an area of internationally significant biodiversity situated at the border of the Goldfields-Esperance and Great Southern regions, an area containing around 20 per cent of Western Australia’s native plant species. This ensured the artwork was intrinsically linked to its immediate environment and community.

PUBLIC Art In Ravensthorpe took 31 days, 338 litres of paint and countless trips up and down the silos in a knuckle boom.This film, shot for FORM by Peacock Visuals in August and September 2016, documents Amok Island’s month of painting and finished mural. PUBLIC Art in Ravensthorpe is the second in a series of monumental street art murals on CBH grain silos across Western Australia launched by FORM in partnership with CBH Group over the past 18 months. The first PUBLIC art in the Wheatbelt, was Australia’s first silo mural project and was painted in the Wheatbelt community of Northam, in April 2015.

The artwork encircles the three silos infinitely, with the final silo marking the beginning once again of the first, making a connection with the cycle of the seasons and grain farming processes this area is known for.Each side of the three silos shows a different stage in the flowering cycle of this species of Banksia, which is only found between Esperance and Albany. From flower buds to full bloom to seedpods developing, drying out and opening. The animals are this species’ main pollinators; the Honey Possum and New Holland Honeyeater.