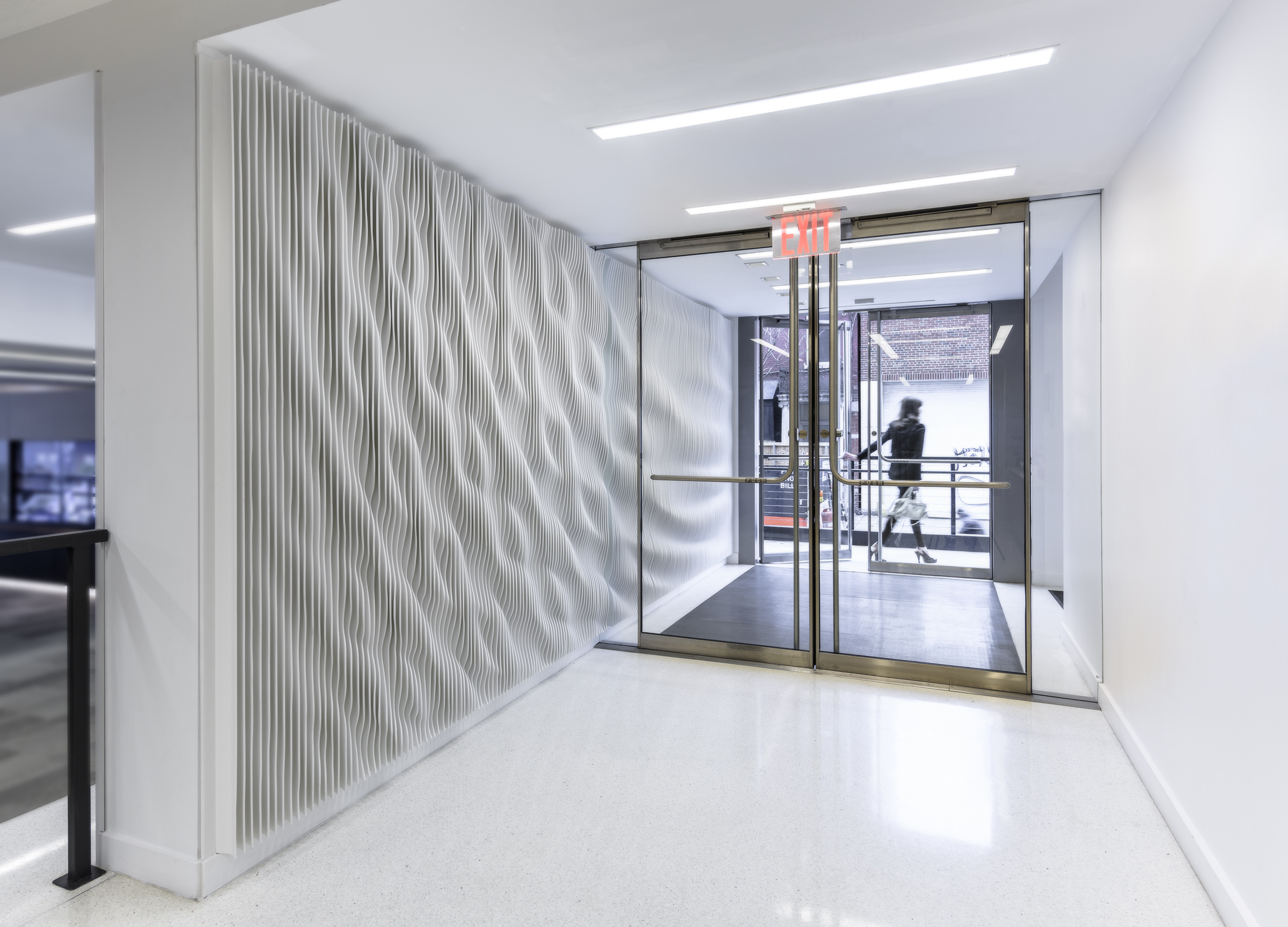 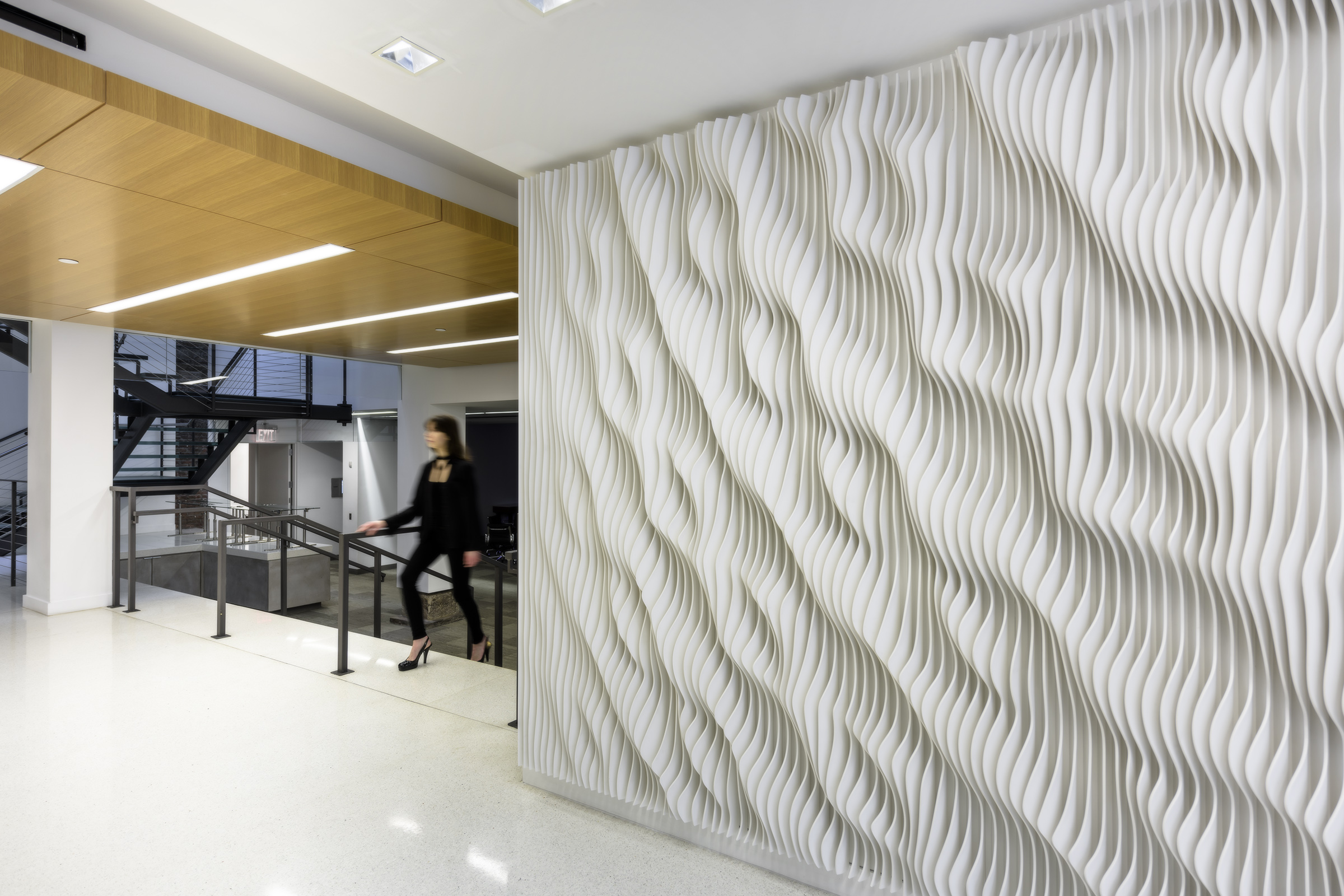 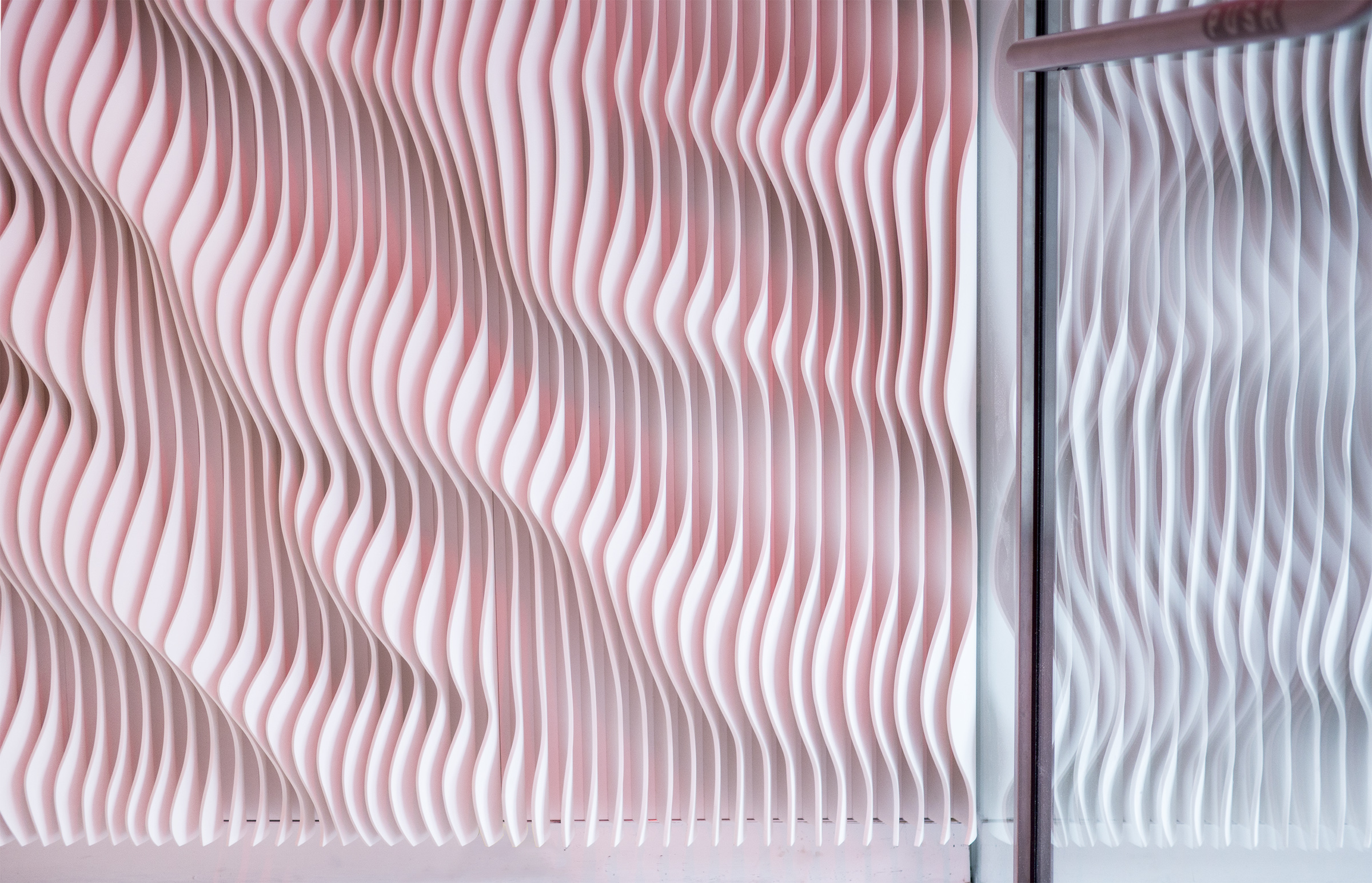 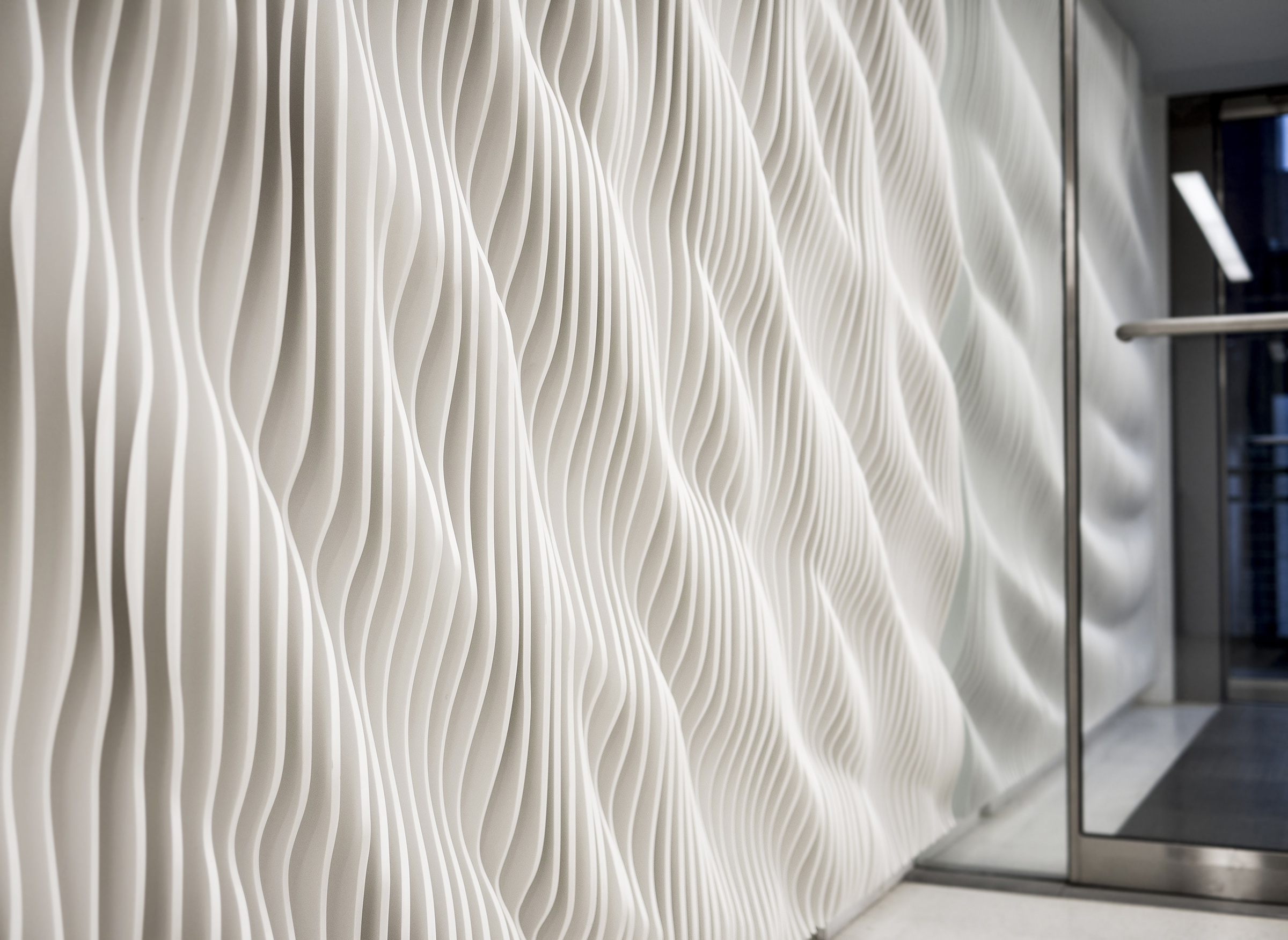 My studio was commissioned to create and install a main entry wall piece that would connect the lobby to the main entrance on the street.

My studio was contacted by i4D who was working with HP in New York on their new facility, located in the meat packing district. They were nearing completion on a renovated building and saw the potential for a significant art piece located at the street level entry of their new facility. We worked through a series of ideas and gravitated towards a gradient art wall that would be influenced by an underlying principle of randomness within the highly logical world of computation.