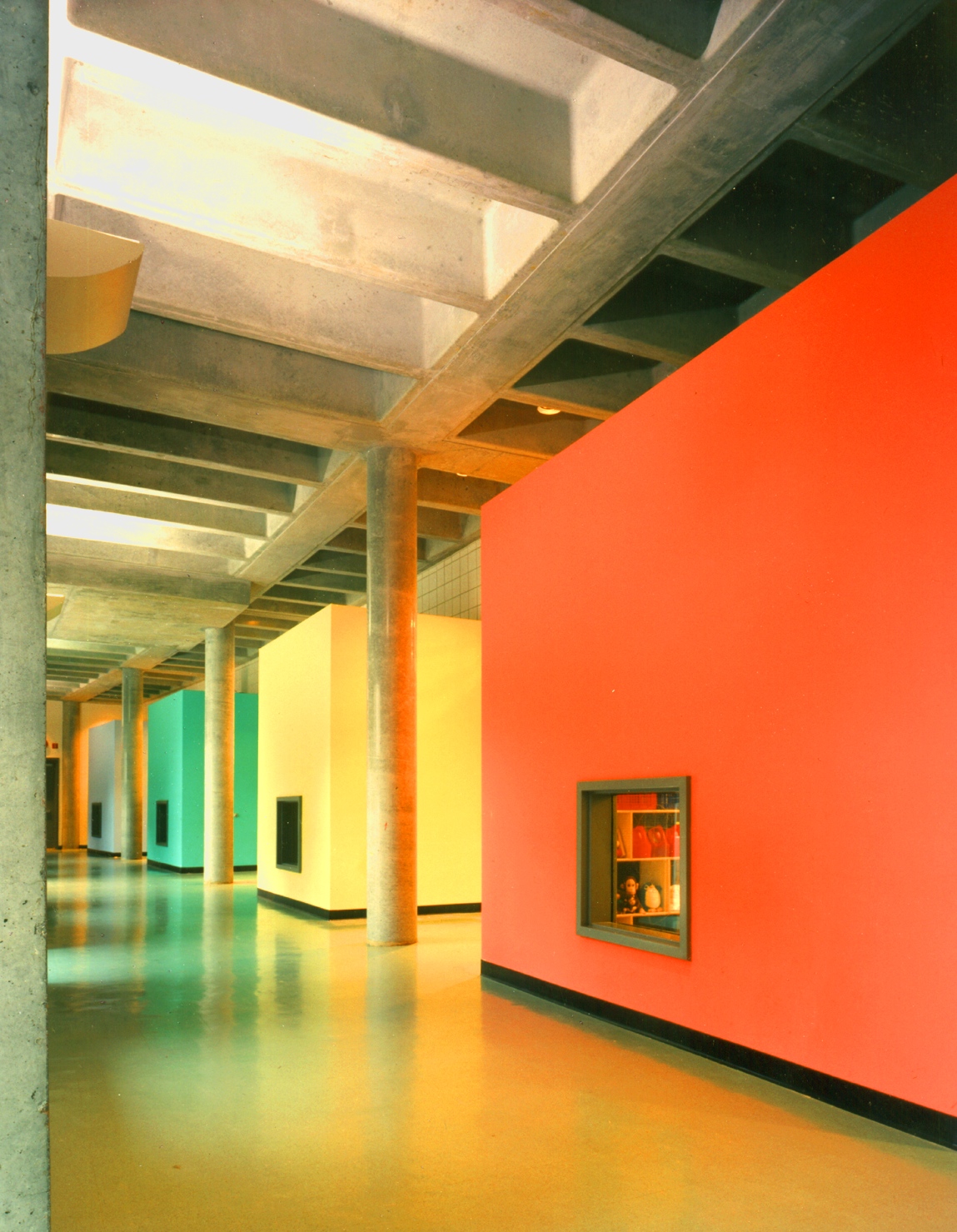 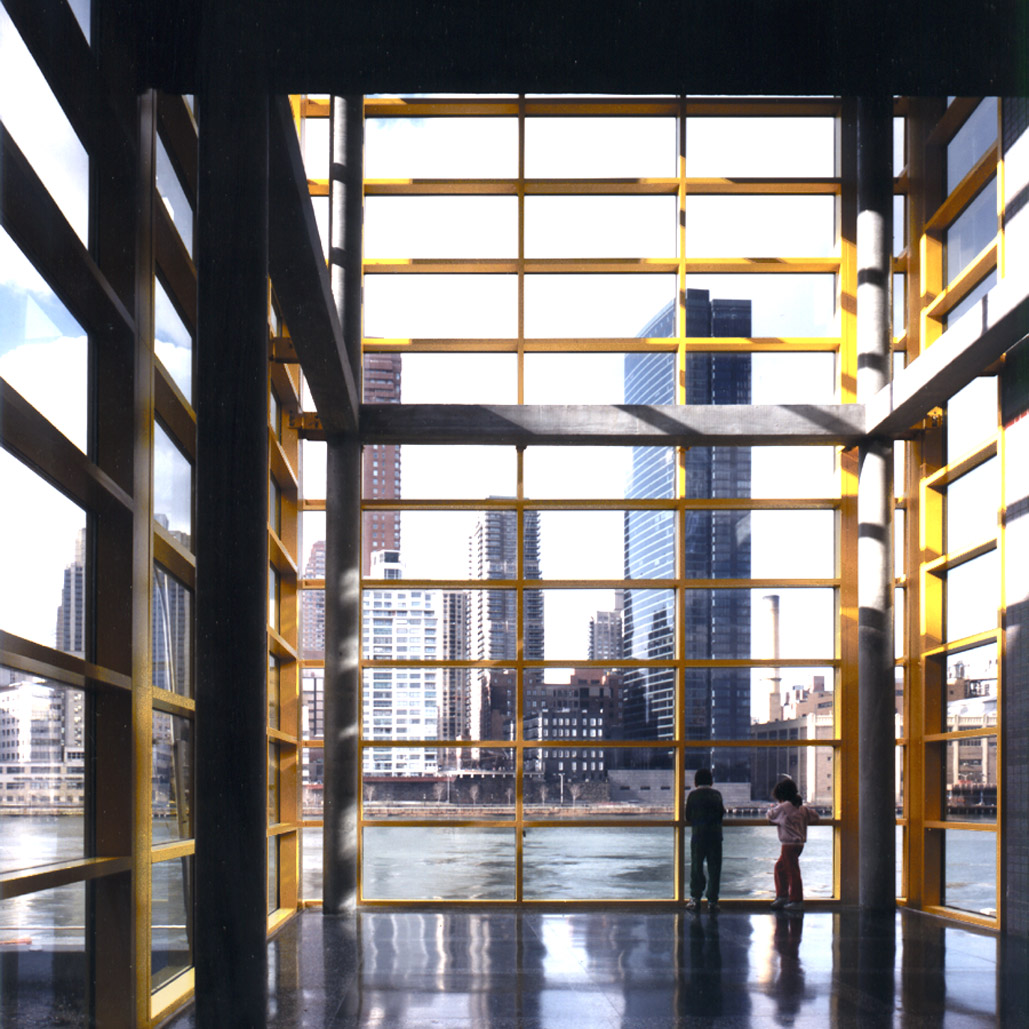 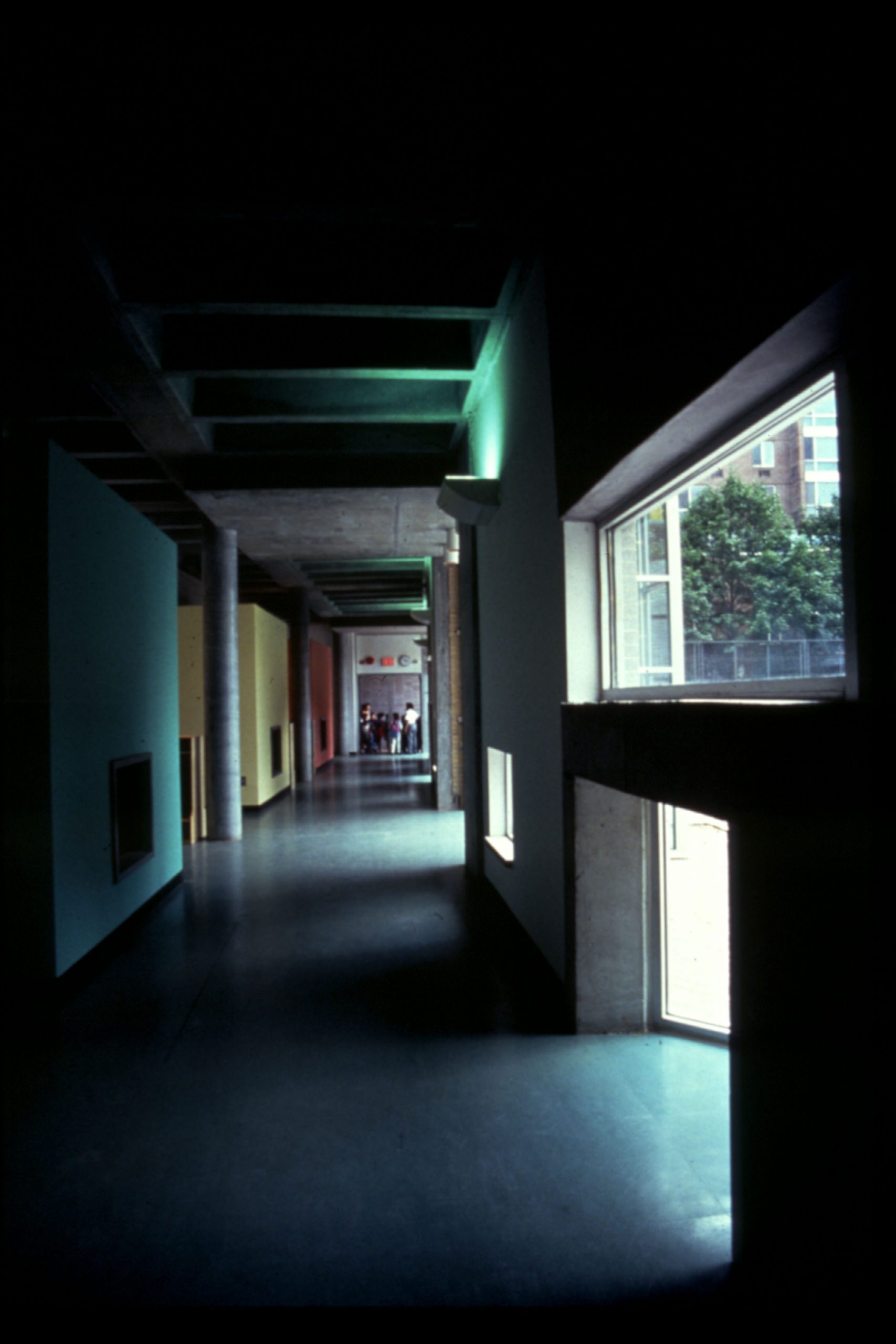 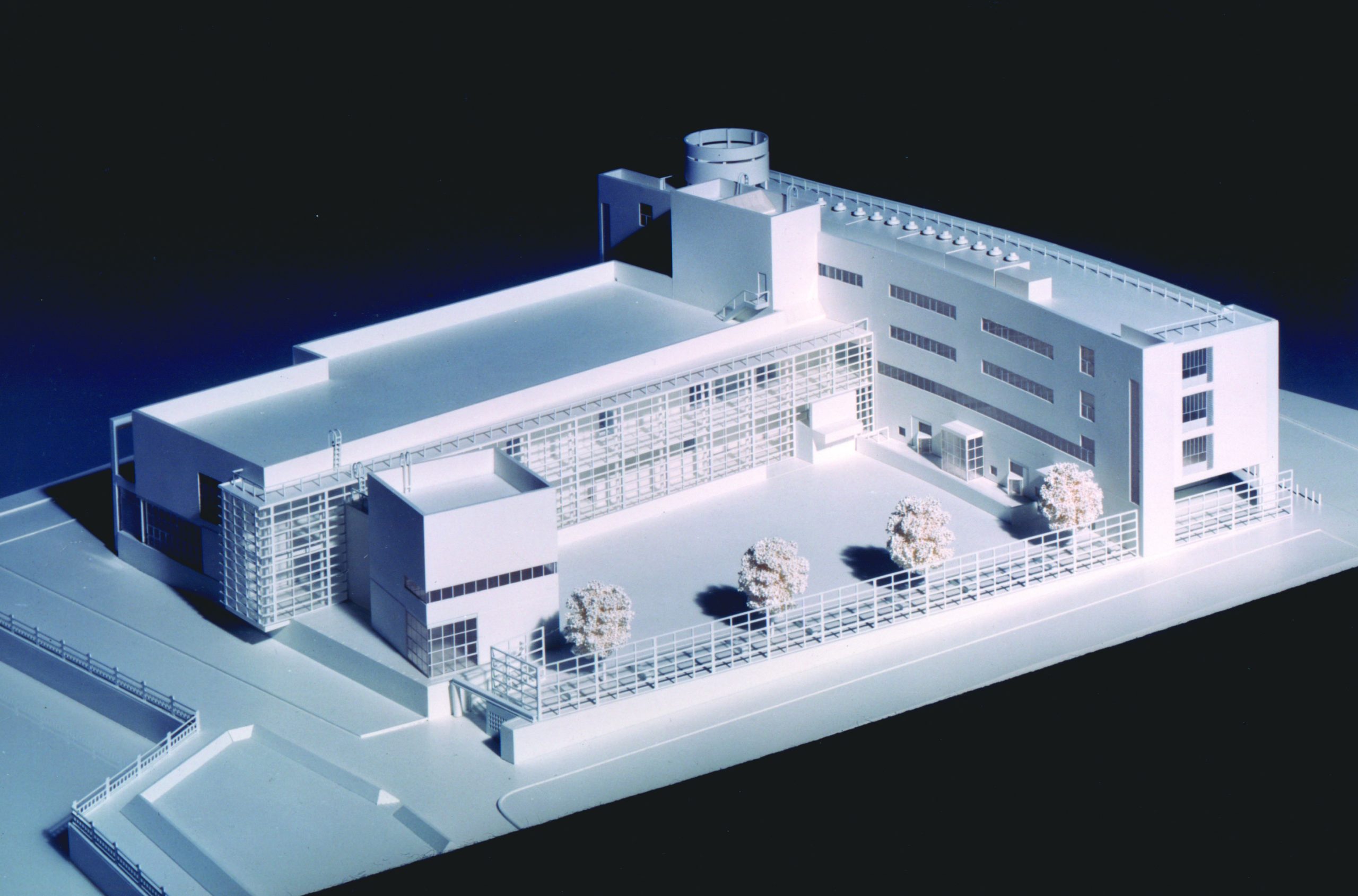 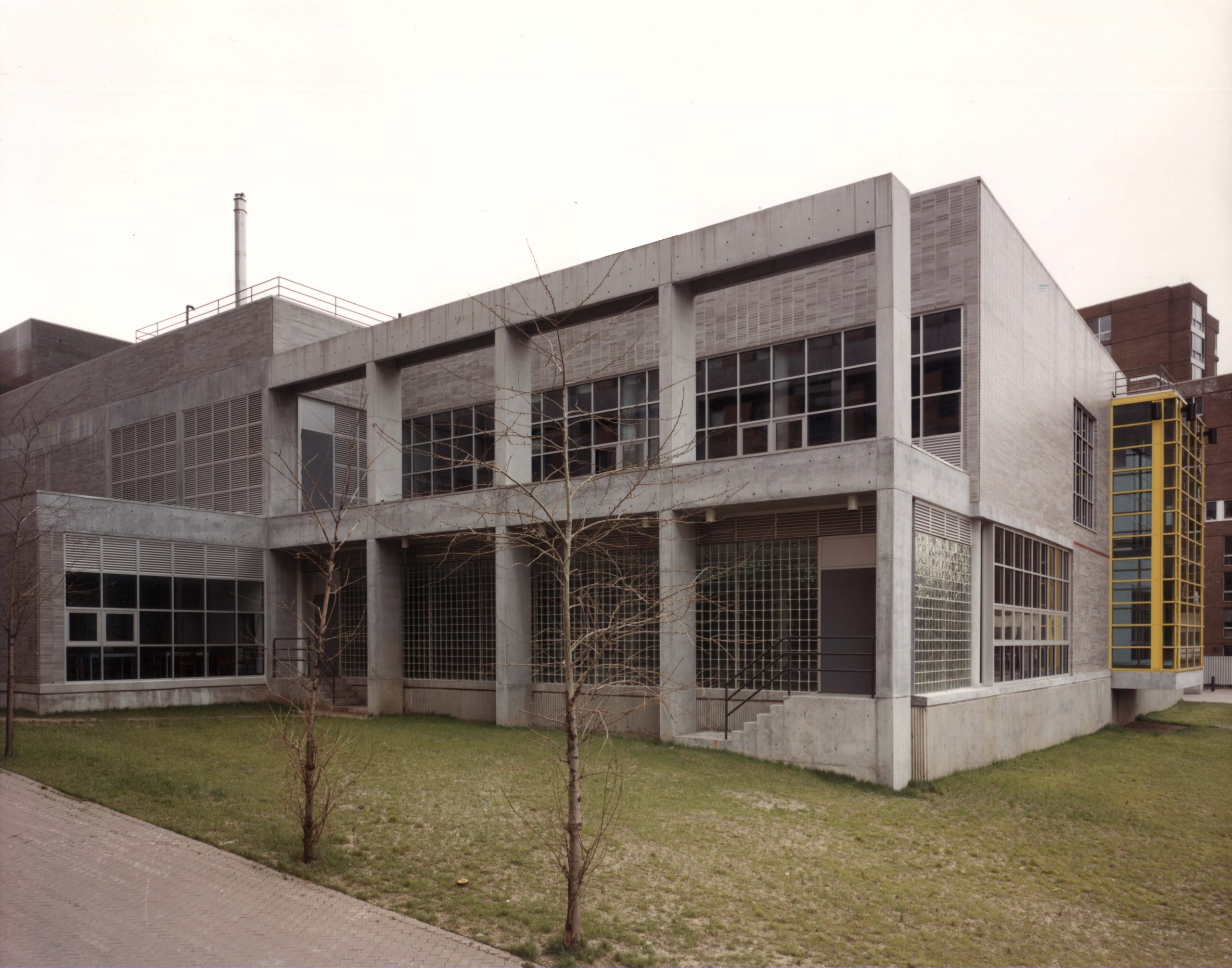 The New York City School Construction Authority had just been formed. A new building and implementation program needed a pilot project to demonstrate its effectiveness. An extraordinary site was available — on Main Street of Roosevelt Island, overlooking the Manhattan skyline, calling for a Primary/Intermediate School serving 849 students. Through competition, we were retained as architects. A mini campus approach that retains the village atmosphere was developed. A 110,000 sq.ft. four- story complex articulated: 1) Classroom Building, 2) Promenade; 3) Commons Building; 4) Arts Pavilion; 5) Playground. Distinct forms based on functionl became a tool for learning.

A strategic question we asked of ourselves was "what does this area and the building
relationships want to be", particularly because the program was intended to form an
important part in the story of progress and growth for new city schools. It was to
represent change and progress where freshness, lightness, openness, direction and
ease of visual connection would allow for an ambitious program to be sensitively
woven in to the existing fabric It was to speak to rejuvenation.

The designer was the individual who developed the color palette, and hence the colors formed an integral part in the architectural development.